How Do Cats Remember Where They Live?

We’ve all heard the amazing stories of cats traveling long distances to return home. Even in unfamiliar areas, our savvy feline friends seem to have a gift for knowing where they’re going. We hope this gift comes into play if our inside cats ever get out, and we rely on it every day when we allow our outside cats the freedom to roam. Of course, there are still so many cats that get lost and are never found. This directional ability isn’t guaranteed or fool-proof, but we can’t deny that cats seem to have a better sense of direction than most humans. We doubt cats spend their evenings memorizing local maps, so how do they do it? Keep reading if you’re interested in learning how cats remember where they live. There are several species of animal that have what we call a homing instinct. This is an ability to navigate and know directions using an ability that’s separate than the typical five senses of smell, sight, taste, touch, and hearing.

Homing pigeons are one of the world’s greatest examples of a built-in homing instinct. Scientists believe these feathered messengers find their way by using both the sun and the Earth’s magnetic field. Pigeons are the most famous directionally-gifted animals, but they’re not the only ones. Salmon, rats, and bees are also skilled navigators.

Some scientists also believe cats have their own homing instinct. The details behind this impressive ability, however, are still a mystery. Unfortunately, there’s no scientific evidence to tell us whether or not cats have some kind of ingrained GPS or how it works. So far, there are two notable studies on how cats navigate, but neither gives us the kind of detailed explanation we’re really looking for.

The first study took place in 1922. Nearly 100 years ago, Professor Frances Herrick observed how mother cats could instinctually find their way back to their litters. In his experiment, he transported the mother cats 1-4 miles away and found that in most cases, they did not need help finding their way back.

A second study, completed in 1954, tested feline ability to navigate a maze. The maze had several openings, but the cats always seemed to make their way back to their home area before exiting. 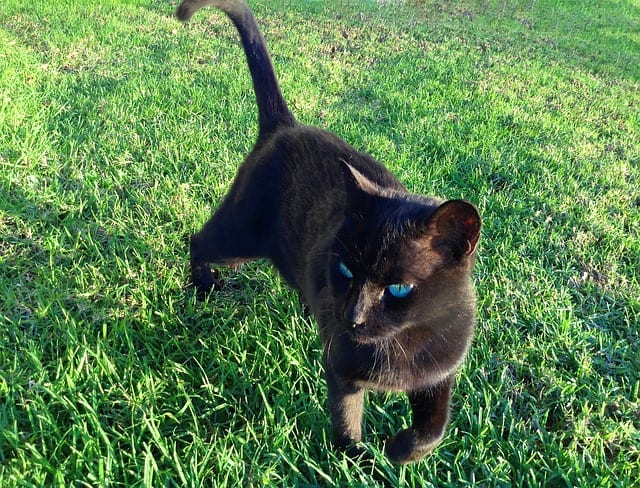 The bottom line is, we still don’t know how cats can be miles away and remember where they live. In some cases, it makes sense that cats simply remember where they’re going. Most evidence suggests cats have respectable long-term memories. They can remember their favorite humans even if they haven’t seen them for a while, and they can recall where they last saw the bag of treats.

This suggests that outside cats especially can remember landmarks that can lead them back home. If they spend a significant amount of time exploring nearby territory, they’ll eventually become familiar with the area and gain a general sense of where they’re going and where they want to go.

But that doesn’t explain how cats who have never been outside still manage to find their way back home. It also doesn’t tell us how cats travel miles and miles and still remember where they live.

While there’s no proof, there are other theories that researchers say could come into play when a cat needs to remember where they live. 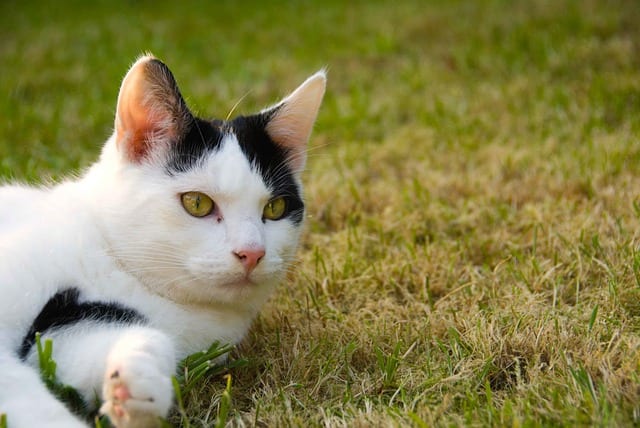 Cats have a great sense of smell, and they’re big fans of spreading their personal scent. Outside cats mark their territory with urine and rub up against objects to leave behind specific scent markers. It’s likely that they use these scent markers to know where they are and where they’re going. It’s theorized that they can follow their own scent trails all the way back home.

Their powerful sense of smell is also why it’s recommended to put a lost cat’s litter box or favorite blanket outside. Those familiar scents could help them remember where they live.

Another theory is that cats are among the animals that can naturally sense the Earth’s magnetic field. Cats have iron in their inner ears and skin, and some scientists believe those trace minerals serve in navigation similar to how iron in a homing pigeon’s beak helps them find their way.

This ability would work like an inner compass that would instinctively tell a cat which direction they’re going. If they somehow knew which direction home is in, it wouldn’t be a far stretch to believe this inner compass could point them in the right direction. Hard evidence for this theory, however, is in short supply.

For now, we can’t know for sure exactly how cats remember where they live. We also don’t know why some cats are better at navigation than others. What we do know, however, is that this skill isn’t foolproof. Cats get lost every day. If they’re scared out of their familiar territory, there’s no guarantee they can find their way back. If you’re concerned about keeping your cat close, it’s best to only let them outside on a leash.

Why Does My Cat Cry Out For Me In My Home?

Feline Incontinence: Why Is My Cat Leaking Urine?