When it comes to cats, sometimes they find their way right into our lives. But for those of us who aren’t lucky enough to have the perfect cat show up on our doorstep, we have to seek them out. Of course you can go the breeder route if you have specific hopes/desires in mind, but by doing so, the millions of shelter cats across the globe go without a home to call their own. If you’re an advocate for adoption, then I know I’m speaking to the choir on this one. Keeping reading to find my five reasons why you should adopt your next cat… 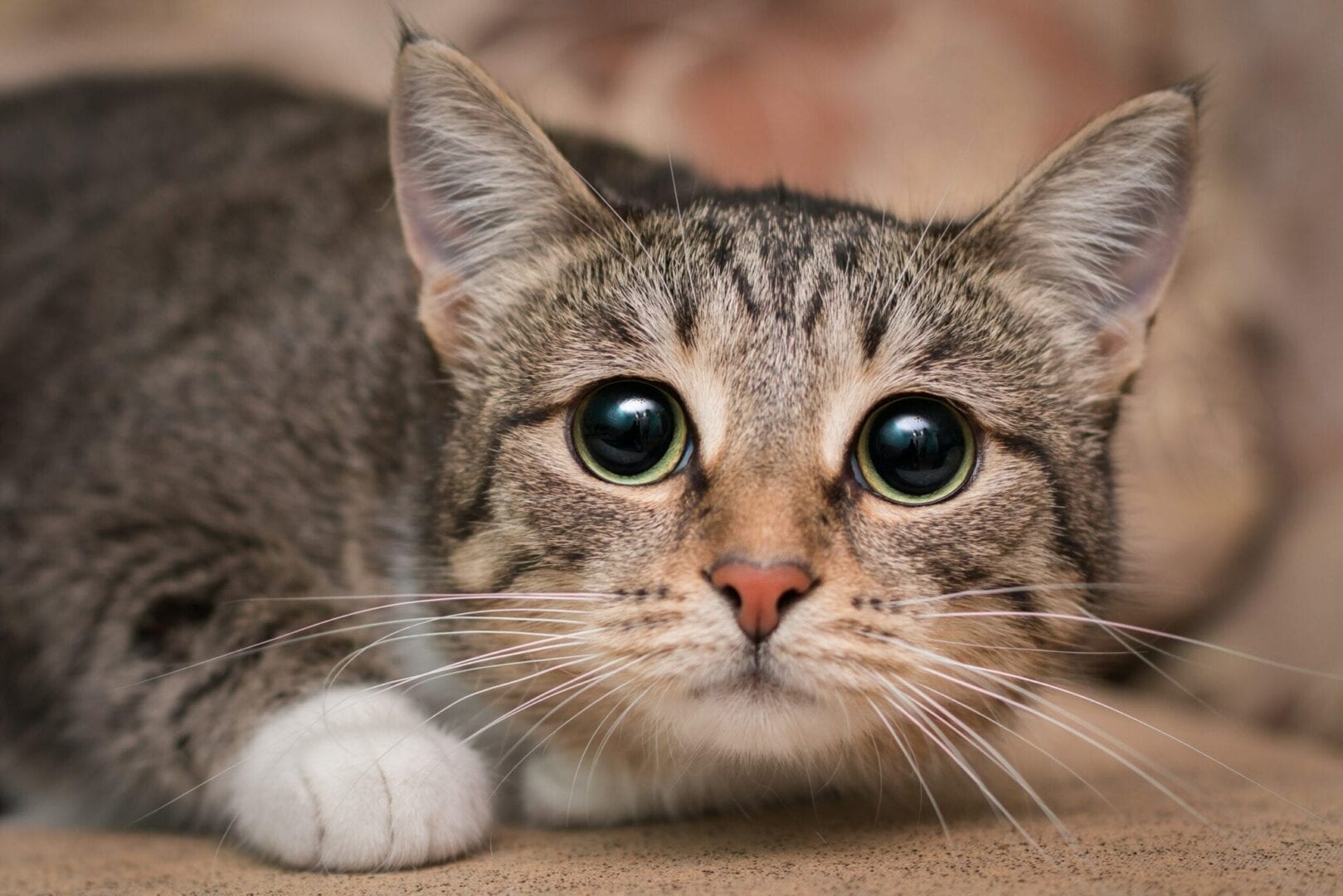 If you adopt your next cat, you’re literally saving a life

This is the truth here, and it’s a big one. Each day across the globe, cats and kittens are dumped, surrender, and picked up by shelters/rescues/animal control. The number of unwanted litters of kittens is still a very serious problem in the feline world—and given the fact that an unspayed female cat can produce up to five litters per year, it’s far more than serious. I mean, that’s a LOT of kittens! So, when you adopt your next cat from the animal shelter, you’re putting an end to the cycle by saving a life, controlling the pet population, and allowing a cat to have a chance at a real life. Euthanasia is NOT something that an animal shelter wants, it’s done because of the harsh truth that there is limited space and funding. You can make a difference in the lives of cats—so do it! 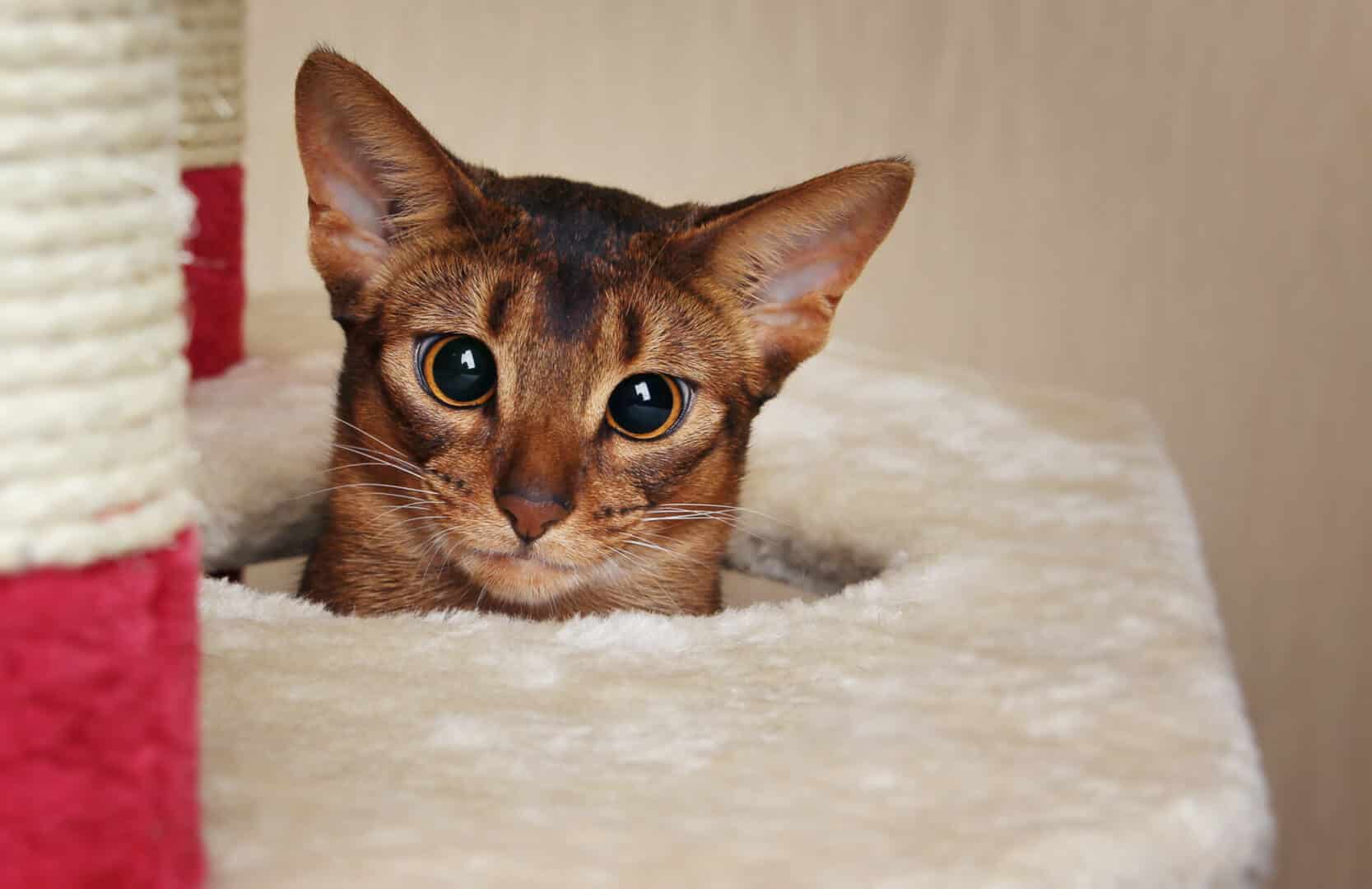 Some of the most beautiful cats are shelter cats—including purebreds!

Not to sound self-righteous, but I preach this one time and time again. And why?? Because there are SO many absolutely gorgeous shelter cats! And not only that, but there are so many purebred and purebred mix cats at shelters just hoping to find their forever home. The reality is, there are times that people are dead set on having a purebred cat. They’ll get said cat, no matter the cost, and the novelty will wear off over time. Or, they’ll move, realize they have cat allergies, etc., etc. For myself, I’ve always had my heart set on a Maine Coon cat, but I didn’t have it in my heart to go to a breeder since I’ve volunteered at shelters and know firsthand just how tragic the homeless cat situation is. As a matter of fact, that’s the very reason I started CattitudeDaily, because I felt the more people knew and understood about cats, the more cats would find homes or be less at risk of being rehomed.

In late 2013, I decided I was ready to open my heart and my home to a new feline friend. And I didn’t want a tiny kitten, I wanted a full-grown cat that needed a home. So, I looked around online for adoptable cats, but kept turning up short. He/She was out there, but I just hadn’t found them yet! I remember walking into a PetSmart on the weekend for one of their adoption events.

And that’s when I saw him…the most perfect, fluffy, happy, playful cat I’d ever seen in all his tabby orange glory. It was the one! 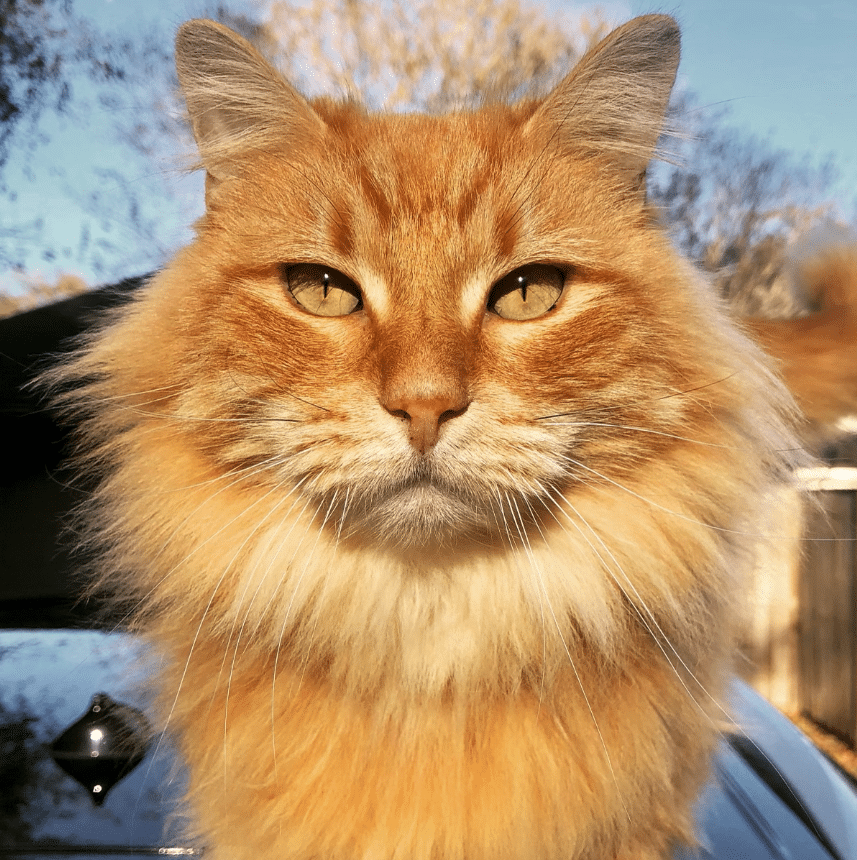 I adopted him right then and there, but when I asked his story, I couldn’t fight back the tears. I asked why on earth a cat this beautiful—clearly of Maine Coon descent—had been adoptable for so long, and their response hurt my heart. My new cat, which I (well, my then two-year-old) named Mr. Purple, had been thrown from a moving vehicle as a young kitten, right in front of that very same PetSmart. The landing broke his leg, but it didn’t break his spirit. And, once he became adoptable not too long before I met him, no one wanted him because he was going to be such a “big cat” they said. “Well, not me!” I instantly thought—and he’s been a part of our life ever since. Moral of the story? One person’s trash is another one’s treasure! 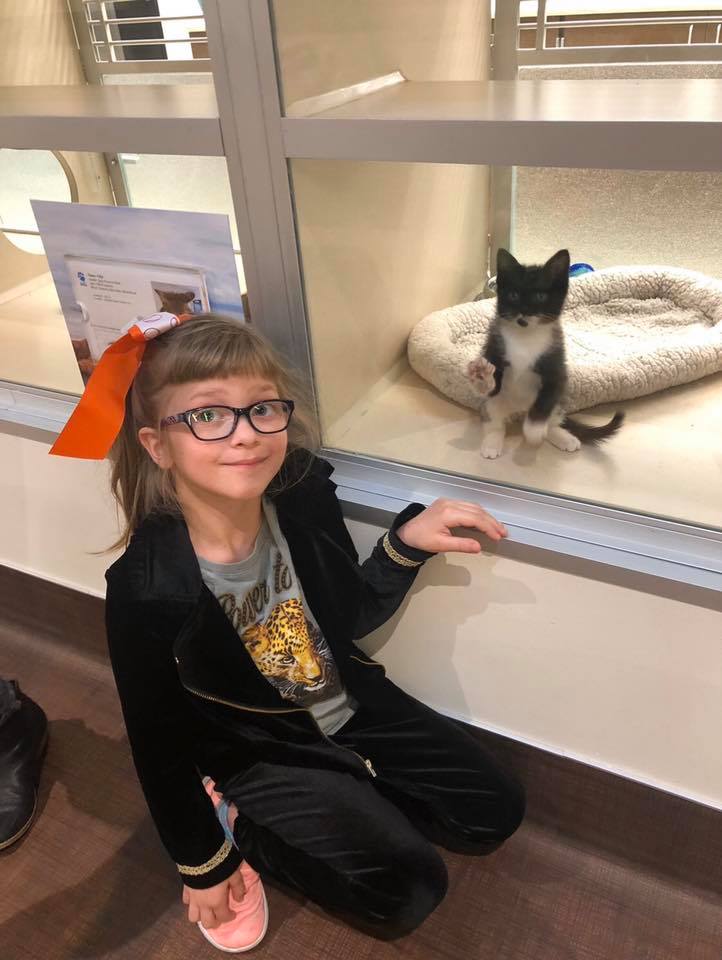 Pepper, the day he chose us—just look at that little pay on the glass!

I think it goes without saying that vet bills are not cheap. For my precious Tiger Lily, I rescued her from a local place which takes in dumped kittens, and she was the last of her litter. So, despite the fact that I rescued, I still had to do her spay, more vaccines, microchip, etc. And let me tell you, while well worth it, that was pricey. For my two other kitties, they came fully vetted and neutered straight from the shelter. And, I even got a coupon for a free pizza with my tuxedo cat, Pepper! I mean, really, you can’t beat that! 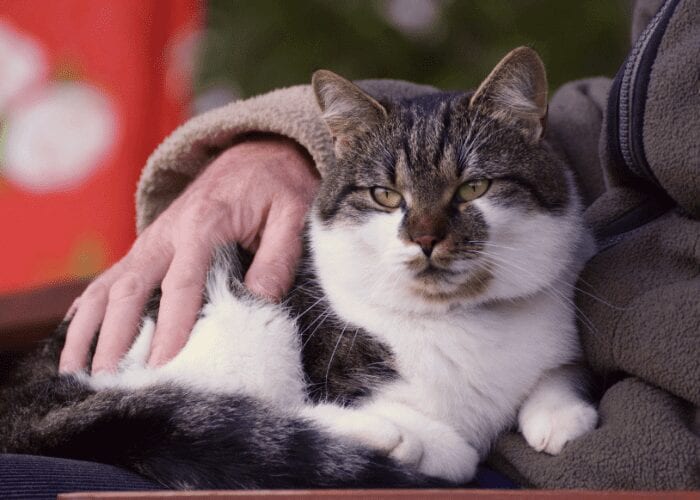 Many times when people look to bring a cat into their lives, the temptation can be strong to welcome in a kitten. I mean, after all, kittens are terribly cute! But, the thing is, there are so many mature cats which get surrendered to shelters each and every day for reasons beyond their control. Regardless of a cat’s age, it’s never, ever their fault when they find themselves at a shelter/rescue. But, as I mentioned above concerning budgets/reality of the harsh situation/etc., selecting an adult cat to adopt gives them a second chance that can be the miracle they needed. Kittens might be oh-so-cute, but consider giving an adult or senior kitty a home when you adopt! 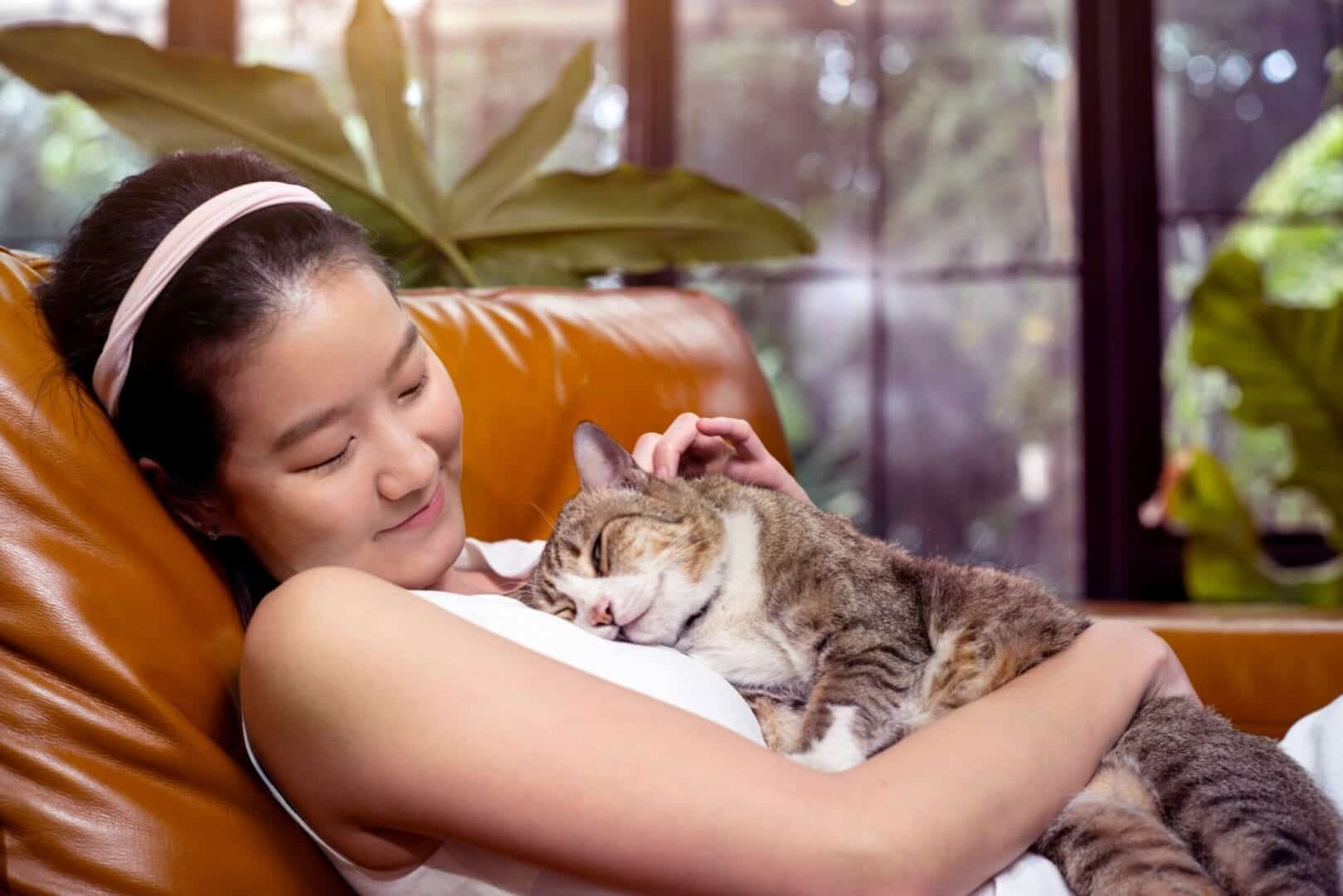 A lifetime of loyalty and gratitude

Okay, this one here is not intended by any means to ruffle any feathers. And cats which have been purchased from breeders I know are typically adored, spoiled, and loved till the end of their days from the people who choose them. But, the thing is, there are times when we adopt/rescue cats and have to work to earn their trust, love, and loyalty. And let me tell you, it is so worth it! When we look into the eyes of a cat which we have rescued, it’s as if their eyes tell a story. We don’t always know their exact background, but one thing is certain, we know that once they enter our lives, they will stay with us until their last breath. And, as we know all too well, sometimes, we really save each other. 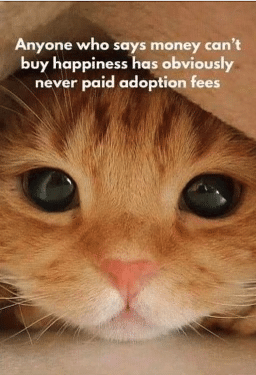