Feline 411: All About The American Bobtail Cat

Easily recognized by their short tails and wild-like appearance, the American Bobtail Cat is climbing the ranks of the country’s most popular cat breeds. They’re a relatively new breed compared to longtime favorites like the Siamese and Norwegian Forest Cat, but these well-muscled cats with their “bobbed” tails are making a mark of their own. Not to be confused with the Manx cat or Japanese Bobtail Cat, the American Bobtail has a unique history and friendly personality.

Want to learn more about the American Bobtail Cat? Check out this list of interesting facts about these feral-looking house cats. 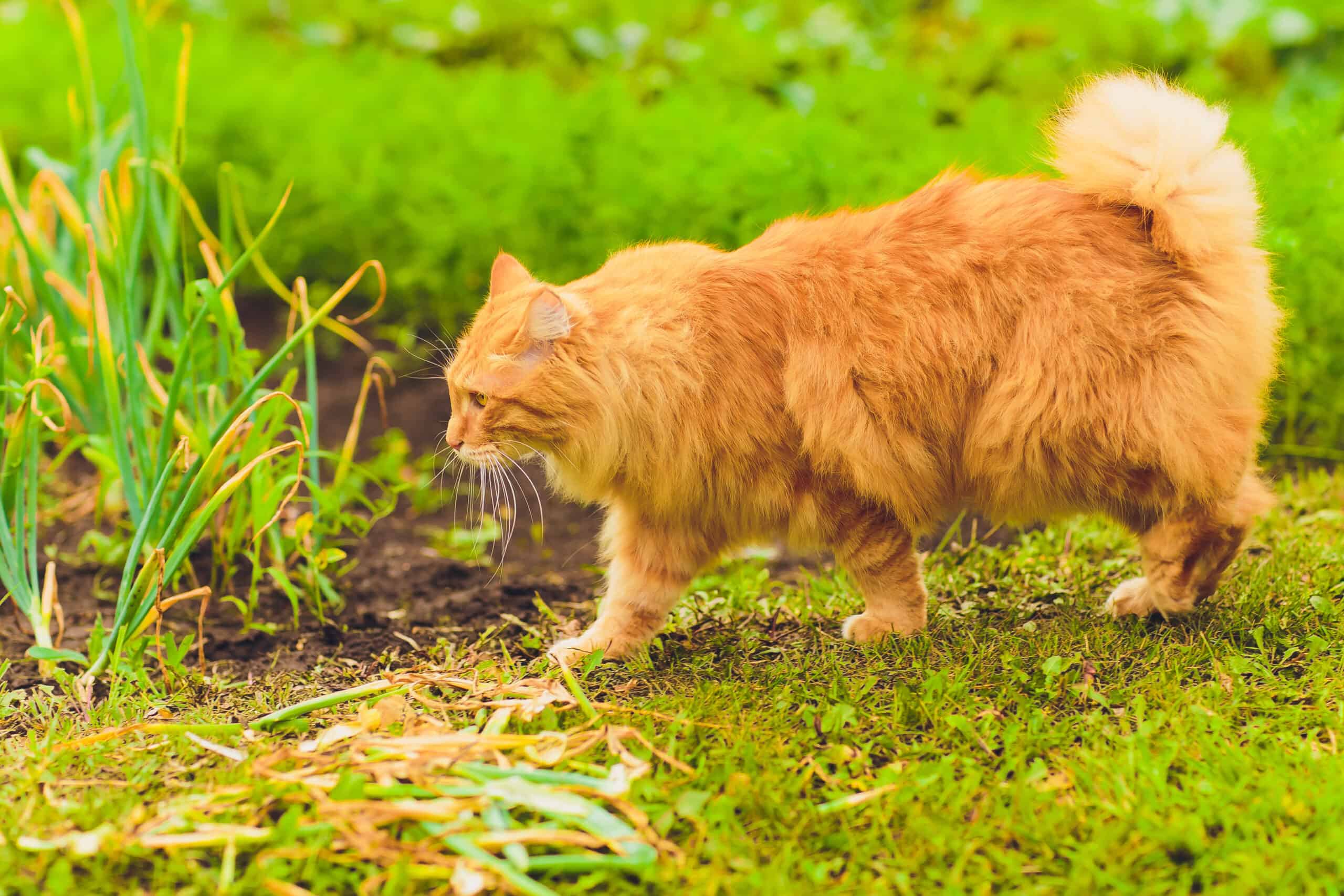 The Trials of Developing a New Breed

While cats with naturally short tails likely existed in different pockets around the world for centuries, the American Bobtail Cat is a unique breed with an interesting past. The generally accepted history lesson is that this short-tailed breed is modeled after one randomly-found stray named Yodie.

John and Brenda Sanders were vacationing at an Arizona motel in the 1960s when they found Yodie seemingly abandoned from a nearby Native American Reservation. Yodie didn’t look like any of the other stray cats the couple had seen. He had a wild appearance and a bobbed tail that made him look like he was at least part wild bobcat. Despite his appearance, he was exceptionally friendly. The couple fell in love and decided to bring Yodie home to Iowa.

Yodie made himself at home and later impregnated the couple’s seal point Siamese cat. To their owners’ delight, that litter resulted in some kittens with regular tails, and several with short tails like their dad. This proved that Yodie’s bobbed tail was not the result of an injury, but a dominant gene mutation. It also solved the mystery of Bodie’s parentage. He could not have been half bobcat, because that kind of interspecies mingling would have resulted in a sterile offspring. 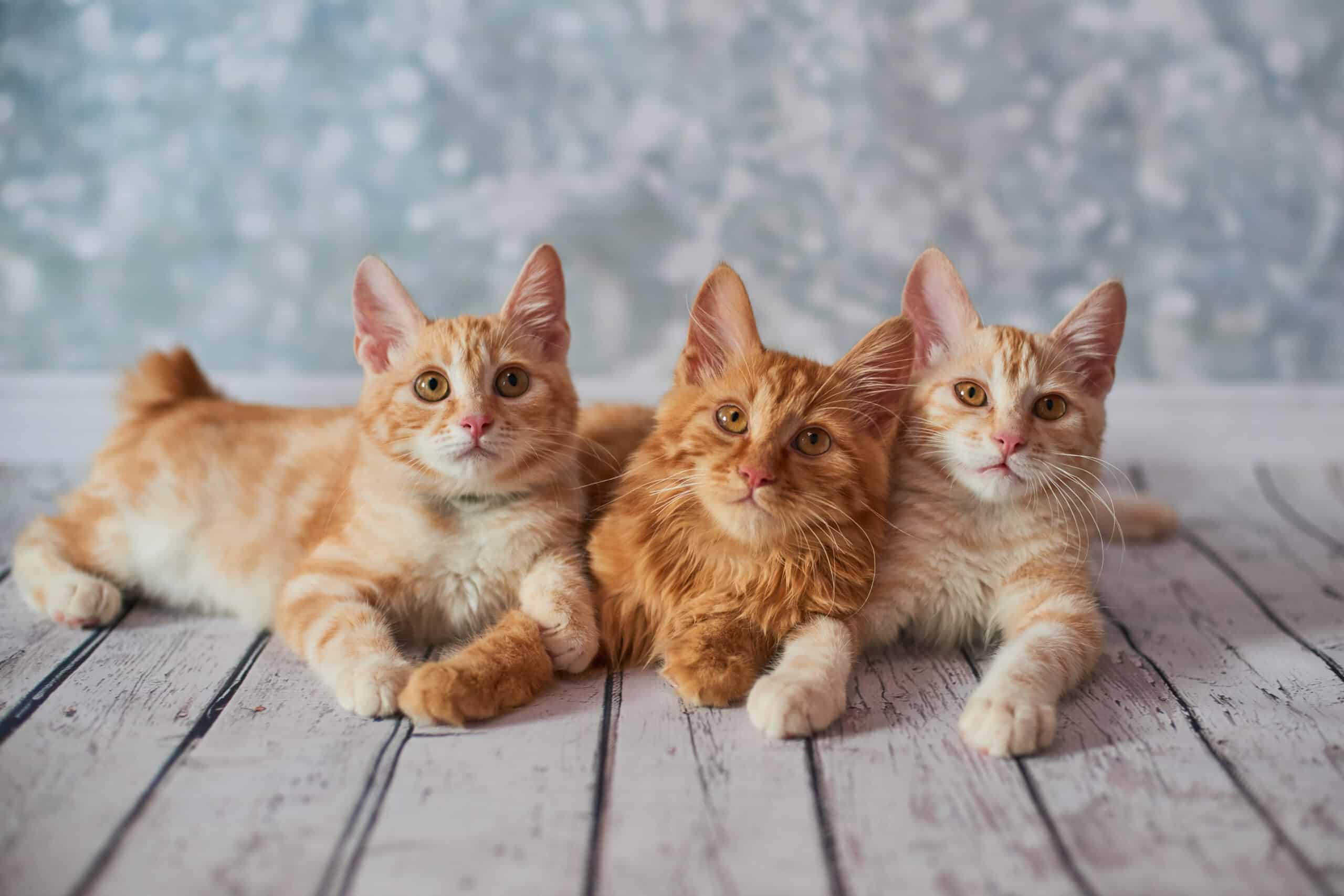 Smitten by Yodie and his first litter of kittens, the Sanders attempted to create a new breed of short-tailed cats. Due to inbreeding, however, Yodie’s original line was unhealthy. It wasn’t until the 1970s that reputable breeders made an effort to breed more cats like Yodie. They found other bobbed-tailed cats around the country to match their idea. They included genetic diversity and based the breeding on overall friendliness, tail length, and wild appearance.

With time, they developed the breed that is today known as the American Bobtail Cat.

Breed Fact: According to the Cat Fancier’s Association, no recognized pedigreed cats were used in the development of today’s American Bobtail.

We can’t talk about the American Bobtail without going into detail about their most unique characteristic. In general, an American Bobtail’s tail is about one-third to half the length of a normal cat’s tail. They’re just long enough to peek over the cat’s hind end when alert.

Typically thick at the base, their tails are surprisingly flexible and can be straight or slightly curved. Some tails are also kinked or have bumps.

While it is possible for a litter of American Bobtail kittens to include a kitten or two with a normal length tail, those cats are not accepted by the breed standard. And unlike the Manx cat, none of the kittens will be born with no tail at all. It’s a dominant gene that can result in tails of different length, but there is always a tail. 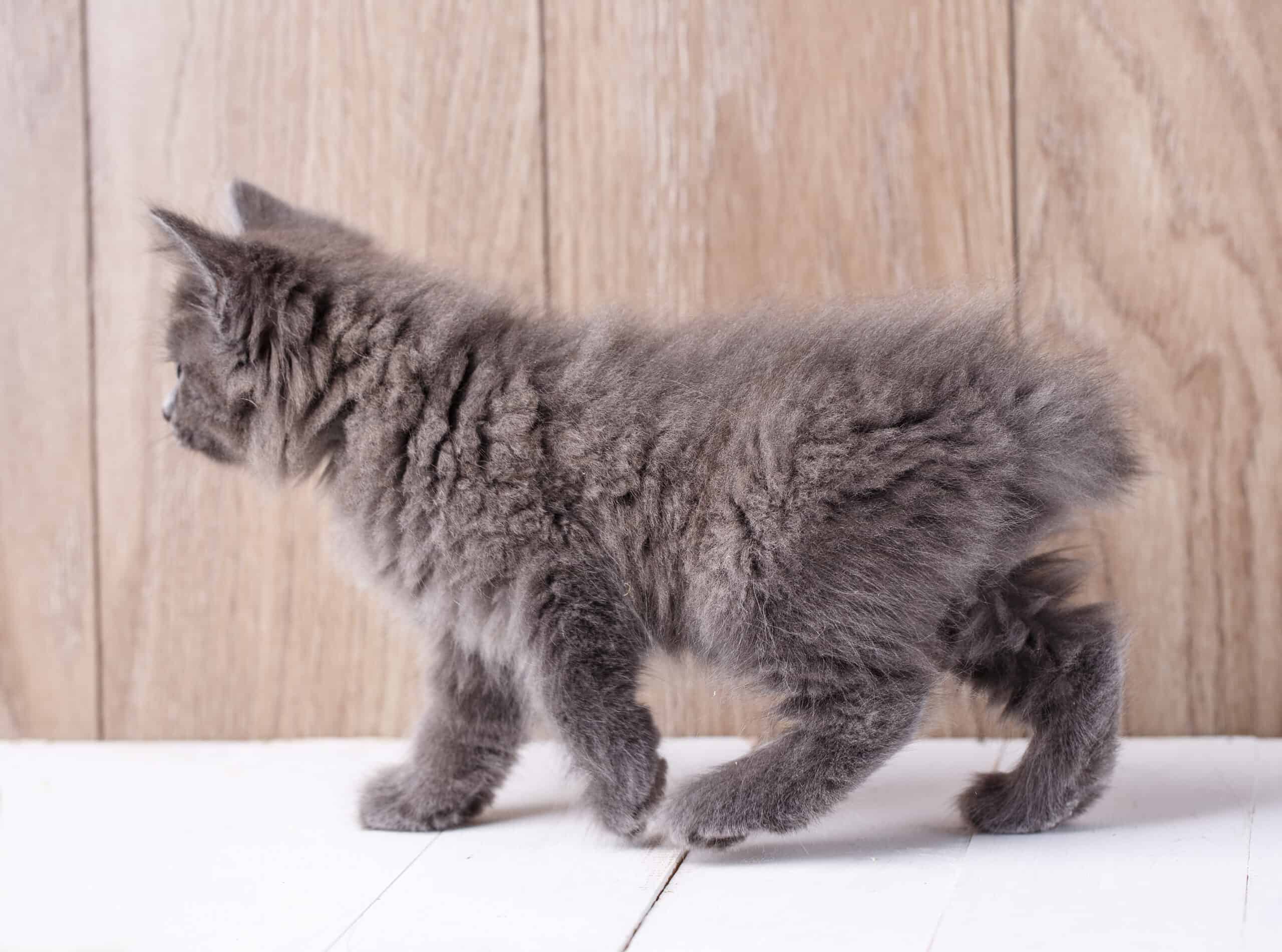 A Breed With Every Color and Coat Pattern

Besides their bobbed tails, American Bobtail Cats are recognized by a feral-like appearance. They have broad chests and are overall well-muscled. Their eyes are set into what’s referred to as a “hunter’s gaze” that enhances their similarities to the wild bobcat.

While breeders tend to prefer coat colorings that contribute to a wild look, all colors and coat patterns are accepted. American Bobtails can also be either long or short-haired. For the long-haired cat, it can look like they’re sporting mutton chops along with longer hair on their upper hind legs. Couple that with their tufted ears and toes, and you have a beautiful cat that looks like it could survive in the wild.

The American Bobtail looks like it belongs in the wild. But these friendly felines are typically lap cats that adore people. They’re often described as playful and confident and are happiest when they’re spending time with family. Unlike more timid cats, an American Bobtail is more likely to greet guests at the door than hide under the bed. They’re not overly active, but they’re social beings that aren’t afraid to trill and chirp when they’re pleased.

Breed Fact: While every cat is different, a lot of American Bobtails are easy to train. They can be trained to walk on a leash and make great adventure cats, accompanying their families on hikes and vacations.

Did you learn anything new about the American Bobtail? Be sure to share this article with your fellow cat lovers!