Feline 411: All About Manx Cats

The Manx cat might look like your average tabby or even calico from the front, but take a look from the back, and you’ll see they’re one of the most unique cat breeds alive. That esteemed title is all thanks to their missing tails. That interesting physical feature automatically attracts curiosity, but it’s the Manx cat’s friendly personality that makes people truly fall in love. These cats enjoy nothing more than being with people, and we’re always happy to oblige.

Want to learn more about the Manx cat breed? Check out these interesting facts about this tailless feline. 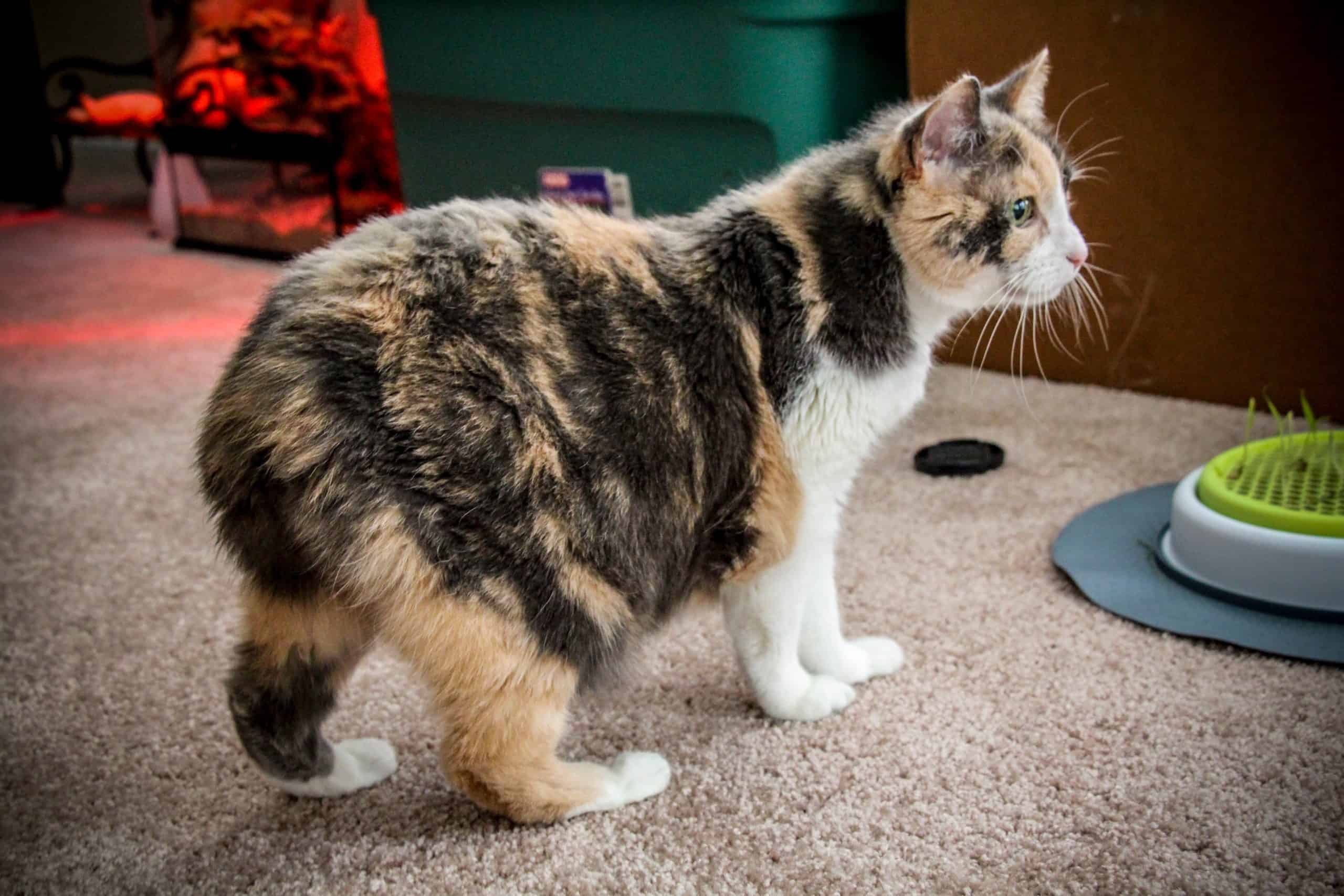 While the Manx is the only cat breed born entirely tailless, not every kitten has this distinguishing characteristic. Having no tail is a dominant gene that most of this breed possess. But every now and then, a cat will be born with a tail just like any other feline breed. These cats are called “longies,” and while they possess all the other traits of their breed, they are not accepted for showing purposes.

Longies aren’t exactly rare, but it’s much more common for a Manx to be born with either no tail at all or a small stump of a tail. Those with tail stumps are appropriately called “stumpies,” and those with no tails at all are called “rumpies.” It’s also possible to have a “rumpy riser” if the cat in question has a slight bone protuberance at the end of its spine.

Breed Fact: In the show world, only rumpies and risers are allowed to compete. 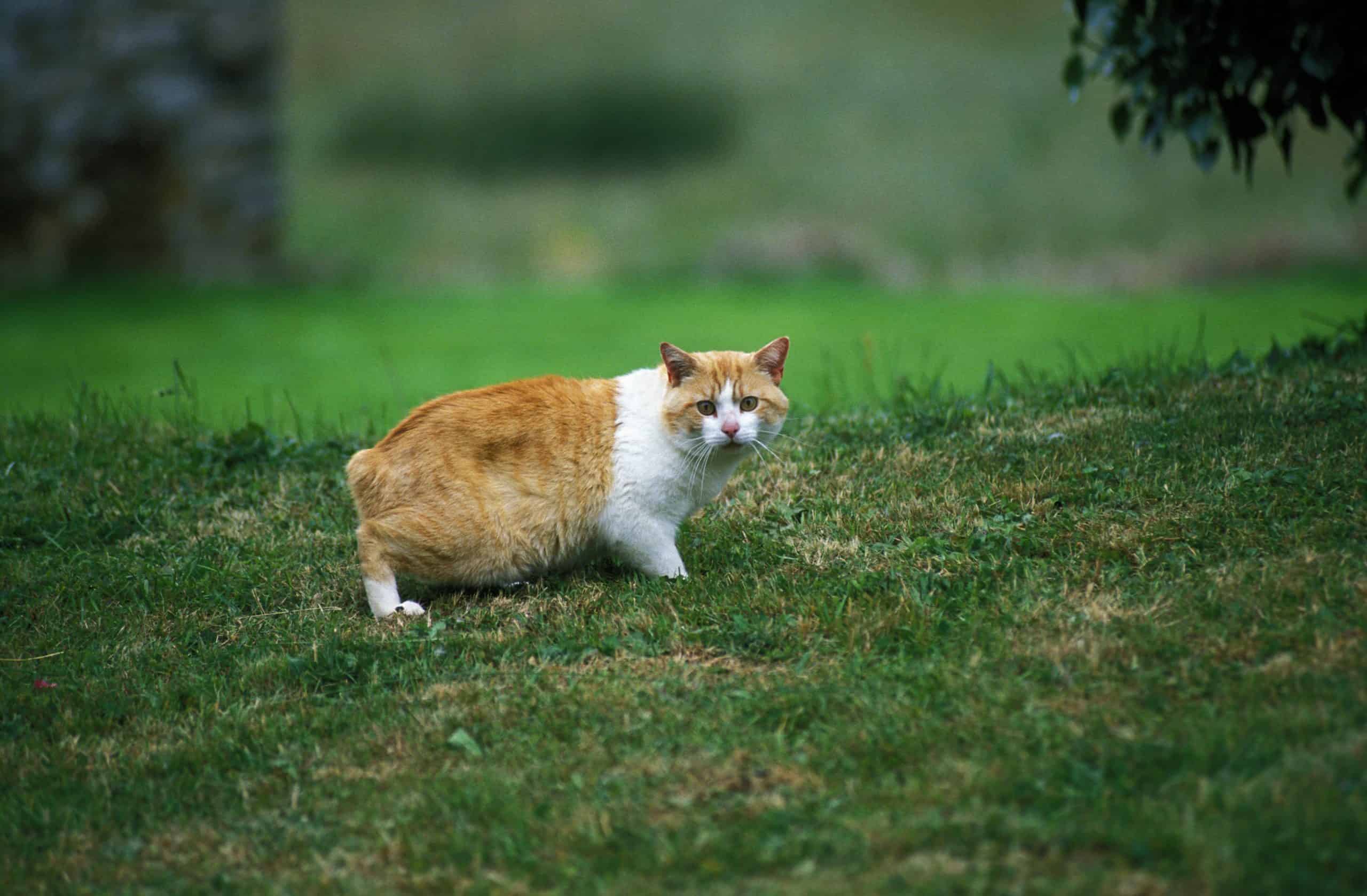 Whether you have a longie, a stumpy, a rumpy, or a rumpy riser, there is more to the Manx than their tails (or lack thereof). Described as being a “round” cat, you can identify a Manx based on their obviously rounded features. They have round heads with perfectly round eyes and broad (sometimes described as plump) bodies and rears.

Another interesting physical feature of the Manx is that their front legs are significantly shorter than their back legs. This leaves their shoulders noticeably lower than their hips. Those long back legs are extra powerful, and they give these playful cats great jumping abilities.

As far as their fur, the Manx can be either long- or short-haired. Long-haired cats, however, aren’t accepted in some cat associations. For their coloring, there are only a few fur colors that don’t exist (or aren’t accepted) in this breed. Those include chocolate and lavender.

Your Manx kitty could be a solid color, have tabby patterns, or be a calico. For this reason, it’s hard to identify a Manx based on their fur alone. You’ll need to recognize their other physical attributes to make a correct identification.

Health Fact: About 20% of Manx cats have what’s called Manx Syndrome. Due to their genetics, it’s common for kittens to be born with a collection of defects including a short spine and problems with urination and digestion. These symptoms usually show up before the cat is four months old. 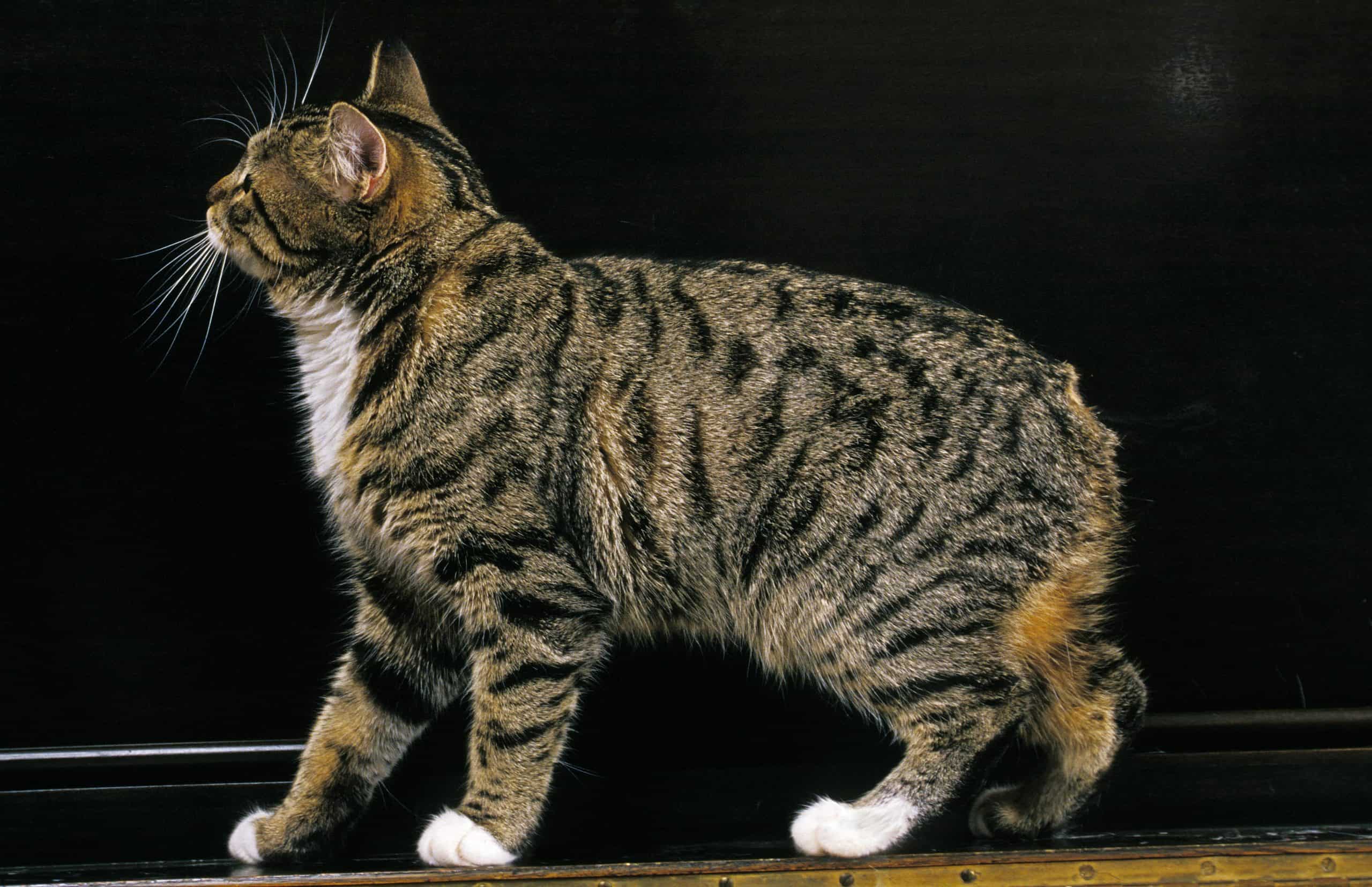 Besides their unique physical characteristics, Manx cats also charm humans with their affectionate personalities. Most of these house cats are playful and love to please their people. They’re the type of cat that will follow you around the house and jump into your lap as soon as you sit down.

Your Manx is also especially intelligent. They’re often trained to do tricks, and can even learn a few skills on their own. Don’t be surprised if your Manx learns to open cabinet doors or even turn on faucets. That intelligence and inquisitive nature can get them into occasional mischief, but with those big eyes, they don’t stay in trouble for long.

The history of the Manx Cat is largely speculative. There are two things experts seem to agree on. One is that they originate from the Isle of Man off the coast of Britain. The second is that when they first got to the island, they still had their tails. One of the theories is that the breed got its start when a few cats aboard the Spanish Armada managed to swim to safety when the ship sunk in 1588. Others believe traders going back and forth from Japan picked up a few Japanese corkscrew cats. Those cats set up shop on the island, and their isolated genetics did the rest. 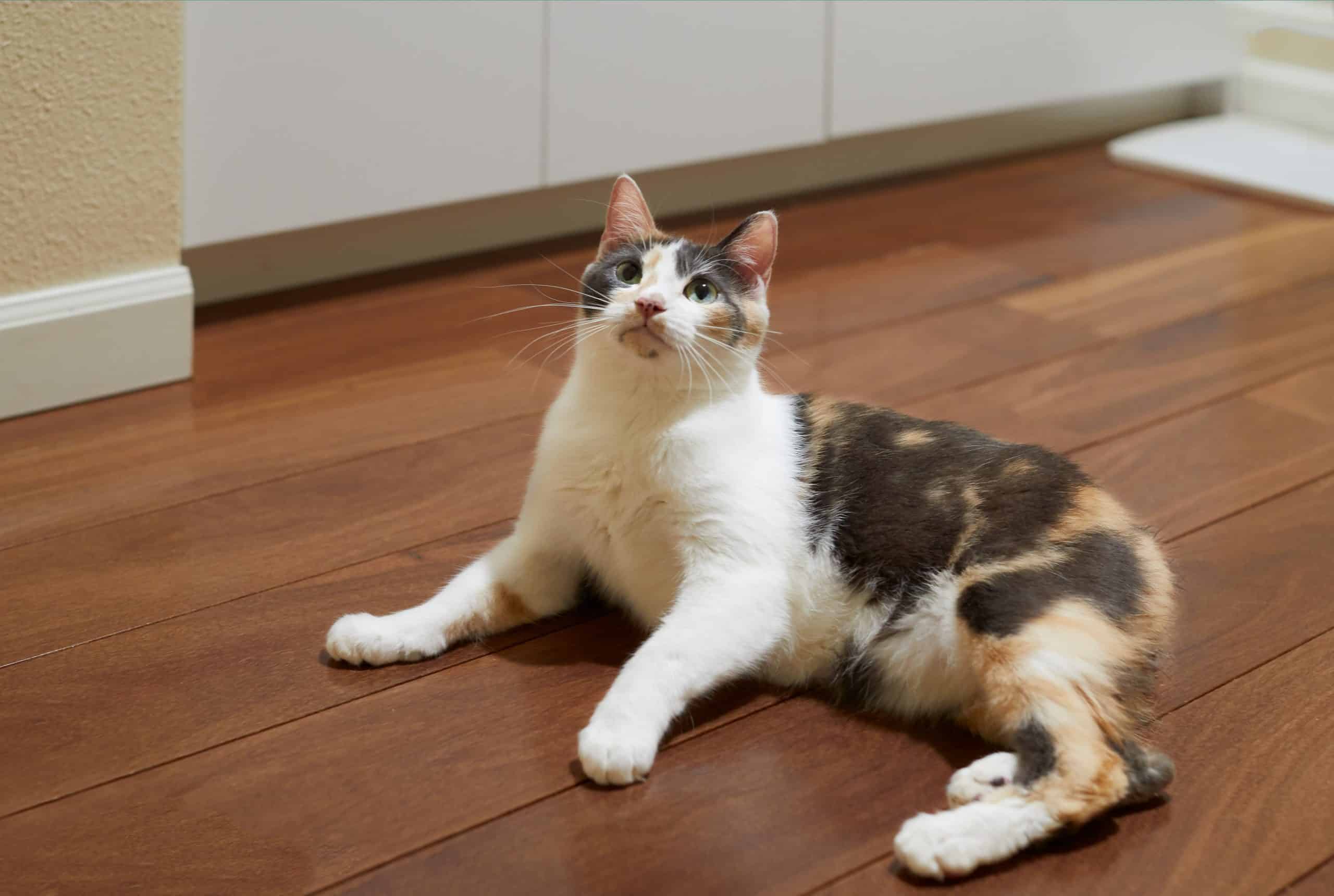 However they got there, the isolation that comes with island living and inbreeding due to a small population led to gene mutations. The gene associated with having no tail is technically a mutation that was passed down from generation to generation.

Folklore Fact: Science aside, several legends have sprung up around why the Manx has no tail. One is that the cat is actually part rabbit. Another story says the Manx woke up from a nap right when Noah was about to leave on his ark. The cat ran through the ark’s door, but Noah accidentally closed the door too soon and cut off the cat’s tail.

They’re one of the original cat breeds.

As more cats were born without tails, the cats on the Isle of Man eventually formed their own breed. People started taking them off the island, and breeding programs protected what is now considered to be the breed standard. They were one of the founding breeds that started the Cat Fanciers Association in 1906, and Americans jumped on the Manx bandwagon in the early 1930’s.

Historical Fact: A Manx named Bonhaki was named the first Manx champion in London in 1900. He was an impressive-looking silver tabby.

Have you ever heard of the Abyssinian cat? Learn about them here on cattitudedaily.com.