Feline 411: All About Burmese Cats

Athletic, playful, and super smart, Burmese cats have a fan club that reaches all around the world. They have some of the more rare cat coat colors out there, and their friendly attitudes and trusting natures make it easy to fall in love. But unlike other favorite cat breeds, there’s a lot about Burmese cats that most people don’t know. Your best chance of finding a purebred Burmese is to go through a reputable breeder, and those aren’t as common as you might think. Nevertheless, these spunky cats steal hearts every day.

Here’s everything you need to know about this interesting cat breed. 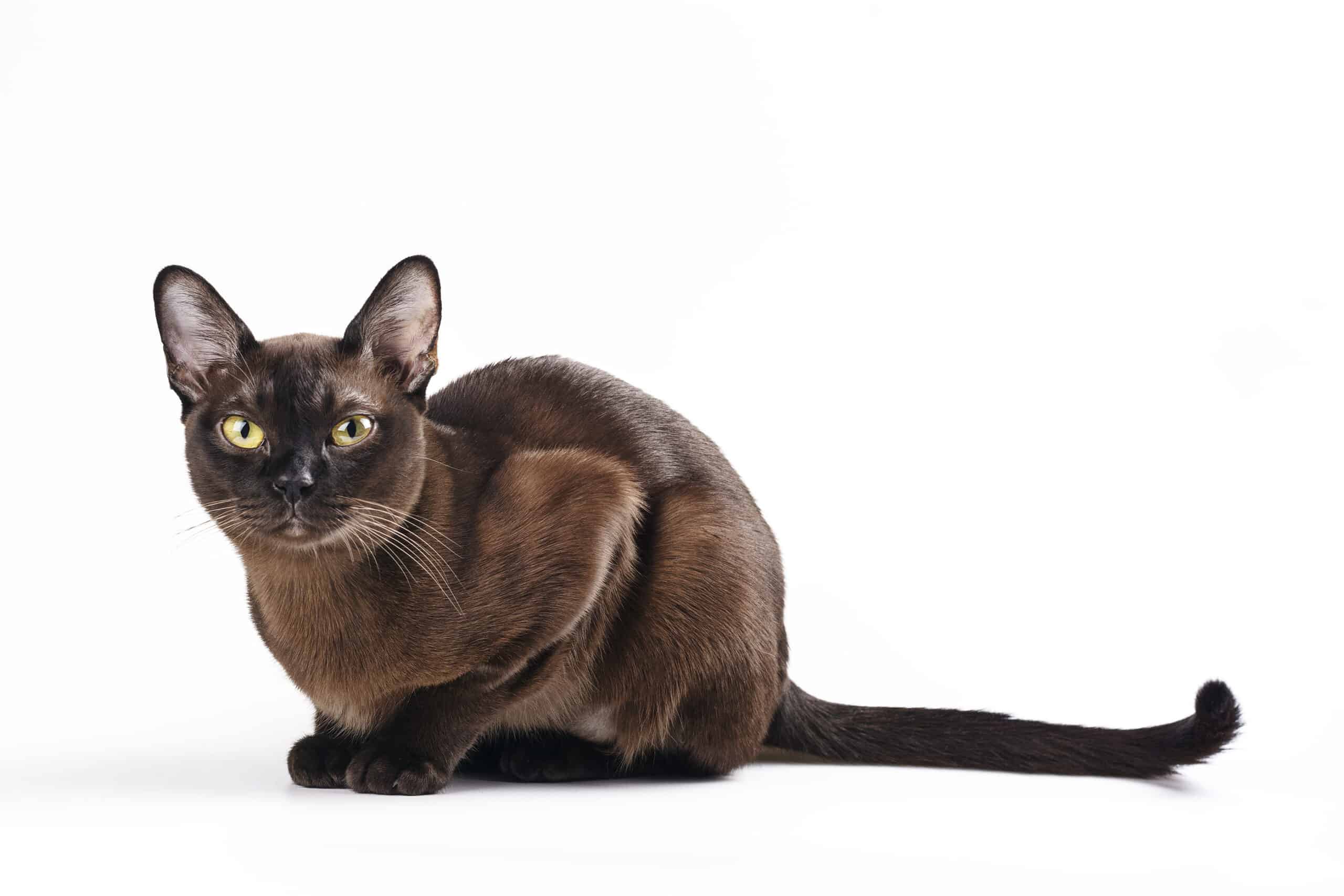 One of the most interesting facts about Burmese cats is where they come from. While their name suggests Southeastern origin, the breed was actually developed in the United States. Every purebred Burmese is related to a single domestic cat named Wong Mau. This pretty, walnut-brown cat was found in Burma and given to Dr. Joseph Thompson in 1930.  While others thought Wong Mau was a Siamese, Dr. Thompson was convinced there was something special going on with her genes.

Regardless of her heritage, Dr. Thompson thought the world needed more cats like Wong Mau, so he worked with expert geneticists and breeders to reproduce her color and personality.

Wong Mau was bred with a male Siamese cat, and the resulting litter had kittens of three different colors. Some of the kittens matched their mother’s appearance, and these were bred together to keep the trend going.

Historical Fact: Wong Mau reminded Dr. Thompson and others of the brown cats native to Tibet called “copper cats.” Legend says these cats were once worshipped as gods. 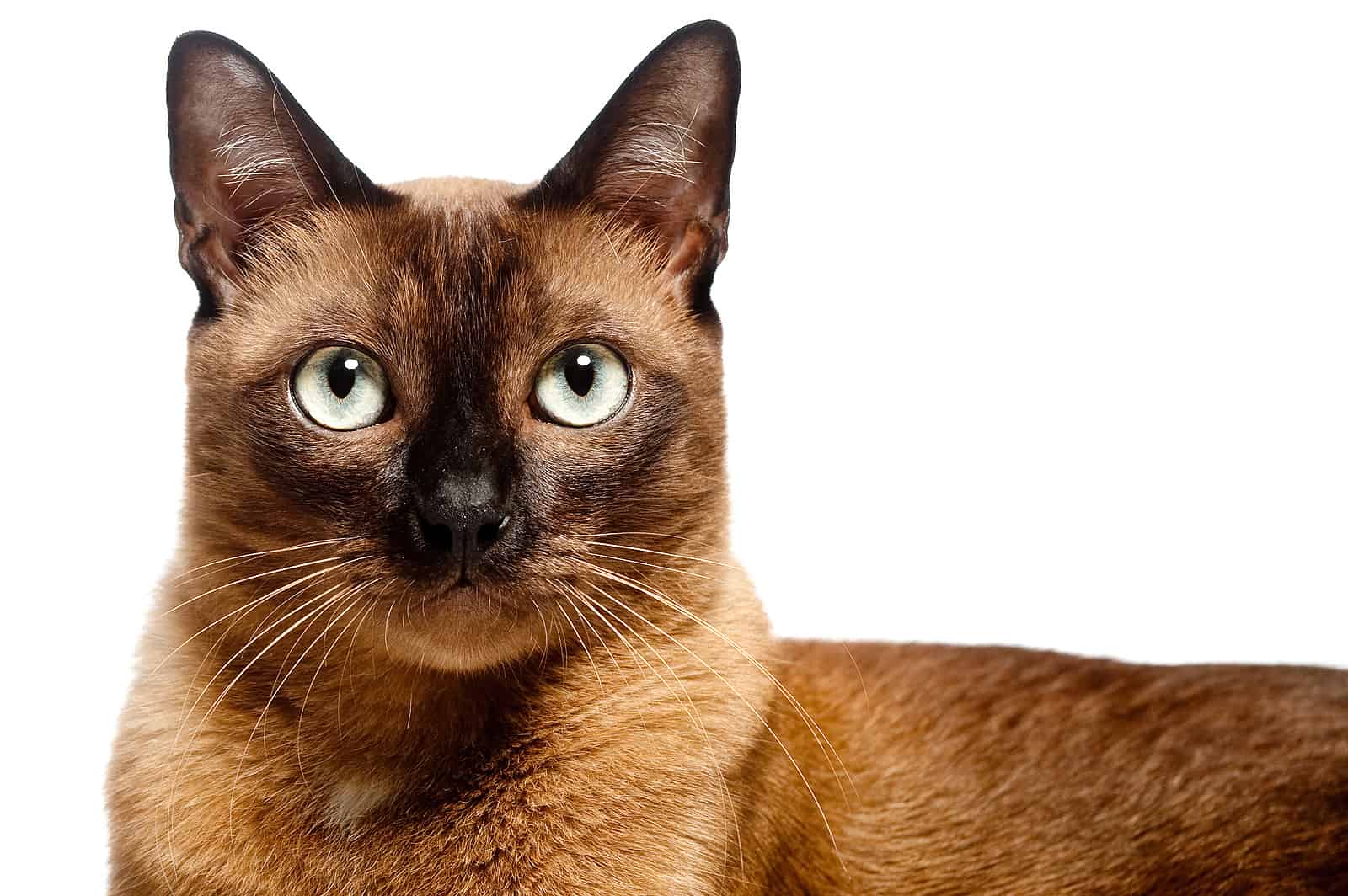 Dr. Thompson wasn’t the only one to fall in love with the new breed’s rich color and adventurous personality. The Cat Fancier’s Club initially accepted the Burmese in 1936, and the breed experienced a surge in popularity. Everyone wanted a Burmese of their own.

This popularity, however, led to trouble. With so much demand and not enough supply, breeders started producing hybrid Burmese and passing them off as purebred. Most of these were part Siamese, and CFA officials eventually caught on to the ploy.

As punishment, the CFA withdrew the breed’s recognition. The cats weren’t allowed to be shown in competitions again until 1953. The Burmese Cat Society of America petitioned for the re-approval and essentially promised the fraud wouldn’t happen again.

Breed Fact: There are now two distinct types of Burmese cats, the Contemporary and the European. The European cats are much sleeker looking. 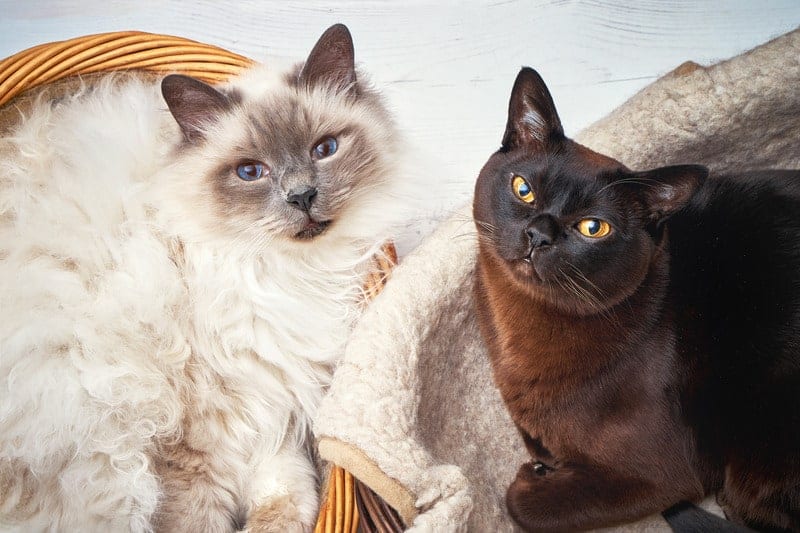 Above all, the Burmese is recognized for their unique good looks. While the dark brown, or sable, color is most associated with the breed, there are actually four accepted coat colors: sable, champagne, platinum, and blue.

To go with their stunning coat colors, most Burmese also sport shining yellow eyes. They’re medium-sized cats with rounded features that are not plump. In fact, the Burmese is typically an athletic-looking cat that is heavier than it looks. The phrase, “bricks wrapped in silk,” is often used to describe these deceivingly sturdy felines.

Color Fact: The gene that causes the sable color in Burmese cats is actually a type of albino gene. It reduces the pigment of a solid black coat to make that beautiful dark brown. 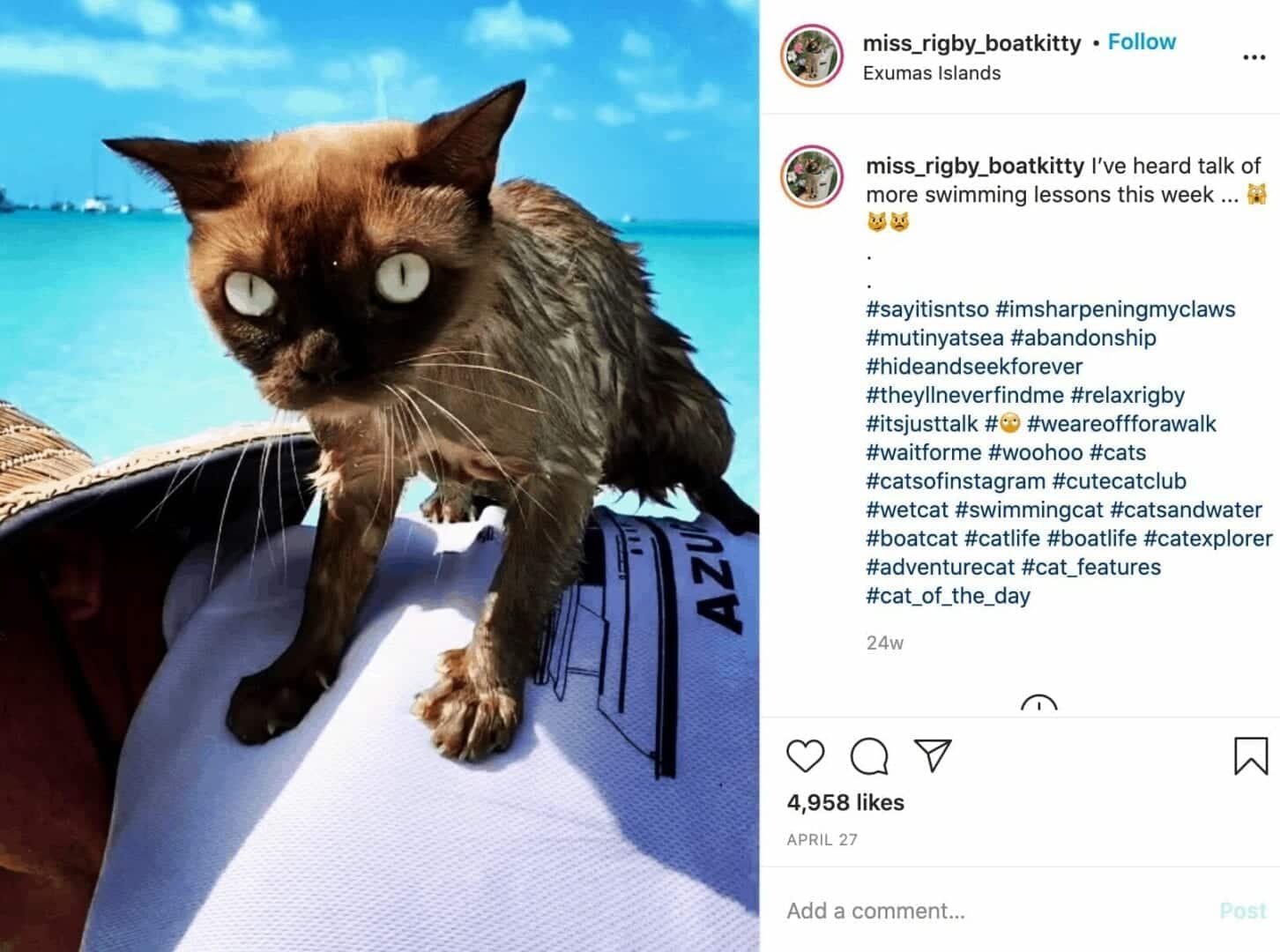 While older Burmese cats can be more interested in observing than anything else, most people who live with these fun cats report they love to climb. Some of their favorite spots include the top of the refrigerator or even perched on top of open doors.

With their muscles and graceful movements, they make jumping and climbing look especially easy. If you end up bringing home one of these cats, it’s recommended you invest in a tall cat tree. It’s also a good idea to look up when you go about cat-proofing your house. You’d be amazed at where a curious Burmese cat could end up spending their time.

Did you learn anything new about Burmese cats? Be sure to share this article with your fellow cat lovers! 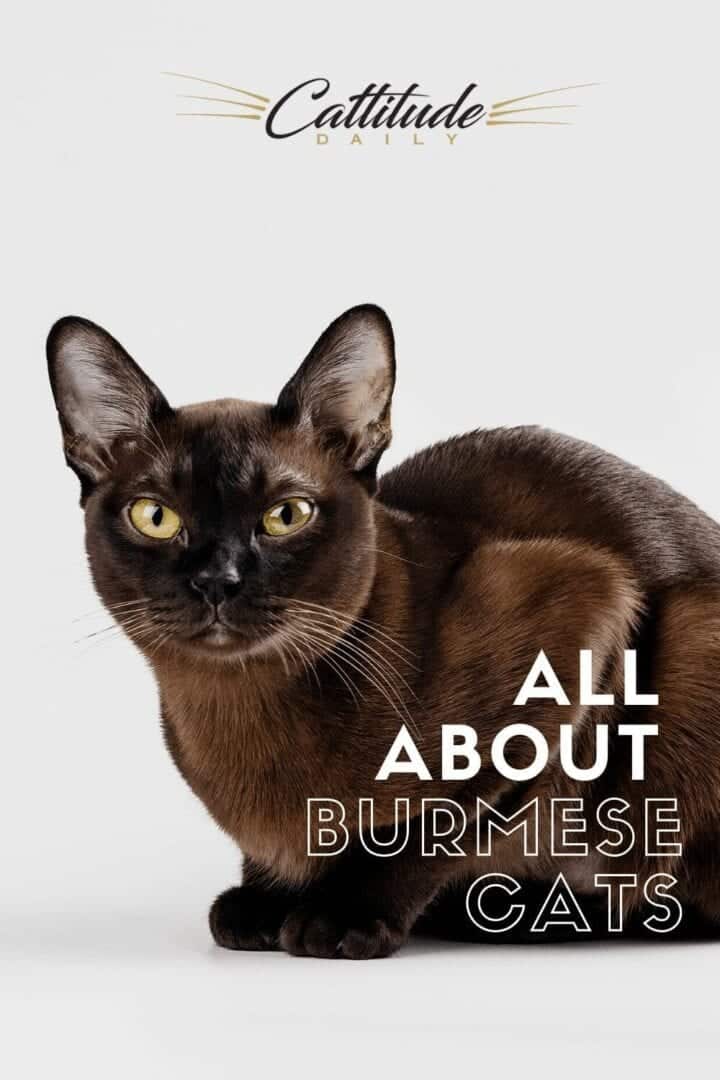