Feline 411: All About American Shorthair Cats

As the ultimate working feline, the American Shorthair Cat has been a valued breed for hundreds of years. It’s hard to find a cat that’s a better natural mouser than these well-built hunters, and their sociable personalities have cemented their place as one of the most popular cat breeds. They’re athletic, friendly, and self-reliant to the point that they fit in with nearly every family.

American Shorthairs haven’t always been in the spotlight, but between their interesting history and unique characteristics, there’s a lot to learn. Here’s everything you need to know about this favored cat breed. 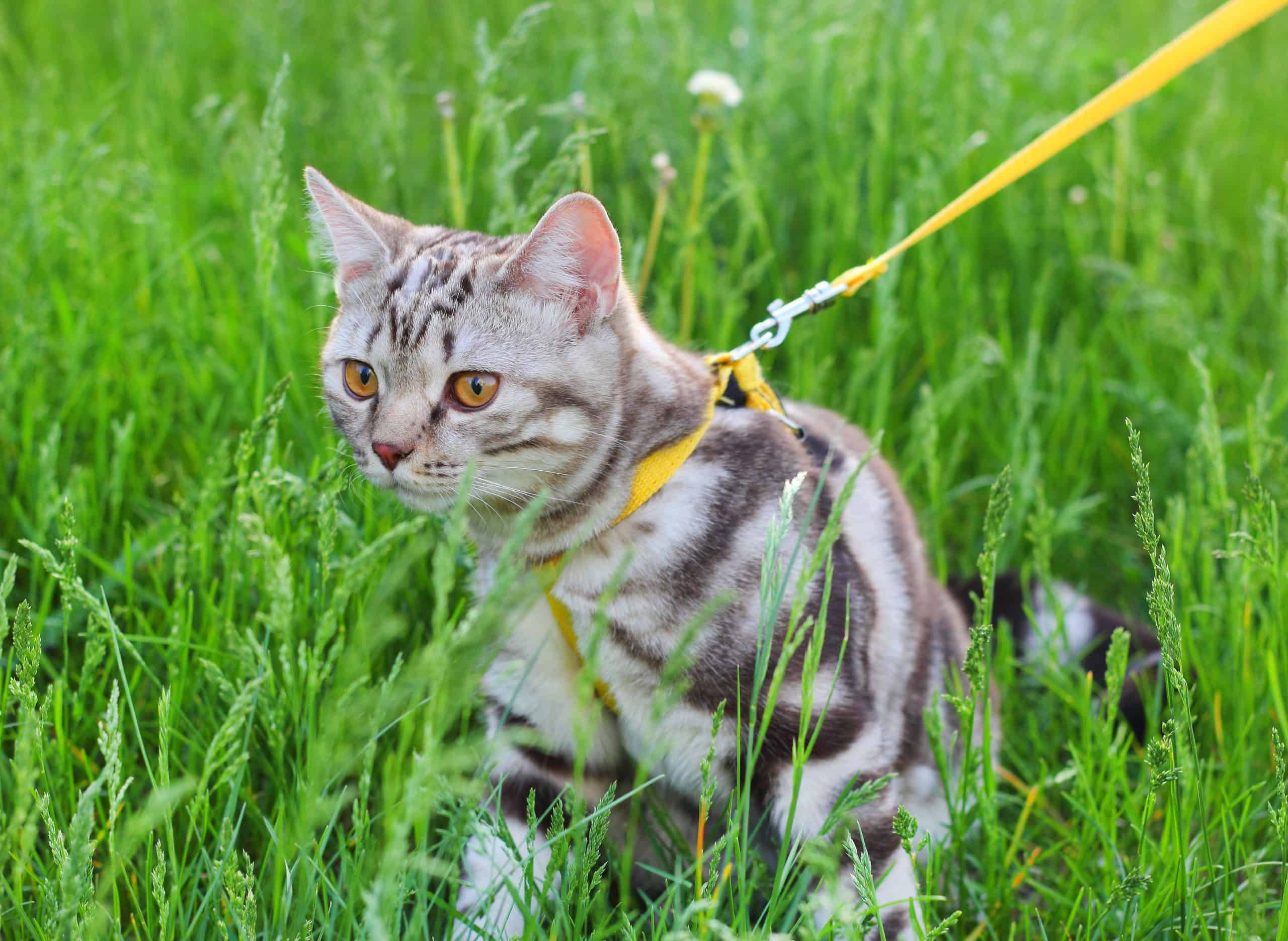 One of the reasons why people love the American Shorthair Cat is because they fall somewhere in what PetFinder calls the “happy medium.” They’re neither entirely independent or overly clingy. They’re not lazy, but they also won’t demand constant exercise. These cats like being pet, but they don’t need to be in your face. Even their size is best described as medium.

In general, the American Shorthair is friendly with people, including children. They even tolerate dogs and other pets. You’ll be hard-pressed to find an American Shorthair that follows you from to room, but they’ll always welcome a casual snuggle session or interactive play date.

American Shorthair Cats On The Job

While most cat breeds are bred for looks, the American Shorthair was developed for the sole purpose of being a working cat. They are strong and well-balanced, and they possess a natural instinct to hunt.

From the beginning, these domestic predators have always been valued for their work ethic. It’s even the reason the breed exists today. 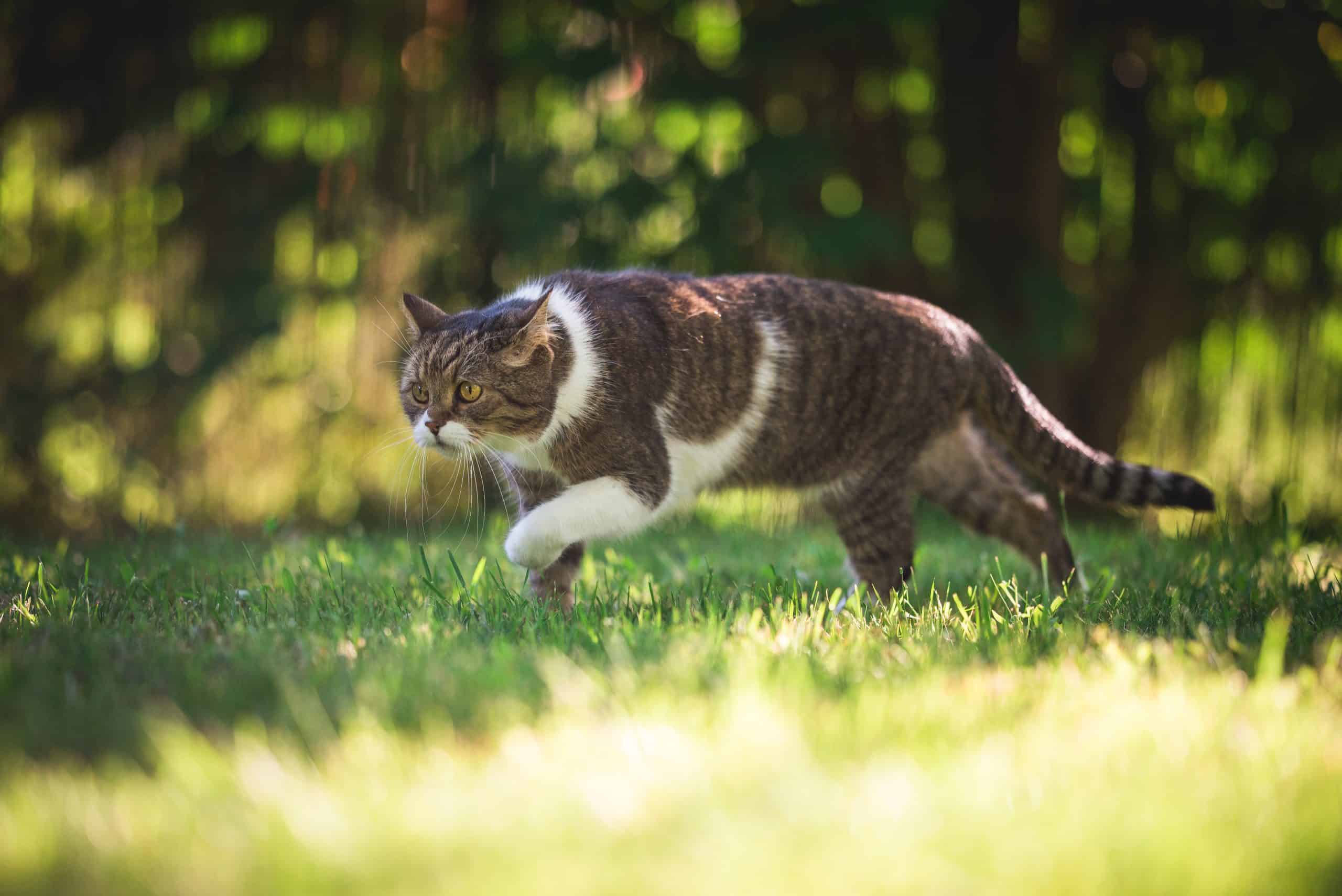 The generally accepted theory is that the American Shorthair originates from cats brought to America by European settlers. Ship captains often welcomed cats aboard as a way to protect their food supplies from stowaway rodents. These working cats earned their sea legs and a free trip to a brand new land. It’s believed that cats were on board the Mayflower, and they may have even come earlier when settlers established Jamestown in the early 1600’s.

Those first sea-faring felines continued their important duties on land, and settlers recognized them for their important work. Because people valued them more for their hunting than their looks, the early American cats thrived mostly on natural selection. Life in a brand new world wasn’t easy (for both felines and humans). Only the strongest and most clever cats survived to pass on their genes.

Historical Fact: The earliest American Shorthairs show up in historical documents. A publication dating back to 1634 credits these cats with saving crops in New England from squirrels and chipmunks. 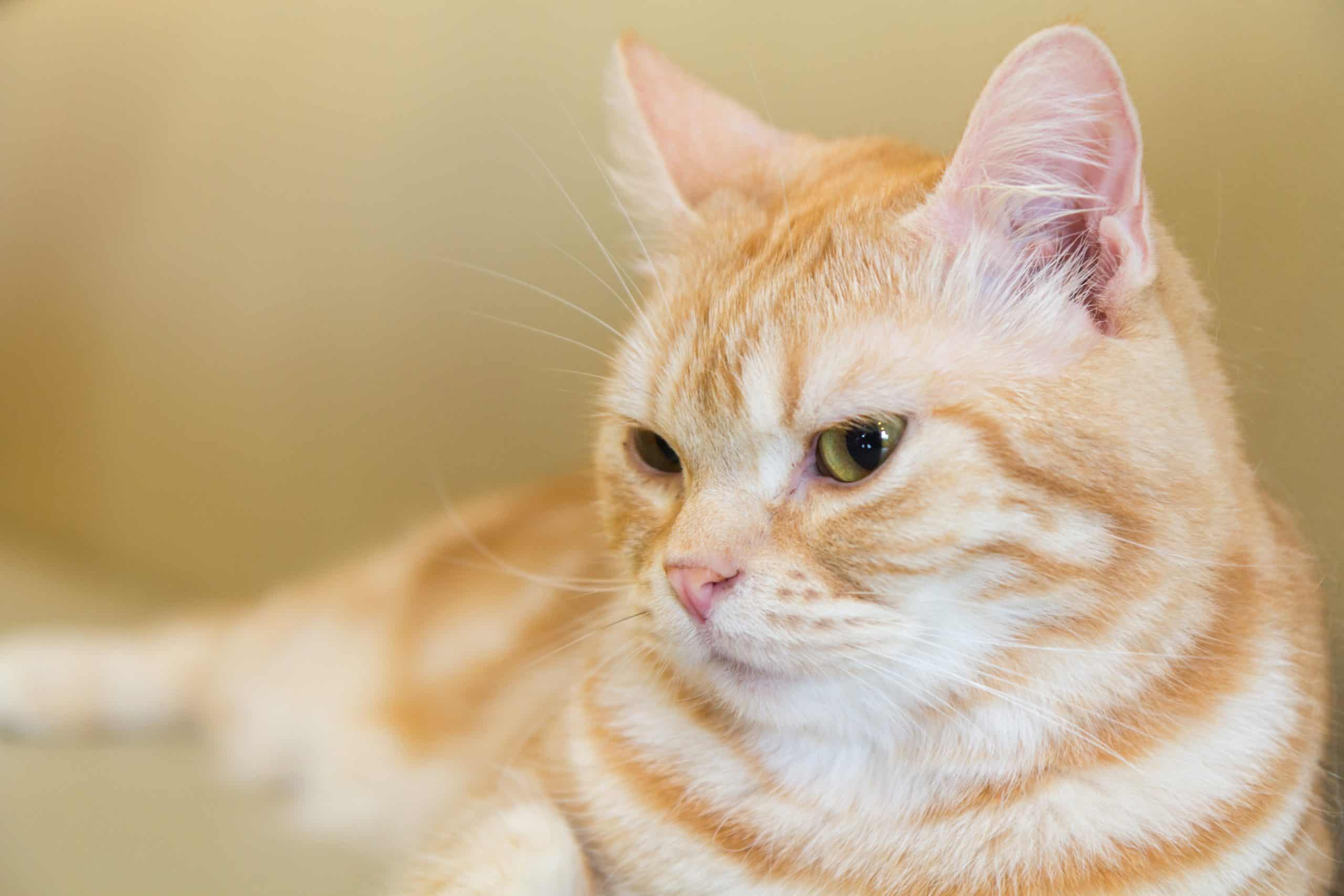 The Recognition They Deserve

For generations, the cats that would today be called American Shorthairs were considered basic barn cats. They existed in most settlements to serve a purpose, and people didn’t pay attention to where their cats came from or in how the breed developed. Natural selection ensured there were always skilled hunters available to any farmer in need of pest control.

But as people started noticing cats for more than their hunting habits, the American Shorthair stood out as a purely American cat. Beginning in the early 1900’s, people began breeding the cats for specific qualities.

In 1906, the all-American cats earned recognition as an official breed. The Cat Fancier’s Association included them as one of the first five registered cat breeds. Back then, their name was the Domestic Shorthair. The name changed in 1966 to highlight their American roots and separate them from random-bred shorthair cats.

Interesting Fact: While the American Shorthair bred on its own for centuries, the first recorded breeding took place in 1904. 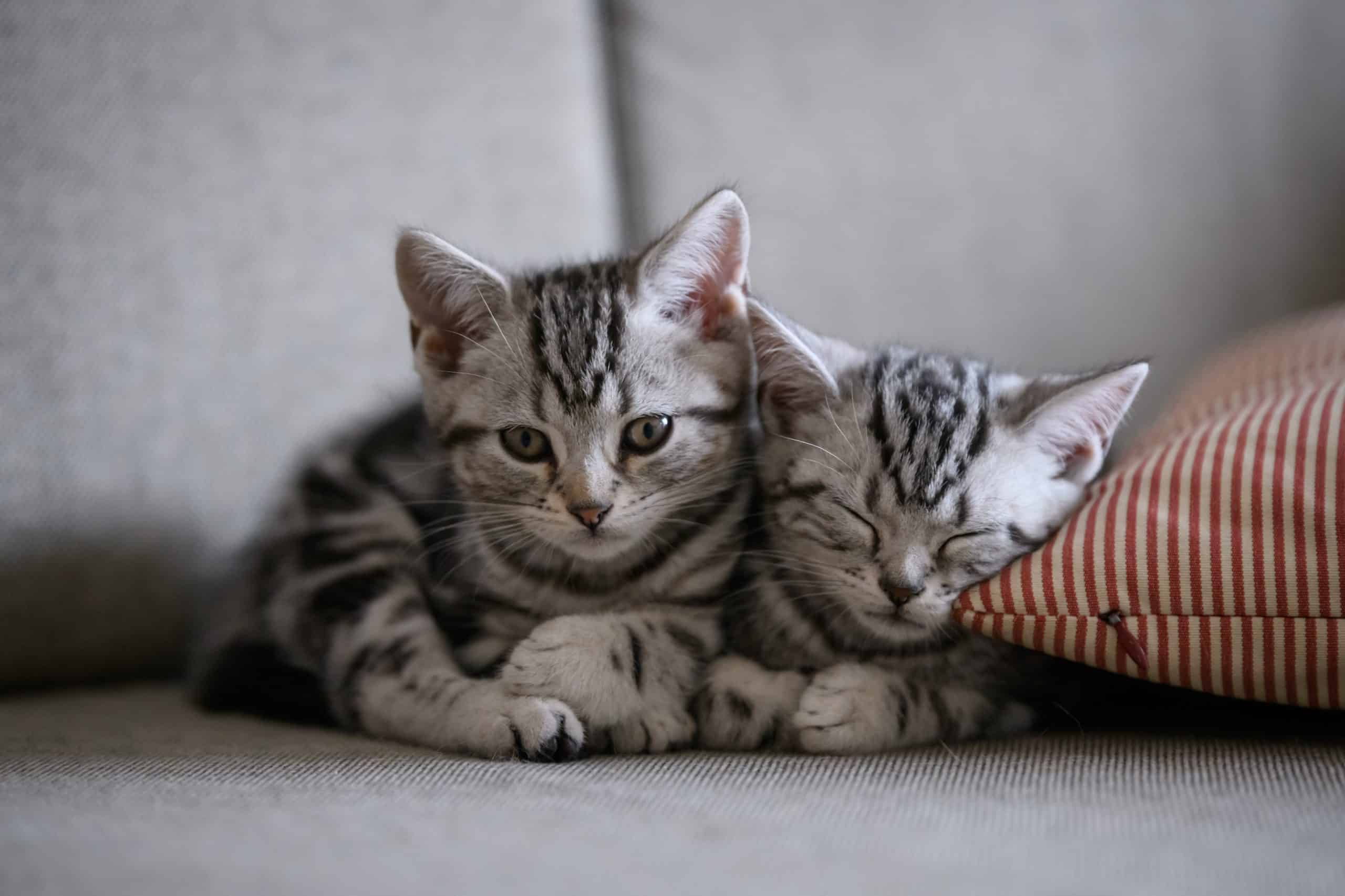 It’s not uncommon for mixed breed cats to possess the same physical qualities as the American Shorthair. Thanks to their generations of natural breeding, American Shorthairs can come in almost any color and pattern. People often confuse them with non-pedigreed shorthairs, and it isn’t always easy to tell a purebred American Shorthair from the average house cat. This happens with other breeds as well, but the wide range of accepted coat colors makes it especially tricky for American Shorthairs.

The difference between a pedigreed American Shorthair and a random-bred cat is that the purebred cats will produce kittens that meet the specific breed standards. Those standards include being medium in size, a full-cheeked face, rounded ears, and a short, thick coat. Coat color can be white, black, cream, silver, and several others. American Shorthairs can also be solid-colored, calico, tortoiseshell, or with a tabby pattern.

Color fact: Out of all the possible color and pattern combinations, the silver tabby is one of the most popular.

Did you learn anything new about a favorite cat breed? Share this article with your friends to spread the love for American Shorthair Cats.

Want to learn more about tabby cats? Find out here on Cattitude Daily.

Three Canada Lynx Kittens Welcomed To The World In Pennsylvania

Cat With Extreme Scoliosis Gets A Second Chance At Life