Feather wands, plush mice, and your unsuspecting ankles might be your cat’s usual choice of entertainment, but have you ever caught them staring intently at the TV? If not the TV, what about your laptop, tablet, or phone screen? Cats aren’t as obsessed with screens as humans, but many cat owners claim that their kitties enjoy watching shows and staring at screens. The question is, is it possible that cats understand television?

Do they see what’s on TV in the same way we do? Do they realize that what they see isn’t actually there? It’s hard to answer these questions without having a chat with an actual cat, but science does point us in a specific direction of understanding. Here’s what we know about cats and television. 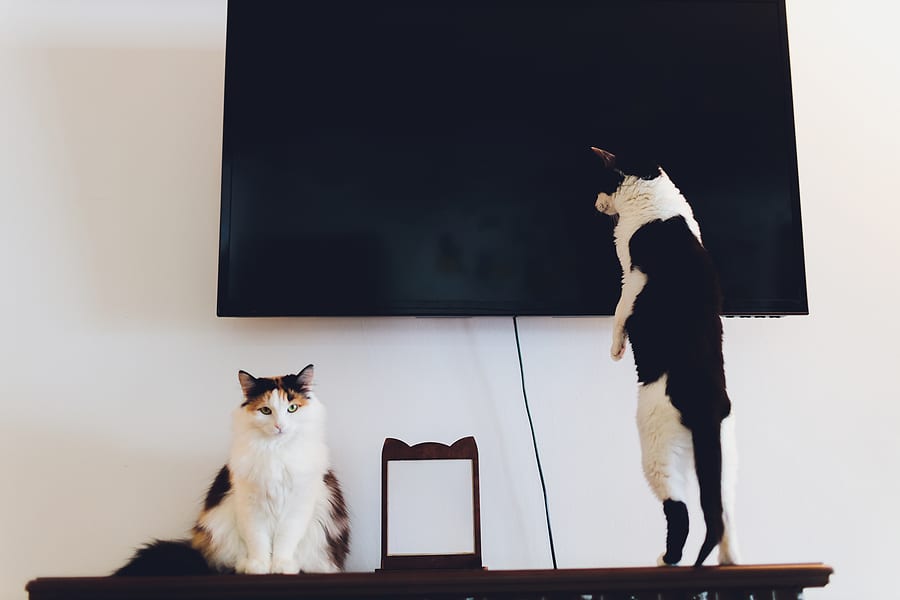 The first thing we want to know is if cats can see the TV screen in the same way we do. Unless you’re watching a vintage movie or TV show, that television experience involves color. Whether or not cats see color the same as humans is somewhat questionable. What we do know is that cats have fewer cones in their eyes than humans. These cones are what enable us to see color.

The fact that cats don’t have as many cones indicates that the feline eye most likely doesn’t see color as vividly as the human eye. Most scientists suggest cats see as if the world is desaturated and duller than what it really is. It’s also likely that they can see some colors better than others.

So, while you see a brilliant display of color on your TV screen, your cat most likely sees something slightly different. We can guess that cats understand television shows as being roughly the same colors as the world around them, but those vivid nature shows lack a lot of their intended wonder.

Science has already proven that the human eye processes images at around 45 HZ. This means that as long as images are moving at least that fast, our brains can turn them into one fluid scene. Modern televisions show images at around 60 HZ, which means we see our favorite actors moving as smoothly as they would in real life. 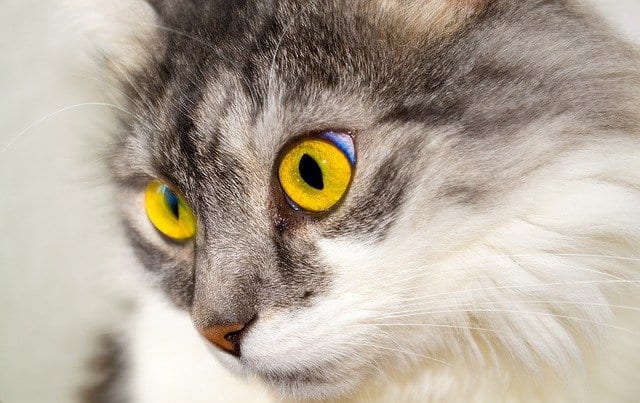 Cats, however, process images much faster than humans. Their eyes and brains work at around 70-80 HZ. Because their brains are working a lot quicker than the TV, they most likely see the screen flicker in a series of disjointed images. This is much different than how we see the images on the screen, but it doesn’t mean cats don’t like it. All those flickering images are probably extremely intriguing, and they could be why so many cats at least act like they understand television.

While cats are great at detecting even the slightest movements, their vision isn’t as great as you’d think. In fact, cats are considered far sighted. They can’t focus well on objects and images directly in front of them, but their vision improves as they look at things farther away. This means that how well your cat sees the TV depends on how close they are. If they’re right up on the TV stand, their vision is most likely blurry.

Cats also don’t have something called fovea. This small portion of the retina is what allows humans to see things in great detail and clarity. Without this piece of anatomy, cats see a lot less clearly. Even a super fancy HD television won’t help your cat see the screen better. 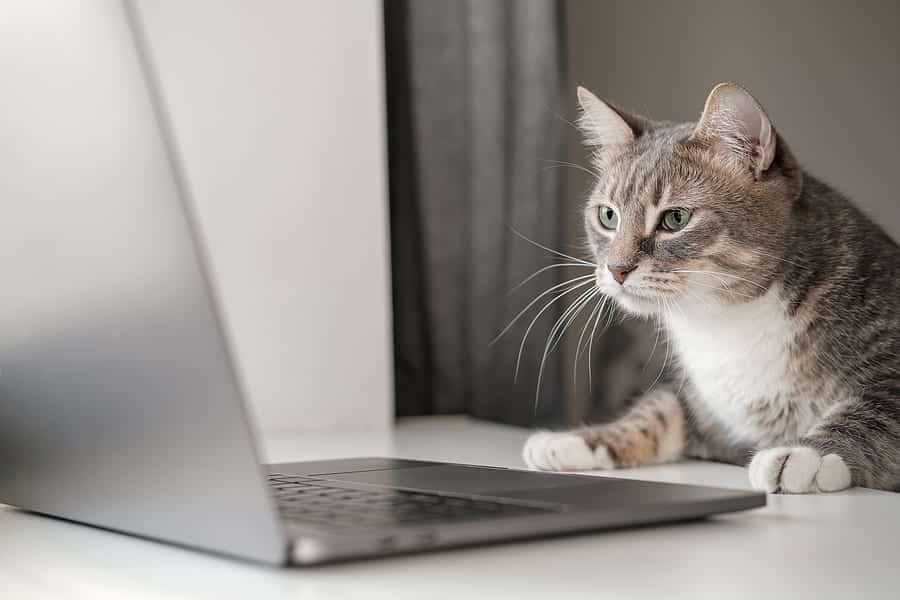 Considering all we know about feline vision, we still can’t say for sure that cats understand television in the same way we do. They don’t see the screen in the same detail or color, but it seems to attract their attention nevertheless. The changing images, light, and especially the sounds are more than enough to arouse a cat’s curiosity.

It’s impossible to say if cats recognize the images on the screen as two-dimensional, or if they think those people, animals, and objects are actually in your living room. If you’ve ever seen a cat start swatting at a televised bird or chasing an animal off the screen and then looking around expecting to find it again, you might assume your cat thinks it’s the real thing. But whether they think it’s real, or think it’s more like a video game, is impossible to tell.

If you’ve never spotted your cat gazing at the television or another kind of screen, don’t worry. It (probably) doesn’t mean there’s something wrong with their vision or cognitive function. There’s evidence to suggest that cats with especially high prey drives and cats that get bored easily are more likely to pay attention to the TV than others.

Whether cats truly understand television or not, it’s best to be careful with how much you indulge your cat’s curiosity. Many a screen has been busted at the paws of an overeager feline.