Home Cat Behavior Do Cats Feel Guilty When They Do Something Wrong?
Cat Behavior

Do Cats Feel Guilty When They Do Something Wrong?

They scratch up your sofa, kick litter all over the laundry room, and knock over anything not bolted down. But do cats feel guilty for these transgressions? Turns out this is one complex emotion our feline friends are free of. Here’s why.

When humans do something wrong, whether accidentally or intentionally, we typically experience feelings of guilt and remorse. This is because we live by a moral code of conduct.

We wouldn’t walk into a friend’s house and smash her fragile knick-knacks because a) they aren’t ours to break, b) doing so would make our friend feel bad, and c) we would feel guilty.

At an early age we begin to read facial expressions, body language, and changes in vocal tone that indicate different emotions in our fellow humans. We learn to do and say things that evoke positive reactions and avoid things that make others angry or sad.

So no matter how much we want to smash those creepy Hummel figures, we resist.

Even if we break something by accident, we still feel bad and seek to make amends. This is guilt and it is a necessary tool for coexisting with other humans. 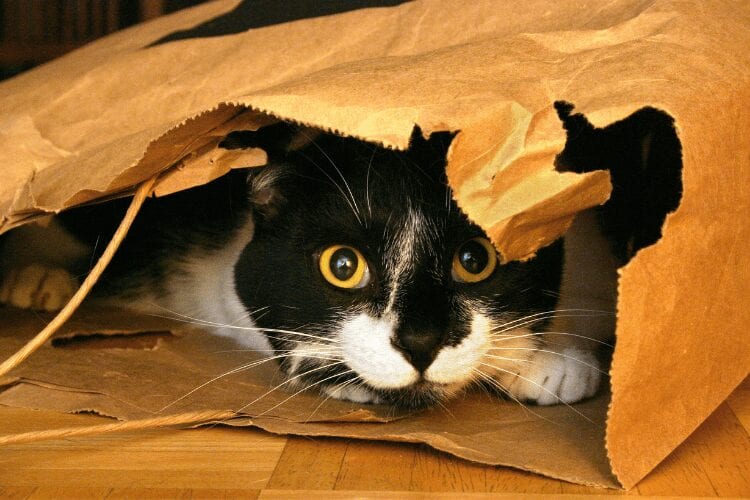 Unlike humans, cats are not bound by the same moral code. Yes, there are unspoken rules felines follow when living in homes or feral colonies together, but they do not have morals like we do.

They don’t place value in objects or understand money so they cannot understand why a dirty house or a broken heirloom might upset us. On the other hand, cats can recognize when we are angry or distraught.

Although this does not cause them to feel guilty, it may lead to signs of anxiety such as flattened ears, tucked tail, and sad, averted eyes. They will likely make themselves scarce until they sense you have calmed down. 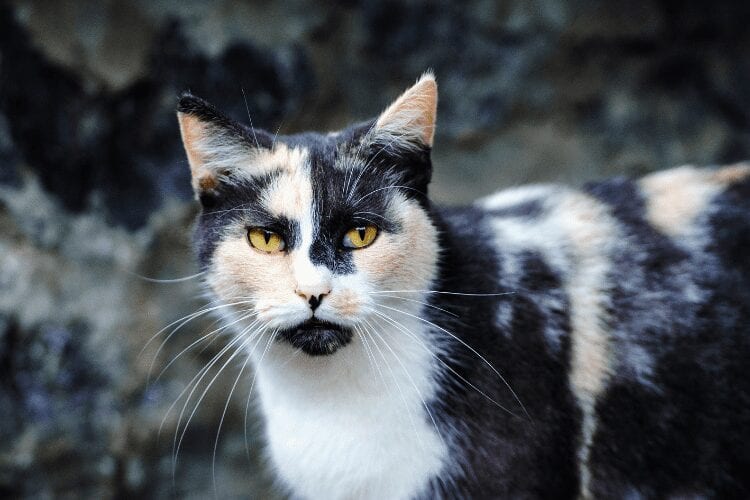 Veterinary Behaviorist, Theresa L. DePorter, DVM notes that “cats are poor at reconciliation. That is, cats lack the inherent skill to resolve a conflict, except by fighting or fleeing.” This is because they are solitary animals unless forced into co-living situations. For this reason, they have no motivation to make amends.

Other very social species, such as dogs, horses, and people, have the social skill set to “appease,” that is, a social skill package utilized to resolve differences. Cats don’t reconcile well because cats don’t generally offer appeasement gestures to resolve a social dilemma.”

However, all cats are individuals and their lives at home with humans have rarely been studied. Some people do see “apologizing” behaviors in their cats such as purring, slow blinks, head-butting, and general attention-seeking after an upsetting incident.

It may not be our definition of a genuine apology, but it does indicate a desire to make up. 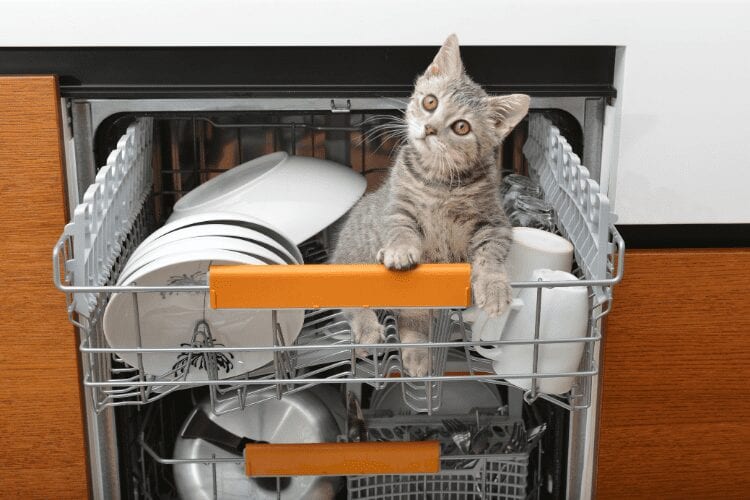 Can Cats Be Taught Right From Wrong?

Cats may not feel guilty, but that doesn’t mean they cannot learn right from wrong. Establishing which behaviors are acceptable and which are not is all about timing. If you catch your cat mid sofa-scratch you can stop her and redirect her focus somewhere else. Toss a toy or place her in front of her approved scratching post.

But remember, yelling or attempting to punish your cat after an unwanted behavior is both useless and cruel. Instead, try positive reinforcement. Most cats are highly motivated by food so offer a favorite treat when she uses her scratching post or exits the litter box without scattering debris everywhere.

Why Do Cats Sometimes Sleep In Litter Boxes?