Deep in the rainforests of Asia lives the clouded leopard, a gorgeous wild cat with many talents. Sadly, this cat is very endangered. Let’s learn a little more about this incredible cat and how we can help protect it from extinction!

These cats are their very own species

Many often think that because there’s ‘leopard’ in ‘clouded leopard’ that this cat is just a type of leopard. Not true at all. The clouded leopard is its very own species. Its scientific name is neofelis nebulosa, whereas the leopard is the panthera pardus. They both come from the same family and subfamily, but have entirely different genus. 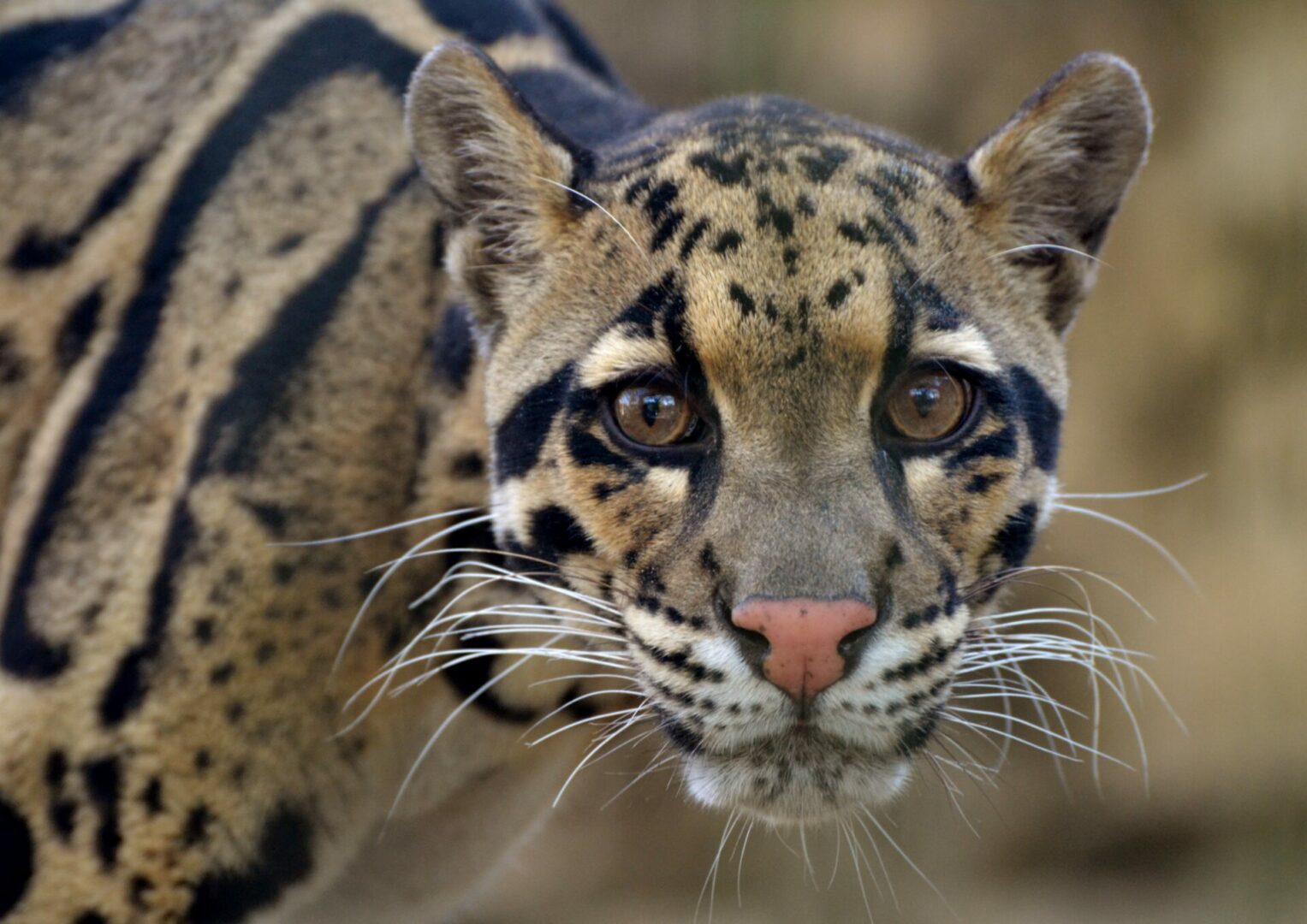 The clouded leopards live only in Asia

These magnificent cats only live in one continent: Asia. Not just any part of Asia, but in Southeast Asia and across the majestic Himalayan mountains. To get specific, you can find clouded leopards in Bhutan, Nepal, Burma, northeast India, Thailand, Vietnam, Malaysia, Cambodia, Laos, and Bangladesh. You can also find clouded leopards in southern China.

The big cats call rainforests home. They can be dry or tropical, although clouded leopards thrive more the latter. What is incredible is that these cats can thrive at some amazing altitudes, even up to 9000 feet.

The name is in the fur

You could say that the clouded leopard gets its name from living in places that seem far up in the clouds. But, this cat’s name actually comes from its fur. The clouded leopard has ellipse-like markings on its coat, that remind many of clouds. 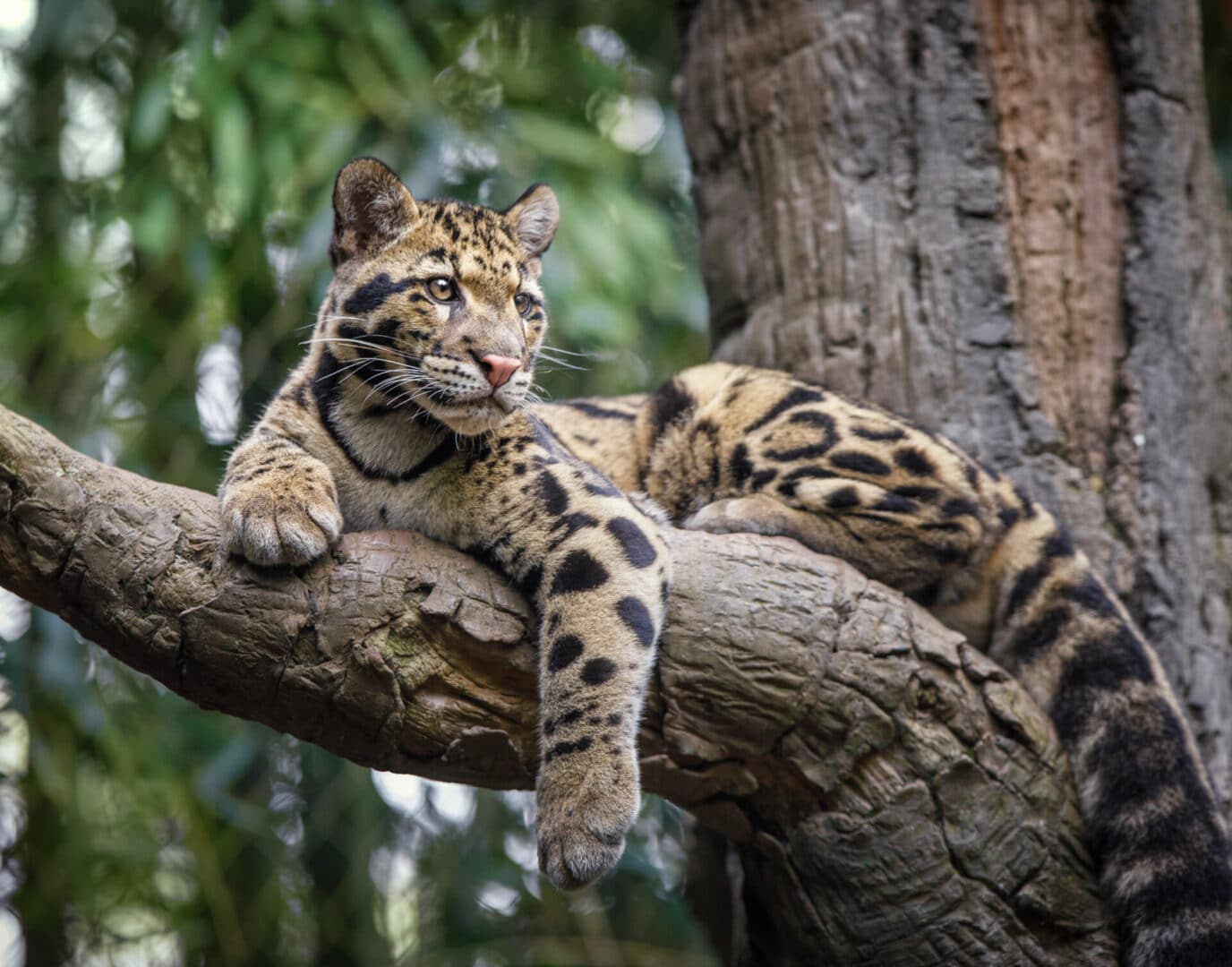 Boy, these cats can climb

You can’t live in a rainforest without knowing how to climb. Clouded leopards are expert climbers. You’d think that a large cat would struggle climbing. But, the thing is – clouded leopards aren’t as big as you think. Its body is smaller than most big cats, with males weighing up to 50 pounds and females up to 35 pounds. This makes it a little easier to climb.

Clouded leopards climb in ways you wouldn’t imagine. These cats can hang from trees with their paws and even climb down trees headfirst. It is only like they can defy gravity!

An interesting fact about clouded leopards is that they physically cannot roar or even purr. This is because these cats do not have the hyoid apparatus in the larynx that causes purring.

Clouded leopards aren’t silent though. They can make a range of other noises, like hissing, growling, or chuffing. 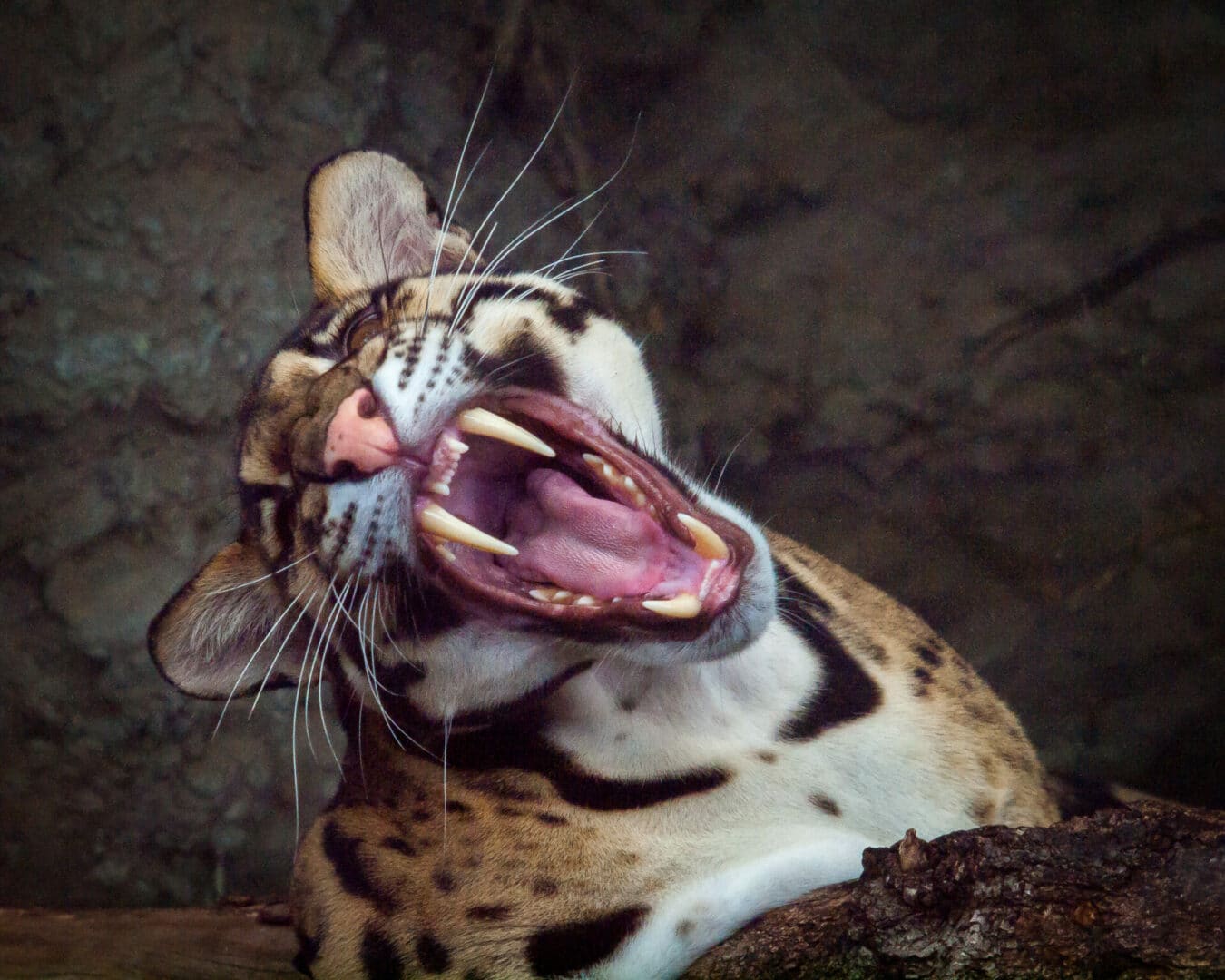 But, its jaws are super powerful

What helps make clouded leopards such great hunters is their jaws. Their mouths can open 100 degrees. Also, these cats have the largest canine teeth than any other cat, when comparing these teeth to body size. This helps clouded leopards successfully hunt deer, wild boars, slow loris, gibbons, and smaller animals, like birds.

Male and female clouded leopards don’t always get along

The clouded leopard may not be the largest feline, but these cats are pretty aggressive amongst each other. Particularly, males and females may get quite catty when searching for a mate.

Frequently, things become more than just catty. They can become lethally confrontational. Males often harm and kill females during this process. This explains why you may not see many clouded leopards in captivity. It is a dangerous task to breed males and females, which could potentially result in staff being injured, too. 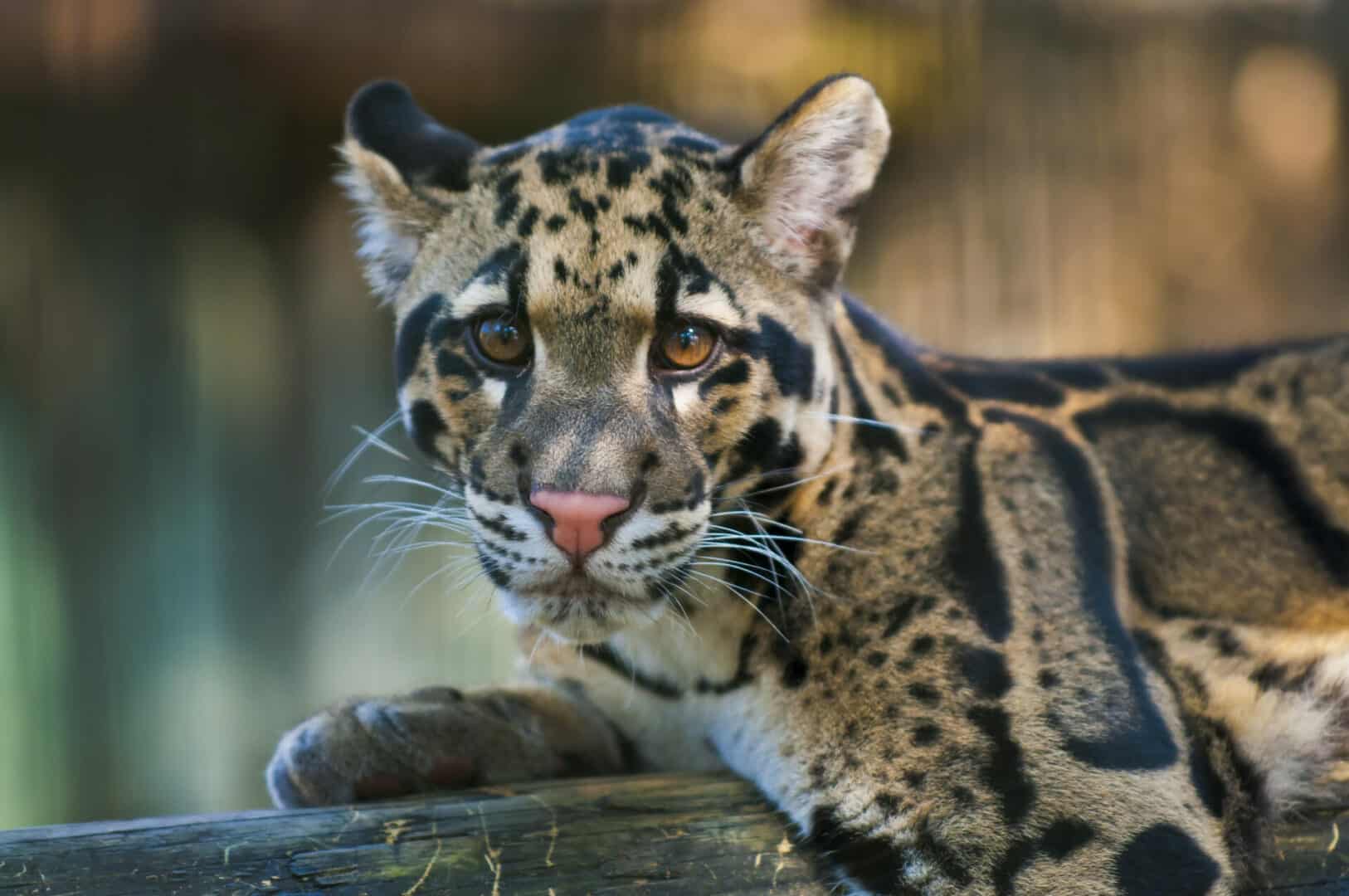 Clouded leopards are losing their habitat faster than most other cats

These cats are hunted for their looks

Clouded leopards are constantly in danger of hunting. Their gorgeous coats, impressive teeth, and bones are very desirable in the illegal wildlife trade market. This is heartbreaking. What is even more heartbreaking is that there are countries where eating clouded leopard is seen as a delicacy, often served to wealthy tourists.

The clouded leopard is an amazing animal that shouldn’t be allowed to disappear. It is a special animal, part of a gorgeous rainforest ecosystem that must be conserved. To help spread awareness about the clouded leopard, we hope you can share this post and help save this gorgeous wildcat from extinction. 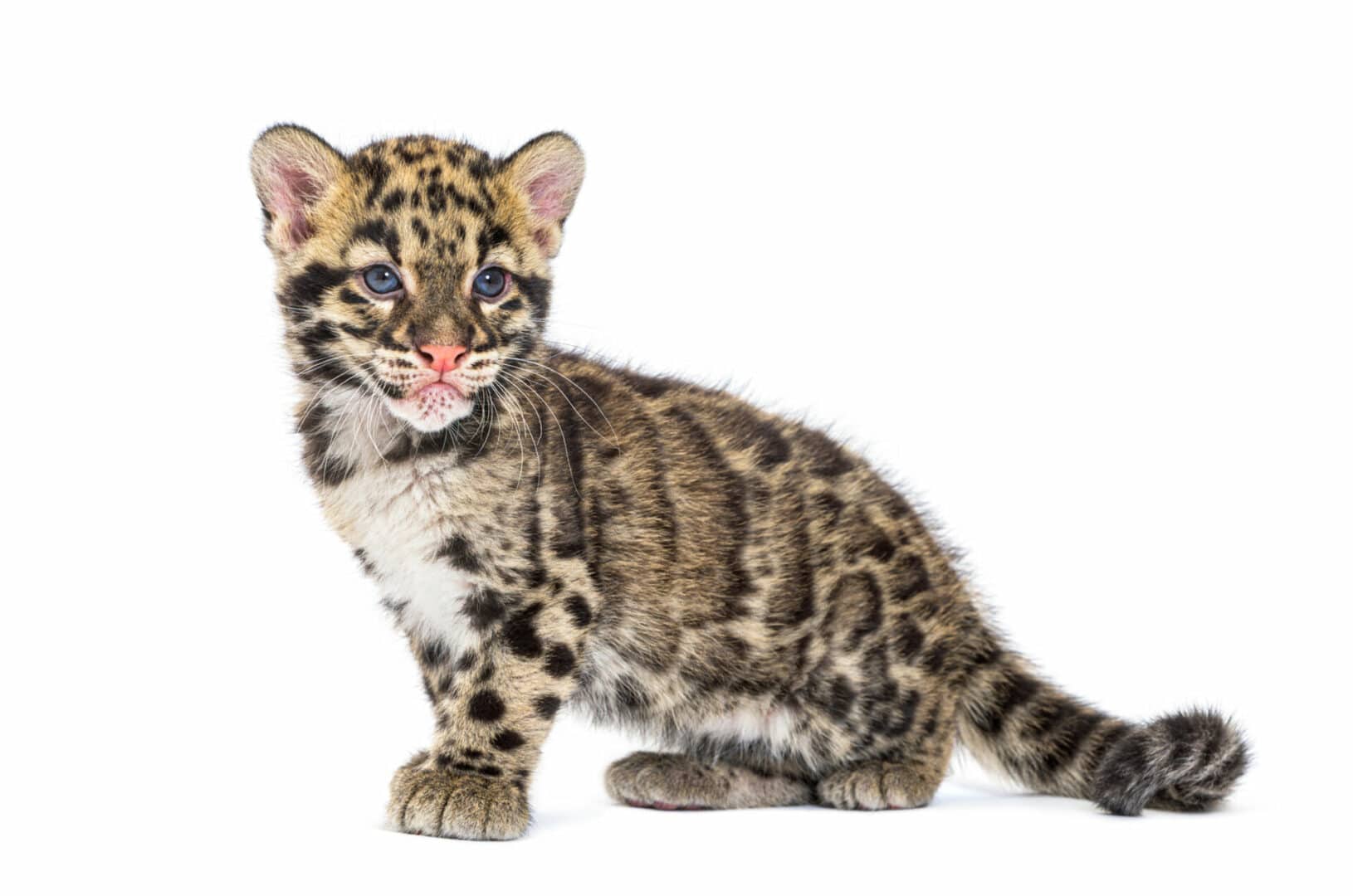 Cat Fights: What Every Cat Owner Needs To Know