I think pretty much every cat person knows about the love affair that was shared between the ancient Egyptians and our feline friends. Author Terry Pratchett once was quoted as saying, “In ancient times cats were worshiped as gods; they have not forgotten this.” And it’s certainly true! Have you ever wondered how and why this obsession began with cats and the ancient Egyptians? If you like learning about feline history, then you might like this purrfect little history lesson on cats and ancient Egypt. Enjoy! 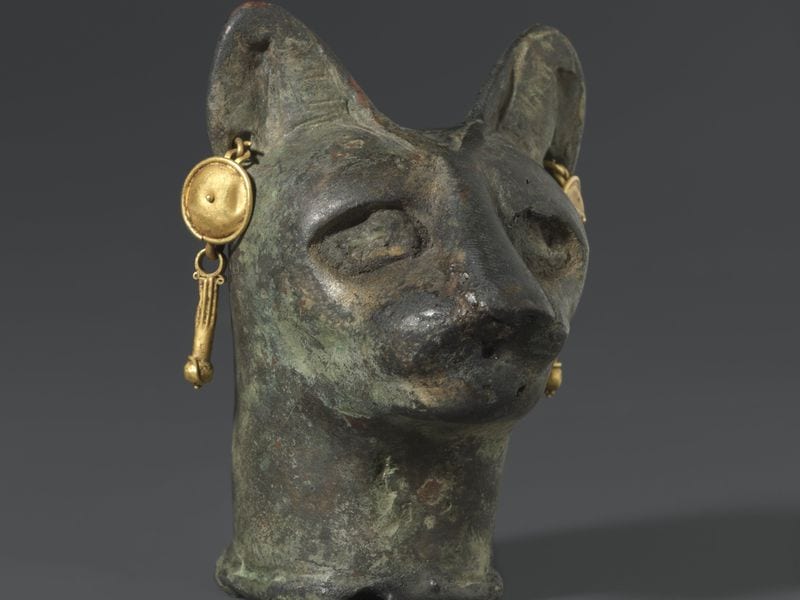 While the ancient Egyptians worshipped many animals, cats were thought to be their favorite of all. This was because cats were regarded as mysterious and intriguing beings that many believed would reward them with good luck. And for those who kept cats as pets in their home, they were completely pampered. Not only were they admired and adored, but they were regularly treated to superb treats and even dressed in fine jewels. Most of all, the cats of Ancient Egypt were thought to have “divine energy” that was viewed as sacred.

“The Egyptians looked at the cat the same way they looked at everything, as a way to explain and personify the universe.” 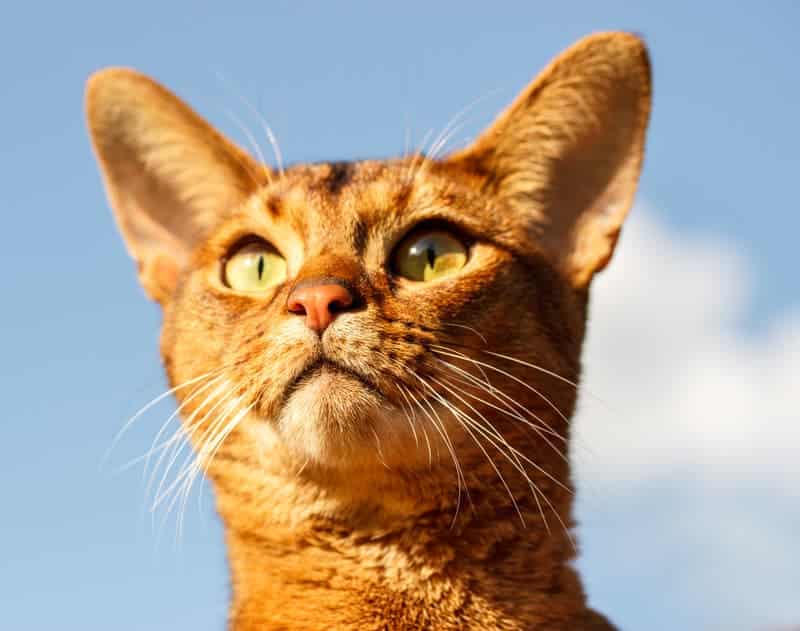 At the beginning of the time period, cats were mainly intended as village predators to ward off rodents and snakes. But, as the years progressed, their fascination with these mysterious and intriguing mammals began to fixate itself. These cherished beings were perhaps even the focal point of their existence. To the ancient Egyptians, everything in life had meaning. And they would ponder these meanings deeply. (And, I think it goes without saying that cats are any easy subject to focus your interest on.)

While several things were held in high regard during these times, from animals to the elements, the dual nature of a cat was likely what many found fascinating. Cats showed that they were loyal yet independent, fierce yet nurturing and protective. Divine Felines: Cats of Ancient Egypt is an exhibit which contains hundreds of ancient and wonderfully preserved artifacts from during this time period that explores the connection that humans and cats shared during this time.

Unfortunately, by the Middle Ages, many cats were feared and would be harmed because of it. But in the times of ancient Egypt, if a person was to harm a cat, the punishment would be severe for such a cruel act. 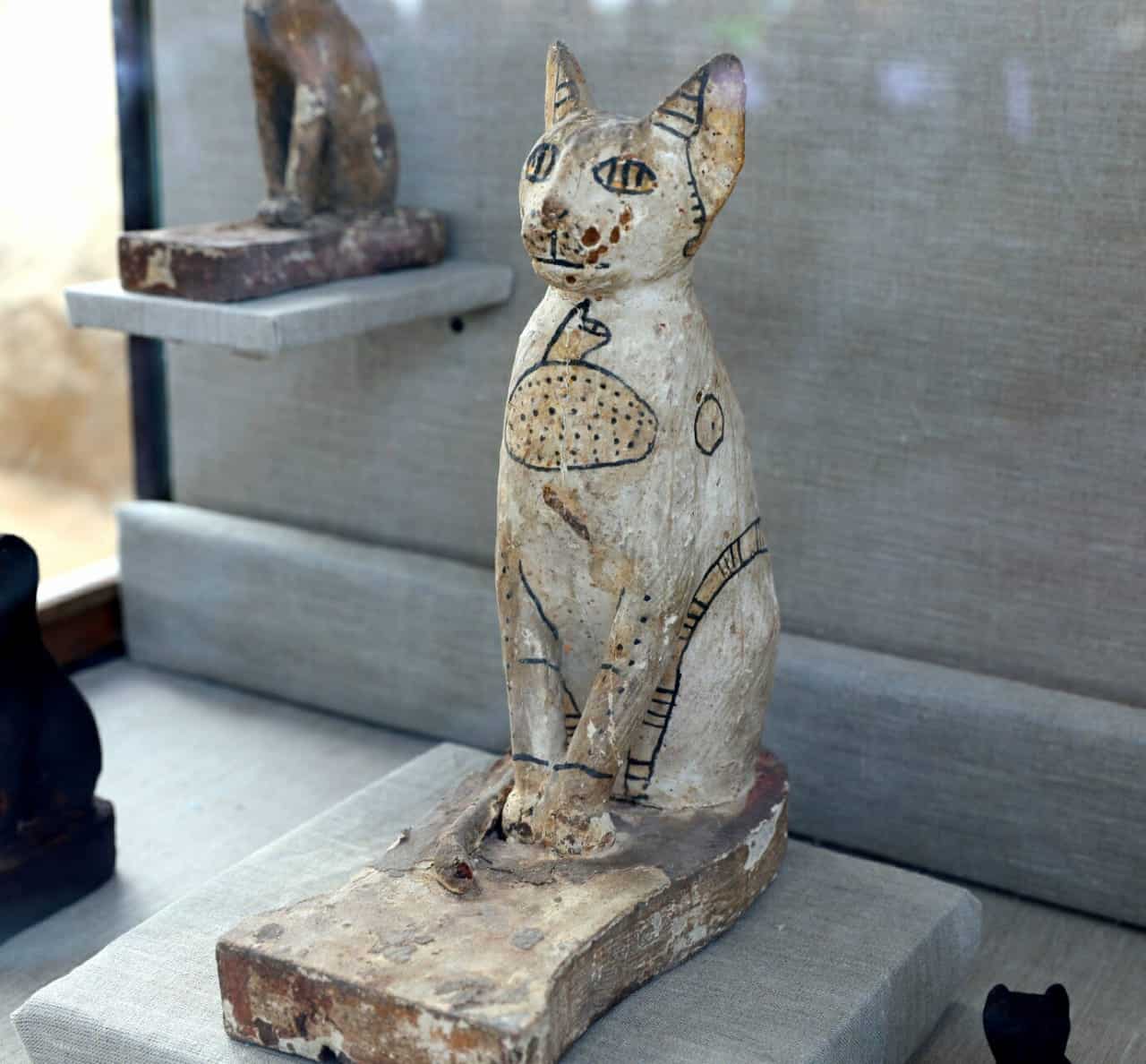 Image Courtesy of Ministry of Tourism and Antiques on Twitter

A cat’s passing was honored and memorialized

In ancient Egypt, when a person was mourning the loss of a cat, they’d sometimes shave off their own eyebrows. And once their eyebrows grew back, then they would feel as if their time of mourning was complete. Additionally, cats which passed away were mummified. No one could ever say “it’s just a cat” back then like we might hear today.

Hartwig also tells that, “Mummified cats would be sold to pilgrims who would go to the temple of the goddess Bastet and give the goddess back a little bit of her energy. They would also ask for a favor in the form of a prayer, known as a votive.” 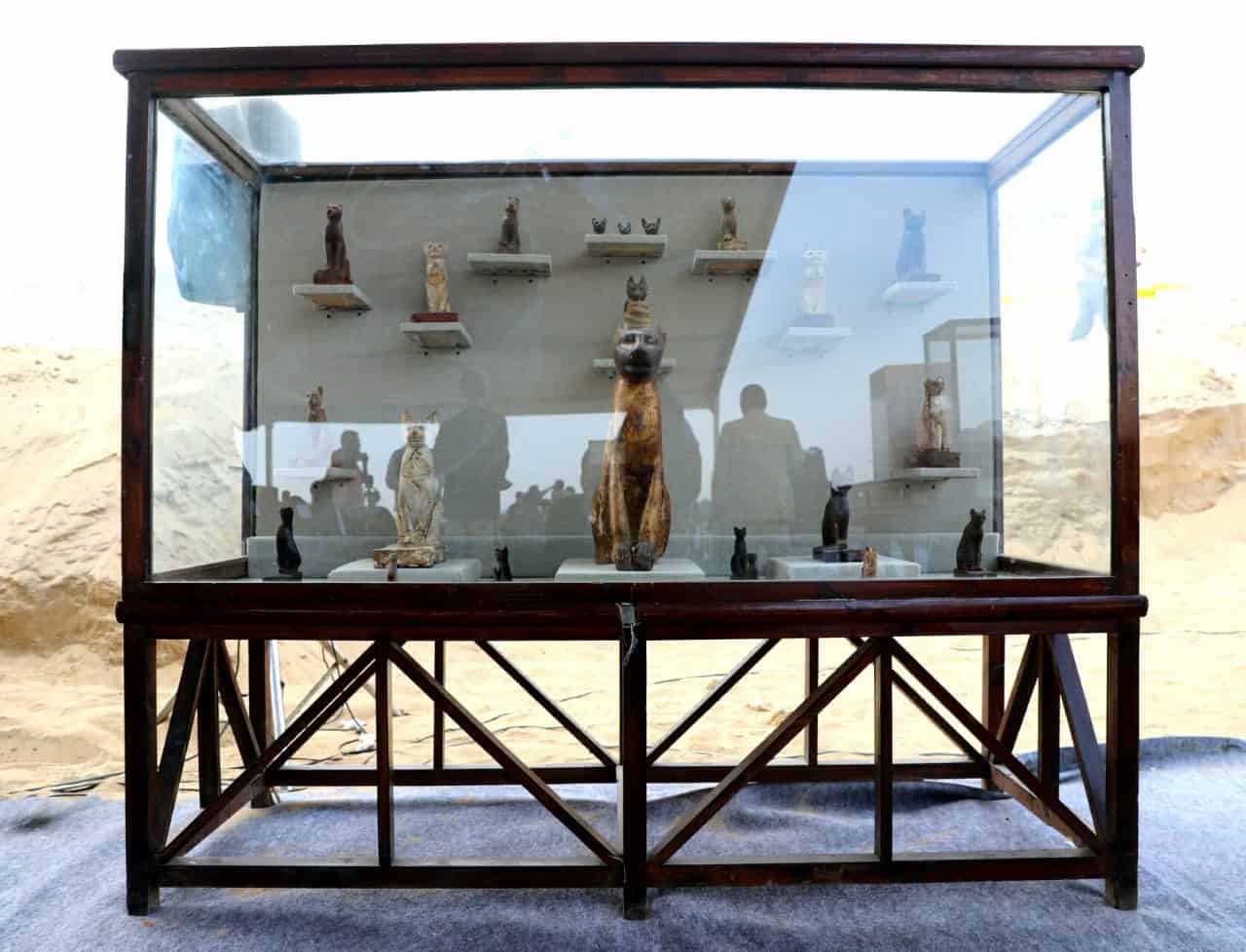 Image Courtesy of Ministry of Tourism and Antiques on Twitter

During these times, cats were praised, loved, and most of all, worshipped. The period of ancient Egypt spanned for nearly 30 centuries. It began with Egypt’s first king, Narmer, in approximately 3100 BCE, and ended with the death of Cleopatra VII in 30 BCE.

And a theory on why cats are believed to have nine lives even originated during this time. The ancient sun god of Egypt, Atum-Ra, was said to have produced eight other gods. And theories surrounding this all powerful and mighty god also said that he often took the form of a cat, which would equate to the ninth life. 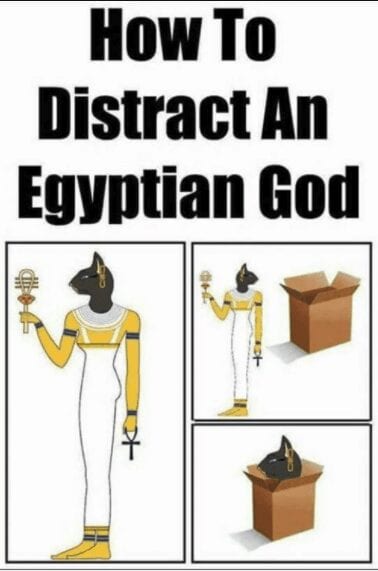 When it came to cat goddesses worshipped during this time period, there were four that are most notable: Bastet (also referred to as Bast), Sakhmet, Mafdet, and Tefnut. Bastet was easily the most popular of all the cat goddesses during this time. She was often portrayed with the body of a woman and the head of a cat. Britannica.com explains that,

“The daughter of Re, the sun god, Bastet was an ancient deity whose ferocious nature was ameliorated after the domestication of the cat around 1500 BCE. She was native to Bubastis in the Nile River delta but also had an important cult at Memphis. “

Bast was believed to be the personification of the soul of Isis. She was revered for many great things, too. Ancient Egyptians believed she could gift fertility, pleasure, passion, and many other positive things. Egyptians who worshipped her believed that she had the ability to protect a home from evil spirits and disease—particularly diseases that affected children and women. Bastet was perhaps one of the most loved goddesses of all, particularly in lower Egypt. And while she was loved, she was also feared—sounds like a cat to me! 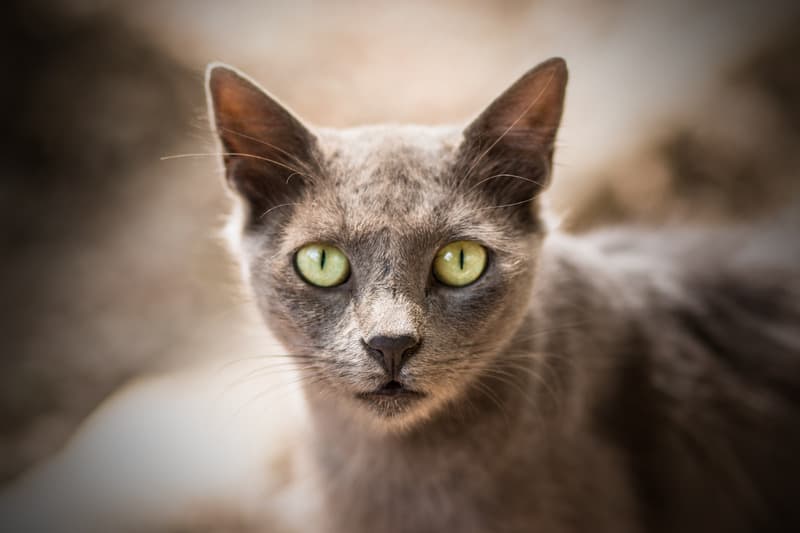 If only cats were still held in such high regard today, the world would be a much better place!

If you found this information interesting, don’t forget to share it with other cat lovers that you know so that they can learn something, too.

Have you ever wondered why some people say that black cats are bad luck? Find out the reason why here on cattitudedaily.com.

Meet Senior Scrappy: A Stunning Kitty With A Coat Like You’ve Never Seen