As we all know, cats love to sleep. While we humans sleep an average of 6-8 hours per night, our feline friends clock in around 12-15 hours in an entire day. Obviously we can’t do that because we have lives to lead and jobs to go to so that our cats can live their best lives. Cats often have a preferred sleeping spot for catching up on those precious cat naps, but what about cat sleeping positions?

Have you ever watched your cat sleeping and wondered what’s going through that little mind of theirs? Here I’ll break down for you some popular cat sleeping positions to give you some fun insight into the feline mind. That way, the next time you observe your cat catching up on his/her beauty sleep, you’ll have a better idea of what’s going on in that interesting little mind of theirs. 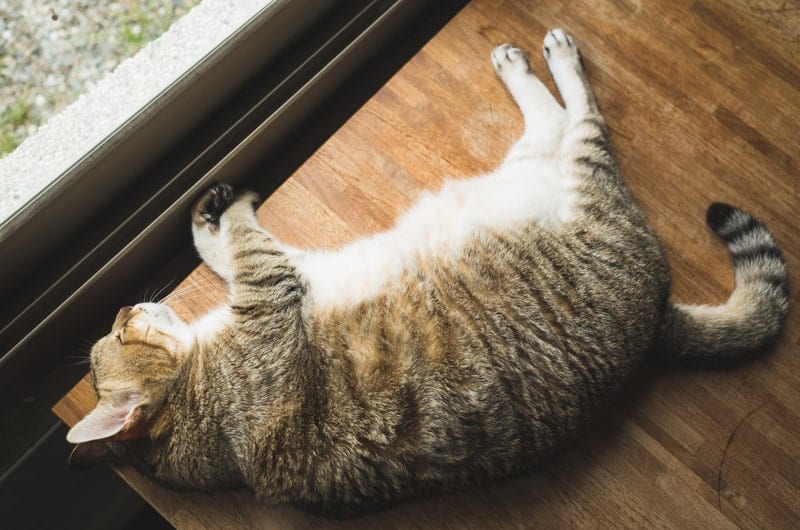 When cats choose to sleep with their legs extended out, this means that they are completely relaxed. Cats are naturally guarded creatures that can spring into action at a moment’s notice. Do you know why that is, though? Well, that’s because they aren’t always deep asleep! Cat naps are generally just times when they rest their weary eyes and recharge their internal battery. Therefore, they’re not actually sleeping, more snoozing you could say. But when you see a cat sleeping like this, it’s a telltale sign that they’ve entered a deep sleep because they don’t feel like anything is posing them a threat. A stretched out sleeping cat equals a cat at peace. 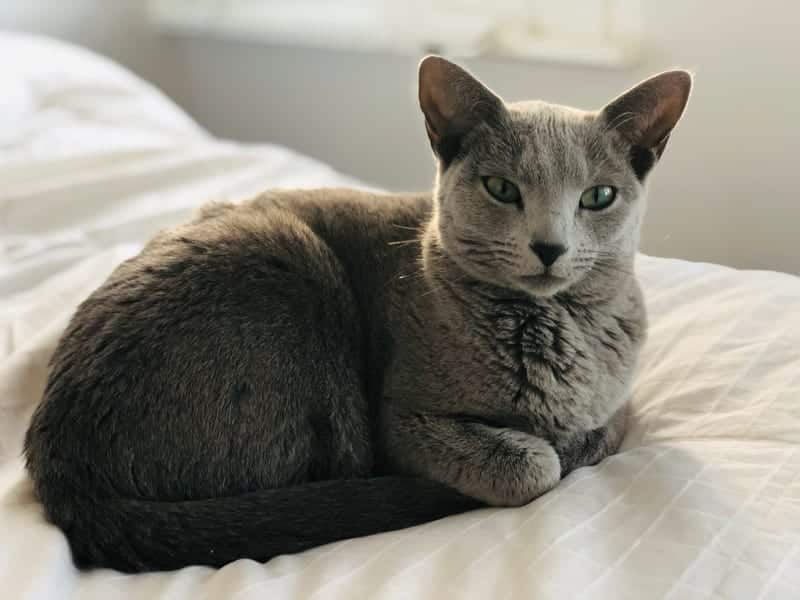 I don’t know about you,  but I just love it when kitties bread loaf. Similar to stretch sleeping cats, a cat will choose to bread loaf, tucking their legs under their body, when they feel comfortable and don’t sense danger. With their legs wrapped and tucked under their bodies, it takes longer to get up and run away. Therefore, if your cat bread loafs to sleep, they don’t feel a need to put themselves in a position where they could run off quickly. Cats often are resting, AKA snoozing, in this position. Watch them closely, and observe that they’re often not fully asleep when they assume this cat sleeping position. 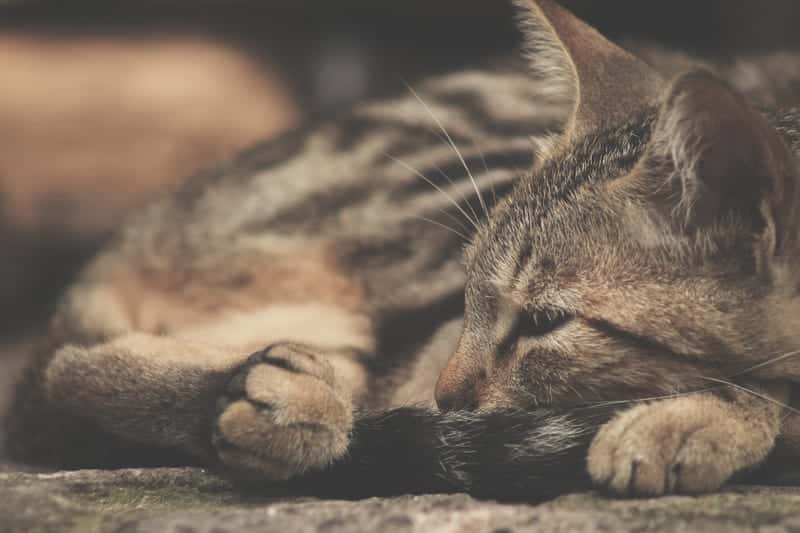 Cats love to be warm. If it’s cold outside or chilly in their resting room, they will often assume this cat sleeping position as a means to preserve heat. In the wild, foxes will wrap their tails around their bodies and cover their faces to keep warm. While your cat is not a fox or a wild animal, they resort to this tactic for the exact same reason—to keep the heat close to their bodies.

Did you know that cats will also sleep like this because in this position they’re able to protect their vital organs from attack? Obviously, in your home, they’re safe from such threats, but this sort of thinking is hardwired into their DNA. 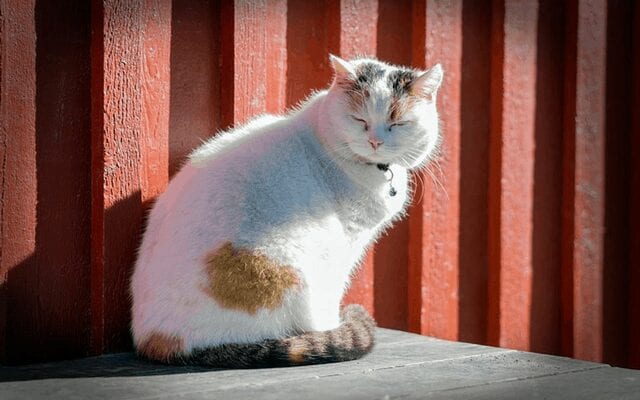 Have you ever noticed your cat sleeping, sometimes upright often with their tail wrapped around their paws. The slightest sound will send those ears right around with the help of the 32 muscles they use to control them. (Those same ones they use to ignore us, too.) When cats choose to sleep like this, the reason they’re doing so is that they are actually on high alert. Cats purr when they are happy, but they can also purr to relieve themselves of stress or put their minds at ease. If you were to listen closely, you might hear your cat doing exactly that, too! Kitty, Why Are You Sleeping On My Head?

This is one that many people often wonder about. I have a Maine Coon cat that will do this and let me tell you that it gets hot—and fast. But just as cat owners do, I let him do it because I love him and it makes him happy. But do you know why cats sleep on your head? Well, there are two reasons, actually. The first reason is that this is the warmest part of your body where heat escapes from. And as well all know good and well, cats simply love to be warm.

The second reason? Because cats do not like to be disturbed when they’re sleeping, your head is much less likely to move than your arms and legs. (Some also speculate that your cat likes the smell of your shampoo, but I’m not too certain on that one.)

Show Me The Belly!

When a cat flashes you their belly, this is the ultimate sign of trust. A cat is most vulnerable when they are on their back. And for an animal that’s a predator—and also prey to larger predators in the wild—this is the highest level of respect and trust they can show another being. Take it as a huge compliment—especially if this is their favorite of the cat sleeping positions I’ve mentioned. 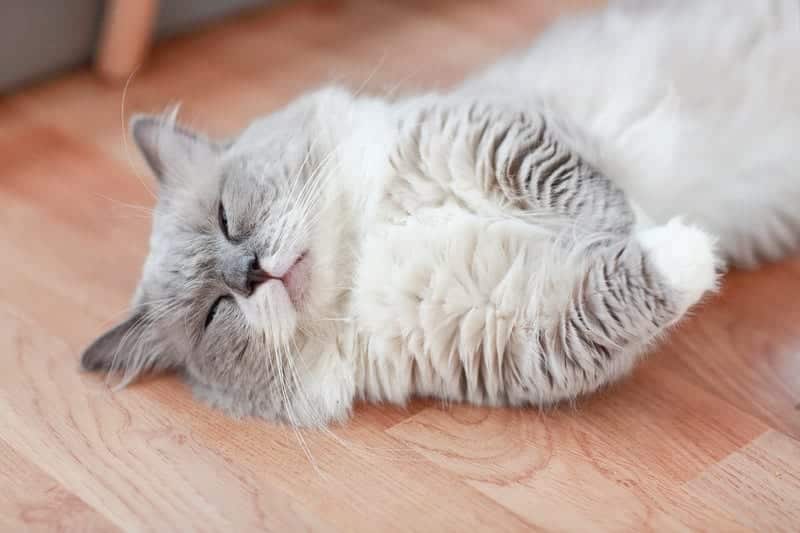 
Interested to learn some fun facts about cat sleeping habits? Check out this article all about it here on cattitudedaily.com.

At What Age Is My Cat Considered A...