Why Do Cat Eyes Glow?

Anyone who has ever tried to photograph their cats, they’ve often found themselves with a photo of glowing cat eyes as a result. Humans with light eyes can sometimes appear red in photos, especially when the flash is used during the image capture. Have you ever wondered why a cat’s eyes will glow in photographs or bright light? Keep reading, because we’re here to tell you! 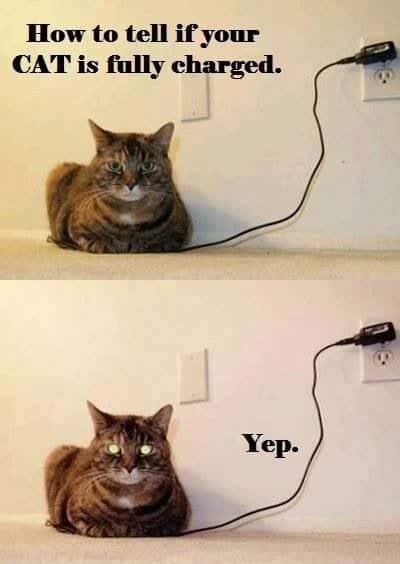 What exactly is eyeshine?

The reason for your cat’s eyes glowing in photographs technically has to do with the structure and science behind their eyes. Cats have the ability to see in dim lighting, as their night vision only requires one-sixth of the light humans require to see. Eyeshine is the technical term used to describe the glow that appears when you look at a cat’s eyes in photographs or when a bright light is flashed in their direction in dim lighting. And cats are not the only animals whose eyes can glow like this. Dogs, big cats, cattle, and even deer can also have eyes that glow. Although there’s a science behind it, sometimes these “vampire eyes” can look a bit creepy at times! 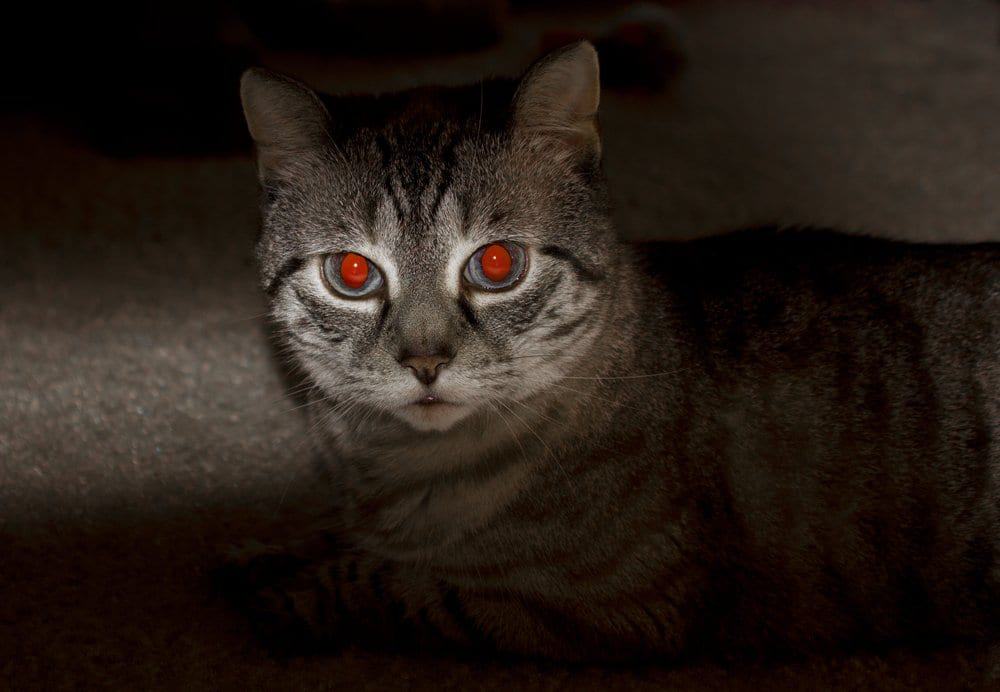 Why is eyeshine different for humans?

Compared to a human, a cat’s eyes are much larger in comparison to their size. And these large eyes? Well, it’s what allows them to see better as they can absorb more light. Your cat’s eyes have a layer of highly reflective cells known as tapetum lucidum which is located between their retina and optic nerve. So, when you are seeing this eyeshine, know that’s exactly what you’re supposed to be seeing! These animals with superior night vision have this glare in their eyes because whatever the photoreceptor cells in their retina don’t catch, hits the tapetum lucidum and takes a second pass at the retina again. Because the tapetum lucidum is significantly more reflective than the retina, the redness is muted and causes the ghoulish glare. 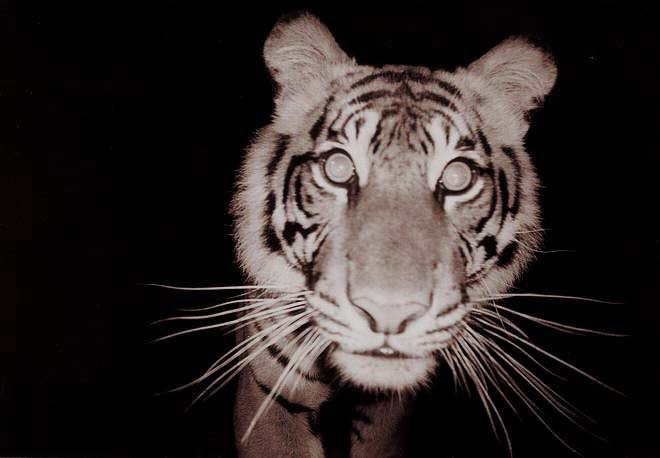 For us humans, our eyes can shine only in photos, and not in flashlight beams, the way that these animals’ eyes do.  Essentially, the tapetum lucidum in your cat’s eyes operates like a mirror and reflects. Veterinary ophthalmologist Dr. Bill Miller, of the Animal Ophthalmology Clinic out of Memphis, TN tells Vetstreet:

“The eyes of these animals are geared for low-light vision. They include dogs, cats, cattle, deer, horses, and ferrets. However, humans and primates do not have the tapetum lucidum, and neither do squirrels — because they’re more active during the day, their retinas are designed for brighter light vision.”

Gizmodo.com explains further the difference between human eyeshine and the eyeshine we see when cats’ eyes glow. They explain that the glow of red human eyes is similar to the glow of the moon because it’s reflected light of a far greater light source. 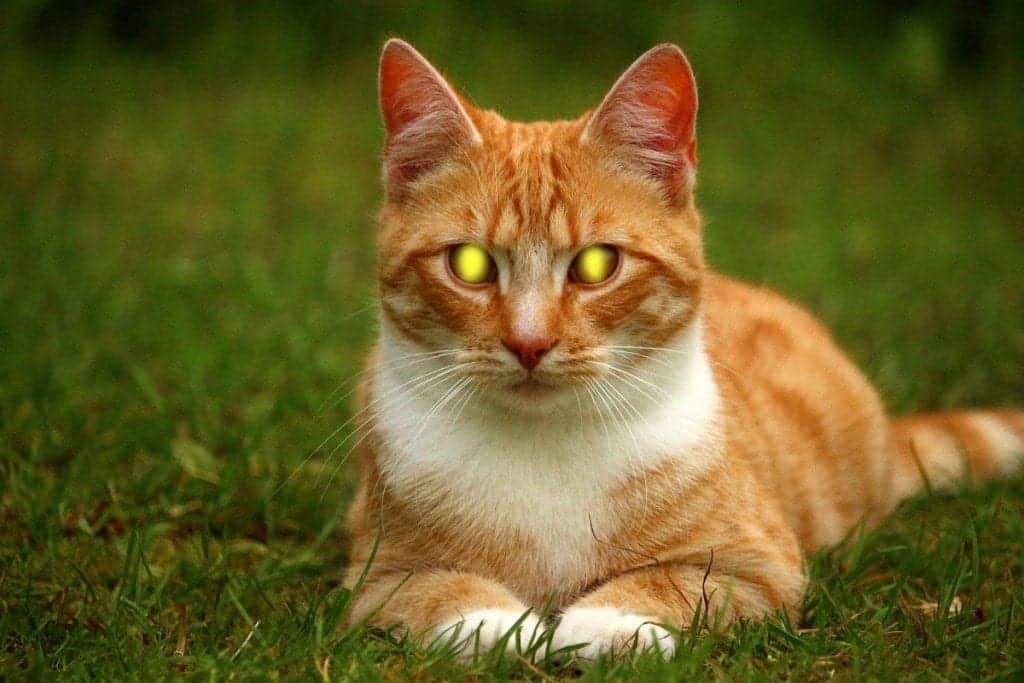 Once you understand the science behind eye structure and what each part is responsible for, the cause for cat eye glow makes a lot more sense. And like we said above, there are multiple mammals that have the tapetum lucidum membrane layer to their eyes, too. Sciencing.com gives a breakdown of eye anatomy and physiology to better help us to understand:

The eye contains photoreceptor cells called rods and cones. Photoreceptors are sensory cells that detect and process light energy. Rods differentiate light and dark and cones differentiate color. Rods and cones cover the retina, a layer of the eyeball that forms images and transmits signals to the brain via the optic nerve. Some animals, like humans, have a layer of pigmented cells called the choroid that is located behind the retina and absorbs light. 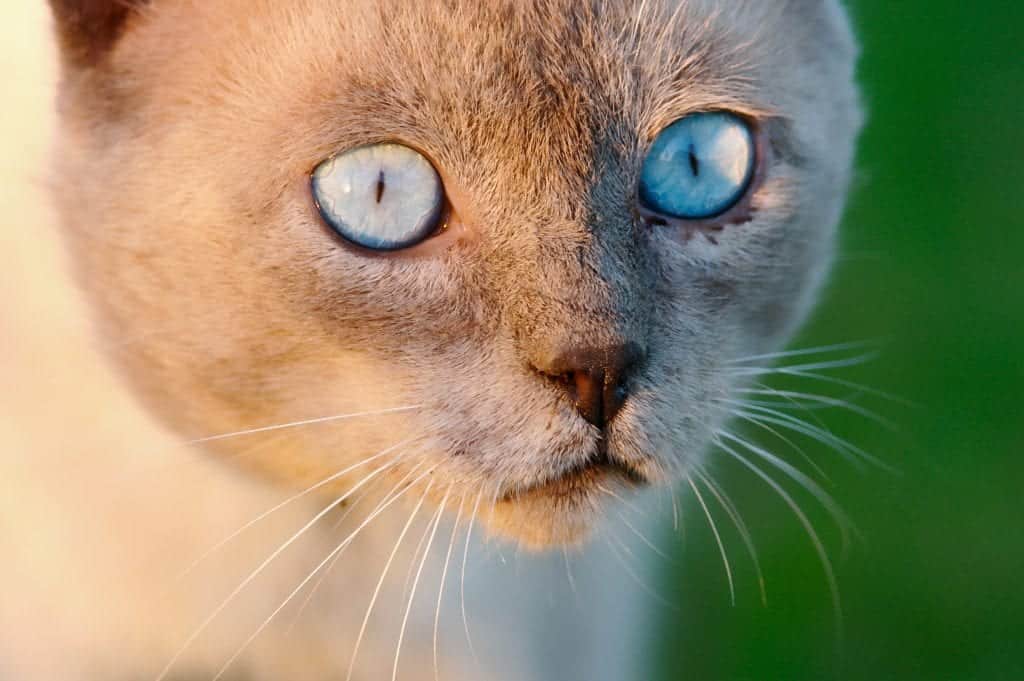 Want to take better photos of your cat? Stick with natural light, and always avoid using flash. The natural light also makes for magnificent images of cat eyes, with the full color at maximum exposure. For animals with this tapetum lucidum membrane layer, their eyeshine color can also change as they age as their lenses become denser and aren’t able to reflect as much light as they once were able to. For cats with white coats, their eyes will often appear reddish in color due to their coat’s effects on their eyes—especially those which are albino.

Did you learn anything new about our feline friends? Share this article with a cat lover that you know so that they can learn something, too!