In the beautiful region of Holland, there live two handsome cat brothers that love to keep their cat mama on her toes. These two energetic cats can be a handful, but their loving human wouldn’t have it any other way. Whether they’re safely exploring the great outdoors or dipping their paws in the freshest water, River and Rio are the epitome of Bengal cat cool.

I caught up with their cat mom hoping to feature them on the site, and thankfully for me, she agreed. So, everyone, keep reading to learn all about this sibling cat duo that is the purrfect definition of mayhem and mischief. 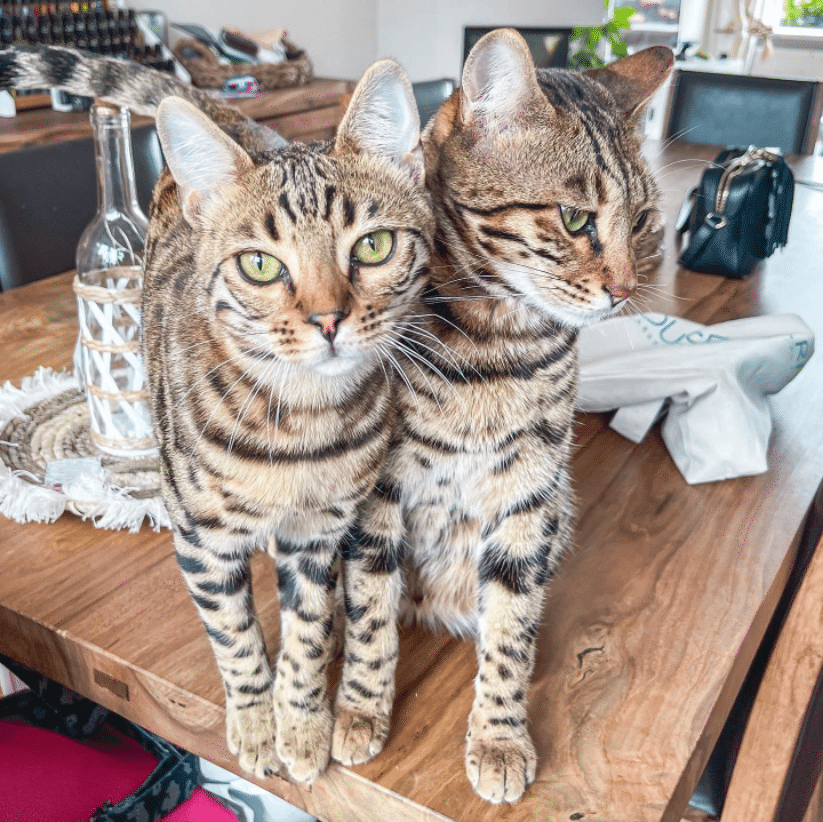 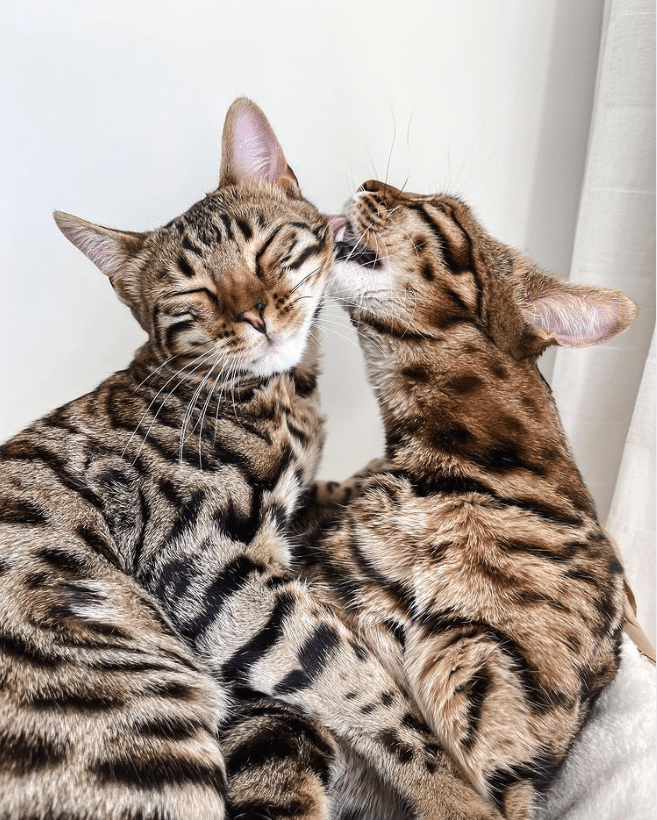 I wanted a name that represented water as I was aware that Bengals love to play with water. Before I even got him, I just knew I was going to name him River. I just loved the name.

We got Rio 8 months after River. I debated between the name Rio and Rayan, but Rayan just didn’t ‘feel’ right. My parents-in-law lived in Mexico for many many years and most of the roads there are named Rio …… so it was a nice fit.

Plus, River & Rio sound cute together. 😻

River loves to go on walks in the forest and around the neighbourhood. He loves chasing flies and birds and of course napping.

Rio loves to play. Eating boxes is his favourite thing. He also loves to chase flies and climb anywhere that he shouldn’t be. 😹 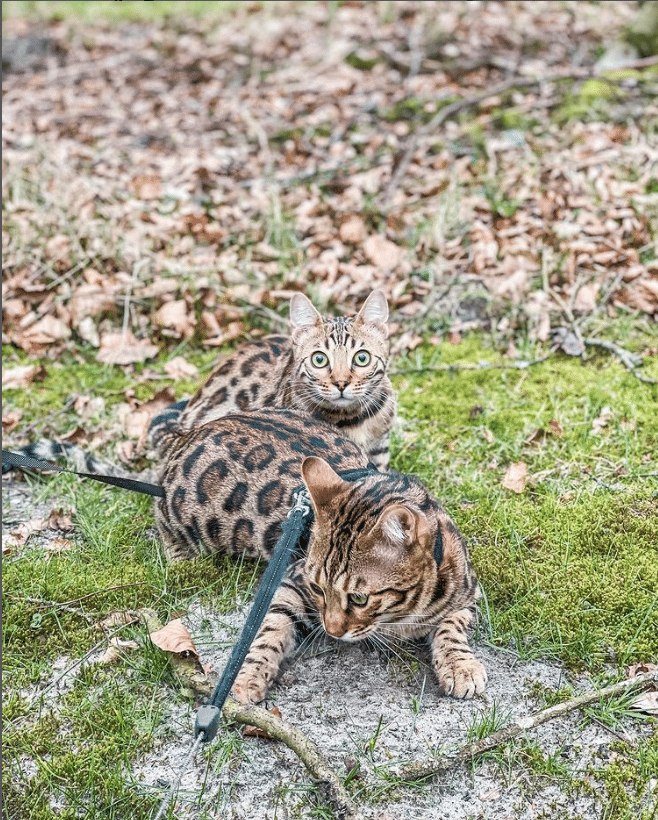 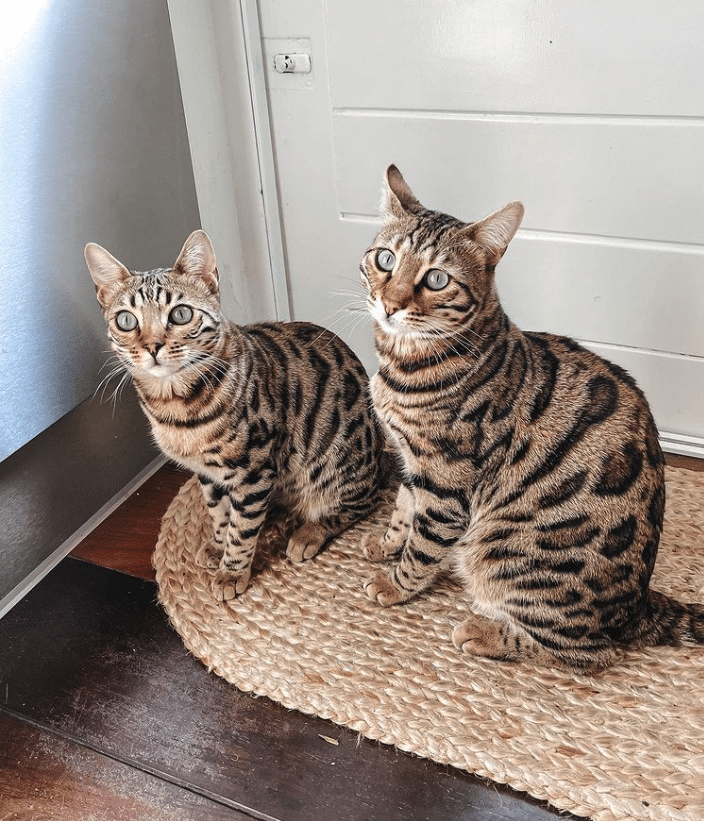 They get along great together now.

The first couple of weeks were very challenging, especially as I traveled to the UK with them both on my own on the ferry from Holland just one week after we brought Rio home.

We kept them separate for the first 3 or 4 days, just letting them get used to each other’s smell. We then did short supervised play with them and gradually increased their time together.

They play fight, but they also love each other a lot.

Both are very independent. It’s not often you will find them snuggled up together, so when they are, it’s so lovely to see. They do give each other a clean numerous times a day though. 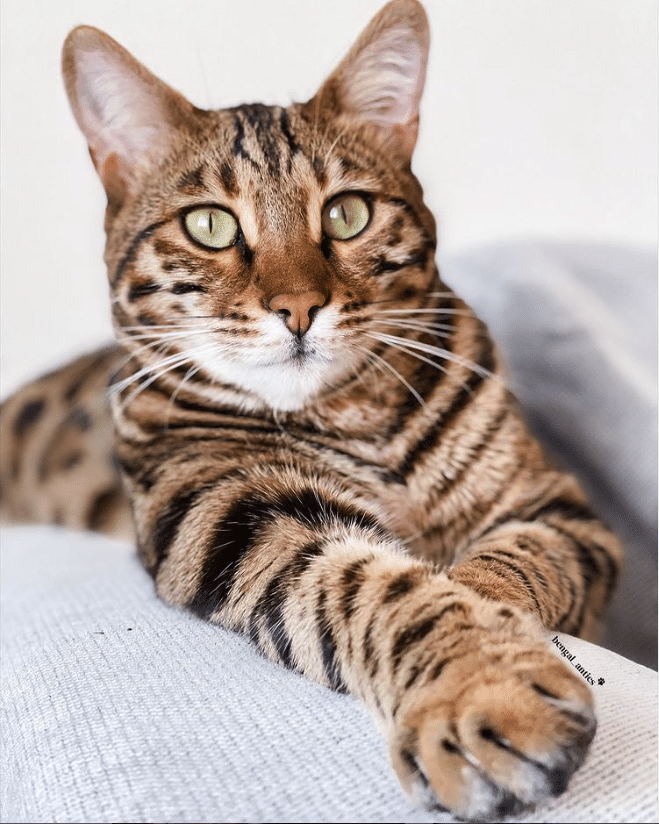 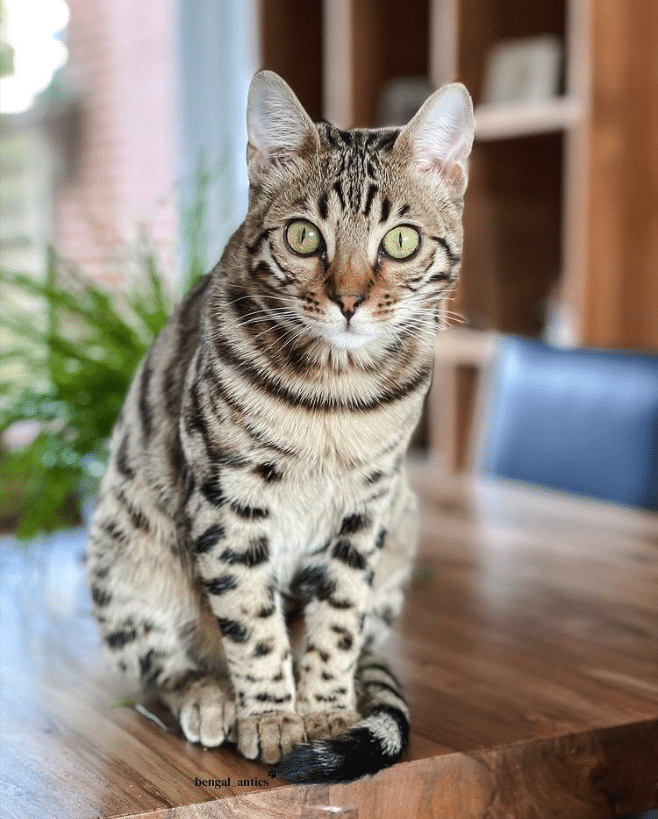 They have very different personalities even though they are half brothers – same dad.

River is very inquisitive, curious and daring but very quiet. He rarely ever talks – which people tell me is unusual for Bengals.

Rio on the other hand is more vocal. He talks most of the day. He’s very playful but much quieter, shy and reserved, although still very curious when he feels safe in his environment.

What’s something special you’d like for people to know about River and Rio?

River is an adventurer and explorer by nature. He would be outside all day every day if I let him. Unfortunately for me though, he’s not a lap cat. He loves to be close to me and follows me everywhere like my shadow. Rio has only just started going out on the leash in the forest so he likes to stay close to me or River.

He’s more than happy to stay home and play. He’s also not a lap cat, but I do find him snuggled at my feet on the bed most mornings.

Rio was my 40th birthday present. We brought him home on my birthday. It had been a tough few months as my dad passed away only a month earlier. Both of the kitties bring so much sunshine and happiness into our home. There’s definitely never a dull moment with them around. I wouldn’t change them for the world. 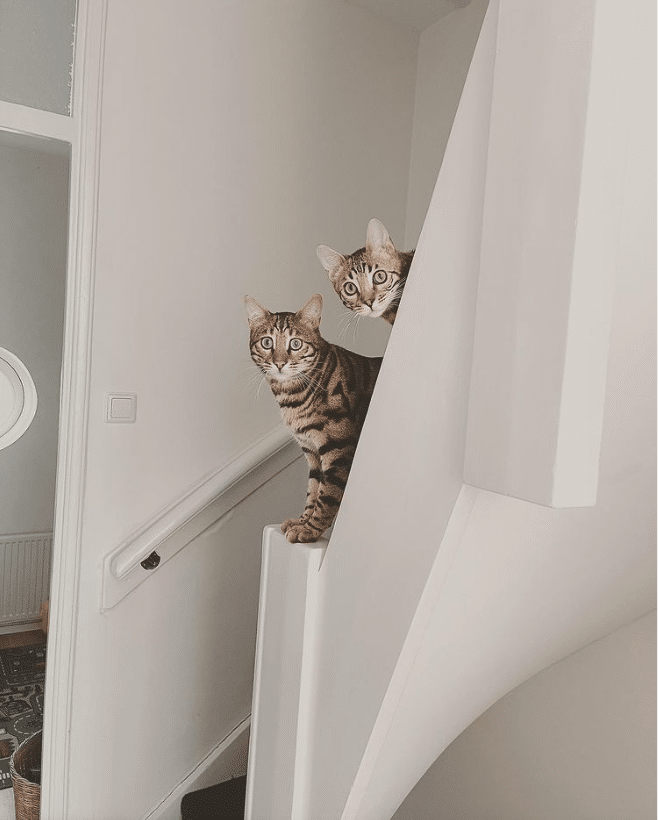 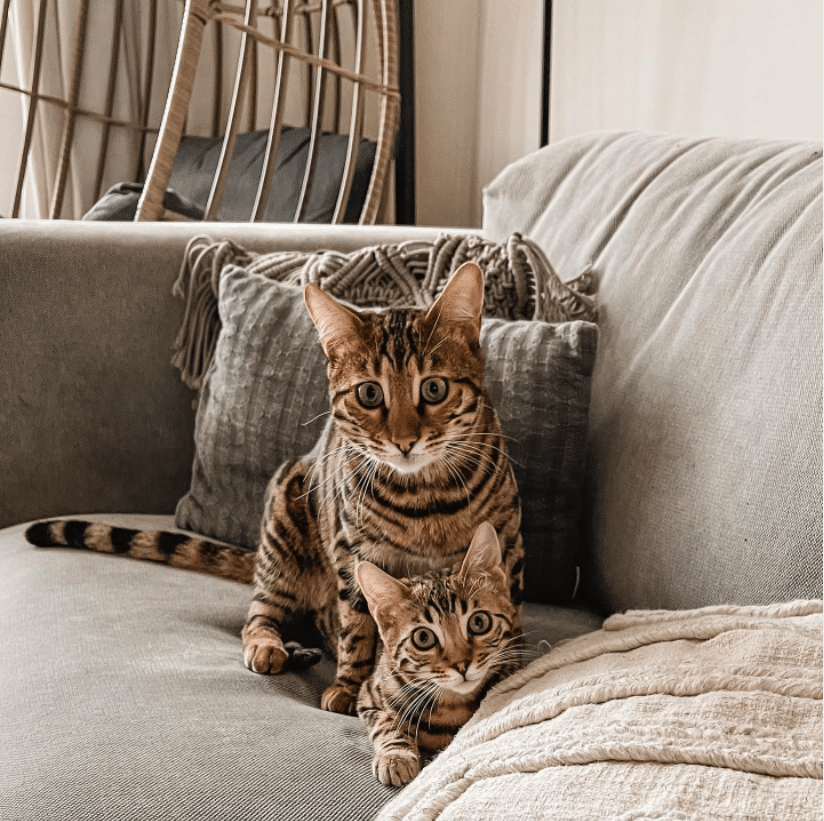 I’d like to give a special “thank you” to River and Rio’s cat pawrent for allowing me to share their story and images with all of the Cattitude Daily readers. To see more of these adorable Bengal bros, be sure to check them out on Instagram.

Can’t get enough of Bengal cats? Learn all about them here on CattitudeDaily.com.