Cat And Owner Reunited After Decade Apart Thanks To Microchip

Roughly ten years ago, a teenage cat owner’s cat went missing. The girl from Tooele, Utah was immediately heartbroken. She searched and searched, and was devastated by the sad reality that she may never see her cat again. As weeks turned into months, she couldn’t help but think that her missing cat, Mocha, had been struck by a car or worse. She grew up, had a family of her own, and has even welcomed another cat into her life since then. But she never forgot about her long-lost Mocha in the back of her mind.

But, what she didn’t know was that Mocha just couldn’t find her way home. And she was living life as a lonely stray cat without a home. Thankfully, there was a kind woman who had taken a liking to her and would feed her daily. And this carried on for a decade. The woman was kind enough to feed her, but didn’t think to bring her in because she assumed she was just a stray cat. It wasn’t until recently that the woman called Tooele City Animal Shelter about this homeless kitty. She was preparing to move, and worried that no one would feed the little tortoiseshell cat that she’d grown a soft spot for over the years.

The shelter suggested the woman safely trap the feline and bring it in to the shelter. Maybe, just maybe, it could be microchipped. (Pretty sure you know the answer to that by now!)

As it turns out, this kitty most certainly belonged to someone. And thankfully, the registered phone number still worked for the family who had lost their little mocha over a decade ago.

You can read about the heartwarming reunion below, which was shared with permission granted by Mocha’s owner onto the shelter’s Facebook page:

We have had a lot of inquiries regarding the post made yesterday, and whether or not the owners were able to reclaim their pet.

Our jobs here at the Animal Shelter are to care for and house stray animals for a 5 day period to give the owners a chance to reclaim their missing pet. Upon intake, we scan every pet for a microchip (some cats have to be scanned a few days after intake, as the new surroundings can make them a little extra feisty for the first couple of days). If no one reclaims the pet after their 5 day stray hold, we place them up for adoption to a new loving home.

After talking to the family, we received permission to post about their story, in hopes of encouraging people who find strays to bring them to the shelter so we can properly search for an owner (as is state law).

Mocha went missing 10-13 years ago when her owner was in high school. She was so heartbroken over her missing kitty, and searched for a long time. She didn’t want to go to school, and only wanted to keep looking for Mocha. Over time, she and her parents lost hope and eventually believed that Mocha had passed away or been struck by a car. This had a big impact on Mocha’s owner, but eventually she was forced to move on from the loss. 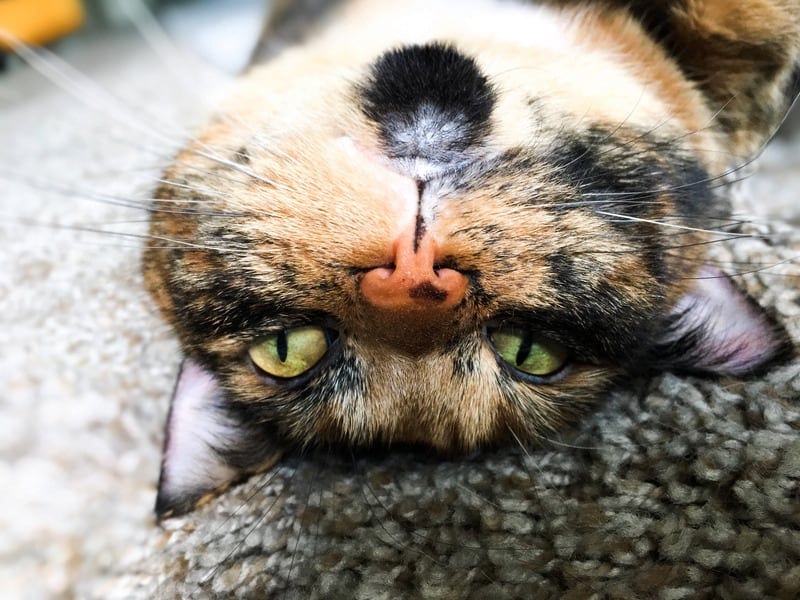 (another tortoiseshell cat, not actually Mocha)

She grew up and became an adult, married, and had her own children. They got a dog and another cat that they love very much. 10-13 years went by.

A few days ago, we had a stray cat brought in because someone who was feeding it had to move and was concerned nobody was going to feed the cat anymore. This individual claimed to have fed this stray for the past 10 years. The shelter manager had a feeling to scan the cat upon hearing the story, so a technician scanned it. This cat had a registered microchip! We called the chip company, and then the owners of the cat, and they were initially so confused. They said their daughter once had a cat that went missing, but that was 10+ years ago.

I asked them to come to the shelter to look and see if this kitty rang any bells. They came down to the shelter and immediately upon seeing her, the father said he remembered this cat and said he was going to go home and contact his daughter who lived in her own place with her family in another city.

An hour later, a very excited and shocked woman turned up at the shelter, and said her parents called her about the cat. The manager took her to the back stray hold room and showed her the kitty in question, and the woman was quickly moved to tears. She knew this was her cat that went missing when she was a little girl. She was shaking all throughout the reclaim process, and just overall in shock.

Mocha was reclaimed today, and is going home with her rightful owner, to be a very spoiled (very indoor) little kitty. Hopefully they are able to make up for lost time, after all these years of thinking Miss Mocha had vanished and was likely deceased. 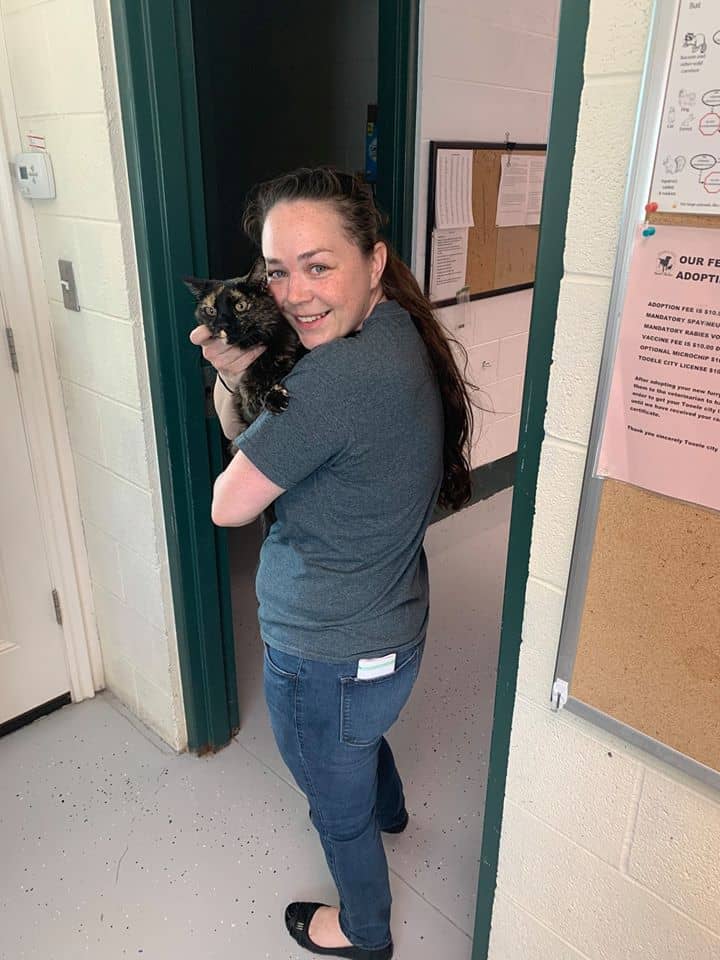 We are posting this to encourage those of you that find strays and don’t want to bring them to the shelter out of fear of what might happen to them, to please reconsider. Bringing the animals to the shelter is one of the only ways to increase the chances of their owner finding them. That skinny, matted stray cat or dog that you just saw on the street may be the next pet that has been missing for over a decade, with heartbroken owners who have lost hope.

We have had a large number of people refusing to bring strays into the shelter lately, and making it very difficult for us to get the pet back to their owners. We have also had several instances in the past few months of people keeping strays that do not belong to them, for long periods of time before finally reporting the stray to animal control. Their owners eventually lose hope of finding them and move on with their lives. By the time someone comes forward with the stray whether it is 2 weeks, 3 months, or 10 years later, the rightful owner of the pet may not be around anymore, or may have lifestyle changes that prevent them from reclaiming their long-lost pet (such as new pets, landlord issues, etc.). Please do the right thing and report strays to Animal Control authorities.

The law states that you have 24 hours to report a stray to authorities, before you can be charged with harboring a stray. This law is in place for situations such as Mocha’s. If Mocha had been brought to the shelter when she was initially found, she would have been returned to her owner 10 years ago. Instead she lived a long, risky life out on the streets with no where to call home, and a well-meaning individual feeding her as a stray. 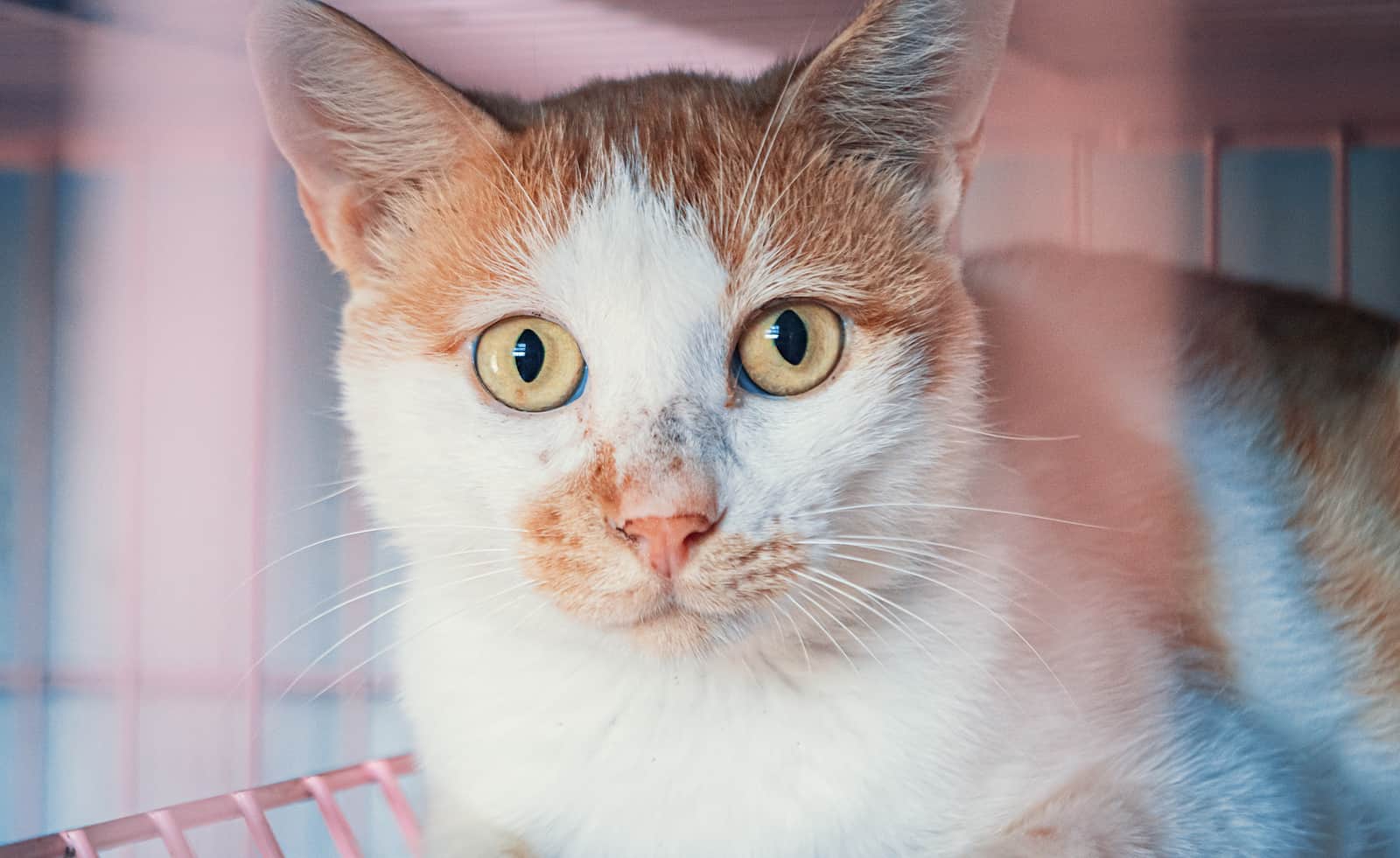 We also want to encourage everyone with a pet to please take them to your local vet and microchip them! And also make sure that the microchip is registered under your name with correct contact information! Checking the registration of a chip takes a short phone call, and will make all the difference. We get a lot of animals in the shelter that are chipped, but the chip isn’t registered, therefore is useless. Without Mocha’s chip, she never would have been reunited with her owners today.

Today has been a very happy and emotional day for us at the shelter, as we remember why we have the jobs that we do, and we feel that all of the hard work and dedication we put forth every day (and some of the harsh words and backlash we receive for enforcing the animal laws) is worth it when we get to return a pet to their loving home like we did today.

We wish Mocha and her owner a happy life together!

This story just goes to show you the power of microchipping your pet. Without it, unexpected and beautiful reunions like this couldn’t be made possible.

If you’d like to learn more about the Tooele City Animal Shelter and the work they do for our four-legged friends in need, you can visit their Facebook page here. Hopefully this unexpected reunion can encourage more people to take a stray cat in to scan for a microchip. You never know if it could be a heartbroken person’s kitty cat just trying to find their way home.

Want to read about a fateful happy ending for a girl who lost her cat only to find her several years later—while volunteering at her local shelter? Read about the sweet reunion here on cattitudedaily.com. 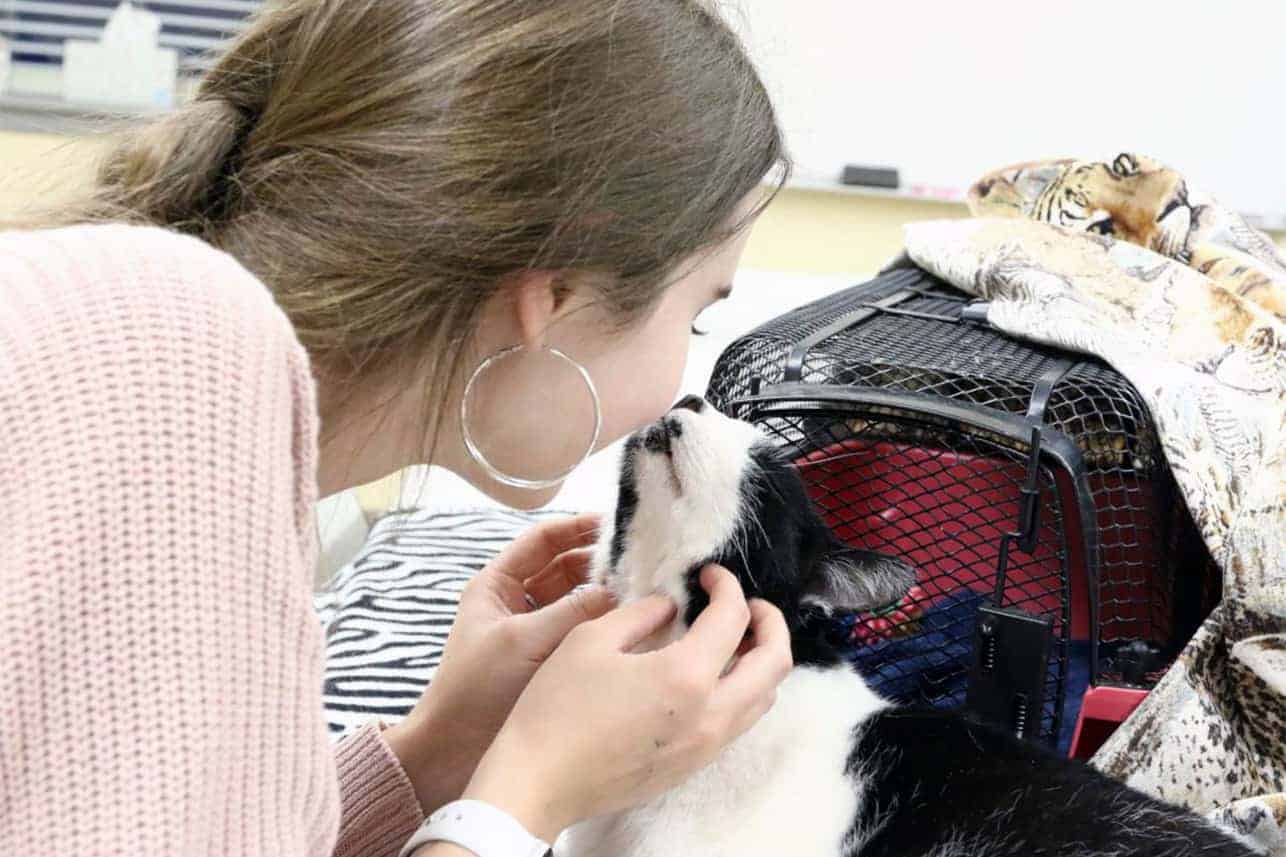 Why Don’t Some Cats Purr?

5 Things Everyone Should Know About Cat Body Language

Photogenic Kitty Named Freya The Fluff Is Too...