When spending time on the Cattitude Daily Facebook page, I often come across stories of cats that make me smile. And this is especially true when it comes to stories about rescue cats finding their happily ever after. For three pretty kitties named Cinder, Puma, and Nae Nae, they found their happy ending in the form of a woman with a heart for cats in need. Their cat mom, Polly, told me that:

“Cinder (left) is a 10-month-old rescue I adopted to play with his older brother from another mother, Puma. Sometimes Puma loses patience with his little brother but mostly, he is glad we adopted him. Puma is four. They also have an older, hissy prissy sister named Nae Nae. She will sometimes play with Cinder.” 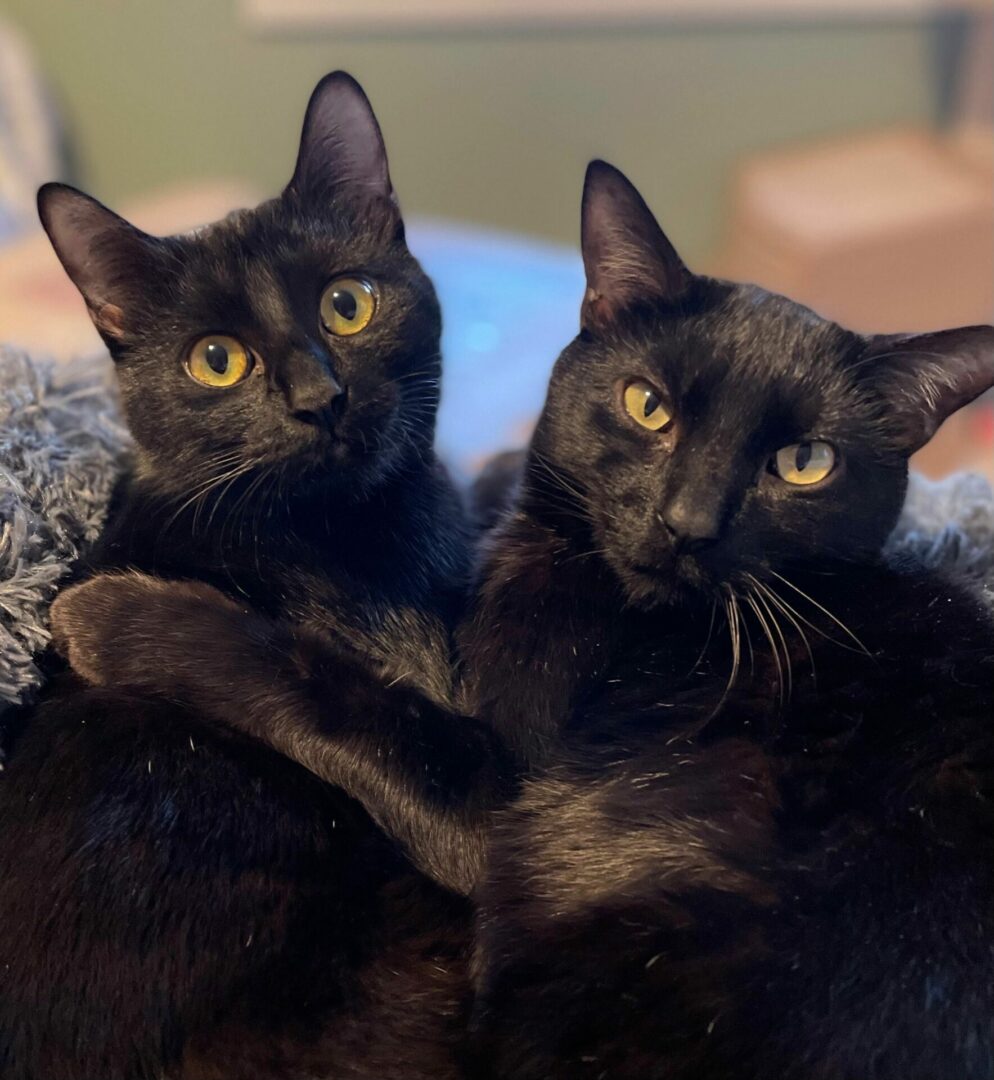 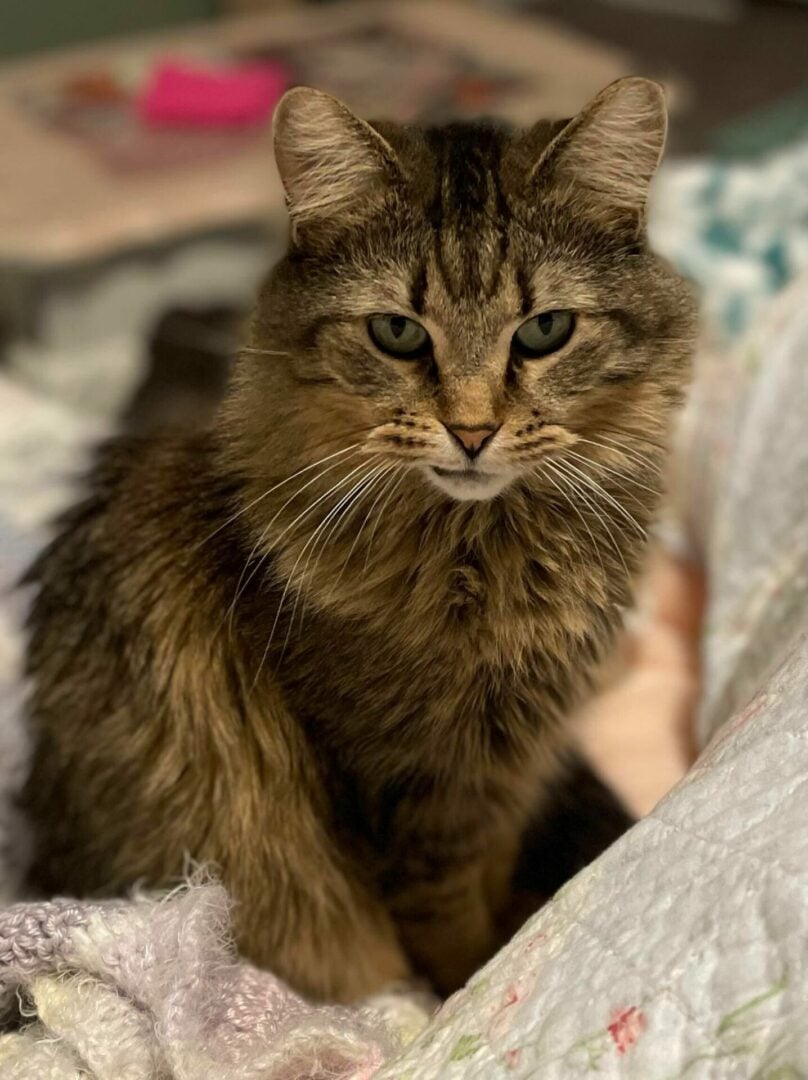 How did each of the kitties come into your life?

Nae Nae was a foster five years ago. She was part of a hoarding situation and was pregnant at eight years of age. Only one kitten survived. She was too malnourished to nurse. She was only 3 lbs when I got her, with short hair. Most of her teeth were rotten and had to be pulled. After love and good nutrition, she gained weight and her hair grew fluffy!! She’s prissy and hissy with her brothers!

Puma I adopted in November of 2021. I lost two of my cats in 2021 so it helps me and it helps cats when I adopt another. Puma is four. He was abandoned in an apartment with other cats. I adopted Cinder so Puma would have a playmate. He is 10 months. He has turned this place upside down!!

I usually keep their names. Except Puma used to be “Flubber”. I didn’t care for it. 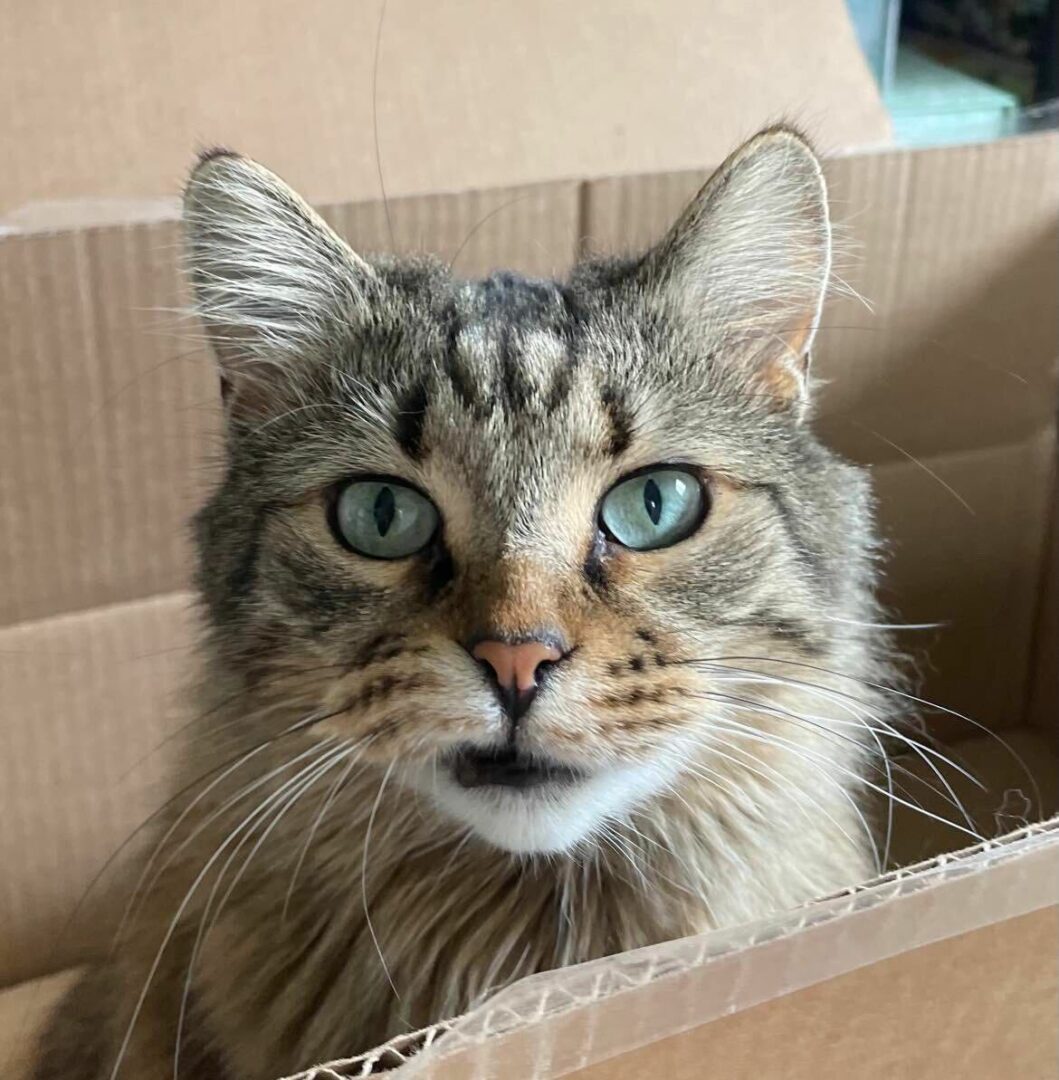 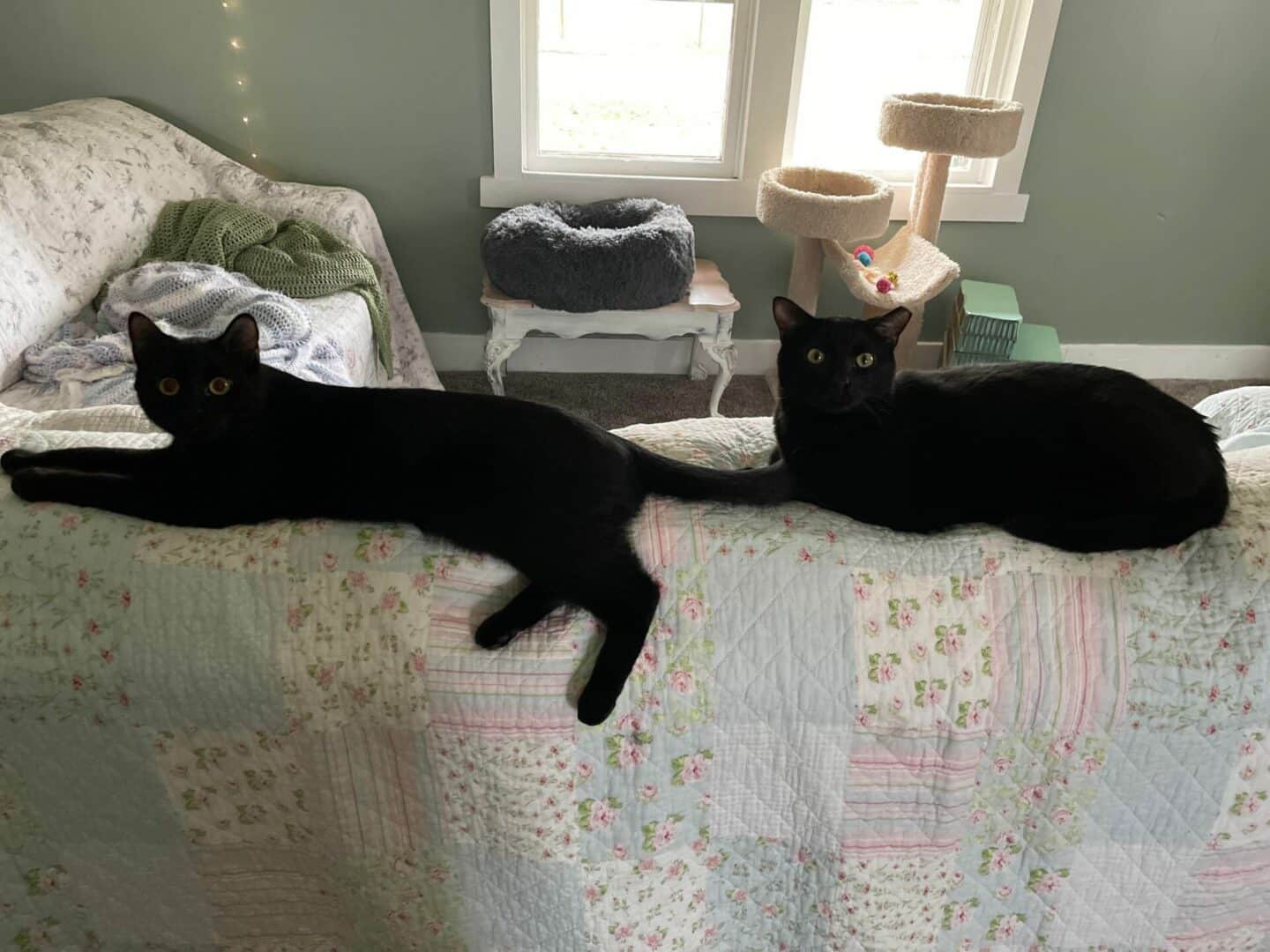 Cinder adores Puma and follows him everywhere. Rubbing him, laying with him. Poor Puma only has space when Cinder is asleep. Nae Nae keeps her distance but will play some with Cinder. Chasing each other.

Nae Nae is a Mommy’s girl. She always follows me and wants to be with me, and she doesn’t like to share me. Nae Nae loves to play more than any cat I’ve ever known. Puma is the most laid-back cat I’ve ever known, to the point of lazy. Lol. He will play in spurts. He is sooo sweet. Cinder was just adopted 2 months ago and is still a bit timid. He and his littermates were found and they had to hurry and find a foster. You can tell he didn’t have early socialization. He gets braver every day. Loves belly rubs. We bond by playing every day. All three want me to play with them. Every night we play for 30-45 minutes. 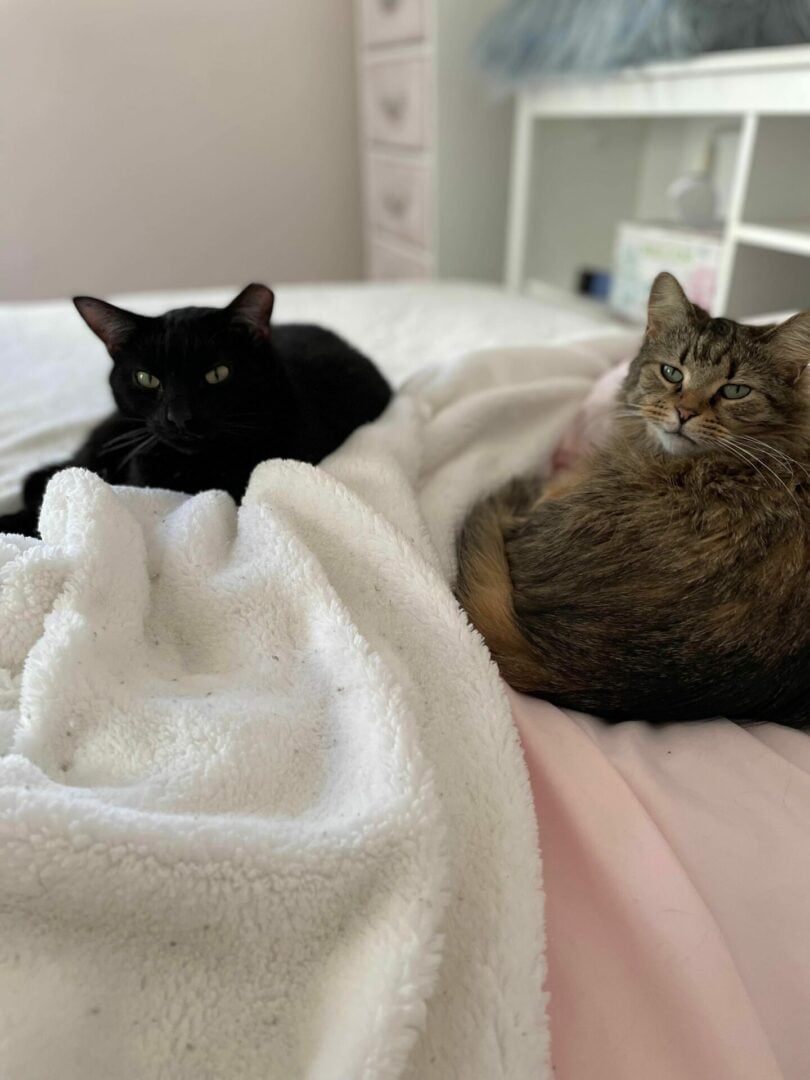 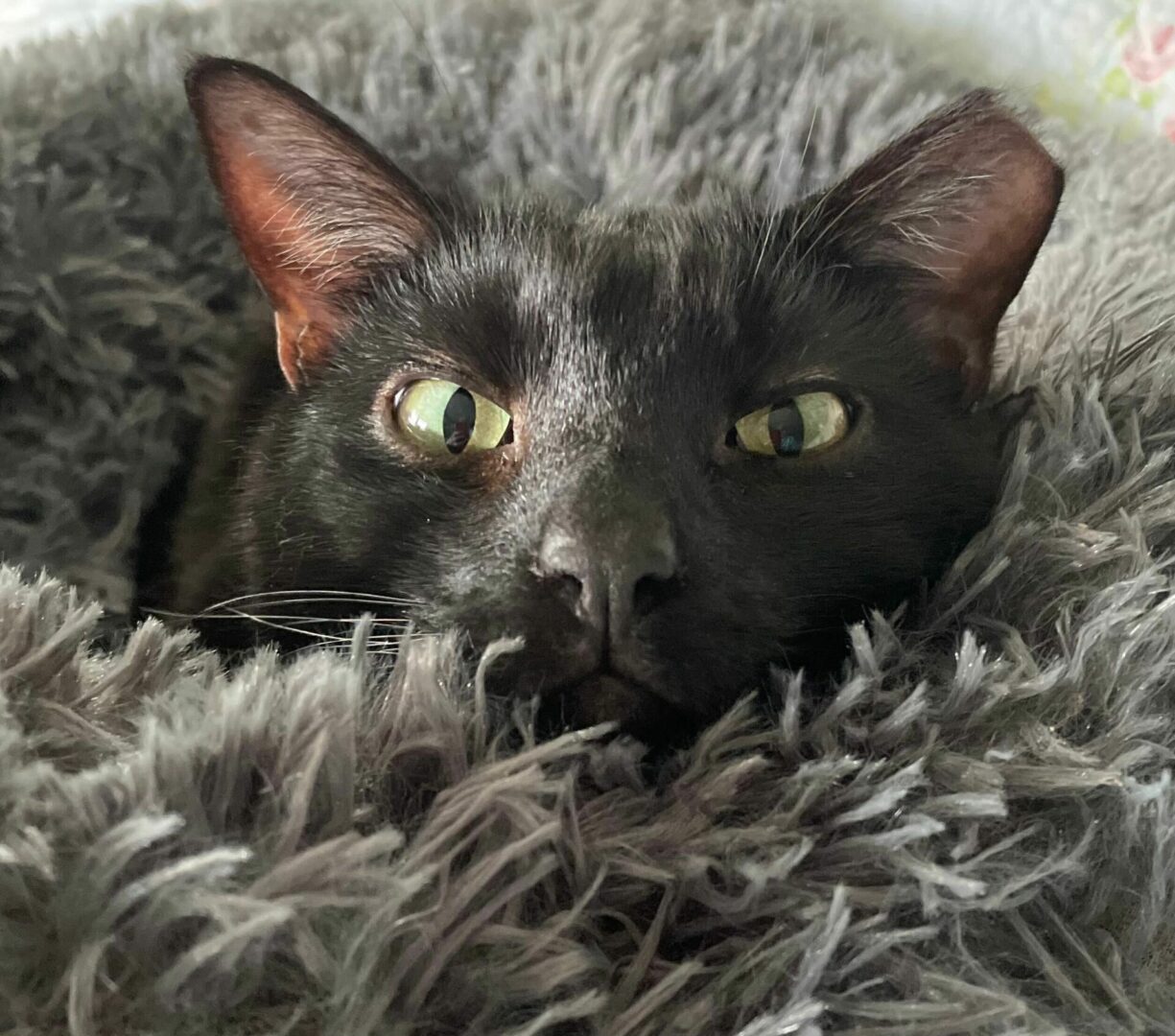 I’d like to give a special “thank you” to this rescue cat trio’s cat mom for allowing me to share her cats’ stories and images with all of the Cattitude Daily readers. It seems like fate was on their side, and the three of them are living out their best nine lives possible. Here’s to wishing the four of them many more purrfect trips around the sun together.