A Truly Special Cat, Boo Proves His Heart Is Just As Big As He Is

Sometimes in life, we find the most incredible cats unexpectedly. Cats have a way of leaving their pawprints on our hearts, and sometimes when major life events occur, cats must go on to a new home. But thankfully, there are times when family members step up to the plate so that a grieving cat can stay in the family and live out the rest of their nine lives with familiar faces.

For Boo, a big ginger tabby with a heart of gold, his humans had wanted a ginger tabby for quite some time. And thankfully fate had better things in store for him. He started out life as a feline of an all too common situation: an unwanted litter of kittens, with no one to give them a forever home. Boo’s owner, Mike, shared his cat’s touching story with me, and something tells me if you have a soft spot for cats with big hearts and happy endings, you’ll love it as much as I do… 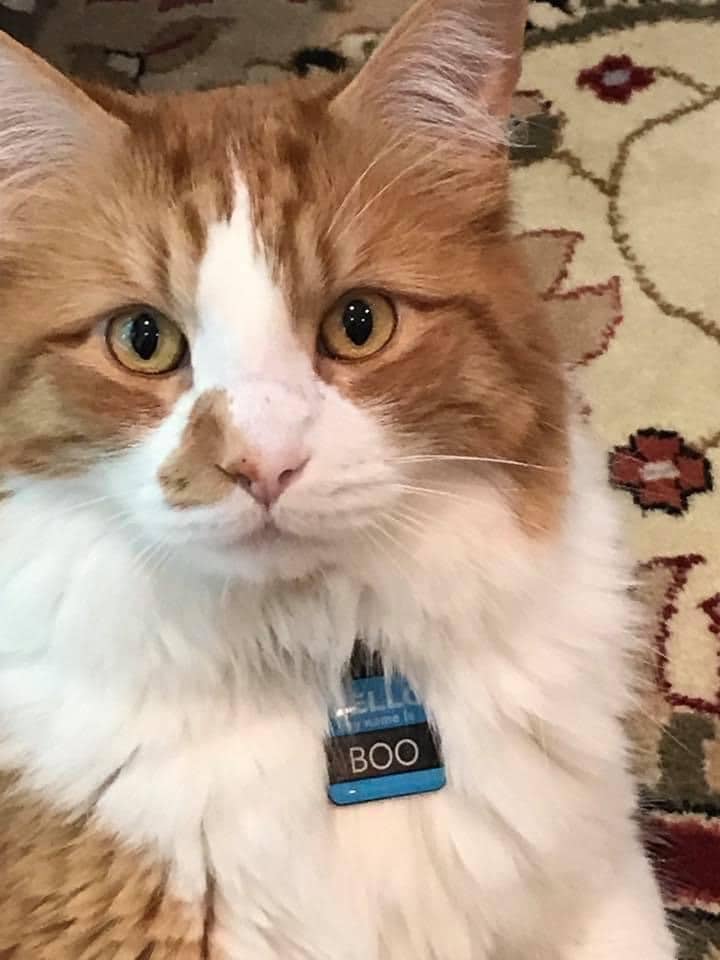 My Mom had always wanted an orange cat. Unfortunately, when I was growing up in Southern California, a lot of cats and other animals (turtles, ducks, a rooster, dogs, rabbits, etc.) followed me home, but never an orange cat. When she was eighty-one, she decided she was going to get one and enlisted my niece to find it.

My niece, Kellie, searched shelters and when this did not work out, turned to Craigslist. She ended up meeting the guy with the orange kitten at night in an abandoned Kmart parking lot on Halloween night. She came home with the kitten and as it was adopted on Halloween, my mom named him Boo. Boo became a large cat at about 19 pounds and appears to have a lot of Maine Coon in him.

About six months after she adopted Boo, Mom had a stroke. This left her confined to bed, but Boo slept with her every night. Sadly, Mom passed away at eighty-three. My sister has not had a lot of luck with cats, so Mom wanted me to take Boo. My wife was verbally supportive of me bringing him home, but I could tell she did not want another cat as we already had two, plus our daughter brought hers when she came back after college. 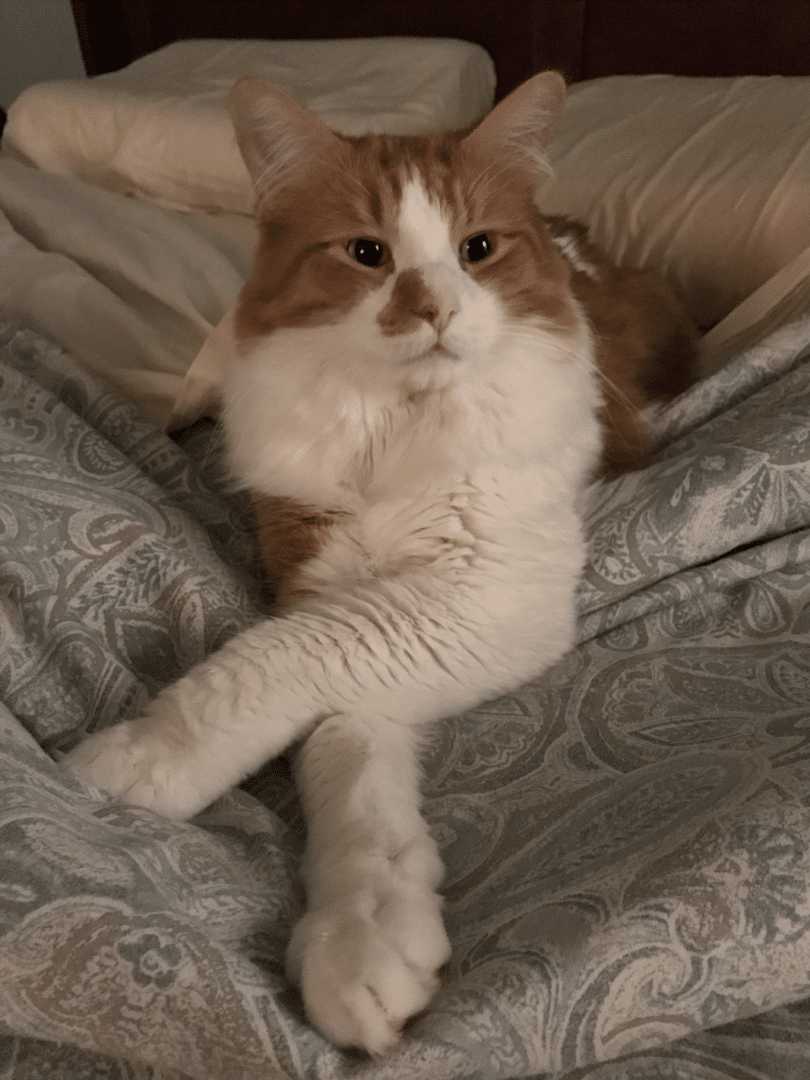 I flew to California from Maryland and got Boo. Being a federal law enforcement officer, I typically fly armed which requires additional TSA screening and paperwork. Boo is in a cat carrier, but the group of TSA officers who had gathered took a look at Boo and thought it was very amusing that a federal agent was flying with a cat asking me if he was a drug sniffing cat or something.

The flight was uneventful, and Boo came to live with us, Izzy (a calico who is slow – too much anesthesia when she was spayed), Athena (an old Bengal) and Oliver (our daughter’s cat). Boo for some reason, thinks he is a dog. He follows us around everywhere, carries his toys around and is very vocal. He is such a large cat, but his meow does not fit his size as it is very meek. I call him the Mike Tyson of cats due to the short high-pitched meow coming from such a huge cat. 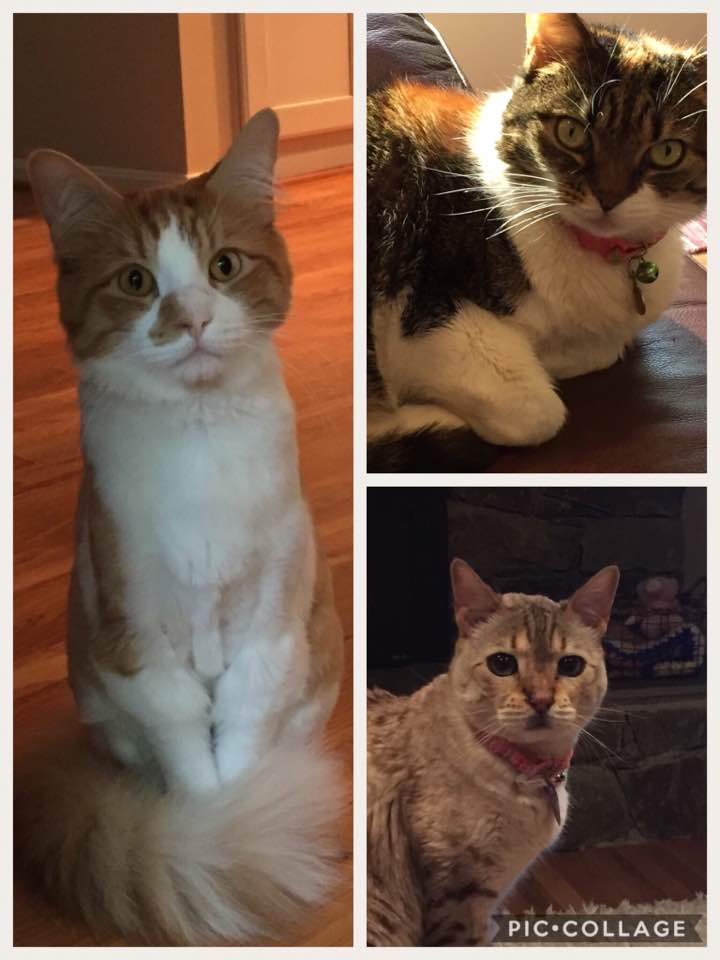 He sleeps in our bed between our heads and as we usually get up at 6:30AM, that is when he starts waking us up every morning, does not matter if it is a weekend or a holiday, he will make sure we are up and will not quit until we are. He does not want to be fed or anything, he just wants us to get out of bed and it is a constant “meow, meow, meow” until we get up. After that he is fine and most of the time, once the bed is made, he lays back down for his morning nap. 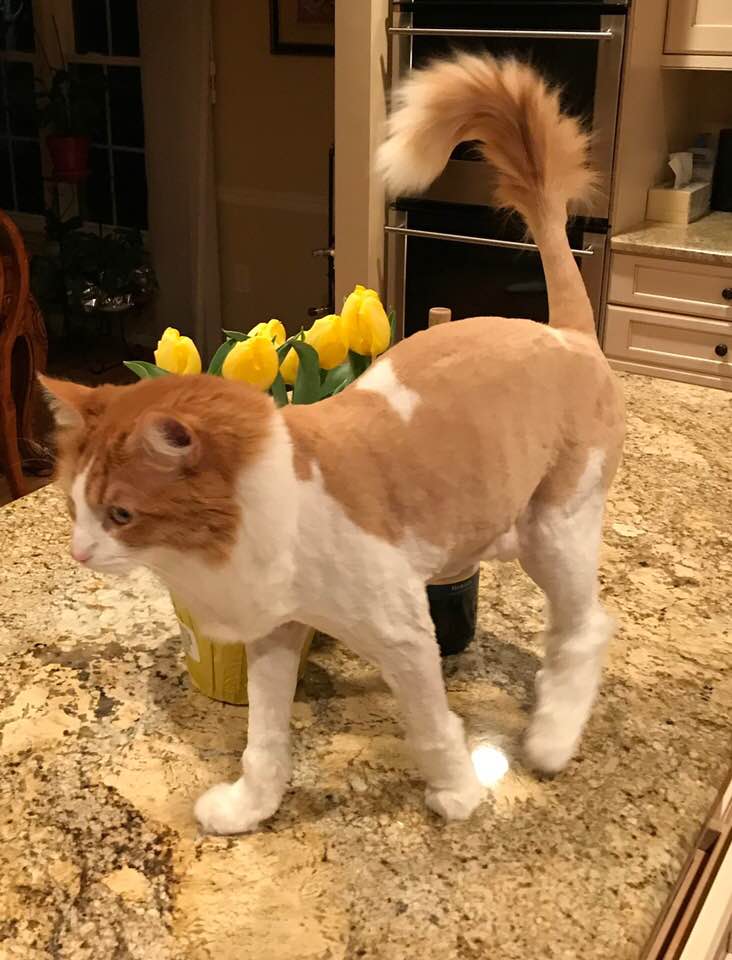 Being not only big, but exceedingly long haired as most Maine Coons are, if I let it go, his hair will get very matted. Trying to brush him will result in immediate pain and a lot of blood, so he gets a “lion’s cut” in the spring and again in late summer. My wife is now very thankful I brought him home and I always think of my mom when he is sitting on my lap. From an abandoned Kmart parking lot on Halloween in Southern California to a suburb outside of Washington, DC in Maryland, Boo is now living the life.

As far as Kellie, my niece, finding the cat on Craigslist, she is still at it. About a year ago, my sister’s dog passed away and after a period, she decided she wanted to adopt another one. My niece again went to work on Craigslist and the dog my niece found my sister came from an alley behind a marijuana dispensary in southern California. 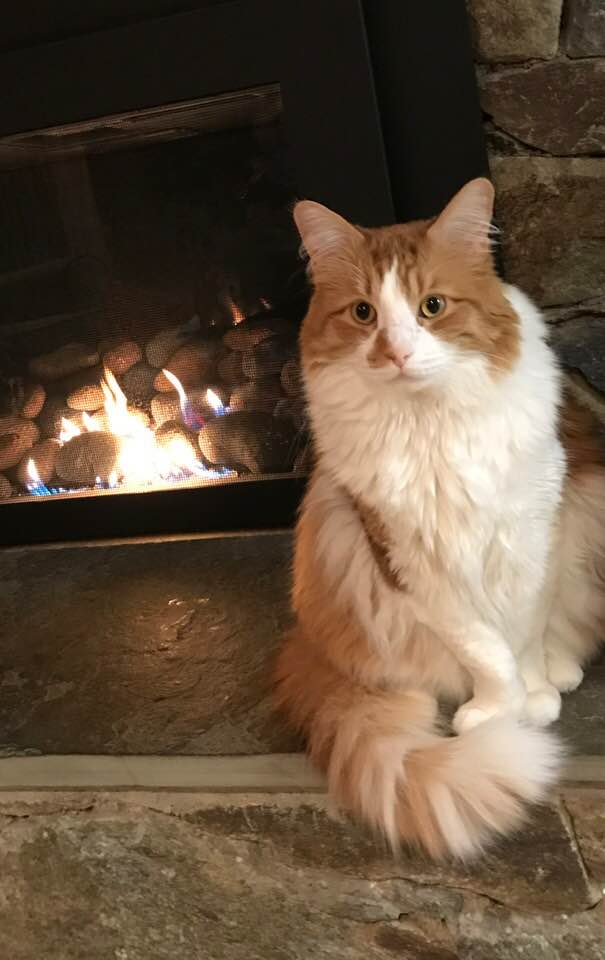 I’d like to give a special “thank you” to Mike for allowing me to share Boo’s story and images with all of the Cattitude Daily readers. Boo’s story is a reminder that sometimes in life, there are just cats who are truly special. And I’m happy to know that Boo gets the live out the rest of his nine lives with his late owner’s son. Pets are forever, and I’m sure Boo is grateful to have such a wonderful forever home.https://cattitudedaily.com/boo-the-cat/ 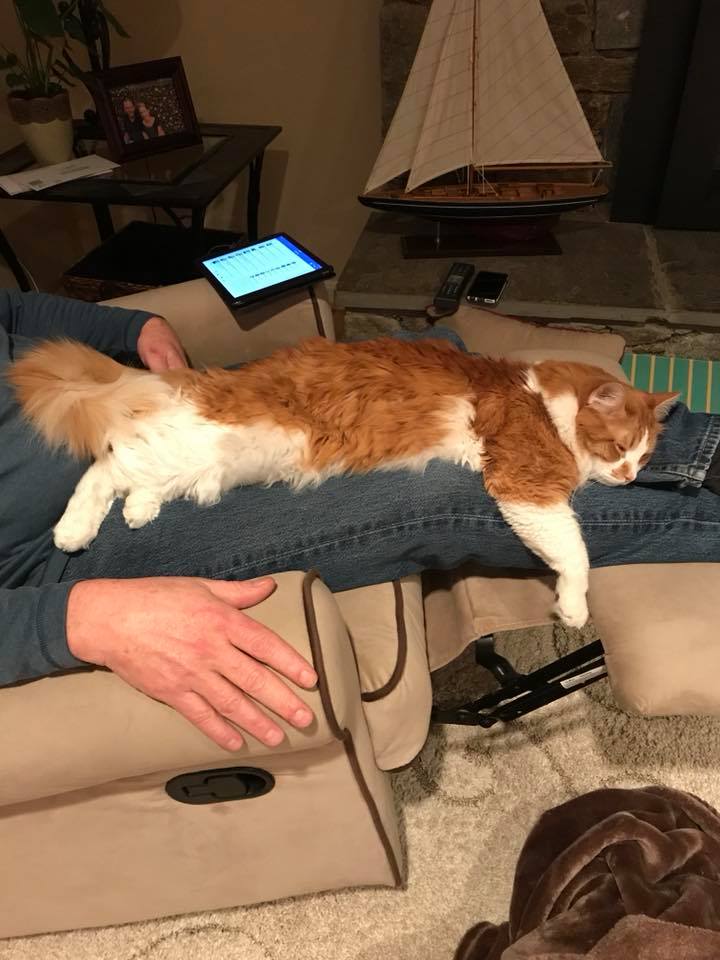 Meet Tomitilii: A Sassy Tortie From Romania With Total Tortitude