Silky, smooth, shiny and lovely, black cats are like little panthers right in your very own living room! Although these raven kitties have gotten a bad rap over the years, they are most certainly undeserving of it. Do you have one of these amazing cats in your life, or has one ever left a special little black paw print on your heart? I’ve dug up some super cool and fun facts about black cats for you to enjoy and share with your friends who love black cats, too! 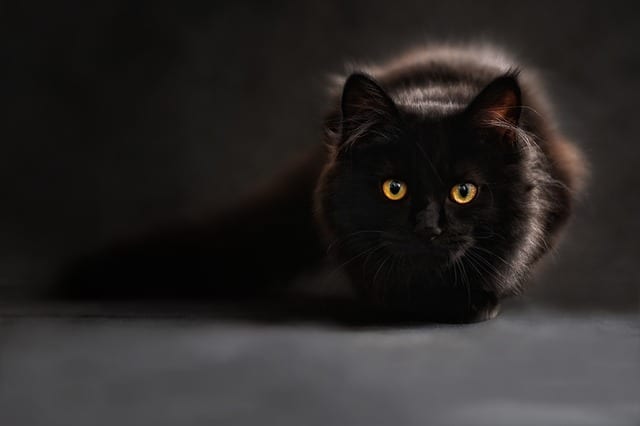 1. Paint it black, but in many shades

A cat that is black may be a different shade of black when compared to another cat that is black. So, yes, black cats are unique and rarely identical to one another. Black coats can come in a wide variety of cat breeds, in both longhair and shorthair variations, from domestic shorthairs, Persians, Oriental Shorthairs, Turkish Angoras, Maine Coons, and more. 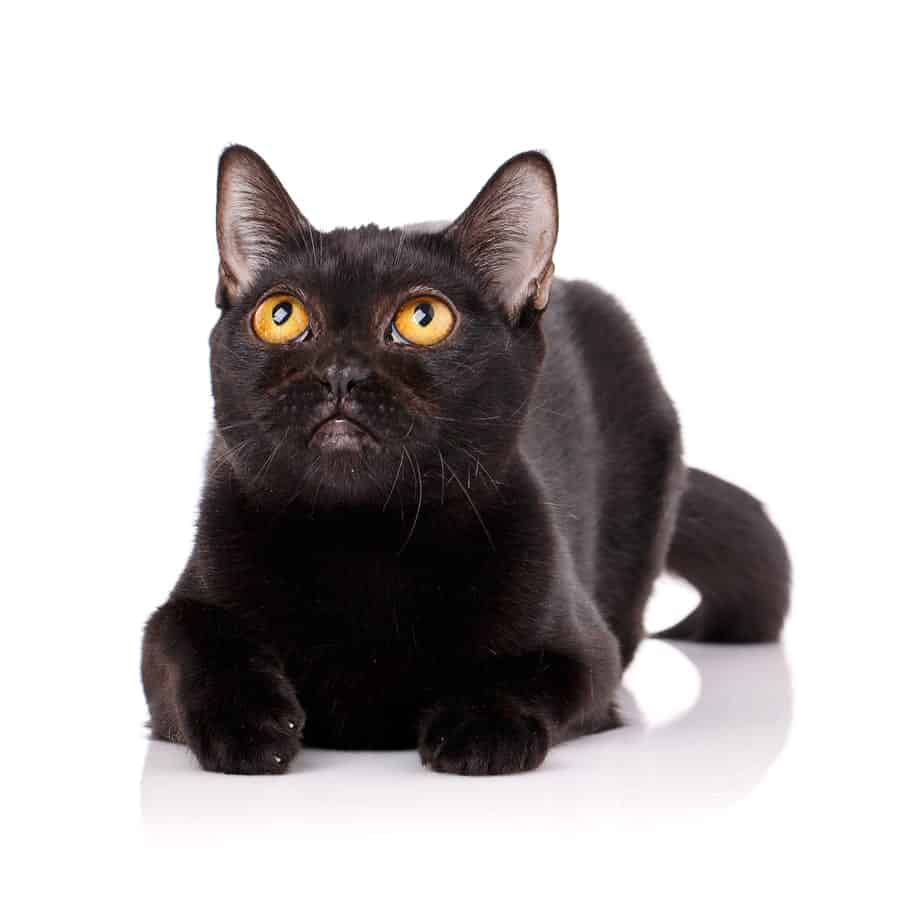 But there is only one breed of cat that is exclusively black in color, and that’s the Bombay cat breed. These gorgeous mini-panthers have coats with a dramatic black shine, and their eyes range from gold to copper. A cross between sable Burmese and black American Shorthairs, these cats named after the popular city in India actually have no connection to the country aside from their name. 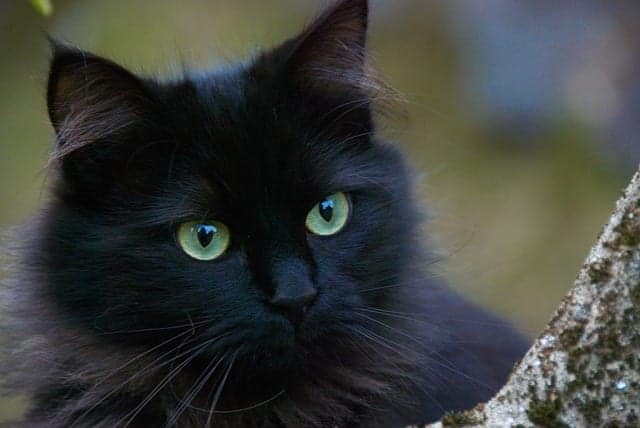 2. Consider yourself lucky to have one of us in your life!

Forget everything negative that you’ve heard surrounding black cats. In many other cultures around the world, these cats are actually symbols of good luck! Check out some of the cool ways that black cats bring good luck around the world…both long ago and still today! 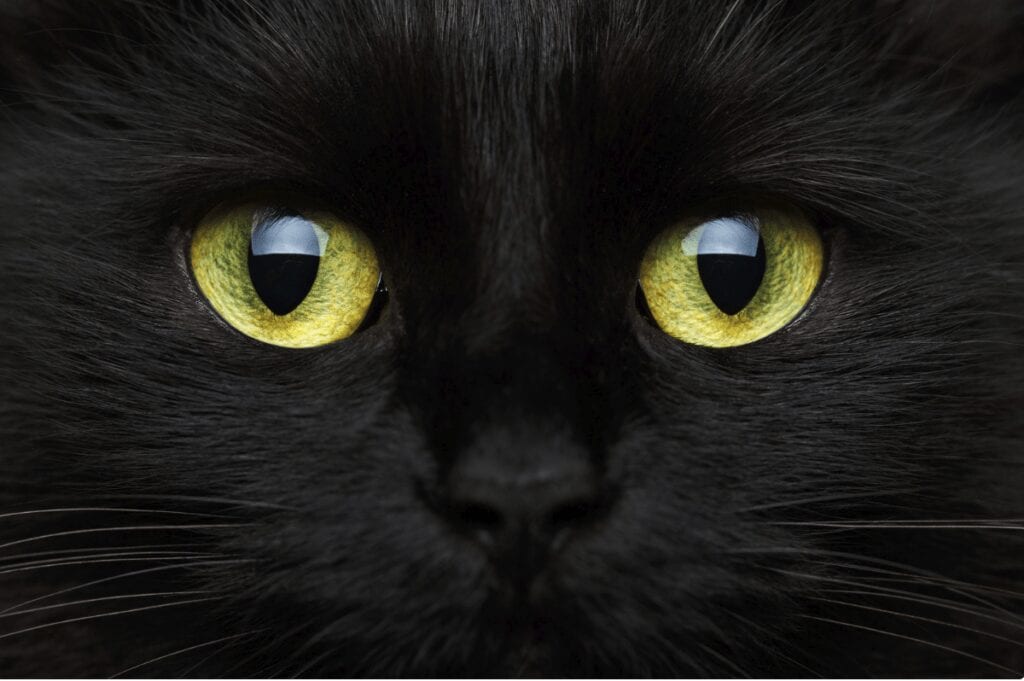 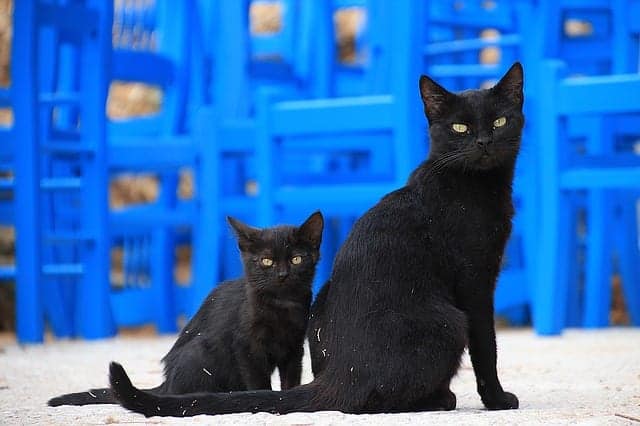 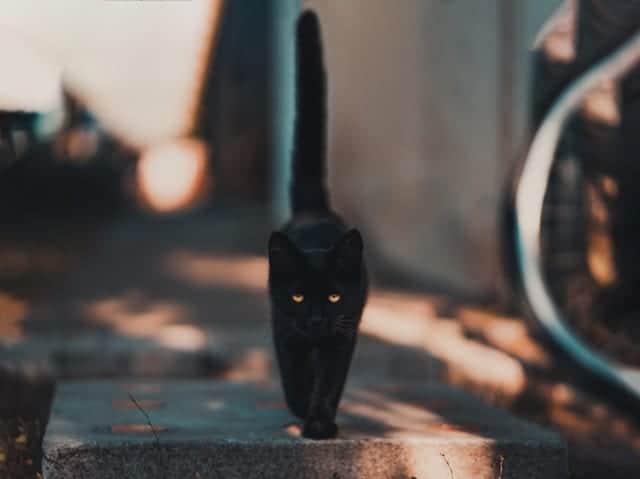 Okay, this fact is just amazing if you ask me! According to research out of the National Institutes of Health, it was discovered that cats with exclusively black coats have a genetic mutation in their DNA which better protects them against the threat of specific diseases. And what’s even more interesting is that this mutation they possess controls the same genes that offer HIV resistance to humans. Therefore, researchers are able to study these raven kitties and see how they’ve evolved, adapted and survived as we humans are also mammals and can suffer from similar health issues. Further research and examination of these healthy black cats can help give us insight and hopefully discover ways to combat major health concerns facing us humans. Salem of Sabrina The Teenage Witch

Black cats are a common fixture in pop culture, whether it’s cartoons, movies, or television. And despite the fact that many people preach low adoption rates for cats of this coat color, that is not the truth. According to veterinary experts, it seems that there are simply more black cats in comparison to cats of other colors. But I will agree, black cats can be difficult to photograph, which is a common point of concern when it comes to advertising their images online to potential adopters.

But despite all of this, black cats are loved by many cat people the world over and have cemented themselves as a favorite among many feline advocates. Some favorite famous black cats include: Salem of Sabrina the Teenage Witch, Binx from Hocus Pocus, Snowball from The Simpsons, and Lucifer from Cinderella. 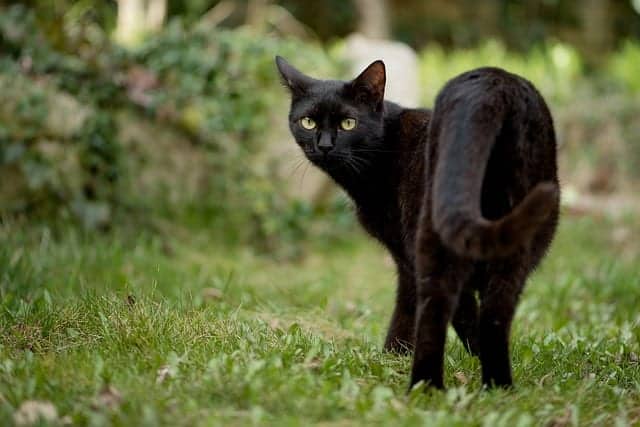 So, although we simply see black when we look at black cats, next time you are around one try and carefully observe their coat in the sunlight if possible. Even to the untrained eye, you can see variants of black across their fur, and some regions in which the black almost appears as if it has stripes. In order for a cat to have a black coat, science has told us that the cat’s parents must both possess the coat gene that carries black. And this specific color gene, AKA an allele, is referred to as B for black coat coloring. But the reason a black cat will become rusty actually relates more to a deficiency in tyrosine, which can come as a result of protein deficiency in their daily diet. Did you learn any new facts about black cats that you didn’t already know? We hope so. If you’re still in school and need to free up some time to spend with your beloved kitty, contact StudyCrumb to help you out.

Share with us in the comments if you have any fun facts to share with us about these dark and lovely felines!

The Four Most Purrfect Destinations For Cat Lovers