Why Do Cats Sometimes Sleep In Litter Boxes?

Your cat’s litter box is a major responsibility for any loving cat owner. While not the most pleasant item to maintain, it is crucial to the quality of life you provide your kitty. The use of a litter box also speaks volumes on the care and cleanliness cats demonstrate. This is why it’s so unusual when you see your cat sleeping in its own litter box. Why is it that cats which are known to groom themselves 30-50% of the day opt to sleep in their own elimination chamber? And, more importantly, how does one stop this behavior? 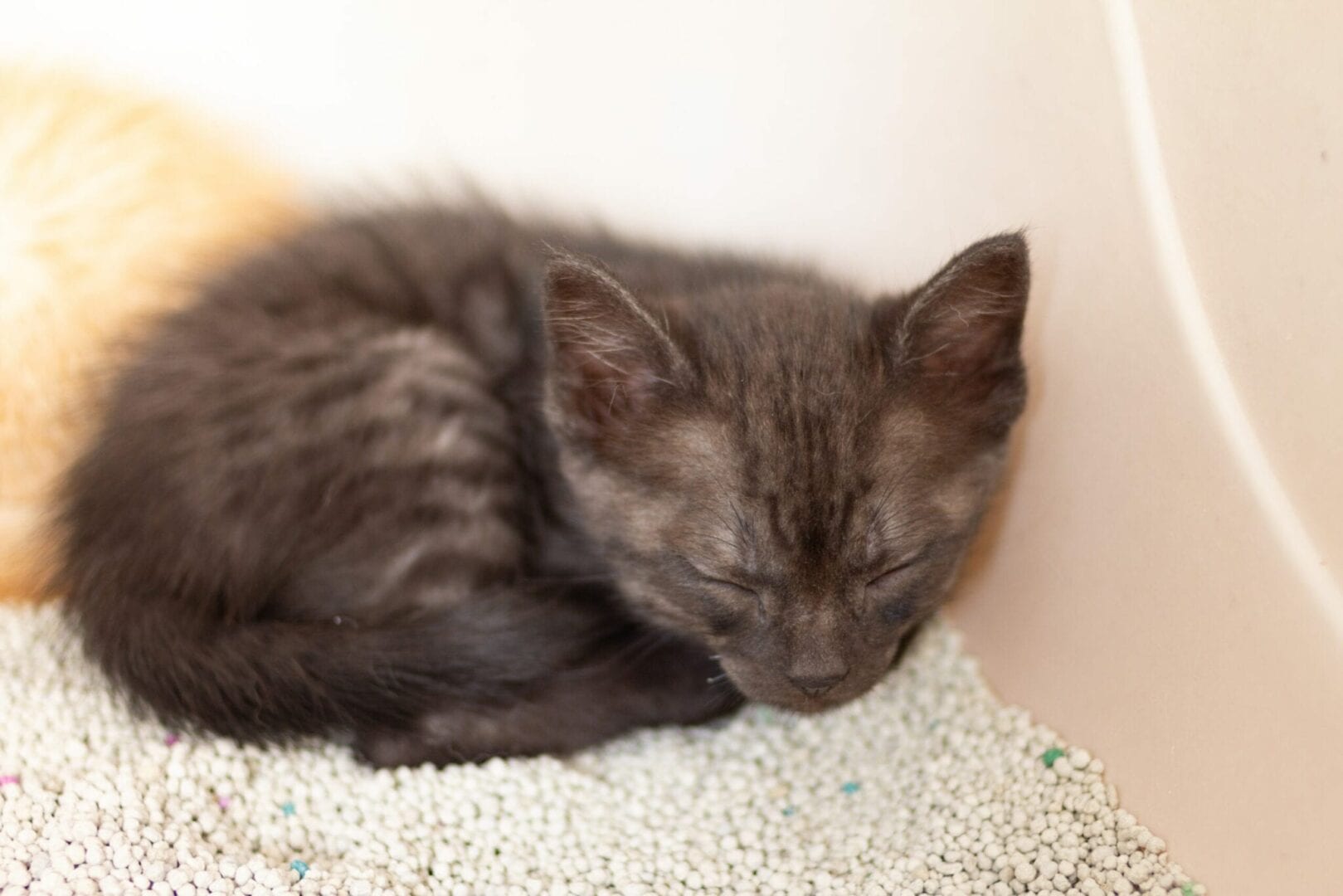 The most common reason a cat slumbers or spends time in their litter box is when they are is suffering from a Urinary Tract Infection (UTI). The same way in which humans stay near the restroom when they are ill; cats will stay in the box if they are struggling to go or need to go excessively. This type of behavior should not be overlooked because it may possibly be symptoms of a more serious illness; and in rare cases even life-threatening. Kidney stones and constipation are further corresponding ailments that may provoke your cats immoderate litter box behavior.

It is crucial to stay on top of your cat’s litter box cleanliness. While not the leading cause of UTIs in cats; a dirty litter box can cause bacteria to enter their urinary tract. This occurs primarily when bacteria-filled dust is kicked into the air from scratching of the litter. The best course of action if these behaviors are noticed is to make a veterinarian appointment immediately.

Get out of my room!

Cats like independence and are territorial by nature. So, sometimes a cat will claim the litter box as their own space. Therefore, this is most prevalent in multi-cat homes. Getting another or multiple litter boxes and positioning them in different locations throughout the house will usually solve this problem. Kittens on the other hand will, often play and sleep in the litter box. This is mainly fueled by curiosity and the sound the litter makes when scratched. Once playtime ceases, the kitten will lay down exhausted and sleep in the litter box. It is important not to allow your kitten to associate the litter box with playtime. Try and get them excited to play with a toy or something else as to create a clear distinction between fun and the litterbox. 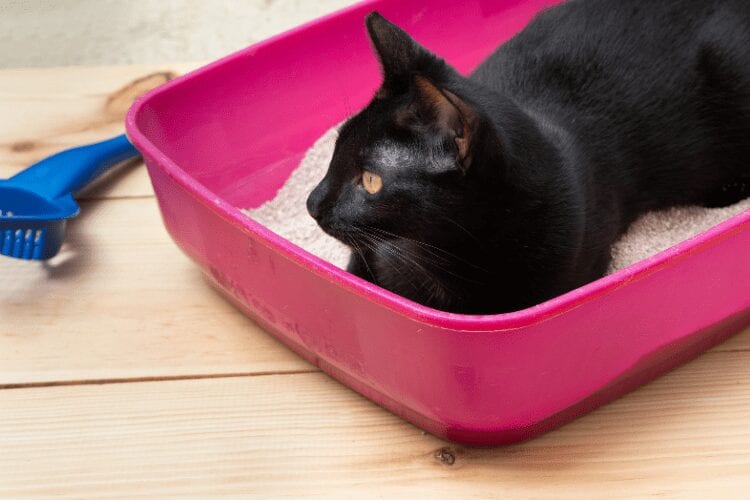 Kennel mentality and how to change it

Sleeping in their litter box is most common in cats that have been adopted or spent a longer than average time in a kenneled environment. When space is limited, your feline may choose to sleep in its litter box. This is not only a result of living conditions, it also can be comforting. The coolness of the litter and the scent of themselves can help ease the stress of a cat that’s in a kennel. While sleeping this way can be useful in the aforementioned setting, its relevance in your home is moot. For a newly adopted cat or kitten, this can be a difficult behavior to correct. Providing a new bed or even a box with a blanket has shown good results in curbing these negative behaviors.

Once familiarity with new surroundings and feeling of safety are established; the confined and uncomfortable accommodations provided in the kennel should fade permanently. Cats constantly provide puzzling motives behind their unusual behavior. Many times these characteristics are harmless, and even entertaining. Unfortunately, sleeping in their own litter boxes is neither of these things. This problematic behavior should be addressed promptly to ensure the proper physical and mental health of your beloved companion. 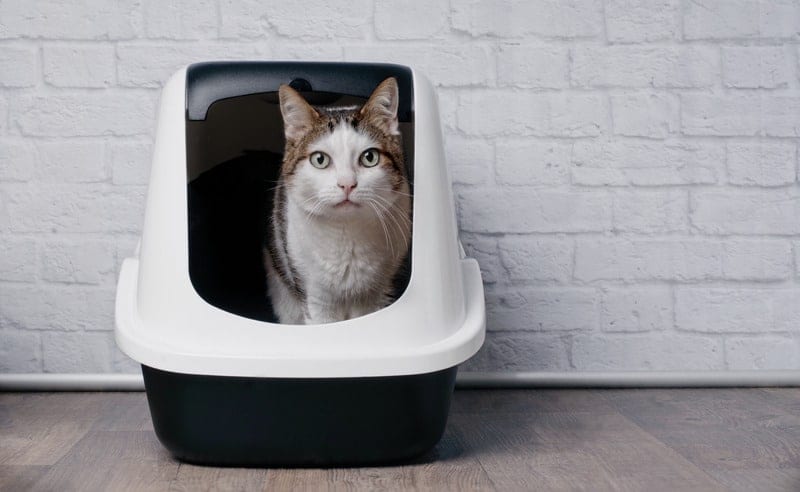 Do Cats Hold Grudges Or Behave Out Of Spite?

You might often wonder if cats hold grudges. And if you’ve ever wondered if cats do things out of spite, then you’re certainly not alone. Do you ever feel as if your cat is mean muggin’ you from atop the refrigerator every time you’re having a light night snack? And what about those freshly laundered linens that spent hours from tumbling in the dryer; lay soiled as a 300 thread count makeshift litter box on your floor?

How many times will Mittens majestically leap onto the kitchen countertop only to stare you in the face whilst nonchalantly knocking a beverage onto the floor? Why does this said beverage always have to be the least stain friendly of all time? Do you sometimes feel as if your cat seeks pleasure from irritating you and making messes? What have you done to provoke such spiteful behavior? Do cats know what spite is? These are questions the majority of cat owners will mutter to themselves, at some point in their cat’s life. Let’s take a closer look into the feline mind to determine if this could be true. 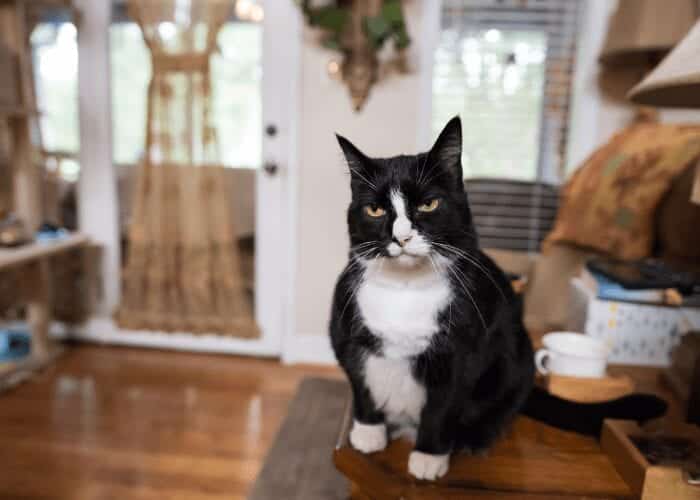 Cats have strong emotions, and their memory is sharp

Reasons that support cats lack of malicious intent, outweigh the reasons why we think they are being spiteful. Humans naturally like to think of our beloved four-legged companions as having human-like emotions. When most people tell a story to others involving their cat; it is common to personify the cat’s behavior and actions. Personally, I think some of this may be attributed to how felines have been presented throughout the history of film and television.

Think back to your childhood specifically, to those cats from popular animated films, comic strips, television, and books. The Cheshire cat from Alice and Wonderland, Mr.Jinxy from Meet the Parents, and of course Garfield are some famous cats renowned for their spiteful behavior! But, this is exactly what we love about them! That is, until your cat acts this way to you.

Did you know that a cat’s memory can last up to 16 hours, while a dog’s is only five minutes on average?

Felines are capable of complex emotions and feelings. Cats can also learn from their owner’s behaviors and associate positive or negative feelings towards them. A study in 2015 was done that tested the social cognition of cats. It was the first study done using cats in quite some time, as most of these studies are performed with canines. This is primarily due to the fact that cats tend to be a little more problematic in laboratory settings than dogs, making them rare subjects for social interaction testing.

Surprisingly, it was found that cats display characteristics equal to canines in their social interaction with humans. Cats, like dogs, can read the facial expression of their owner, and tell their voice apart from a stranger’s voices. Cats will even look where you point or gaze at what you are gazing at. Felines also value attention and time spent with their owners, and in some cases, they actually prefer human affection over food and toys. (For more info on this study, click here.) 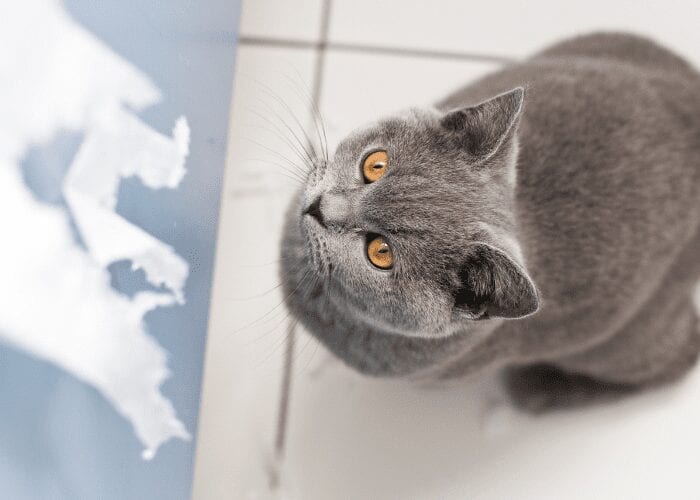 Those aren’t really spiteful actions, those are pleas for attention

Despite how premeditated your cat may appear; most experts agree that these behavioral problems are not spite derivative. More often than not, it’s your cat’s way of expressing that it needs something from you to make it feel more comfortable. Stress is what fuels these begrudging outbursts. A new significant other, new pet, moving, or even the smell of another animal on their caretaker can induce stress in cats. Moreover, your pet’s concept of time is somewhat limited and differs greatly in comparison to humans. To engage in a spiteful act, one must consciously want to hurt, offend, or annoy, someone or thing. The concept of harboring anger or dislike towards a person is not relevant to felines. This is largely due in part that felines live and operate in the present.

This is not to say that cats cannot remember and learn which they do quite well. It’s more that instinct takes over when cats are anxiety ridden or feeling insecure and they act out. Cats may also display these behaviors if they are bored, ill, or their litter box is not up to their high standards. By more closely observing your cat’s behavior, one should be able pinpoint the problem.

This may take some trial and error, so don’t get frustrated. Often felines act out in ways unassociated with the problem at hand. Occasionally, multiple issues may need your attention. By securing your cat’s needs and observing their behavior closely we can end this rather one sided grudge match once and for all. So, the next time your kitty sends that cup of water flying or hangs from your new curtains know that they’re not doing it to drive you mad, they mainly are just curious or simply want your undivided attention. 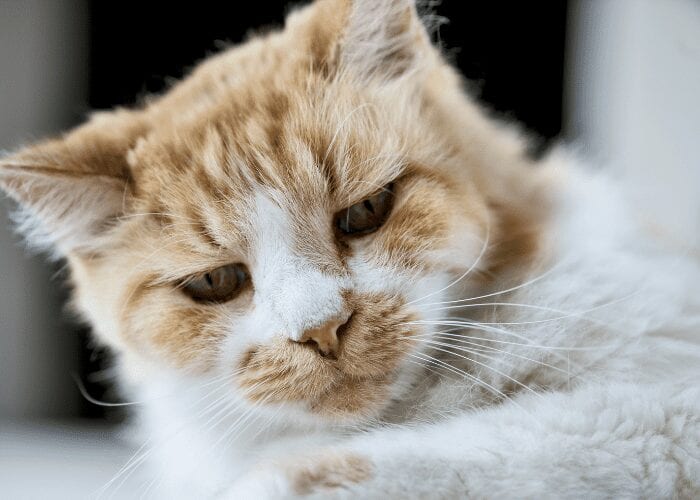