Lovable and adorable, the American Curl is a true charmer of a cat. From its warm personality to signature ears, it’s hard not to fall in love with this feline. We’re eager to share all the facts about this darling kitty and show you what makes the American Curl cat breed truly unique and special. 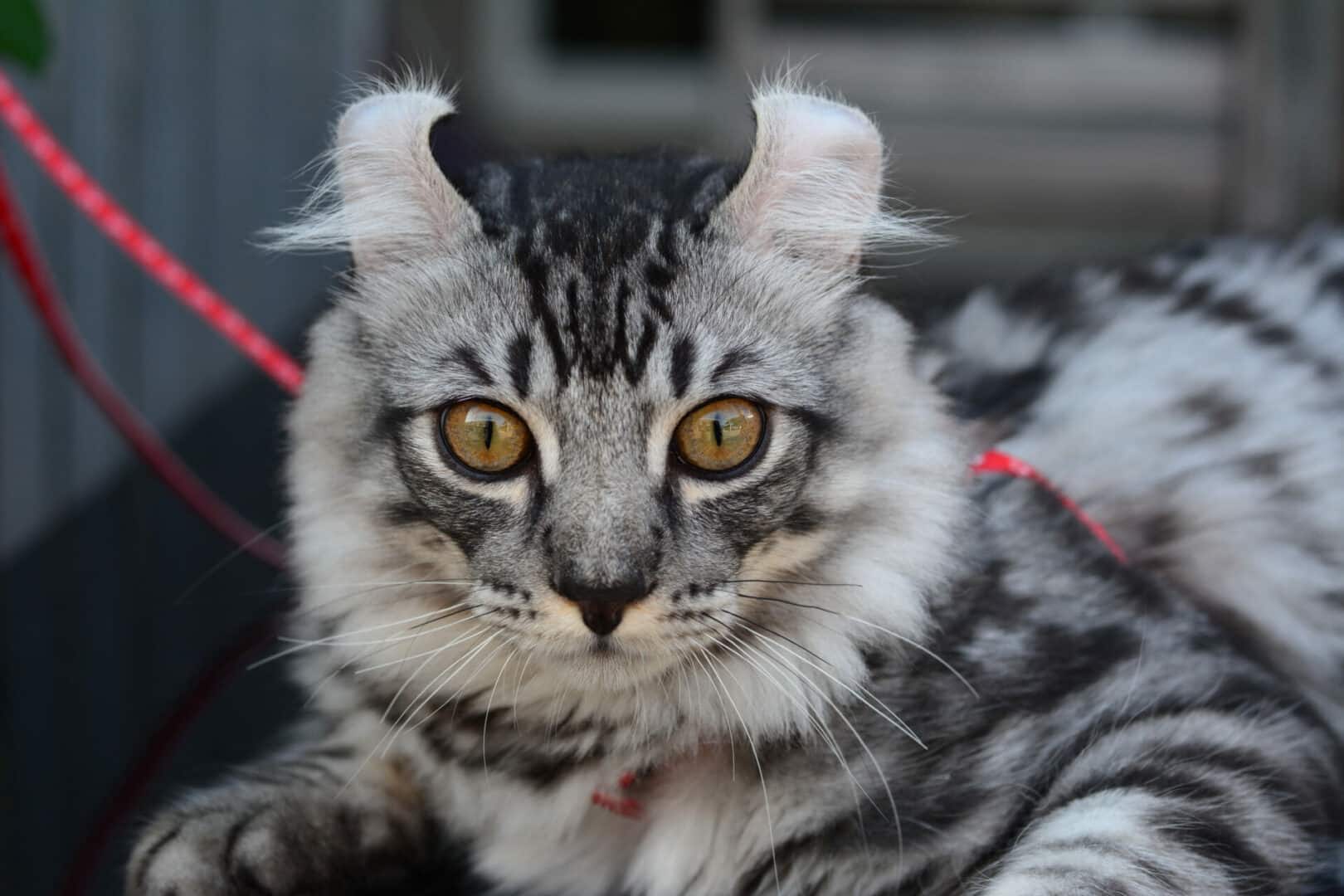 Yes, the American Curl is named after its ears

There’s no secret here – the American Curl gets its name from its super unique ears. This cat’s ears are curled backward, rather than folded forwards. This makes the American Curl stand out from any other kitty.

Why are these cats’ ears curled? Well, we have nature as the explanation. After thorough genetic research, scientists discovered that a natural genetic mutation is behind this cat’s distinctly curled ears. Although we should mention – some Curls don’t have the genetic mutation. So, don’t be surprised if there’s a kitty with normal ears in a Curl’s litter!

This cat breed wasn’t discovered until 1981…

What is extraordinary about this breed is how recent it came around. It is one of the youngest cat breeds around.

The birth of the American Curl all began with a stray cat in Lakewood, California. A couple noticed the cat and brought her home. They named her Shulamith. Yet, the couple didn’t take major notice of Shulamith’s curled ears until her litter of kittens had the same trait as well. This prompted the couple to share the cats’ fascinating looks with a geneticist, thus introducing the new breed to the world! 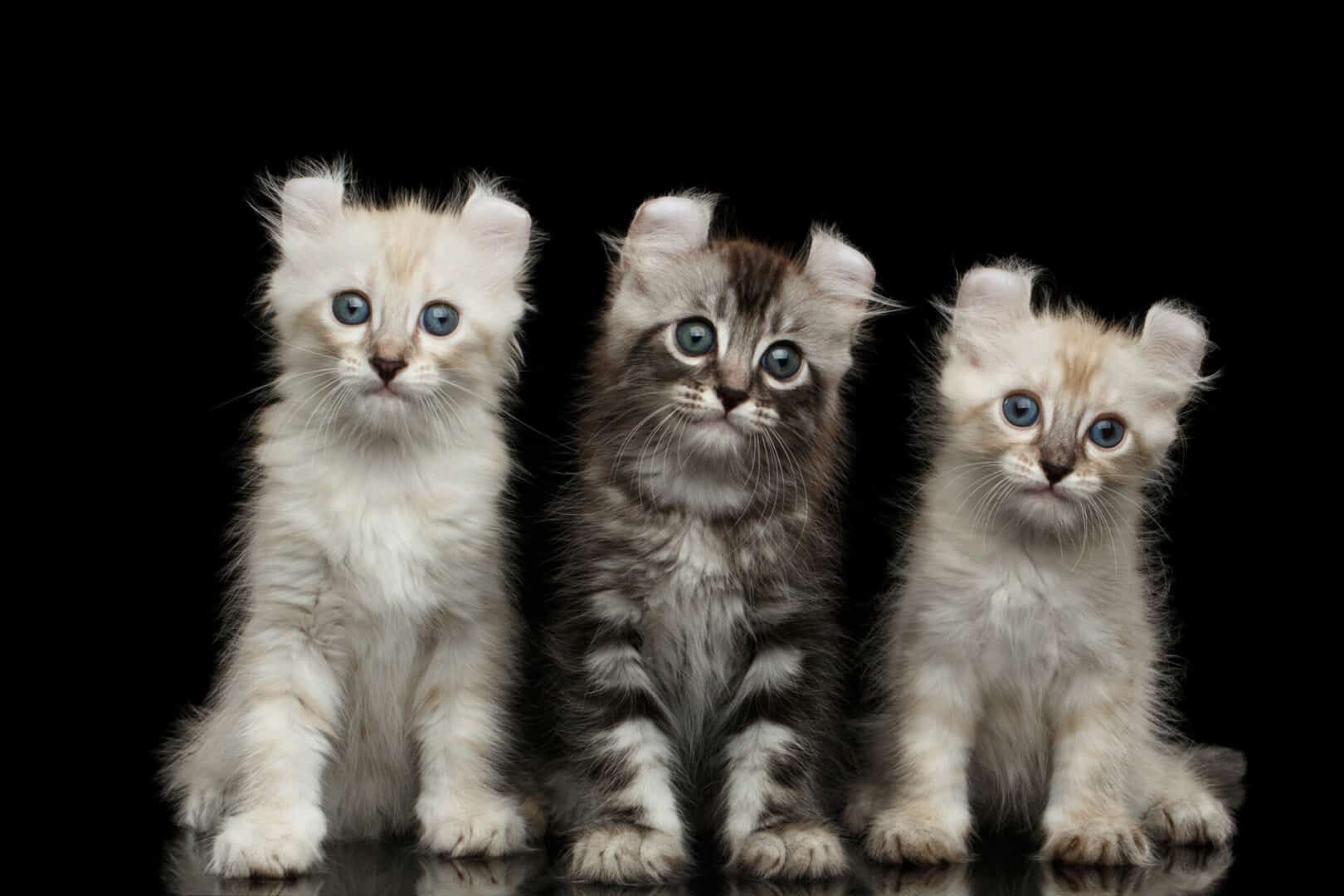 You can find an American Curl in almost any color

When it comes to color patterns, American Curls have it all. You can find these cats in all different colors.  There are white, red, cream, silver, tortoiseshell, and blue American Curls (and so much more.) You will also find both short-haired and long-haired American curls too.

While color patterns can vary, Curls do stay the same in their physique. These cats have other defined features apart from their ears. American curls have a lynx-like face with walnut-shaped eyes. They are medium in size and most have pretty plumed tails.

…and eye color too!

What’s awesome are all the eye colors American Curls can have as well. They can have amber, blue, yellow, or even green eyes. Talk about a versatile kitty! 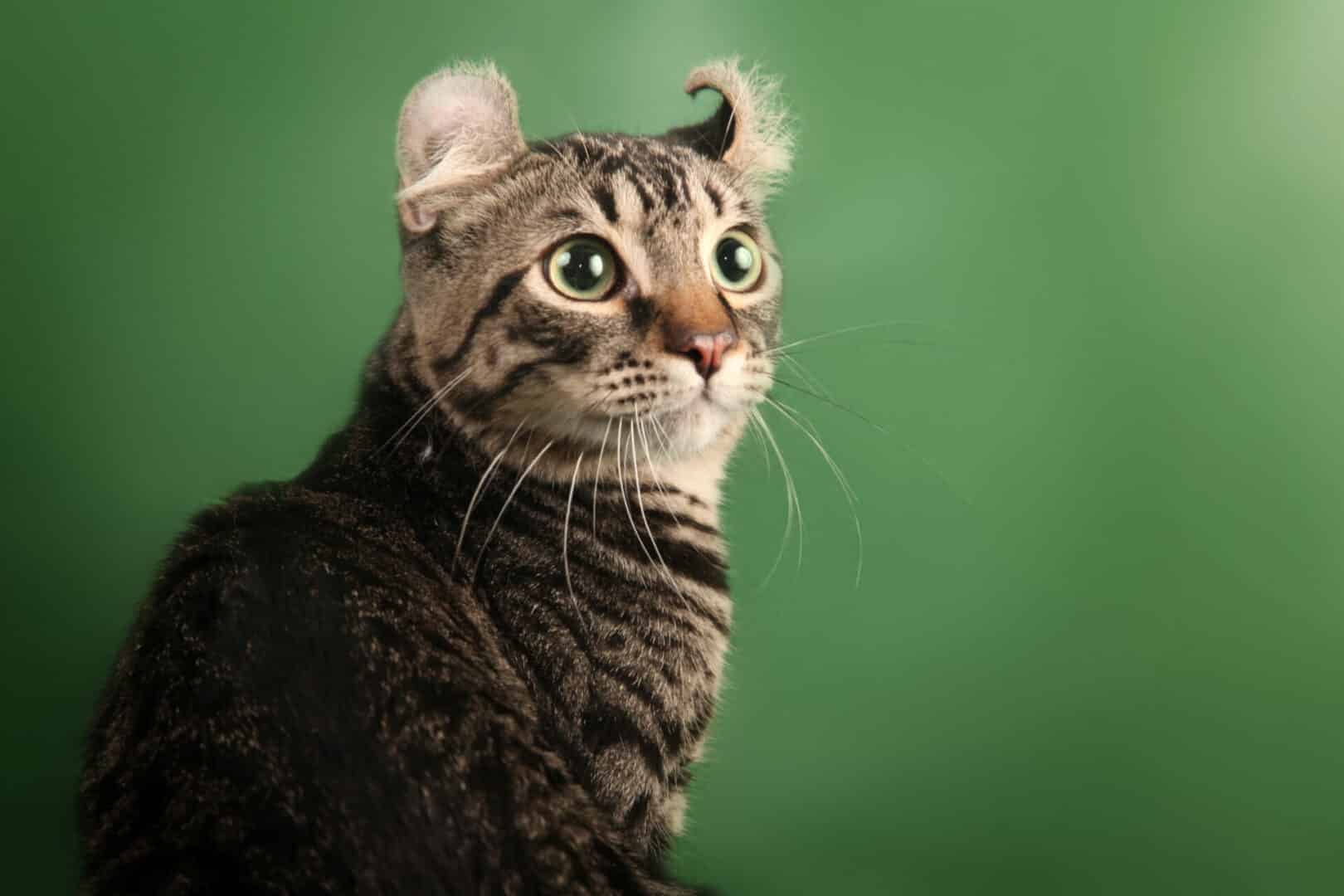 Some call the American Curl the ‘Peter Pan’ Cat

Isn’t that a cute name? Well, the American Curl has it for a reason. This cat is energetic, curious, and loving, with an overall kitten-like personality. The Curl’s youthful nature soon gave it the nickname the ‘Peter Pan’ feline. So, if you’re looking for some refreshing energy in your life, an American Curl is definitely the kitty for you.

This cat is one of the friendliest breeds

These forever kittens are undeniable lovers. American Curls are truly adored for their warm personality. They’re naturally friendly and are always looking to make new friends.

When a Curl finds its person or family, it becomes a loyal lover for life. This cat behaves almost like a dog in its loyalty. Curls are known for waking up their humans with cuddles, coos, or casual hair-licking.  It isn’t to annoy you – these cats just want their favorite person to rise and shine with them!

American Curls are constantly curious about what their humans are up to. Don’t be surprised if your Curl is following you all around the house. It’s only because this kitty really loves you. 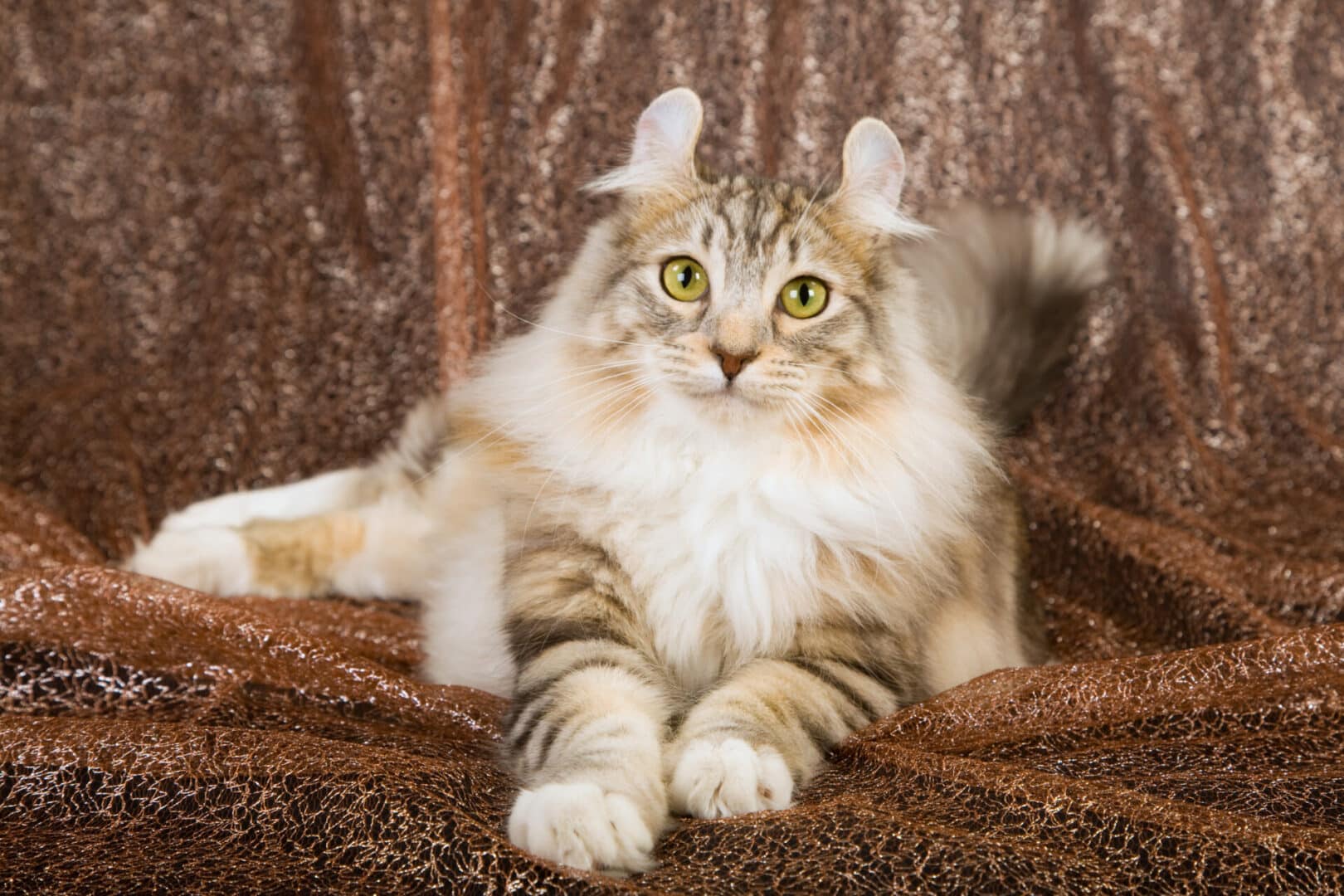 You shouldn’t leave an American Curl alone for long

As we’ve learned about our loyal and loving pets, they don’t like to be left alone for long.  This includes American Curls. These cats really do not like to be by themselves for extended periods of time. It won’t be long before your Curl will start cooing and getting restless.

It’s best not to leave an American Curl alone for long. This will only induce more separation anxiety, which can truly affect your cat’s well-being. An American Curl may become easily agitated or even aggressive. With that said, it’s best to give your Curl as much attention as you can. If you need to be away from home often, then perhaps having another pet around can help distract your kitty. Just make sure the other pet is tolerant of your Curl’s playful kitten nature!

Do you or someone you know have an American Curl at home? Well, lucky them! These cats are very rare and one of kind. We’d love to hear all the fun facts about this breed in the comments below. 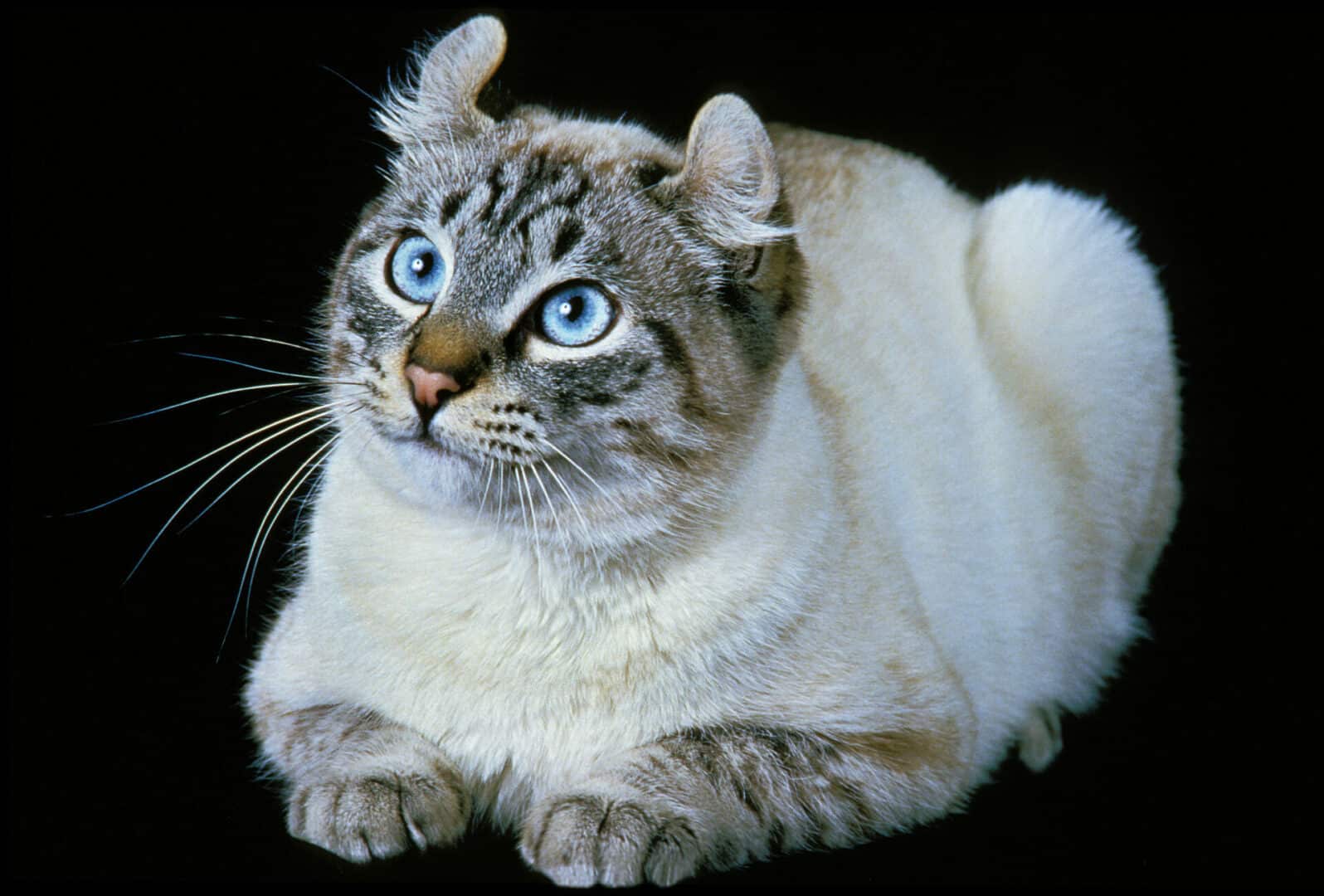