Slender and sleek, the African Serval cat is one of a kind. It is a wild cat, native to various parts of Africa (34 countries to be specific.) The nature of these felines is very fascinating, as there isn’t a cat quite like the Serval. Not to mention, these cats are straight-up gorgeous!

Continue reading to learn all about the African Serval Cat! 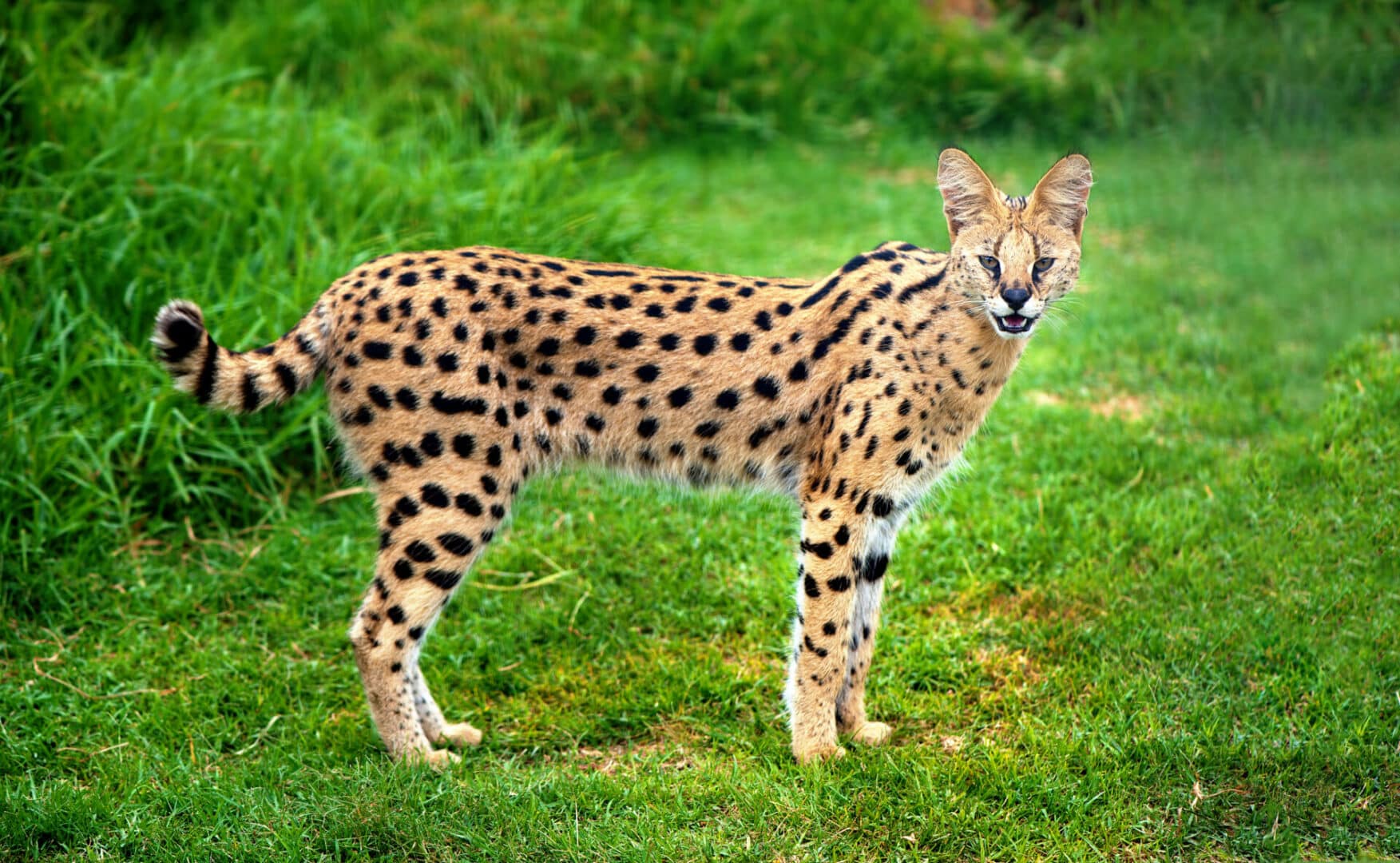 These cats are nicknamed ‘giraffe cats’

The African Serval cat is a very elegant feline, with long legs and a gorgeous coat. Yet, its lean and lengthy bodies gave it a funny nickname – the giraffe cat.  That’s because Servals have extra-long necks in comparison to other cats.  Plus, these cats have a light brown coat with dark spots.

Unlike giraffes, Serval cats use their length to do move around in extraordinary ways. These cats are known for their impeccable jumping skills, leaping up to 12 feet into the air to catch prey.

What is absolutely distinctive of Servals are their incredible ears. In fact, these cats have the largest pair of ears of any feline. You can’t miss them – the African Serval cat’s ears poke out wide and high. Their ears are so powerful that they almost act as a second pair of eyes for Serval, that’s just how well these cats can hear. 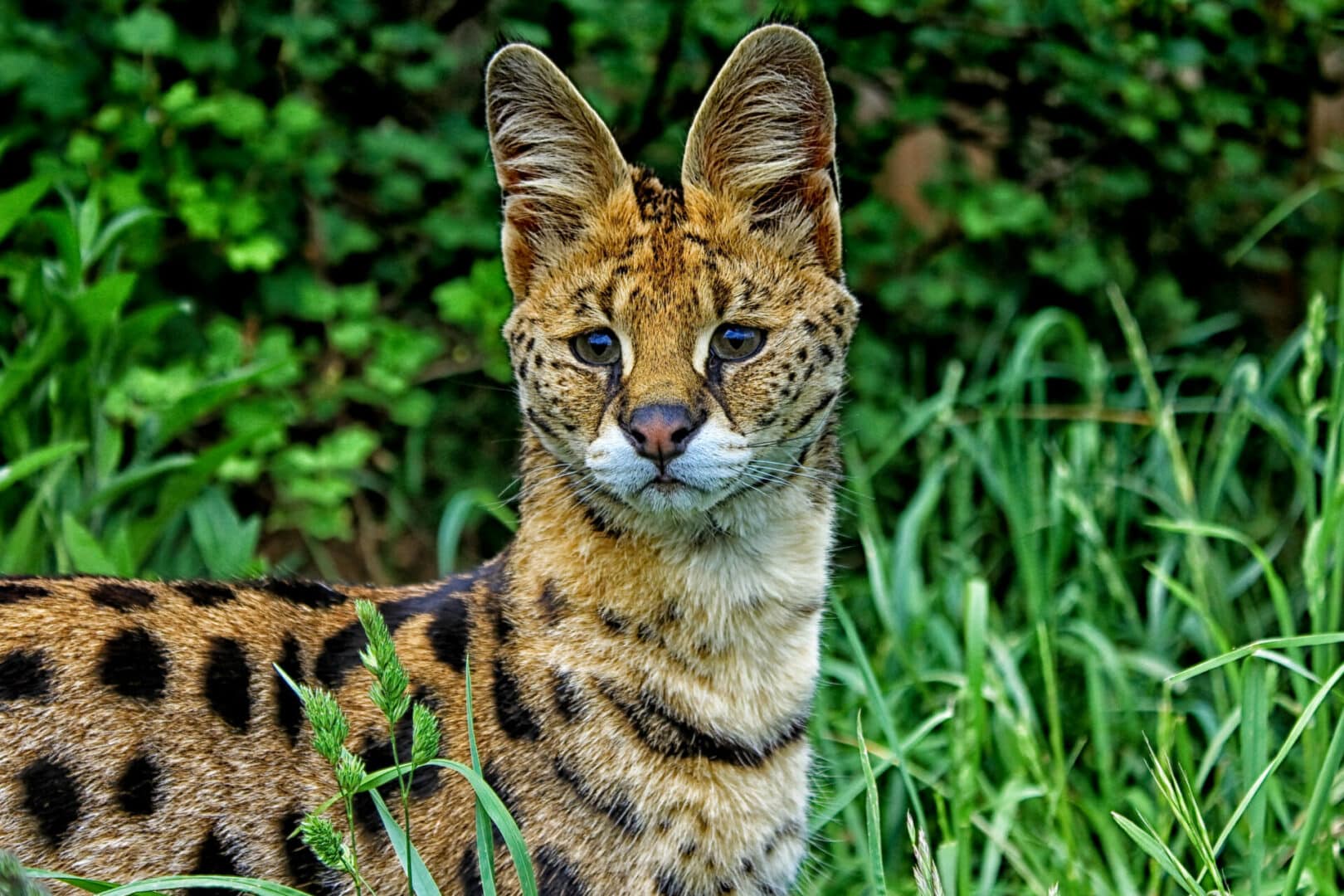 With a name like the African Serval cat, it’s best to assume that this cat lives somewhere, well, in Africa. These cats actually prefer a very specific environment and cannot be found in just any part of the continent.

Servals thrive in savannas, or flat grasslands, with plenty of room to move around. These cats prefer savannas with water access. Servals aren’t like most felines – they adore playing in the water and always being around it. The ideal habitat for Servals is mostly in Central and Southern Africa.

Solitary is the style for the Serval. These cats do not live together at all. The African Serval cat will only spend time with other Servals during mating. After, only the mother will remain with the kittens, raising them until each of her kids are self-sustaining.

Sometimes, you can find a few male Servals relaxing together. But, still, it’s very rare. 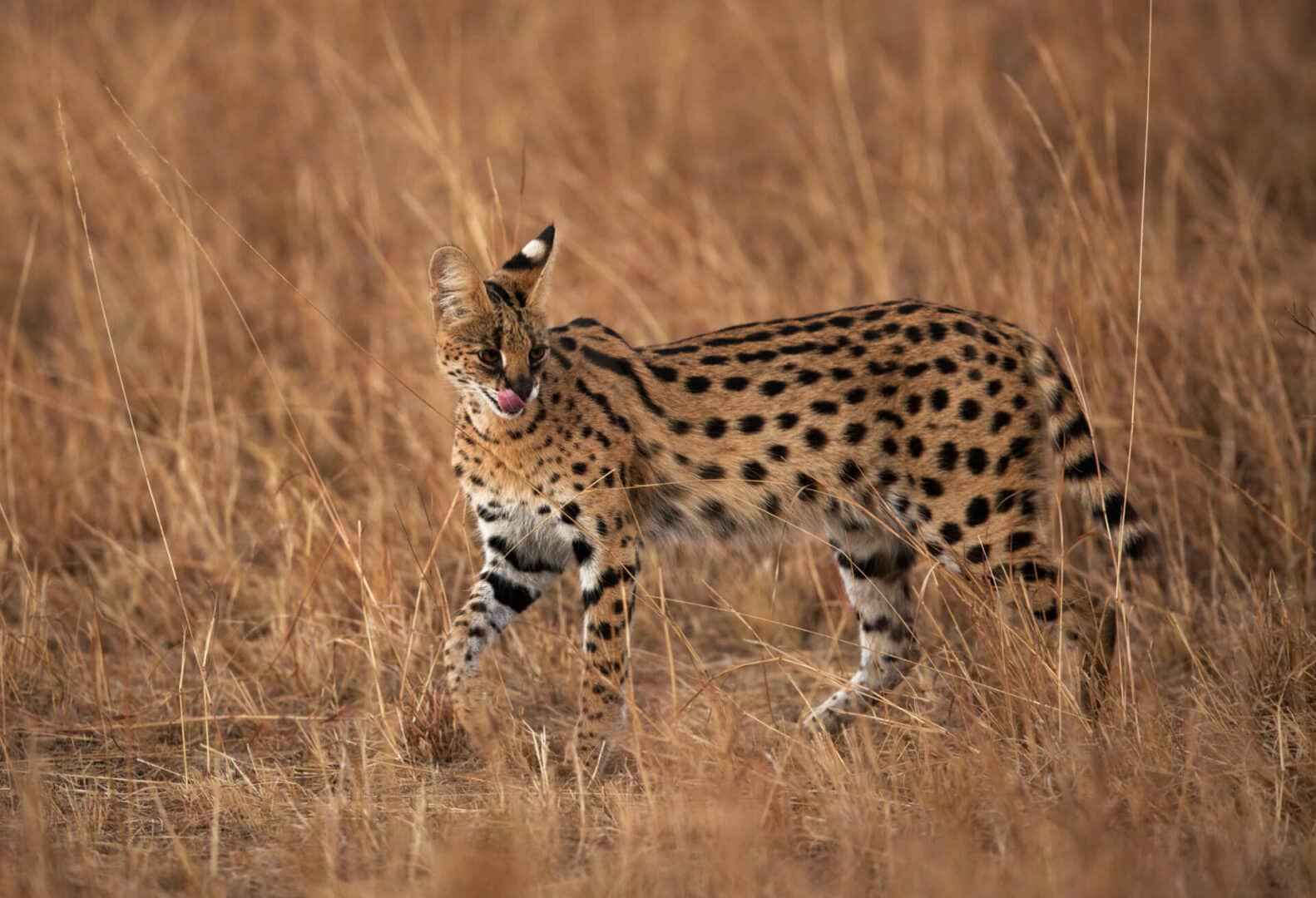 Servals love to eat just about anything

These cats are ambitious hunters with a big appetite. The African Serval cats have a lot of different skills, with one being jumping. These cats have a unique ability to leap into the air and pounce on their prey expands. This greatly expands their options for meals. Servals are catch birds and frogs due to their excellent jumping skills.

The African Serval cat is also great with its paws. This cat will use its forearms to help it scoop fish straight out of the water. No need for us to explain that Servals are very opportunistic and hungry hunters!

Many love the Serval for its rodent-catching talents. This cat hunts all kinds of rodents, including rats. For humans, having a cat to take care of the rodent population is a major relief. That’s because rats, for example, can contaminate food sources with disease and bacteria. With a Serval around, you don’t need to worry about that.

With that said, it’s important to say that Servals are wild cats. They are not good pets and should not be domesticated. 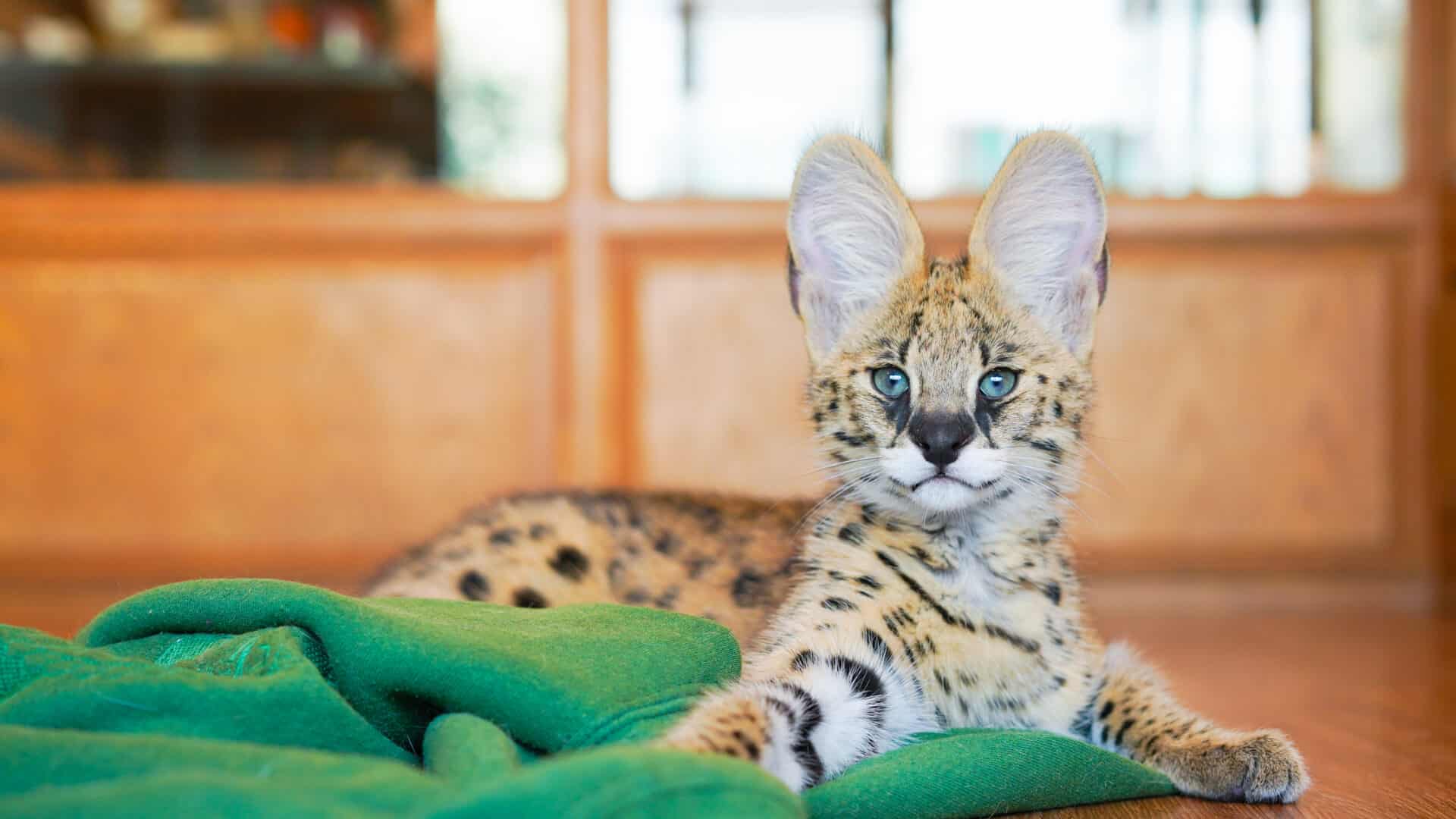 The African Serval Cat’s coat is key for hunting

The Serval’s stunning spotted coat has more of a purpose than just being pretty. Their tawny-colored fur, spots, and stripes help these cats successfully camouflage into their grassy surroundings.

But, humans sadly hunt Servals for their coats…

There’s a reason the African Serval cat tends to stay far away from human populations. These cats are hunted for sport in Africa, and also for their pretty coat. Some hunters will market a Serval’s coat as a young cheetah to increase its value. Due to this hunting, the African Serval cat is critically endangered. Some claim there are only 250 mature Servals left in the wild.

If you love felines, it’s important that we support all the endangered kitties all around the world. The African Serval is one of them! This beautiful cat’s population is shrinking, and we can all help. To learn more about ways to do so, the African Wildlife Foundation is a great resource to help the Serval and other African felines thrive. 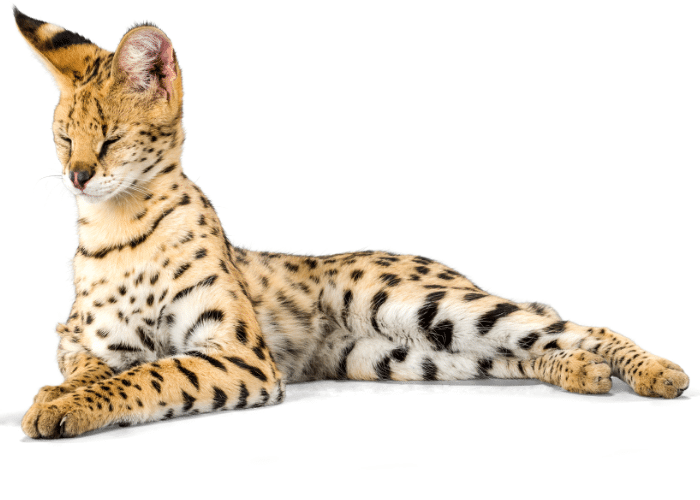