Interesting Facts About Catnip You May Not Have Known

Whether you’ve tried it with your cat family or not, just about all cat people know what catnip is. We know it’s the stuff that can turn a normal kitty into a rolling, zooming, hilariously energized lunatic. Most cats love it, and we love watching our cats indulge in the good stuff. But what do you actually know about catnip? There’s a lot more to this feline favorite than its ability to hype up your cat. If you want to give it to your feline friend, it’s best to learn all you can.

Here are a few facts about catnip that most people, even cat people, don’t know.

1. Catnip is a perennial herb that is part of the mint family. In some regions, it’s actually called catmint.

2. While native to Europe, catnip now grows just about anywhere in the US. It grows to be about three feet tall and is identified by its ragged heart-shaped leaves and clusters of tubular flowers. Some people consider it a weed because once it takes hold, it can take over. 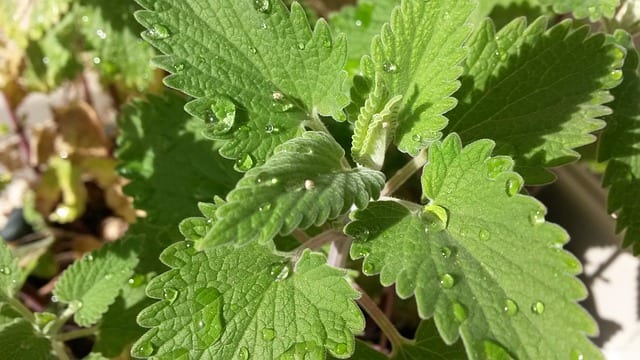 3. The chemical in catnip that is responsible for the plant’s effects on cats is called nepetalactone.

4. The feeling cats get from catnip is compared to when a human takes a mild hallucinogenic drug. That feeling, however, depends on whether the cat eats the stuff or smells it. If they eat it, catnip is more like a sedative. When they smell it, they get excited and active.

5. While catnip is compared to some hallucinogenic drugs, it is completely safe for cats. It’s 100% natural, it’s impossible to overdose, and it’s not addictive.

6. Being susceptible to catnip’s effects is genetic. About 30% of cats don’t respond to it at all. 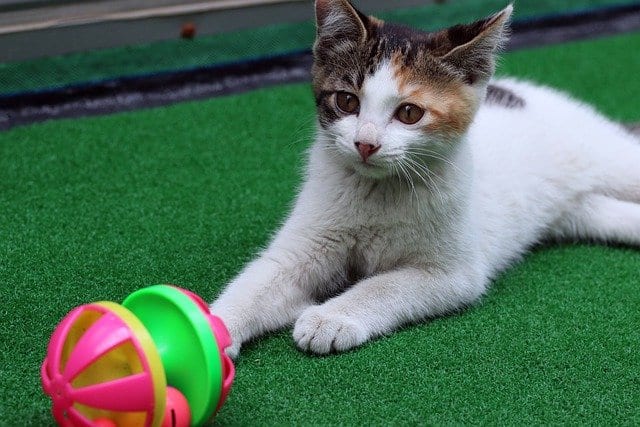 7. A cat’s sensitivity will also depend on their age. Cats don’t grow into their catnip-susceptible gene until they’re several months old. At the same time, most senior cats outgrow the sensitivity.

8.  Male cats are often more attracted to catnip than females because it contains the same chemical that can be found in a female cat’s urine. It sounds gross, but male cats can’t help but love it.

9. It doesn’t matter how long you leave the catnip out, its effects only last so long. Most cats will feel it for only 10-15 minutes. They won’t be able to get the feeling again until about two hours later.

10. Most of us are used to seeing catnip come as a sprinkling of the dried herb. You can also buy it as a spray, dental chew, pellet, or as loose leaves. 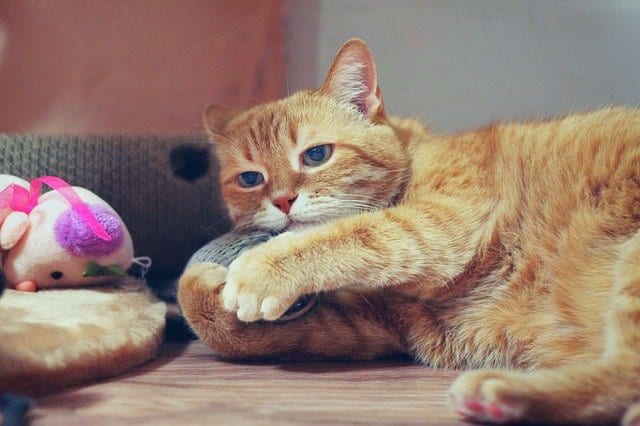 11. Cats aren’t the only ones that can experience the soothing effects of this herb. Catnip tea is considered a great natural remedy for humans. It’s similar to chamomile and can help you prepare for sleep. It can also help relieve nausea and headaches. If tea isn’t your thing, a lot of health stores sell catnip capsules.

12. Studies show catnip repels mosquitoes. When it’s fresh, it’s said to be 10 times more effective DEET. The problem is, the effects don’t last long, and it doesn’t work when applied to the skin. Growing catnip in your garden, however, is a great natural way to ward off buzzing pests.

13. You can use catnip to help convince your cat to scratch their new scratching post instead of the furniture or to use the expensive new bed they’re doing their best to ignore. And when it’s put in toys, it can help cats stay active and get exercise.

14. It’s rare, but some cats can act more aggressively under the influence of catnip. If you have multiple cats, it’s best to offer it for the first time individually, so you can make sure it won’t cause any fights.

15. Big cats like lions, tigers, and jaguars can love catnip just as much as domestic cats.

How To Introduce Your Resident Cat To A New Kitten