Home Cats Why Do Cats Smell Each Other When They Meet?
Cats

Why Do Cats Smell Each Other When They Meet?

If you’ve ever seen two cats in a room, you probably noticed one thing: They tend to smell each other. Sometimes that means they sniff each other’s rear, which is reminiscent of canine behavior. What do cats gain from smelling each other? Cats give each other a sniff when they meet for a few reasons. Let’s explore what is likely going on when cats smell each other. 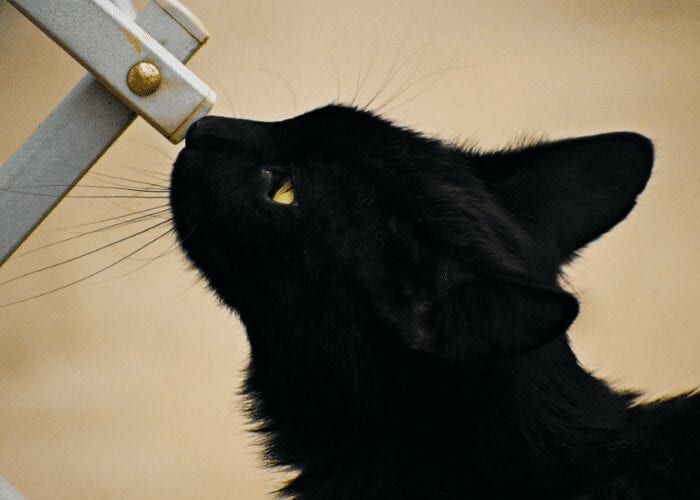 Our lovable feline friends have lots of great qualities. One of those qualities is a heightened sense of smell. In fact, that’s a bit of an understatement! Cat noses contain somewhere between nine and 40 times the number of scent receptors that humans noses do.

Even more interesting is a particular organ that cats possess and humans don’t have. It’s referred to as Jacobson’s organ, and it picks up on things in the air that don’t even have a scent. Pretty amazing, right? It follows then that cats can obtain a lot of interesting information just by smelling something—or someone. 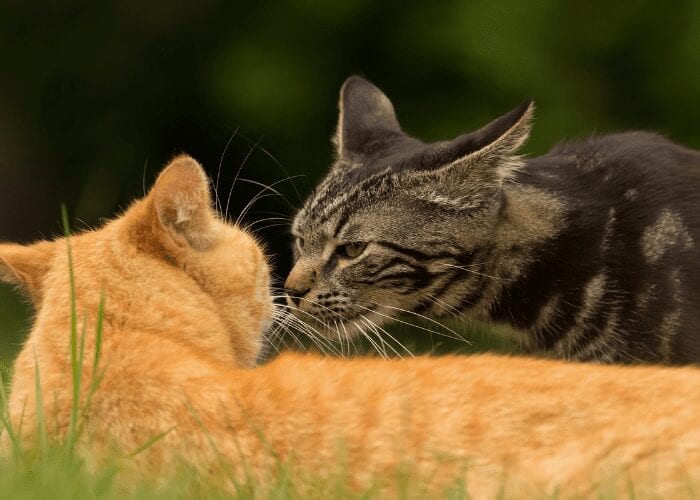 What Cats Learn by Smelling

It’s pretty obvious that cats are able to figure out a few things with their noses. But what are they looking for, or hoping to find? Pheromones are the answer to that question. Just like humans, cats also give off various pheromones. When a cat goes up to another feline and starts sniffing, she’s looking for pheromones to tell her about the cat.

Generally, a cat will smell another cat’s head first because that’s where the pheromone glands are located. Cats can learn all kinds of fascinating facts about felines this way. Pheromones are a giveaway to what a cat has eaten and even what mood the cat is in. Other details like gender make themselves known with pheromones as well. 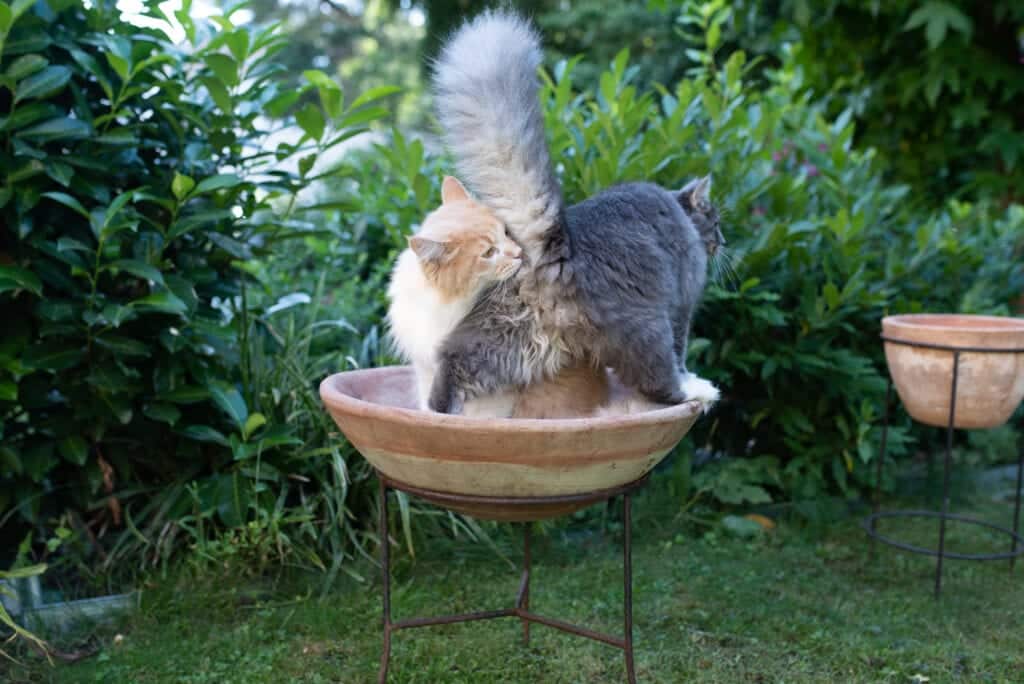 Smelling Other Parts of the Body

Cats do check out the smell of another cat’s rear end occasionally. Even though pheromones around the head will tell a cat many things, there’s more to be learned elsewhere. Those smells could tell cats anything from how healthy another cat is or how mean he might be.

Beyond those scent-related clues, this interesting behavior can determine how cats relate to each other. If a cat is more of an alpha, he might be in charge of the smelling ritual to claim his spot as the dominant cat in the room. Cats who don’t try to claim dominance might simply let the other cat smell him to learn more and decide who’s the boss. 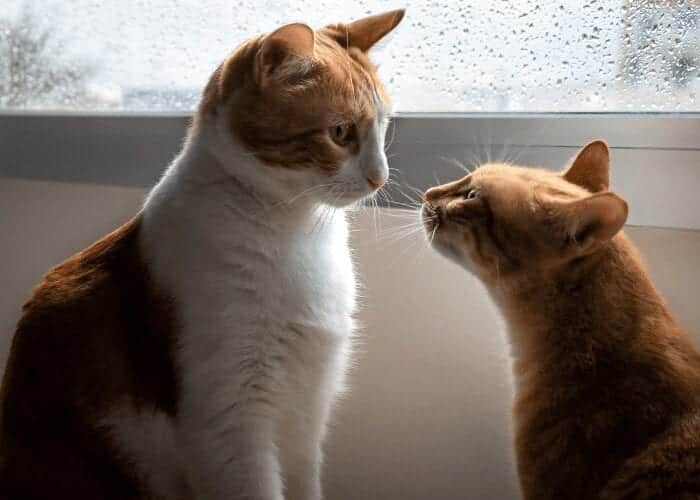 We already know cats are pretty impressive. Just the fact that their noses have way more receptors than ours is quite intriguing! And cats know how to put those extra senses to good use when they come across another feline. Smelling each other is a very natural, instinctive move. It helps cats figure out who’s who in the room, especially if they’ve never met before. Most of the scents will be undetectable to humans but cats sure read a lot from the various pheromones emitted.

Catham City’s Loveseat Is Perfect For Cats And Their Humans