Why Do Cats Chase Their Tails?

Dogs aren’t the only ones who have been caught with their tails between their teeth. Seeing a cat chase their tail is more common than a lot of people think. Our feline friends practice this silly, and sometimes concerning, behavior from kittenhood all the way to senior status. It isn’t exclusive to any particular breed, and it doesn’t matter if the tail-chasing cat in question lives with dogs or not.

We have to admit that watching a playful cat try and catch their own tail can be entertaining. It looks like they’re having a blast, but it might not be exactly what it looks like. Cats chase their tails for several reasons. Sometimes those reasons are more like a cry for help. 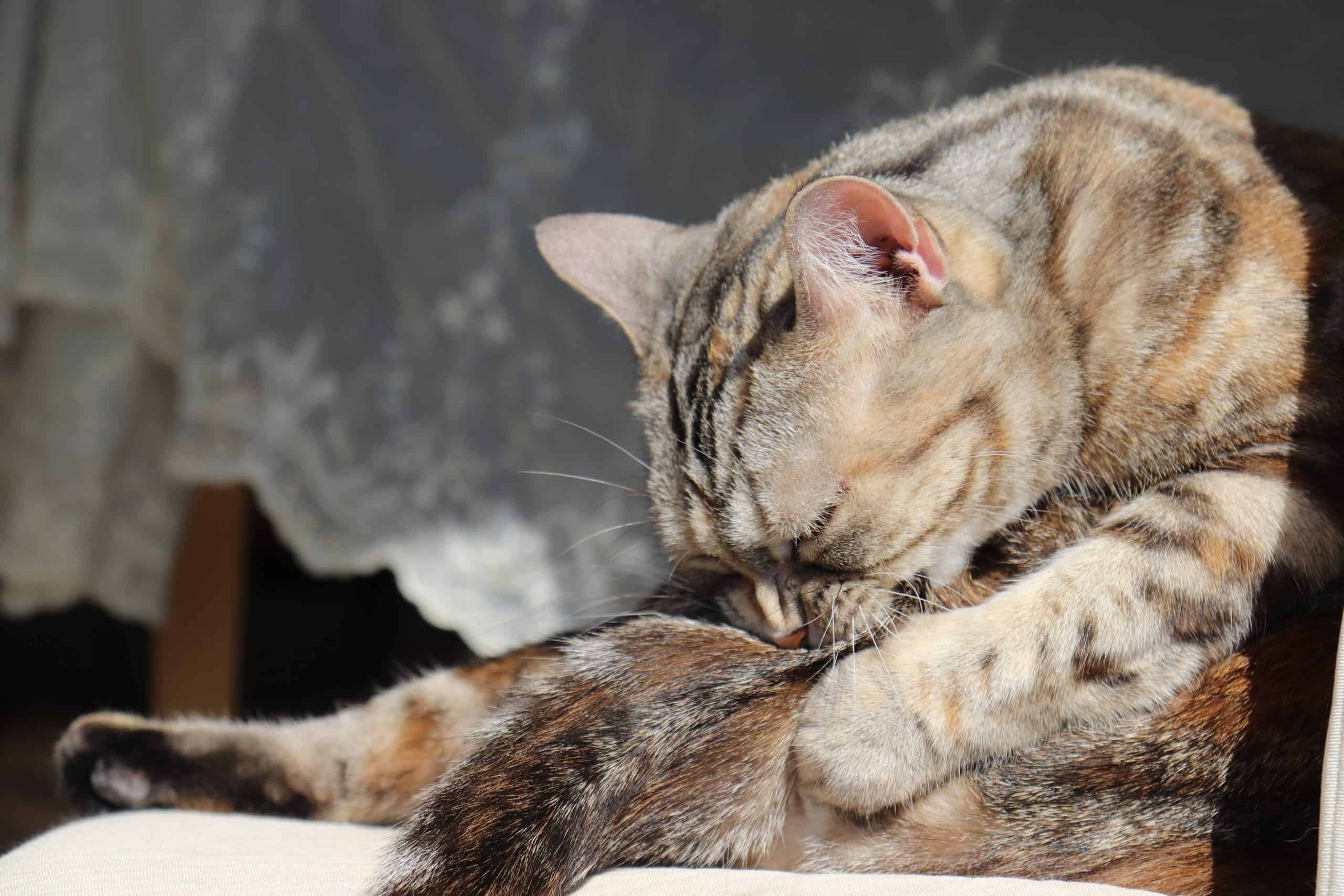 Cats can be allergic to just about anything. From ingredients in their food to the laundry detergent used to wash their favorite blankets, allergies can leave cats sneezy, stuffy, itchy, and just plain miserable. Allergy symptoms present themselves in different ways for different cats. One of the most common symptoms is an extremely itchy tail.

Scratching your tail when you have no fingers is tough. So, cats resort to catching their tails with their paws and teeth. What looks like a fun game of “catch that tail” could actually be your cat’s desperate attempt to stop the itching.

If a cat’s allergies are especially bad, they  might scratch so much that they tear the skin and cause an infection. Our cats typically don’t like it when we touch their tails, so it can be hard to notice a small cut or injury. But if an infection takes hold, your cat will definitely notice. They’ll try and get at their tail as a way to find relief. 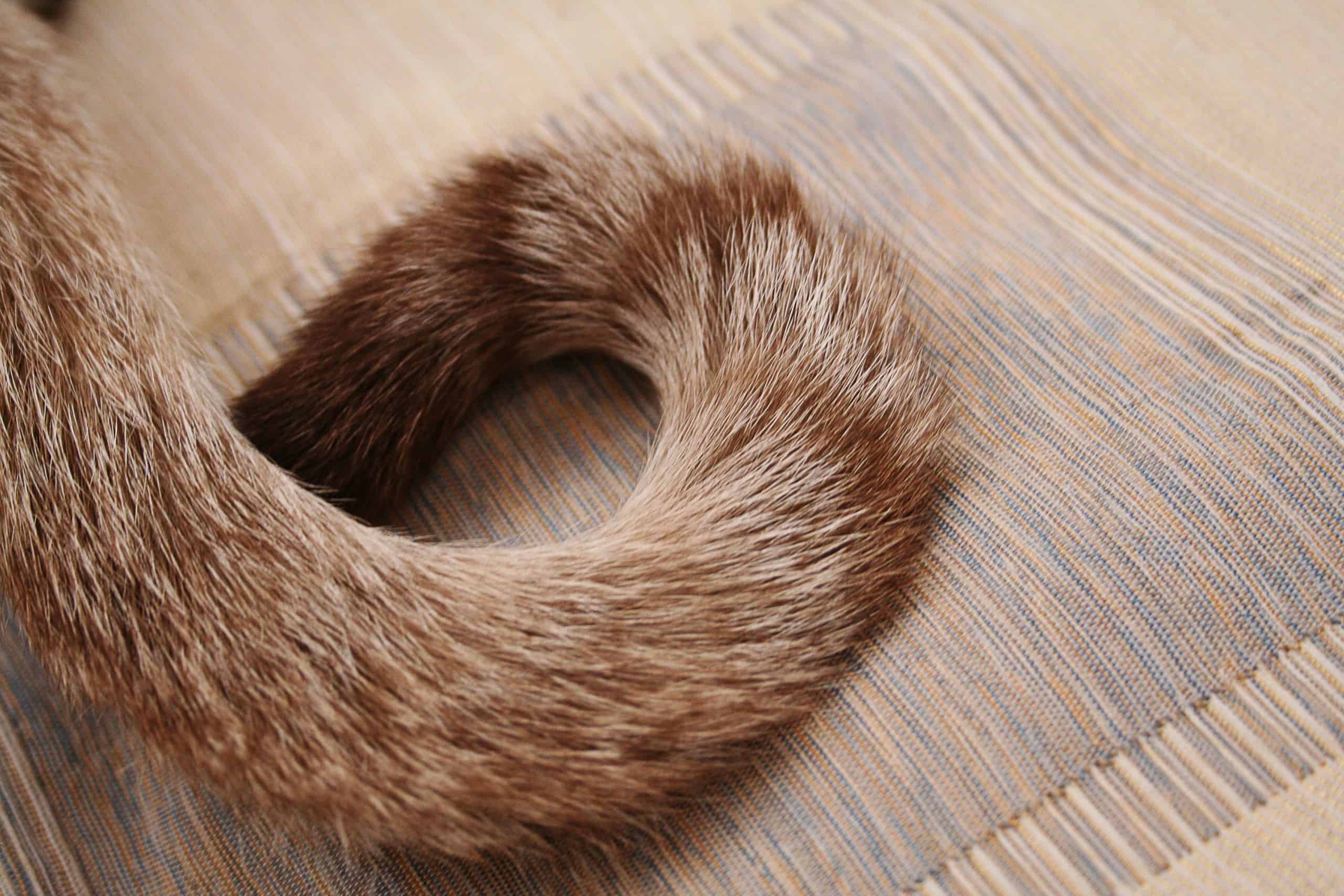 Hyperesthesia is a somewhat mysterious condition that can sometimes cause cats to chase their tails on a frequent basis. Some studies refer to it as a form of OCD, and others say it’s more closely related to a seizure disorder. What we do know is that hyperesthesia is a disorder that can cause a cat to be hyper sensitive to certain stimulation and can lead to erratic behavior.

Episodes typically last anywhere from a few seconds to a few minutes. Some cats react by vehemently scratching themselves, biting themselves, or chasing their tails. If you’re interested in learning more about this rare condition, Cornell University gives a detailed description here.

Stud tail is another medical explanation to why your cat is chasing its tail. This skin condition is caused by over-reactive glands located at the base of the tail. The glands secrete oils to keep hairs soft and flexible. And when they go into overdrive, the excess oils can cause a long list of skin problems. Greasy fur, red bumps, missing fur, and skin infections are possible.

This condition isn’t exactly painful, but it is irritating. Many cats end up chasing their tails or paying extra attention to that end of their bodies as a way to find relief. Stud tail is most common in intact male cats. You can find more information here. 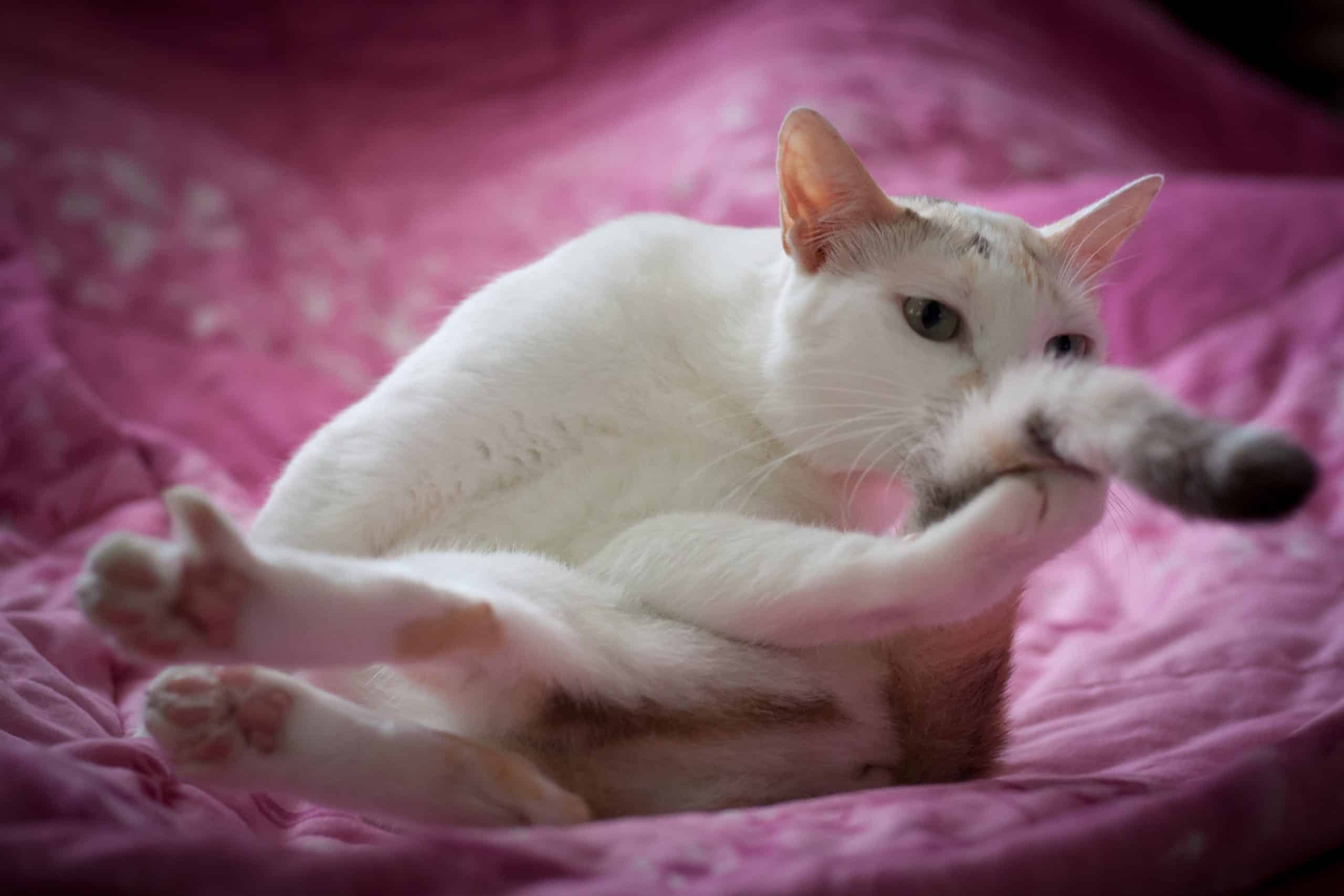 Now that we’ve gone over the potential health-related explanations, it’s important to note that some cats chase their tails simply because it’s fun. Cats are predatory animals, and going after their tail is a lot like playing with their favorite feather wand. It activates their natural instinct to chase down a moving object.

If you catch your cat chasing their tail on a regular basis, it could be because they’re bored. Cats need daily exercise and mental stimulation to stay happy. And if they don’t get it, they’re likely to come up with their own forms of entertainment. Chasing their tail isn’t necessarily a bad thing, but it could be a sign that your cat could use extra attention.

Should You Be Worried?

Cats chase their tails all the time. And in most of those situations, it’s nothing to worry about. But there is a chance that your cat’s behavior is a sign that something isn’t quite right. If you’re having trouble deciphering the exact reason for their behavior, what you really need to know is if you need to talk to a vet. Chasing their tail for fun is no big deal, but you don’t want to miss something more serious. If you notice any of the following behaviors with your cat, it’s time to schedule a chat with your vet.

Talking to a vet will help you determine if your cat’s tail chasing is related to something more serious. In most cases, however, the behavior is completely innocent. It could even stop altogether if your cat starts getting more exercise. The key is to pay attention and go with your gut if you suspect a serious problem.

Cats Who Were Born To Prove If I Fits, I Sits

Telltale Signs That A Cat Is Your Spirit...

5 Ways to Protect Your Pets if You...

Brave Girl Called ‘Hester Is Not A Cat’...