Home Cats Why Do Cats Carry Toys In Their Mouths?
CatsWhy Do Cats

Why Do Cats Carry Toys In Their Mouths?

Despite the fact I’ve spent time meticulously picking out toys that I think my cat, Taco, would love, his favorite thing to play with is a rubber ducky keychain he pilfered from our junk drawer. He bats that thing all around the house and meows loudly in alarm if it happens to get stuck somewhere. It’s pretty cute watching him have fun with a little yellow duck, but my favorite is when he picks up his toy and carries it in his mouth. He struts proudly down the hall with it between his teeth and takes it from room to room. I know Taco isn’t the only cat that likes to carry toys, so why do they do it? 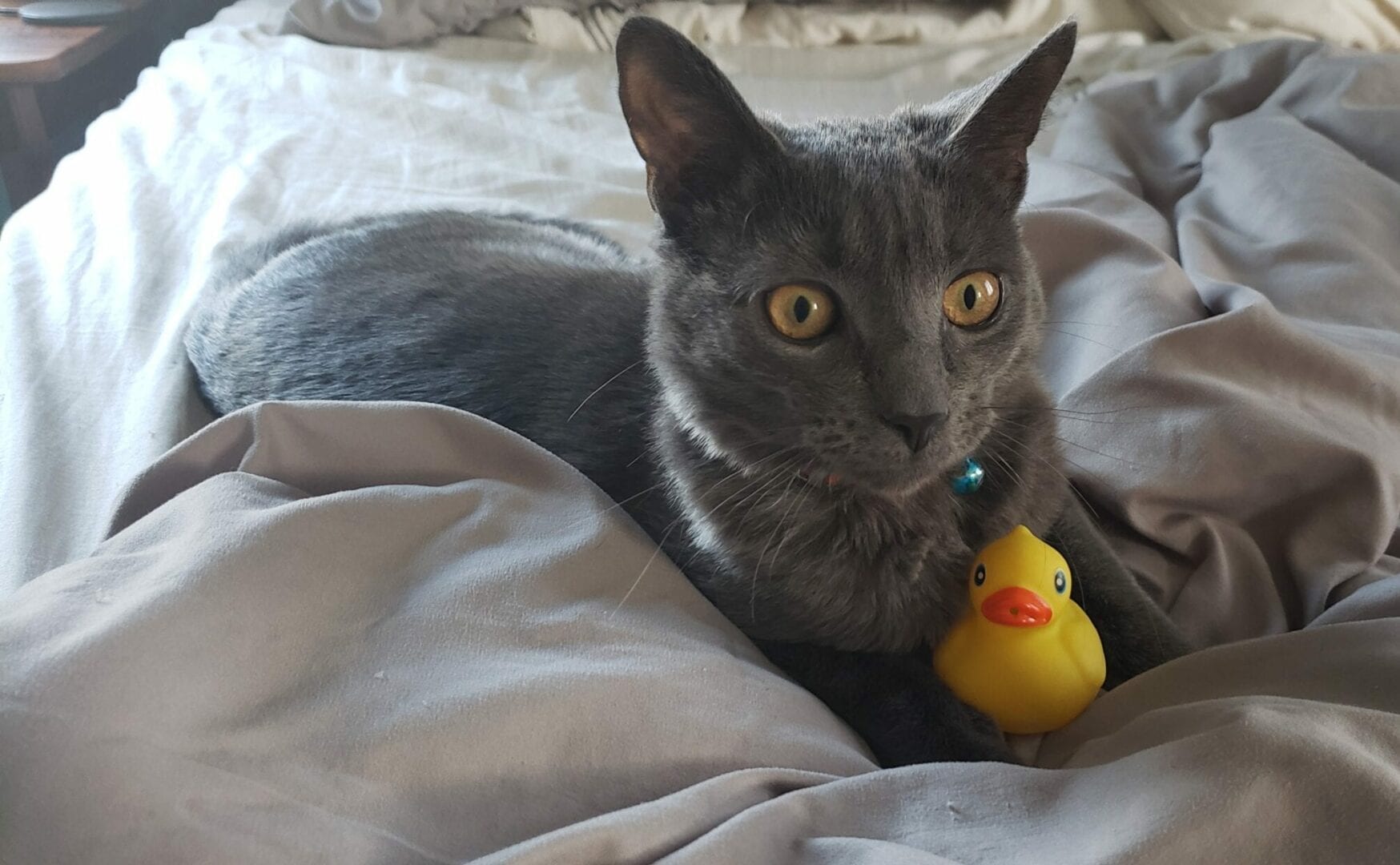 Everything we know about why cats do the things they do is based on conjecture and observation. We can’t know for sure, because they can’t come out and tell us what they’re thinking. Animal behaviorists and researchers, however, manage to come up with plausible theories. They base their ideas on what they learn from observational studies on both domestic and wild cats. With that in mind, there are two main explanations for why cats carry toys in their mouths.

Pampered house pets don’t rely on hunting like their wild cousins and ancestors. They’re happy enough eating meals delivered directly to ceramic bowls—as long as those meals are delivered exactly on time. That dependence, however, doesn’t erase generation’s worth of natural instinct. Domestic cats are still hunters, and we see evidence of that every time they swat at a house fly or pounce on a catnip mouse. 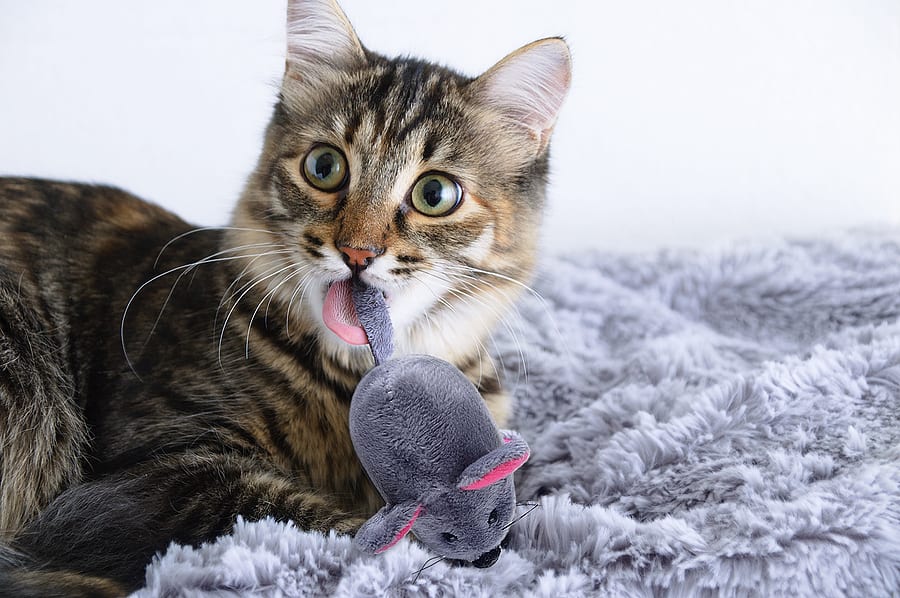 Carrying prey in their mouth is part of a cat’s hunting process. Once they catch whatever they were stalking, cats carry their meals to a safe place. They either move to an area where they can eat in peace, or they hide the meal so they can eat it later. If it’s a mama cat, she will carry her catch back to her litter so they can practice eating meat and hunting prey.

“What we have to understand is that pet cats are behaviorally almost indistinguishable from their wild counterparts, but living in a domestic setting can distort normal wild behaviors so that they seem odd and out of place.”

Taco doesn’t have to put much work into hunting down his rubber ducky toy, but that doesn’t change his behavior or instinct. There’s a good chance he carries it around in his mouth because he sees it has his hard-earned catch.

Another example of wild cats carrying things in their mouths is when they’re moving a litter of kittens. Wild cats move their litters quite often whenever they feel slightly threatened or in danger. And if the kittens are especially young, it’s a lot easier to pick them up than it is to herd them along. 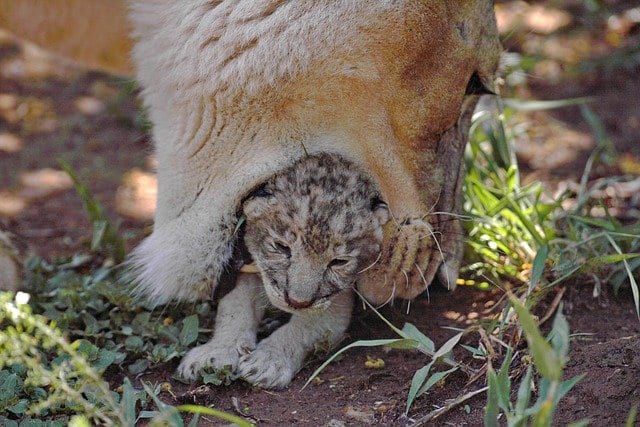 Even if your cat has never had a litter of their own, they still possess this instinct to protect the things they care about it. Cats that become especially attached to specific toys or objects might view those valuable belongings as substitute offspring. They carry them from room to room as if they’re transporting a litter of kittens.

If this seems to be what’s happening with your cat, it doesn’t mean they’re yearning for babies. Spayed cats carry toys in their mouths, but they do not feel robbed of the chance to reproduce. They’re simply acting out an ingrained instinct because it feels right. Even male cats, which are notorious for being deadbeat dads, can have this protective instinctive kick in when they have a toy they’re particularly attached to.

Do either of these explanations sound like what your cat is doing?

Cat-Friendly Plants To Start Your Very Own Kitty Garden

Feline 411: All About Gray Cats