Home Cats What Methods Do Cats Use To Mark Their Territory?
Cats

What Methods Do Cats Use To Mark Their Territory?

We love our feline friends for sure. They can bring so much joy to our lives. But some of their behaviors are rather inconvenient for their humans. One such example of this is when cats mark their territory. It’s important to learn what methods cats use to mark their territory, so let’s explore them. 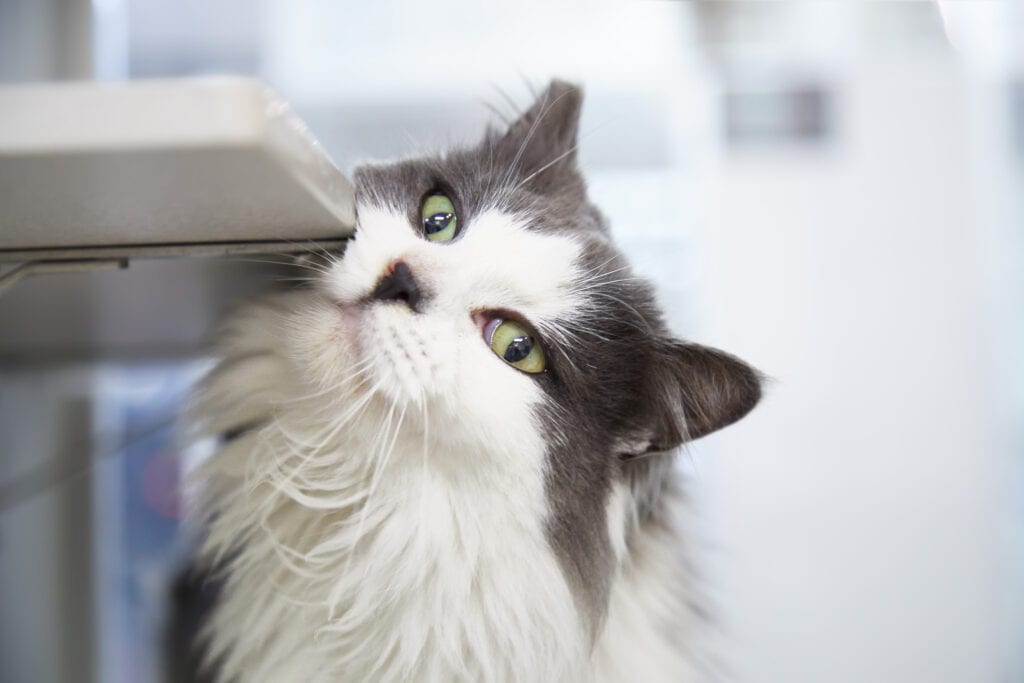 Put simply, marking is what happens when a cat wants the world to know what’s his. Cats will leave their scent on something to signify that they own it. They may also leave a scent on an object for reproductive purposes as a signal to a potential mate.

Marking is an Instinct

One thing to note is that marking is pretty normal for most cats. Their instincts are likely kicking in here. Those instincts might be telling kitty to trail her scent around her new home to ward off other felines. Or they might be signaling to a potential mate that kitty is available. Sometimes, cats also feel the urge to mark if they are feeling frightened. This might occur when you move to a new home or apartment that’s unfamiliar to kitty. 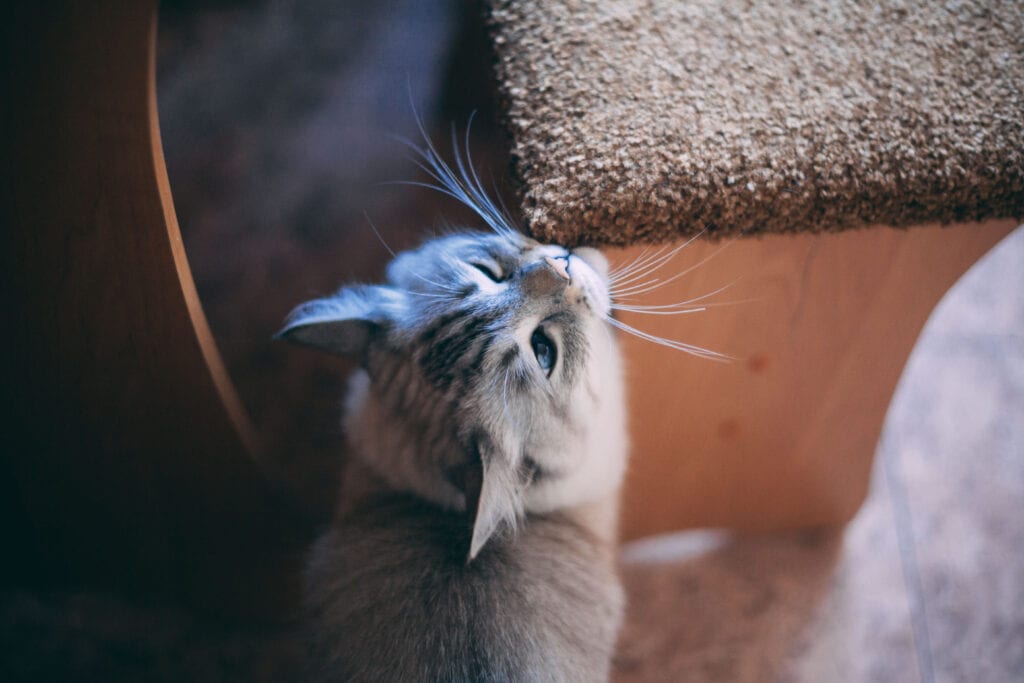 If you have a cat, chances are you’ve seen him rub his cheek on something a time or two. Mine just loves to rub his cheeks on my phone or my husband’s iPad. He’s also been known to do this to a book I’m reading. Usually, he likes to do this at the least convenient time possible. (It’s like they just know!) Felines have scent glands in their cheeks and this is one way that cats mark their territory. Next time you see kitty rubbing her cheek on something, you’ll know she’s marking it as her own.

Cats also have scent glands in their paws. Cats might choose to mark their territory by scratching on something, like a couch. This behavior, while not ideal for keeping pristine furniture, serves two purposes. First, kitty’s scent glands on her paws are leaving their smell all over that piece of furniture. Second, her scratch marks will be visible to any other cat passing by. The scent can linger, and claw marks definitely tend to stick around. This dual-purpose method of marking will send a message to other cats for quite a while. It’s a pretty effective way for kitty to leave her mark, though it’s not ideal for us humans. 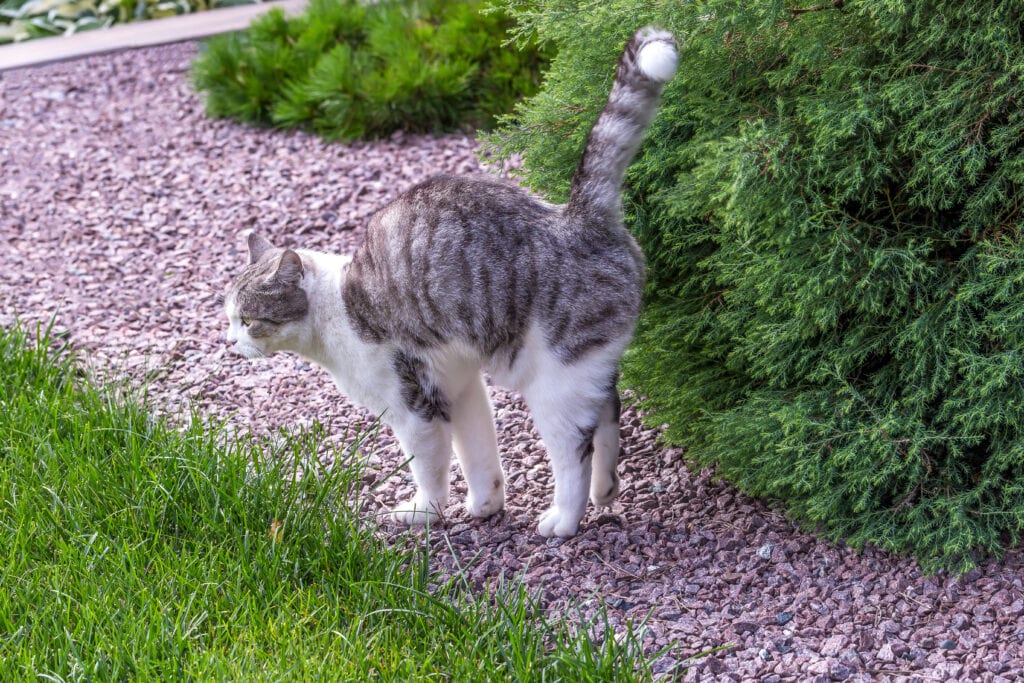 Felines will use their urine to mark their territory as well. You’ll most likely notice this marking behavior in doorways or along the perimeter of your home. Marking with urine is typically how cats establish boundaries for their territories. This type of marking is most common with non-neutered tom cats. However, some neutered male cats will still leave their mark this way. If you have a cat that’s spraying even after they’ve been fixed, then check out this article here on cattitudedaily.com.

Our kitty companions can be somewhat territorial. They want to claim their homes and spaces as their own. They also want to make sure other cats know what belongs to them. It’s all part of natural cat behavior, so don’t sweat it. If you find that kitty’s marking is causing problems, consider training her with positive reinforcement. 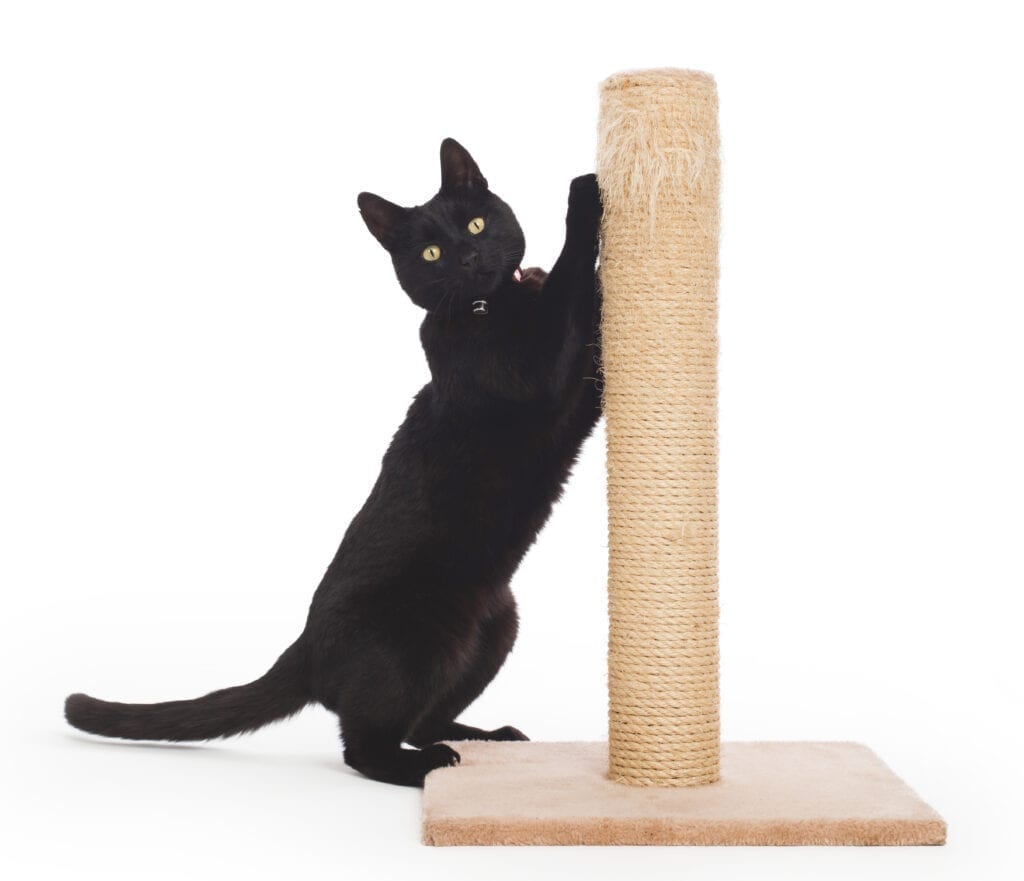 What To Know About Destructive Behavior In Cats