Home Cat Facts What Do Cats Dream About?
Cat Facts

Considering the fact that cats sleep up to 15 hours every day, it’s natural to wonder what in the world goes on in those sleepy little minds of theirs. Of course, your cat looks like a precious angel when they’re curled up on the bed or stretched out in the sunny spot on the floor. It’s why you have so many pictures of them taking a snooze. But what’s going on when they twitch, swat, and murmur in their sleep? Science has already proven that cats are perfectly capable of dreaming. What cats dream about, however, is a little harder to determine. 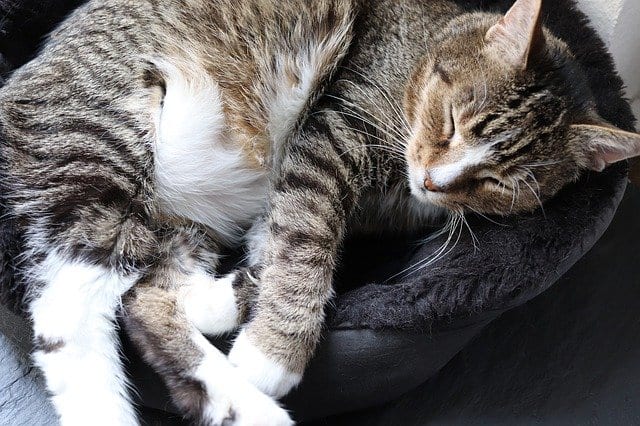 Feline and human brains are obviously different. Brain structure and activity during sleep, however, is relatively the same. There are several scientific studies that have monitored feline brain activity while both awake and asleep, and animal scientists agree that there’s not much difference between a cat dream and a human dream.

For example, both cats and humans do most of their dreaming during rapid eye movement (REM) sleep. This is a type of sleep zone where heart rate and breathing get faster and the eyes move around quickly beneath closed eyelids. The brain is also active during this type of sleep, and it leads to the longest and most detailed dreams.

There’s also evidence to suggest that younger cats spend more time in REM sleep than older cats. This could have to do with the fact their brains are still developing. It suggests that cats dream less often when they get older. 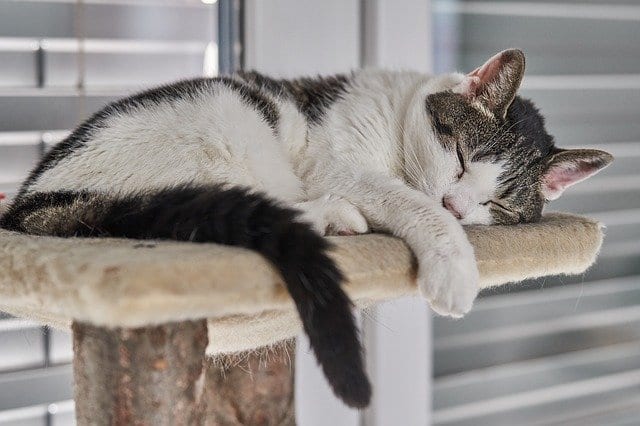 If you want to know what a person dreamed about, all you have to do is ask. Unfortunately, it doesn’t work that way with cats. Because we can’t ask, and we haven’t developed technology to turn cat thoughts into moving pictures, the best we can do is make educated guesses about what cats dream about.

One thing scientists agree on is that both cats and humans dream for the same reasons: to process experiences and solidify long-term memories. Dreams are a time when your brain finally has a chance to really analyze all that happened during the day. That’s why in addition to all those crazy dreams, we often dream about mundane life experiences. It’s safe to assume that it’s the same for cats. 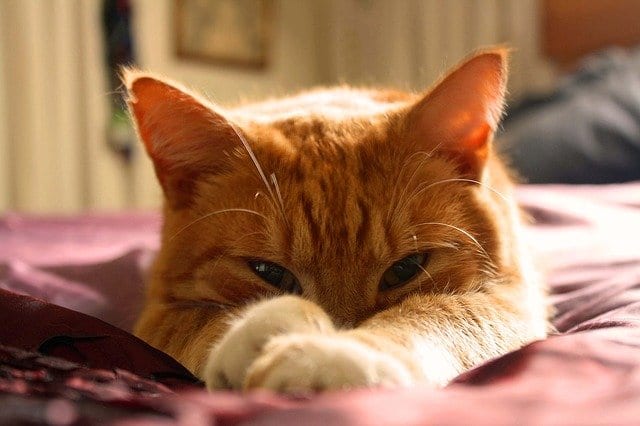 What Cats Dream About

One of the most notable studies about cat dreams took place in the 1960s. A series of experiments showcased how when cats entered REM sleep, they expressed physical signs of dreaming along with increased brain activity. Instead of lying there peacefully, the cats twitched and moved their limbs. REM sleep essentially turns off body movement to prevent the sleeper from fully acting out dreams, but when dreams are intense enough, they can manifest in twitches and specific body movements. In the 1960 study, researchers observed cats often acted as if they were hunting in their sleep. They arched their backs, swatted their paws, and sometimes acted like they were running. This supports the theory that cats dream about their favorite activities.

It’s possible that cats have the occasional crazy dream, but it’s more likely that they dream about the things, activities, and people that are present in their waking lives. They could be chasing a mouse, tormenting the dog, or even receiving pleasurable head scratches from their favorite human. It’s their way of going over the day’s events.

It’s also possible for cats to have nightmares. You might think your cat lives a great life without any worries, but any kind of stress or fear could manifest as a nightmare. It’s hard to think about our precious cats feeling scared in their sleep, but it’s best to let the dream play out. Waking them in the middle of an intense dream could scare them even more, and they might even lash out with claws without realizing what’s happening.

The next time you catch your cat fast asleep, look for signs that they’re dreaming. Little twitches or eye movements could mean there’s something really interesting happening inside their head. Any guesses as to what your cat dreams about?

Mail Carrying Cat Creates Friendship In The Midst Of Lockdown