All cats are beautiful. And oftentimes, rescue cats are the most beautiful of them all. For Eva, Phylicia, and Trinity, each of them came into the same rescue but at different times. But thankfully for them, it didn’t take them long to find their happy ending. Whether you refer to them as odd-eyed cats or bicolor-eyed cats, cats with two different eye colors are always a sight to behold. Because as if cats’ eyes weren’t already fascinating enough, they’re even that more intriguing when they’re two completely different colors!

I caught up with Patt, the cat mom to these three gorgeous and unique rescue cats, and thankfully she allowed me to share her cats’ photos and stories with all of the Cattitude Daily readers. So, keep reading to learn all about them! 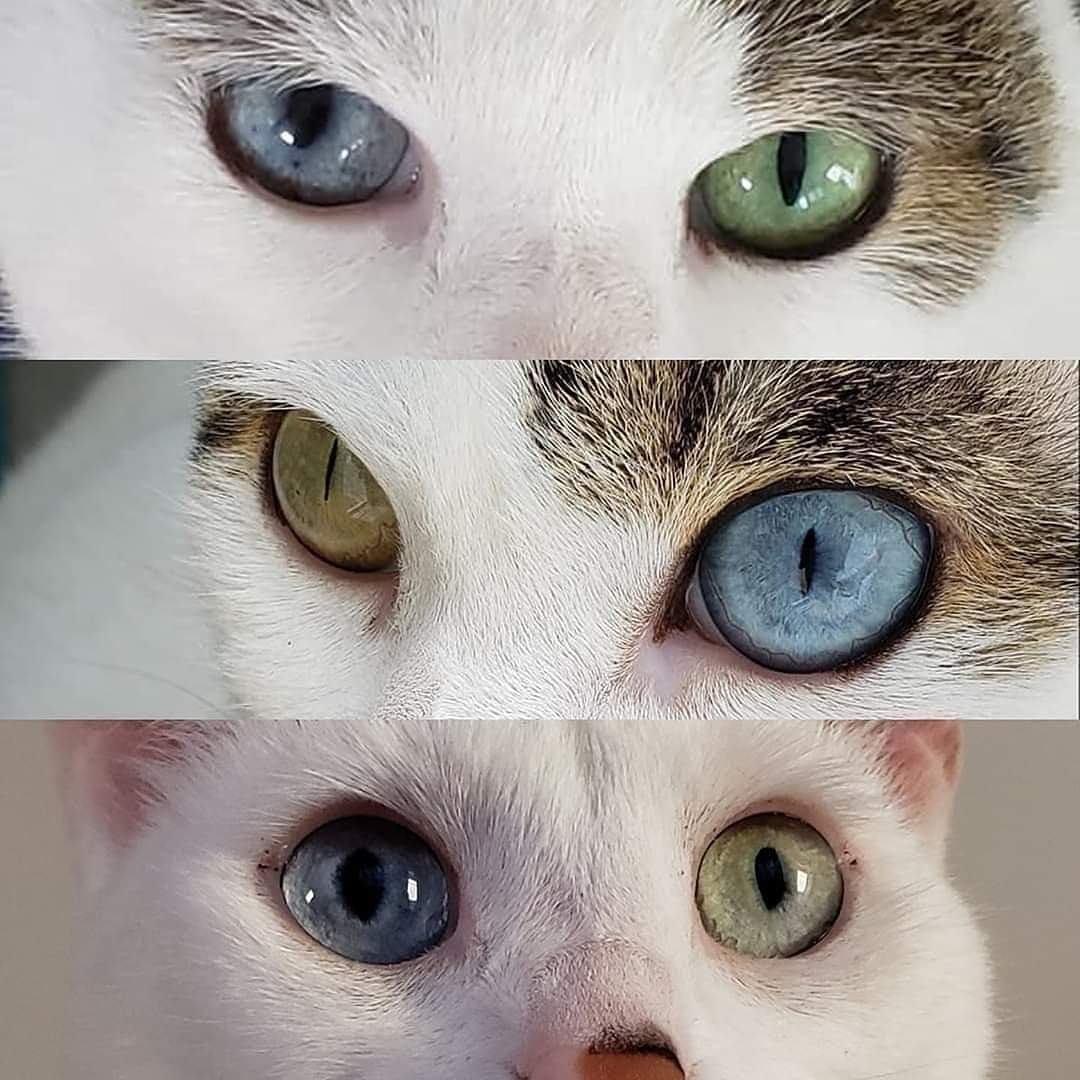 What are your cat’s names?

In this photo, the top pic is Eva, my grandson named her. I call her Evil Eva Sophia. She has a twisted club foot on her back left side that is half as long as her other 3 good legs. She is the alpha female in our group and a daddy’s girl.

The middle pic is Phylicia Jean Squeakers. Named partly after my Mom who has passed. Phylicia is the love bug. Loves to cuddle, be held, give kisses, and sit on laps. Phylicia was accidentally ear-tipped. Ear tipping indicates that an outdoor cat has been fixed and released.

The bottom pic is Trinity Parkour Grace, being our third she was named Trinity. She is the most athletic cat I have ever had. Running up walls and flipping around, climbing up door frames, and can vertically jump higher than any cat I’ve ever had.

The 2nd photo is with Eva who has the darkest tabby marking, to her left with tabby tail is Phylicia, and Trinity is almost pure white. 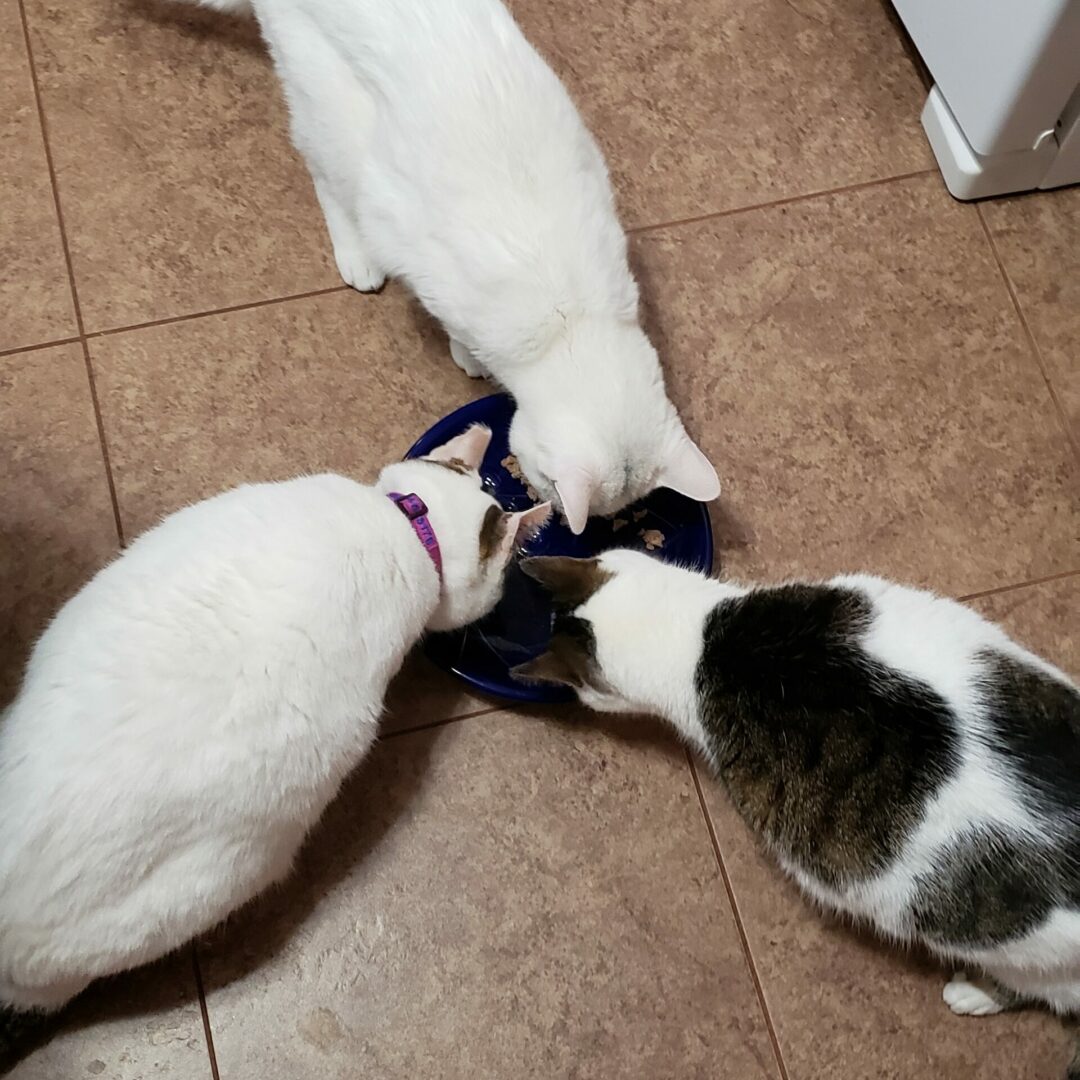 How did they come into your life?

How do they get along with each other?

Eva makes it clear she is alpha. However, Phylicia and Trinity get along well , they wash each other’s faces and ears. Rarely they will be found sleeping near each other. They will sometimes all eat out of the same large bowl at the same time. 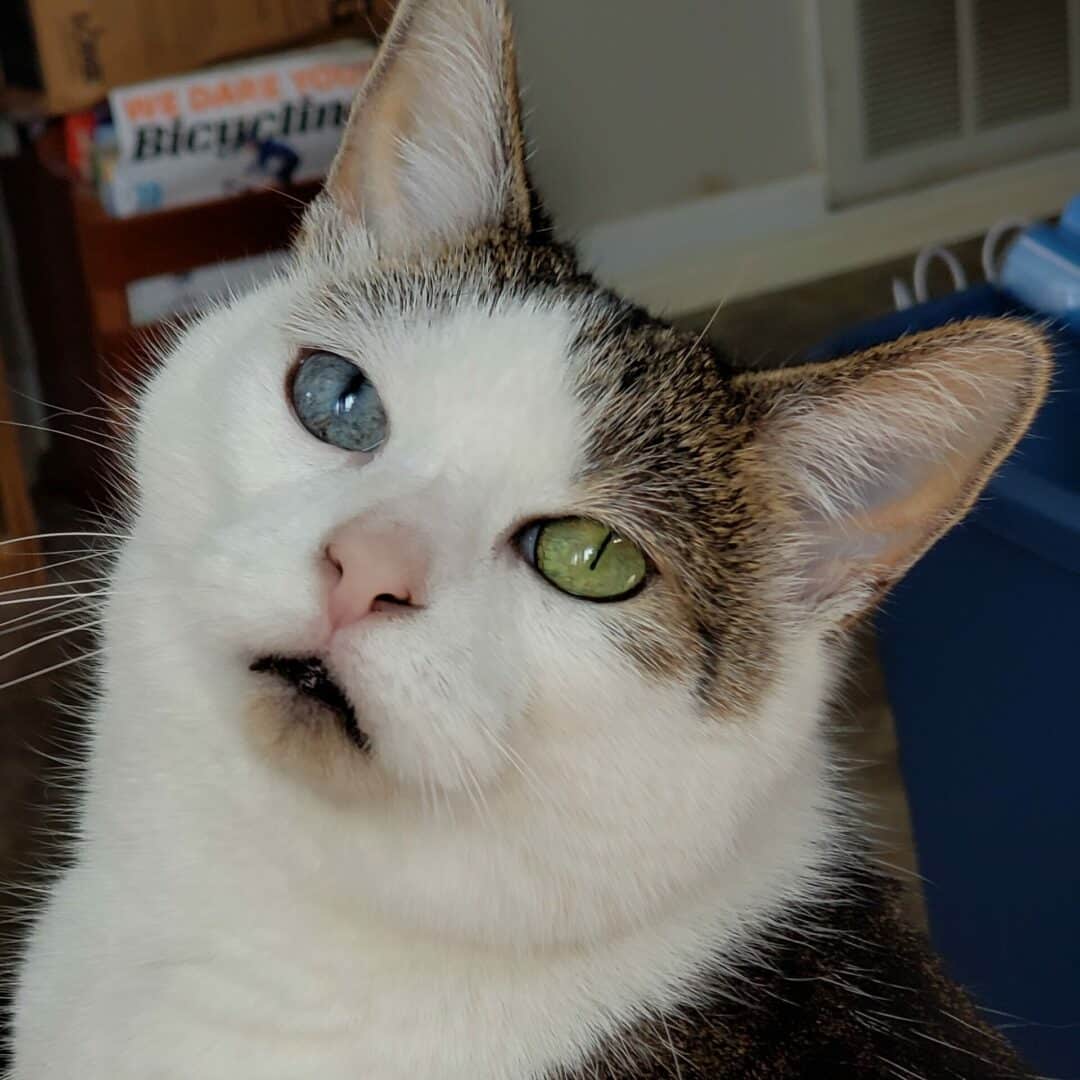 What’s something special you’d like for people to know about your beautiful bicolor-eyed cats?

The actual name for bi-colored eyes is heterochromia iridium. And no David Bowie did not have different colored eyes but damage to one eye that caused his pupil you be permanently dilated.

I’d like to give a special “thank you” to Patt for allowing me to share the story of her three pretty kitty cats. If you know someone else who is a sucker for odd-eyed felines, don’t forget to share. 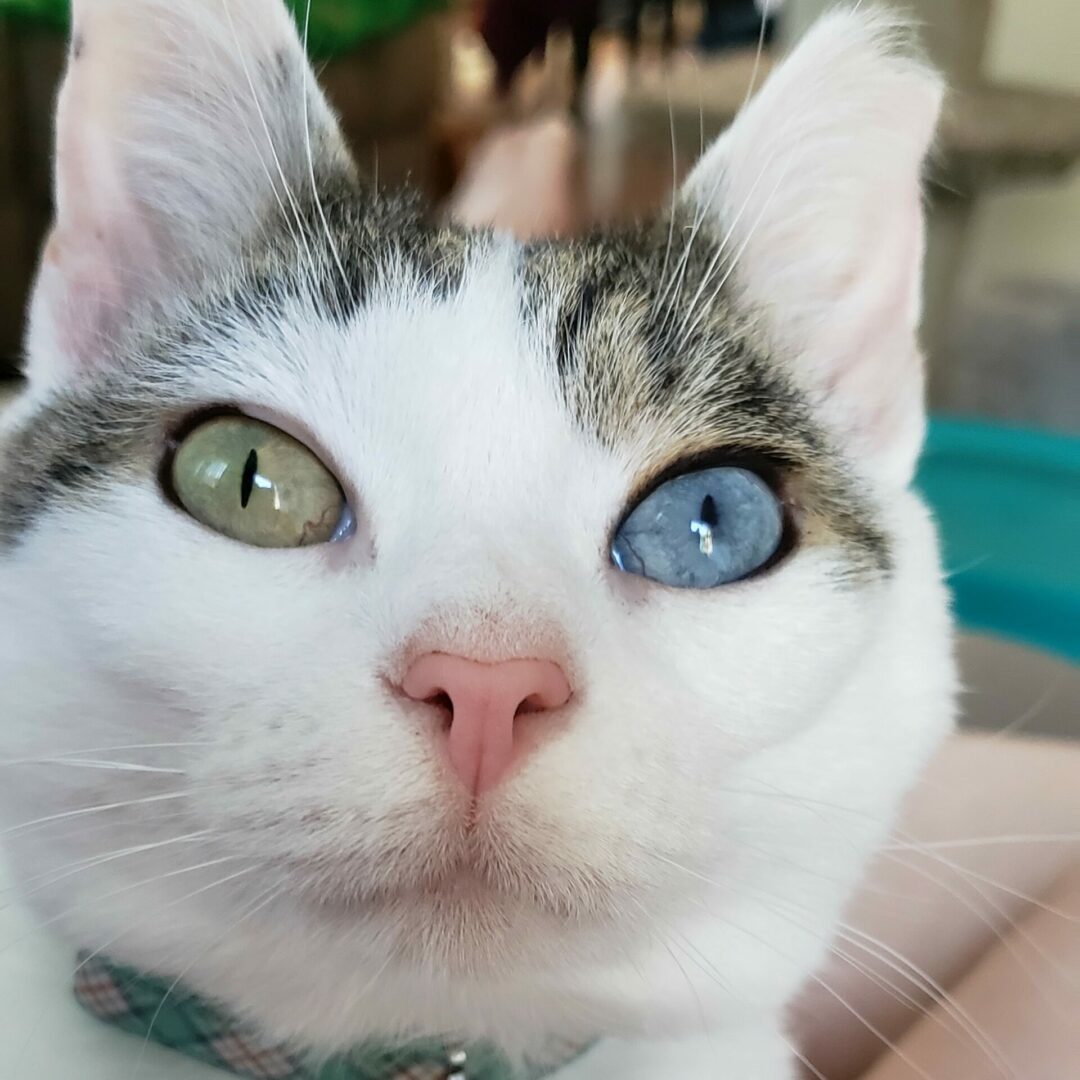 We’ve heard of cats have complete heterochromia, when one eye is a completely different color than the unaffected blue eye, but what about sectoral heterochromia? For Odd Eyed Olive, she lives with this rare condition and her peepers are just out of this world! Learn all about her here on Cattitude Daily. 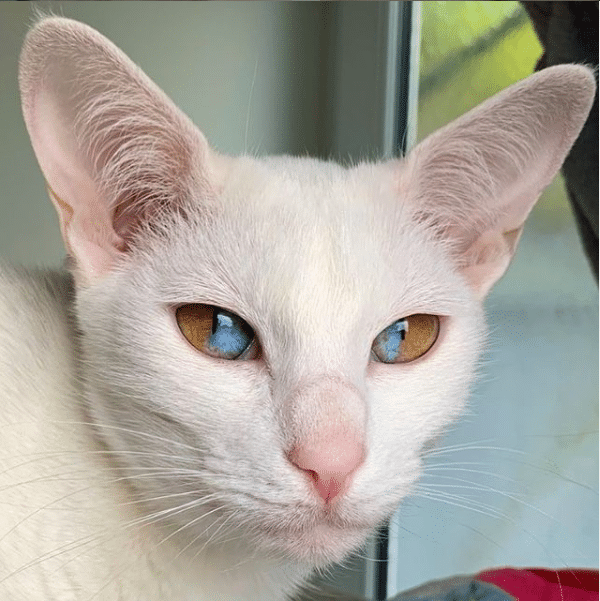