Study Shows Rescue Cats Can Be Great For Kids With Autism

While dogs usually claim the spotlight when it comes to therapy and emotional support animals for children, a new study in the Journal of Pediatric Nursing is giving credit to cats. Researchers specifically looked at how adopting a rescue cat can potentially impact children on the autism spectrum. Their findings conclude that cats can bring about a number of benefits. Modi Ramos’ son, Boston, as a baby with Mr. Purple

After talking with and observing families, researchers noted several changes that seemed to be in direct result of interacting with a family cat. First, children with autism spectrum disorder (ASD) showed “significant increases in the social skill of empathy.” When they bonded with the cat, they took a step toward understanding another living being’s emotions and feelings, something children on the autism spectrum often struggle with. With this foundation, they were then better able to apply the concept of empathy to other areas of their lives and interactions with non-feline family members.

In addition to showing empathy, children in the study also experienced a decrease in what researchers referred to as “problem behaviors.” These included hyperactivity and inattention. Spending time with the cat, even if they weren’t directly playing or interacting, helped the children stay focused and centered.

For children that suffered from separation anxiety, having a cat also seemed to help them stay calmer and more in control. When they viewed their cat as a trusted friend or family member, they were less likely to feel the extreme anxiety they usually felt when separated from a parent or otherwise important person/object. 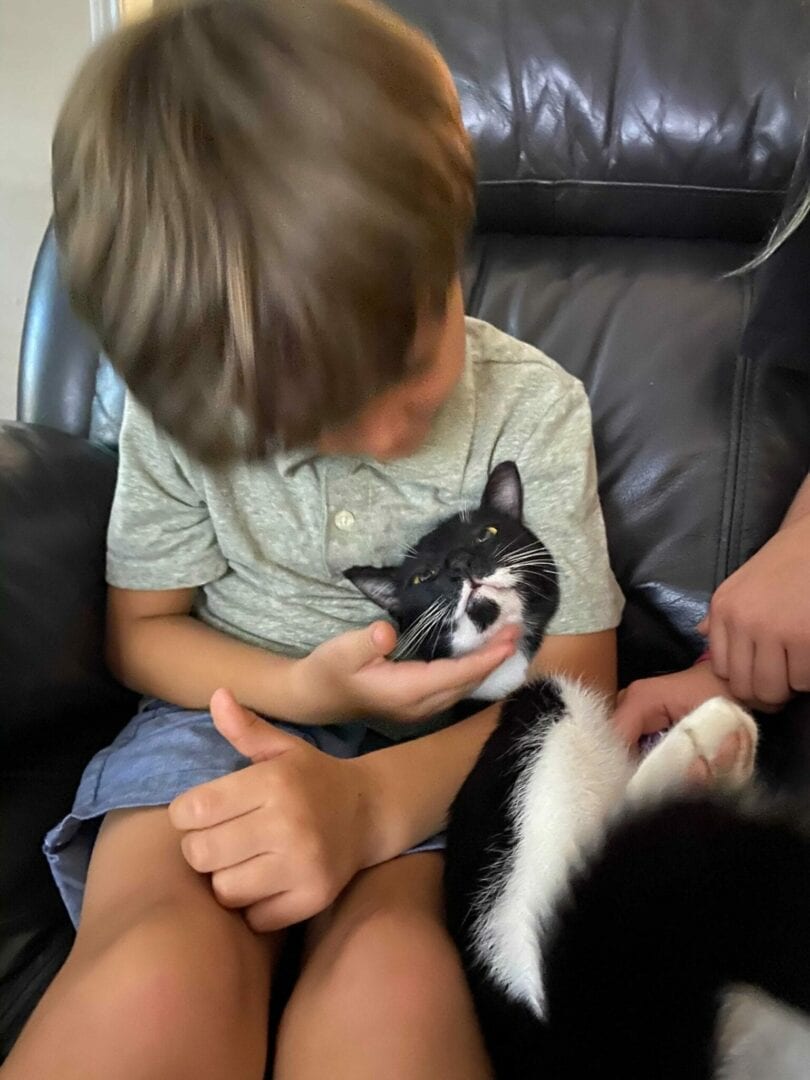 Dr. Gretchen Carlisle, research scientist at the University of Missouri Research Center for Human Animal Interaction, also noted in the study that cats can often be a better fit for families when compared to dogs. While dogs have also proven to be beneficial for children on the spectrum, they are generally more high maintenance than cats, and renters can have difficulty finding housing that allows dogs. Cats are also ideal for children with specific hypersensitivities to sounds and/or being touched. Felines bond with children just as readily as dogs and can turn into loyal and lovable friends.

While any cat has potential to bond with and benefit a child with ASD, the study’s researchers have a particular hope that their findings will help both families and cats in need of good homes. 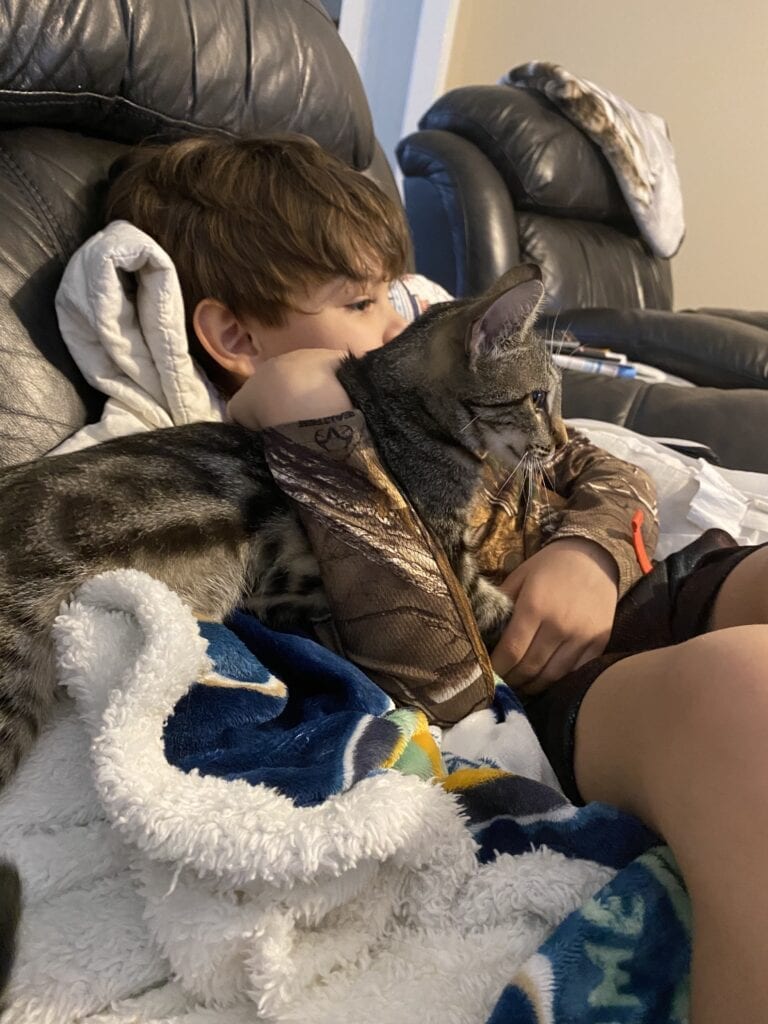 “Selecting a suitable family pet is an important decision. Families with a child with ASD now have more information and more choices, and we hope that this will also help more shelter cats find good homes.”

Adopting from a shelter is also an opportunity to show children the joys that can come from helping animals in need.

Why Do Cats Love To Perch?

Why Do Cats Meow?