Home Cats Feline 411: All About the Siberian Cat Breed
Cats

The Siberian Forest cat, also known as the Moscow semi-longhair, is a natural variety of domestic cat native to Russia. These medium to large-sized felines are a relatively recent addition to the CFA’s list of purebreds, but evidence suggests the breed has existed for several centuries. But what makes these fluffy felines so fascinating, and why’d they take so long to leave their homeland? Read on to find out. 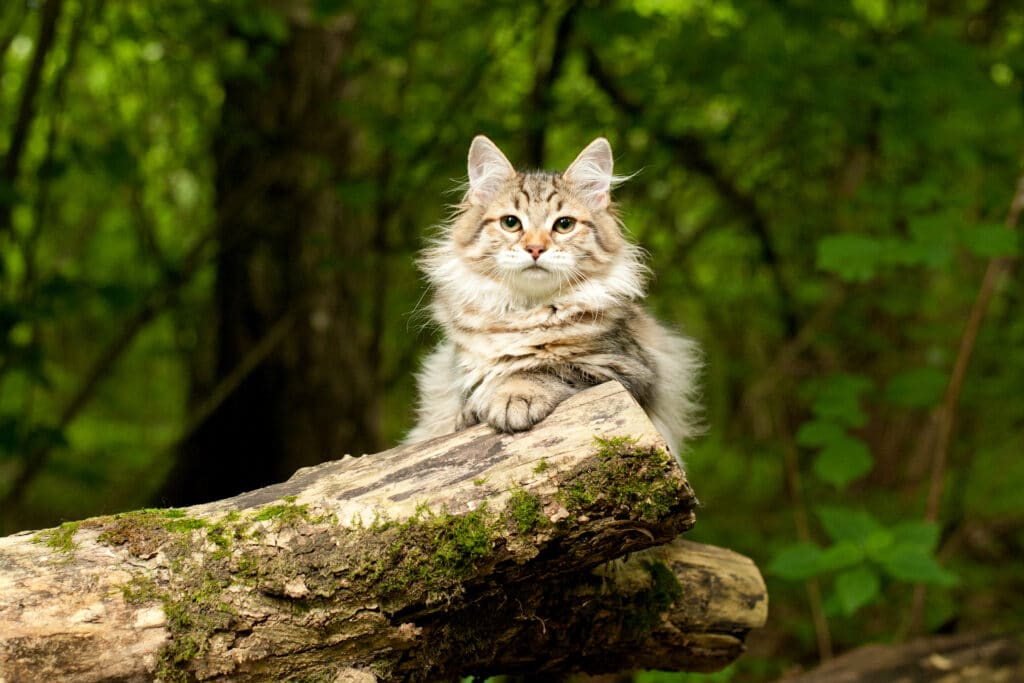 These three layers of guard hair, awn hair, and dawn hair work together to keep Siberians warm and cozy throughout the Russian winter. Their signature neck ruffs and fluffy tail also serve as makeshift face and paw warmers so they don’t get too chilly in the snow. Because of this, Siberian cats will molt at the end of winter so that they don’t overheat in the summer months. Their fur is also water-resistant, and most Siberians are more water-friendly due to this. Full ear furnishings are required for any show cat, as Siberians are known for their pointed ear tips which contrast nicely with their rounded bodies. 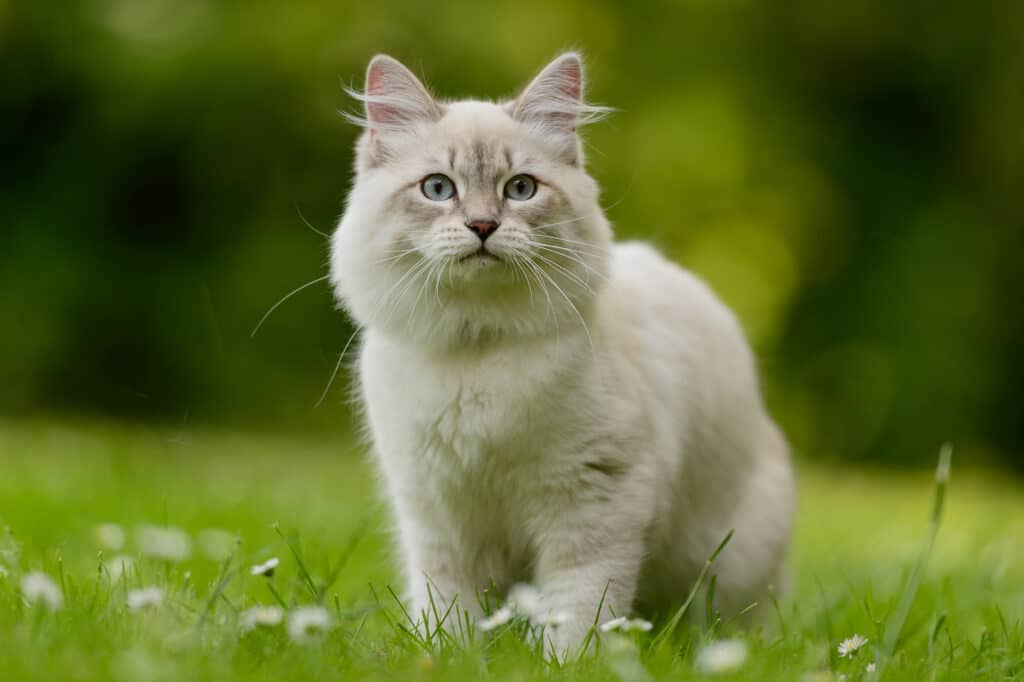 Siberians have been around for hundreds of years.

It is believed that the cats were first brought to Siberia by Russian immigrants. They developed their long coats overtime by breeding with the local cat population in order to survive the harsh climate conditions. According to Russian folklore, these cats originally weighed up to 45 pounds and were seen as protectors of their owners’ households. There is even a traditional Russian folktale, The Cat Who Became Head Forester, which chronicles the life of a Siberian cat named Kotofey Ivanovich who became the head of an entire forest after his human owner abandoned him. 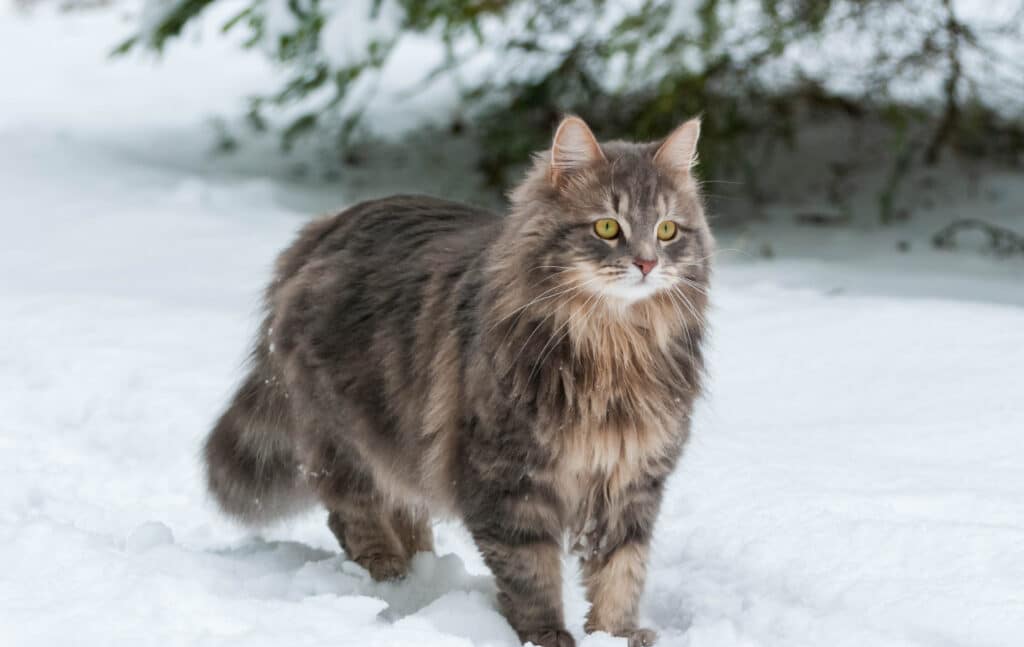 Despite its long history, The Siberian breed was only recently standardized.

This is because the former Soviet government discouraged pet ownership for fear of food shortages. However, when restrictions relaxed in 1987, cat breeders began keeping breeding records. Soon, Siberian forest cats were being exported worldwide as more and more people fell in love with the fluffy felines. The Siberian was registered by the CFA in February 2000 and would go on to achieve champion status in 2006.

Many breeders believe Siberians are hypoallergenic.

This is because it is believed Siberian cats produce less Fel d 1, the secretoglobin protein that provokes cat allergies, than other domestic cat breeds. However, further research shows that while some Siberians have much lower levels of Fel d 1 in their saliva, the vast majority of the breed produces the same amount as most domestic felines, so people with allergies are encouraged to spend time with individual felines to test their reactions before committing to adoption. Still, hypoallergenic or not, the Siberian Forest breed is a welcomed addition to the lexicon of cat fanciers. With their natural variety of coat and eye colors, as well as their naturally calm and gentle dispositions, these cats are the ideal companion for any cat lover who loves fluffy bodies and feathered tails. 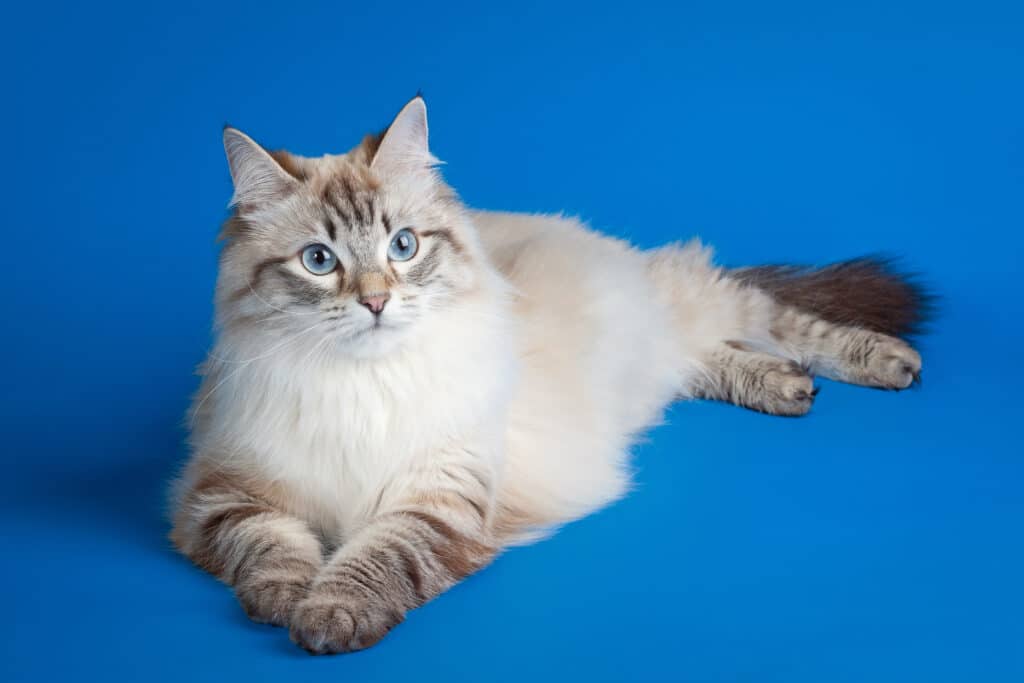 Tips To Practice Positive Reinforcement With Your Cat

Why Do Cats Go Limp When You Put Them On A Leash?