Big Cat 411: All About The Scottish Wildcat

Let’s learn a bit more about the elusive Scottish wildcat! 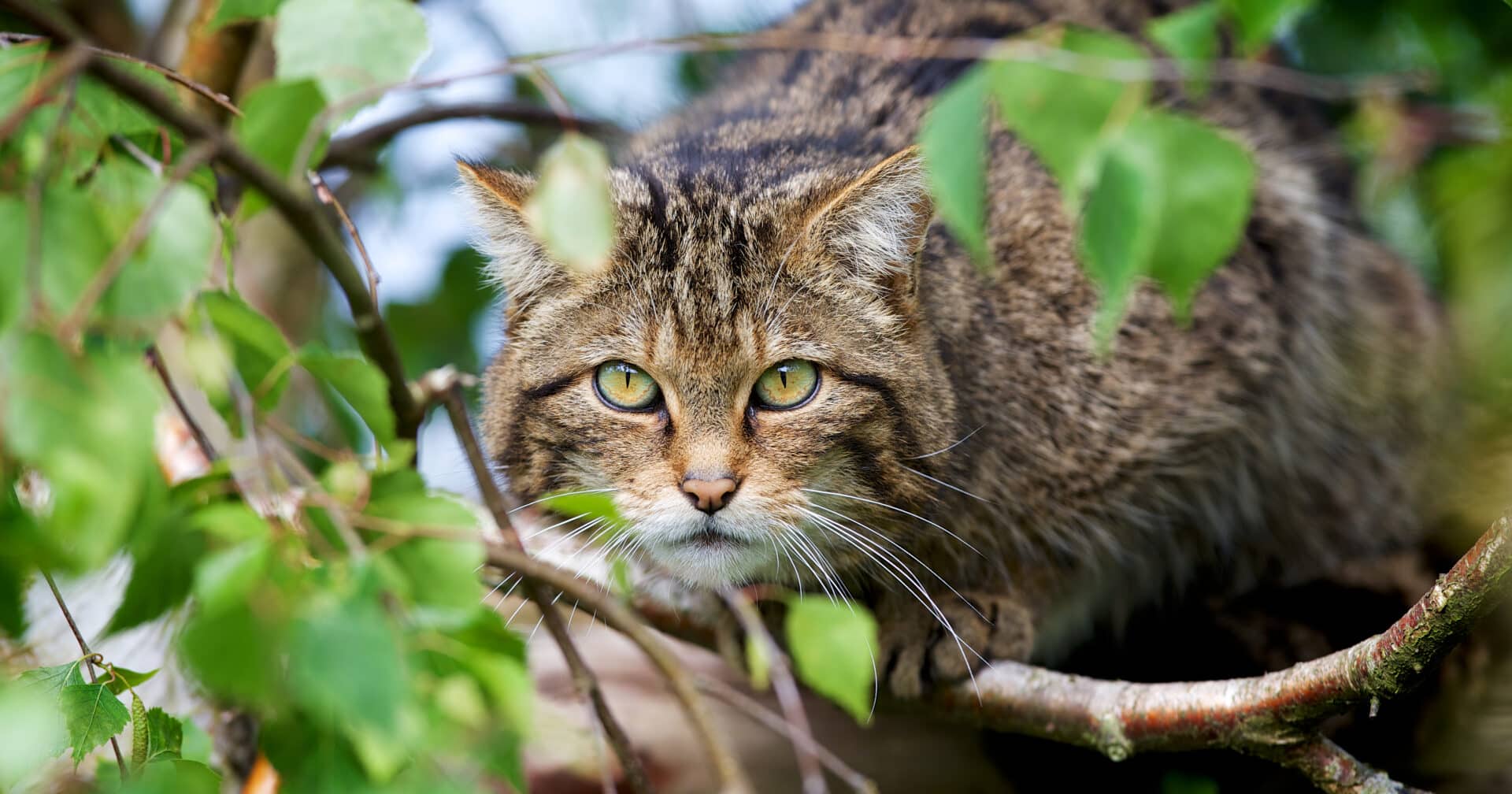 This wildcat is a direct descendant of ancient kitties

The Scottish wildcat is a descendant of the European wildcat, who arrived in the U.K. after the Last Ice Age. That was 9,000 years ago!

These ancient wildcats took over Britain, something we know as fossils of these ancient kitties were found all over the British Isles. Unfortunately, these cats were badly mistreated over the years. This declined the wildcat population, eventually isolating their population to specific areas.

By 1800, these wildcats could only be found in Northern England, Wales, and Scotland. Only 80 years later, these wildcats were only limited to Scotland, hence this kitty’s name. 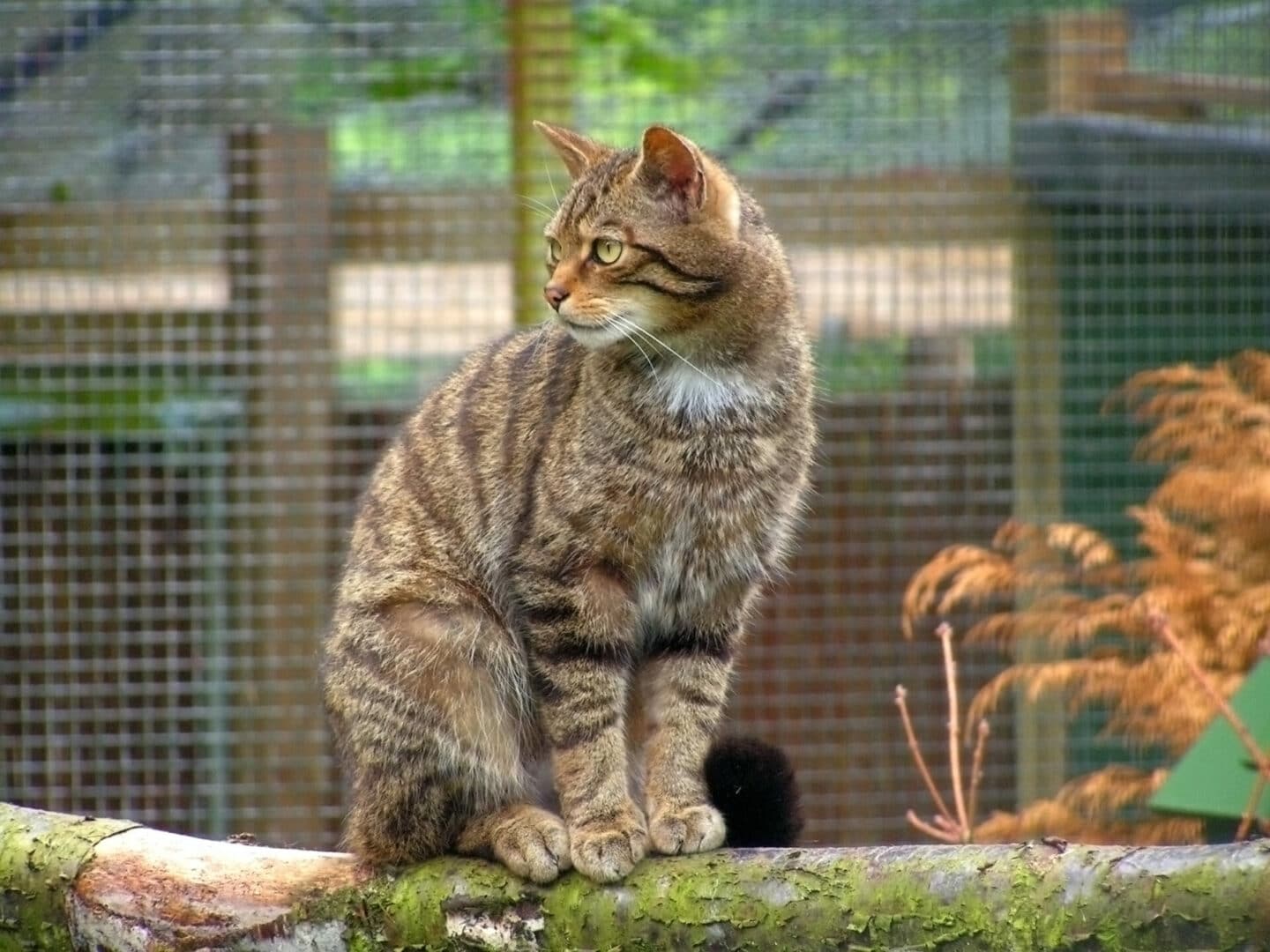 The Scottish Wildcat is the U.K.’s last native kitty

There was a time when lions and lynx roamed Great Britain. Over time, these cats were highly persecuted. Many hunted these big cats or took over their habitat, something which happened rapidly with Britain’s growing population over the centuries. Coupled with changes in climate, these big cats sadly didn’t stand a chance.

Although the Scottish wildcat does not have a large population, it is the last remaining native cat to Britain. These cats are no longer roaming all over the British isles, but they are still alive in the wild.  This means the Scottish wildcat still has a chance to continue on Britain’s wildcat legacy. 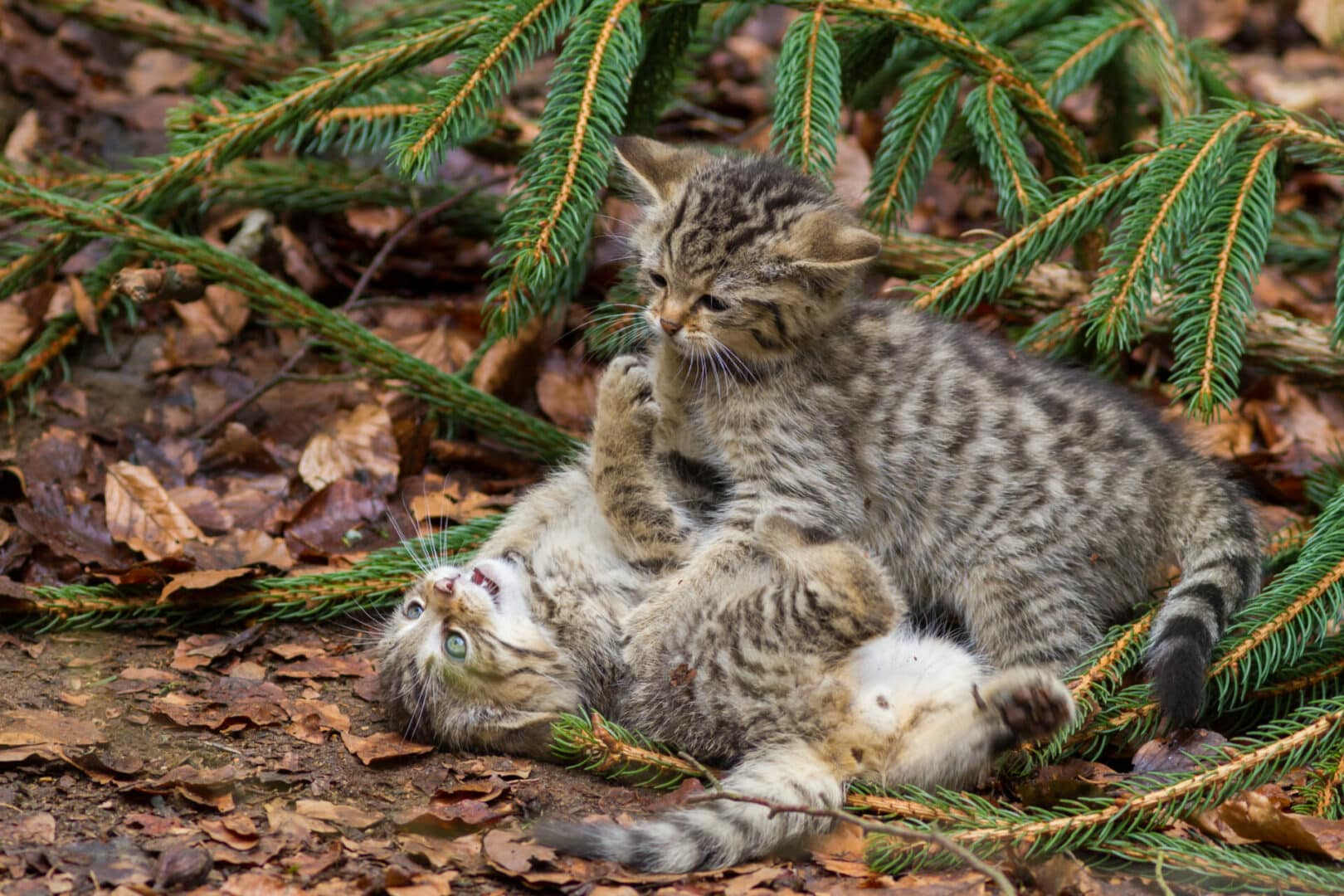 Distinguishing a Scottish wildcat from a domestic cat isn’t always easy. That’s because these wildcats have markings very similar to a tabby, with vertical lines all down their sides.

But, when you observe a Scottish wildcat, you will realize it is not a domestic cat at all. This cat has a flatter head, with ears that point out more sideways. Along with its bushy tail and larger body, this cat is clearly a breed of its own. A mature male Scottish Wildcat will weigh 8-16 lbs, with a mature female ranging only 6-10 lbs. 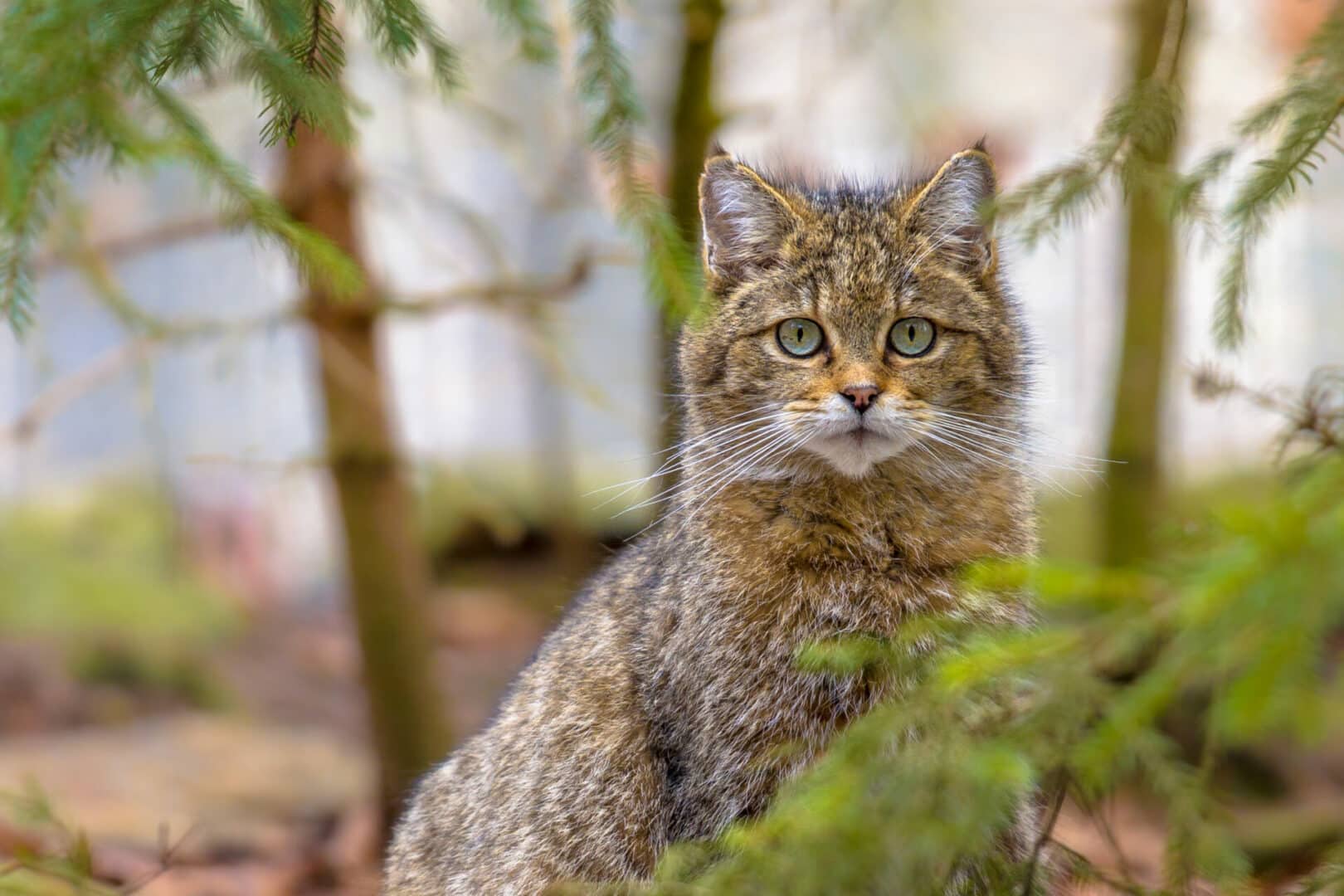 Domestic cats actually are a threat to Scottish wildcats… 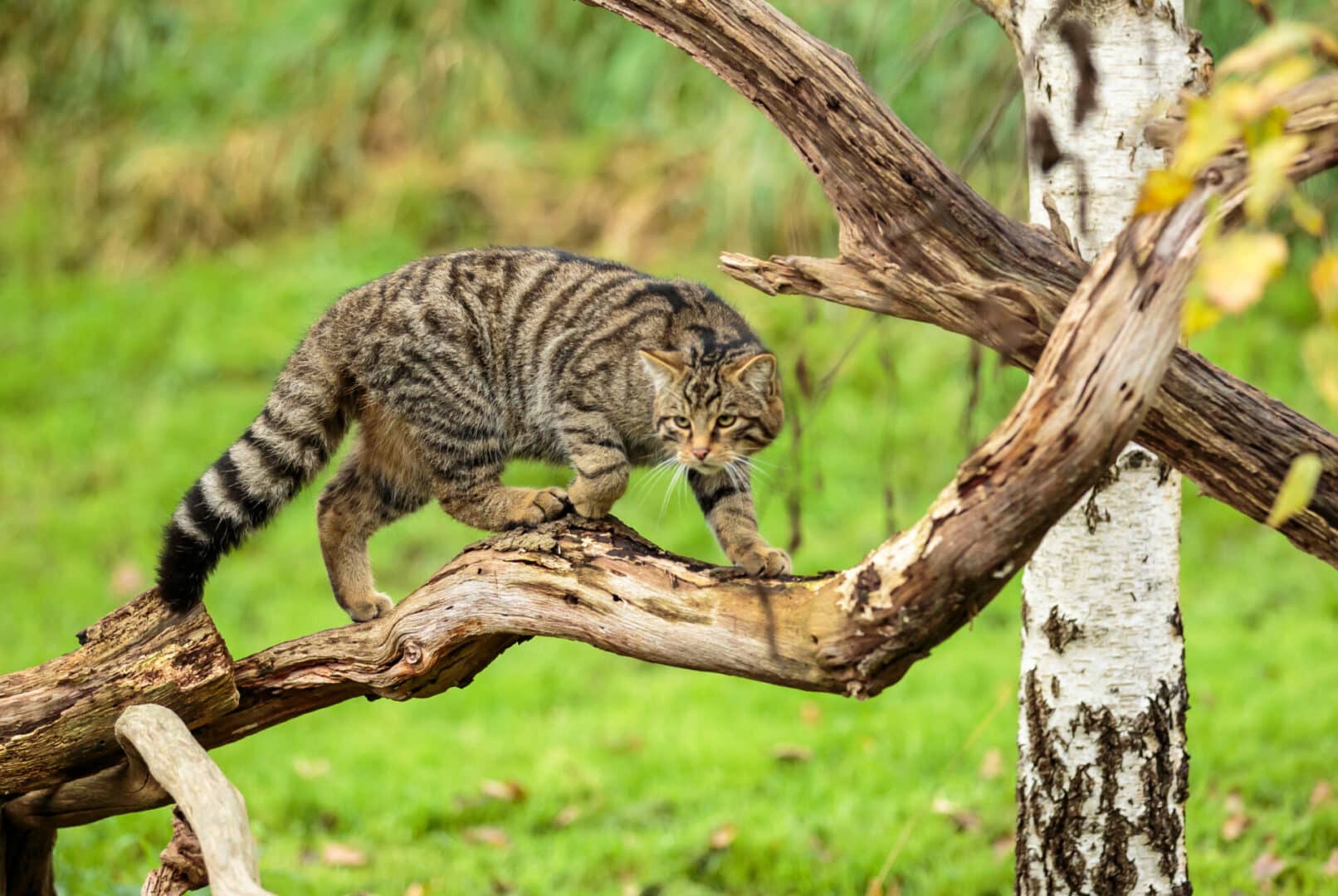 These cats have some interesting survival tricks

Living in the wild teaches you a trick or two about survival. Scottish wildcats evolved some unique skills over the years to help them maintain their nine lives.

Scottish wildcats are known to use the ‘mock charge’ when feeling threatened. After the cat has hissed at a potential predator, the cat will then move confidently towards the animal, stomping its feet as an elephant would. The purpose isn’t to attack, but to deter the predator and help the kitty escape. 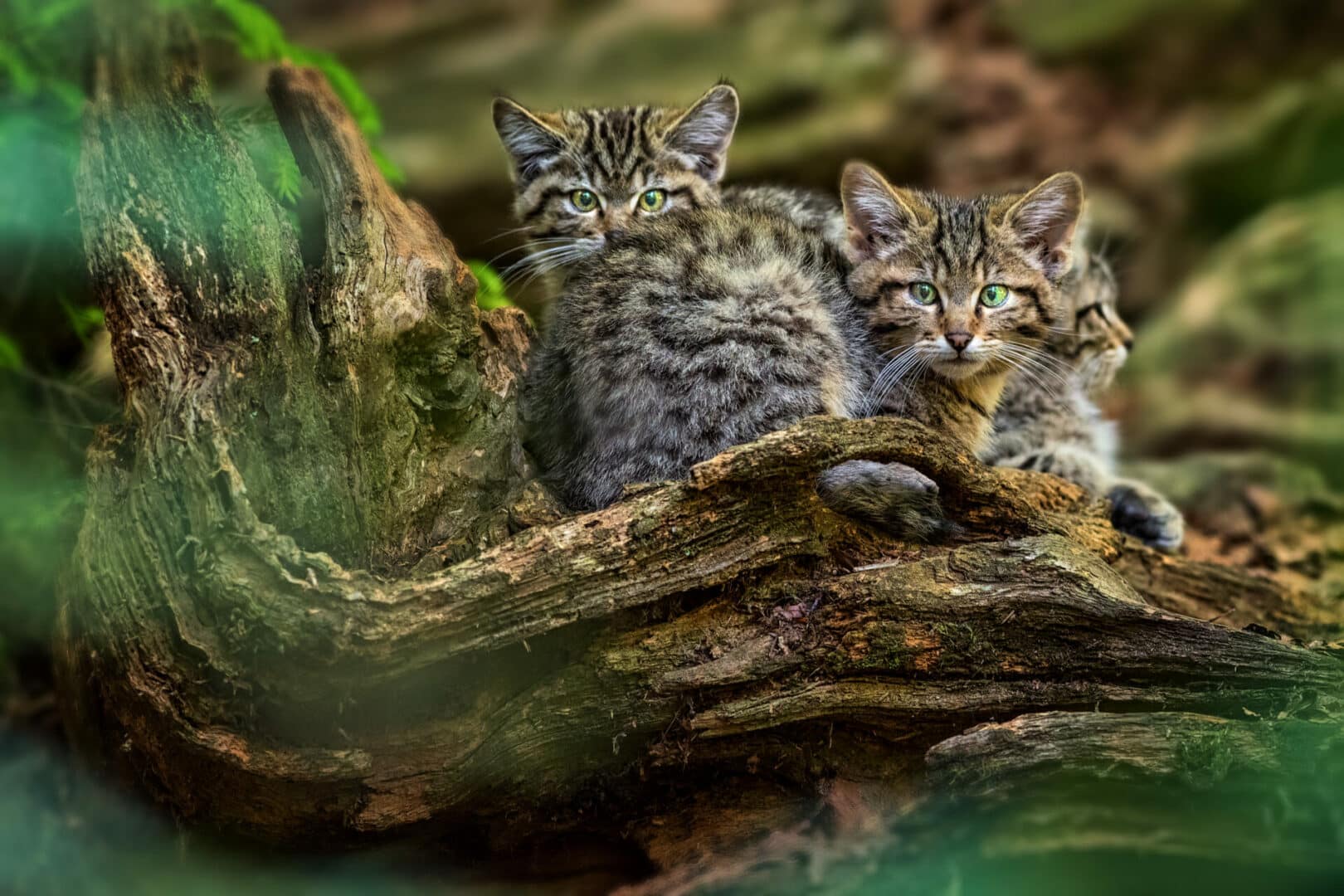 The Scottish Wildcat is critically endangered

Currently, the Scottish wildcat is considered ‘Critically Endangered’ in the United Kingdom. The amount of purebred Scottish wildcats left is hard to say, as there is so much interbreeding between domestic and wildcats.

Many conservation efforts have nearly given up on saving the Scottish wildcat population in the wild. However, many are working to strengthen the wildcat populations in captivity, with hopes of one day acclimating these cats to their native habitats.

There are a lot of factors that affect the Scottish Wildcat’s future. Controlling domestic cat populations is a very hard thing to do. With captivity seeming to be the only option, we can only hope that the population of Britain’s last native kitty grows.

The Scottish wildcat is a rare cat breed that needs protection. There aren’t many wildcats left on Earth, and the Scottish Wildcat is the only one left in Britain. By supporting conservation efforts, we can help save one historic cat breed from extinction.

We hope that you share this article to help spread awareness on the Scottish wildcat and how they need our help to escape extinction!

What Are The Different Types Of Tabby Cat Markings?