Rare Sickly Kitten Gets Abandoned, But Winds Up In Purrfect Hands

When scrolling through Reddit just the other day, I came across the story and photos of a kitten that instantly caught my eye. I hate reading stories of cats (or animals for that matter) being abandoned. And something tells me that if you’re reading this then the feeling is mutual.

I was able to connect with Sasha’s rescuer and human servant, hoping to feature her happy ending on the site. When it comes to Sasha’s story, it proves that one person’s trash is another person’s treasure.

Sasha is estimated to be approximately two months of age, and her owner tells me that she’s a Nebelung (this breed is technically a long-haired version of a Russian Blue, which is indeed quite rare.) 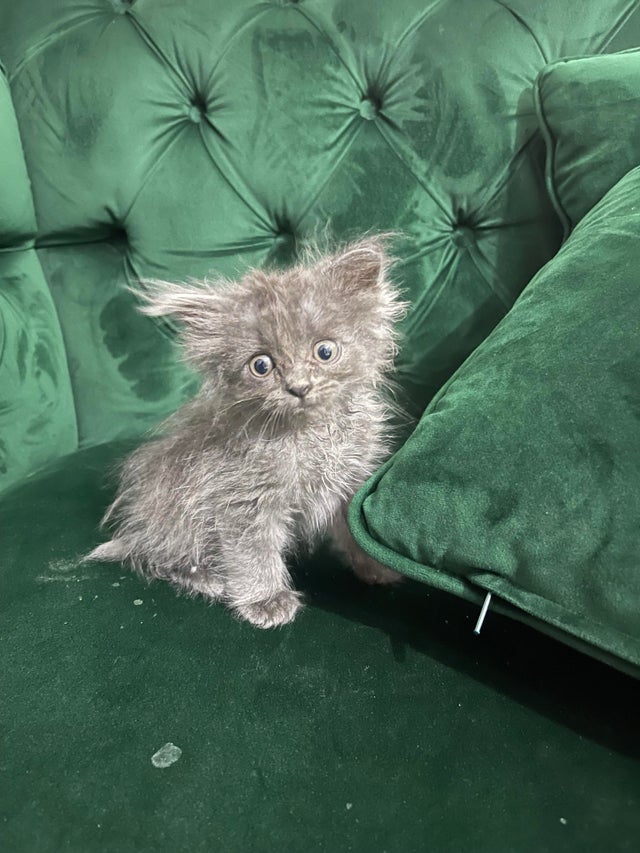 How did she come into your life?

In the beginning, my sister knew a guy who bought a Scottish fold initially from a breeder. After a week, The guy had told us that he cannot take responsibility and eventually abandoned her. My sister immediately suggested that I shall take the kitten before anything happens to the poor kitten. I feel really soft towards animals and it was my first instinct to take her in right away.

After I first brought her into my house, she had a few ticks on her ear and a possible mite infection. Her furs were dusty moreover she was grubby and soiled. Her furs were all knotted, she had rashes in some parts of her body. It was dreary to watch a kitten who needed help for survival all by herself without any assistance.

Without any delay, I took Sasha to a nearby vet and got her treated. It was difficult because the vet told me that she was very little, possibly just 3 weeks or less. I’ve decided to adopt her swiftly and put all my efforts to provide a safe and comfortable environment for Sasha. 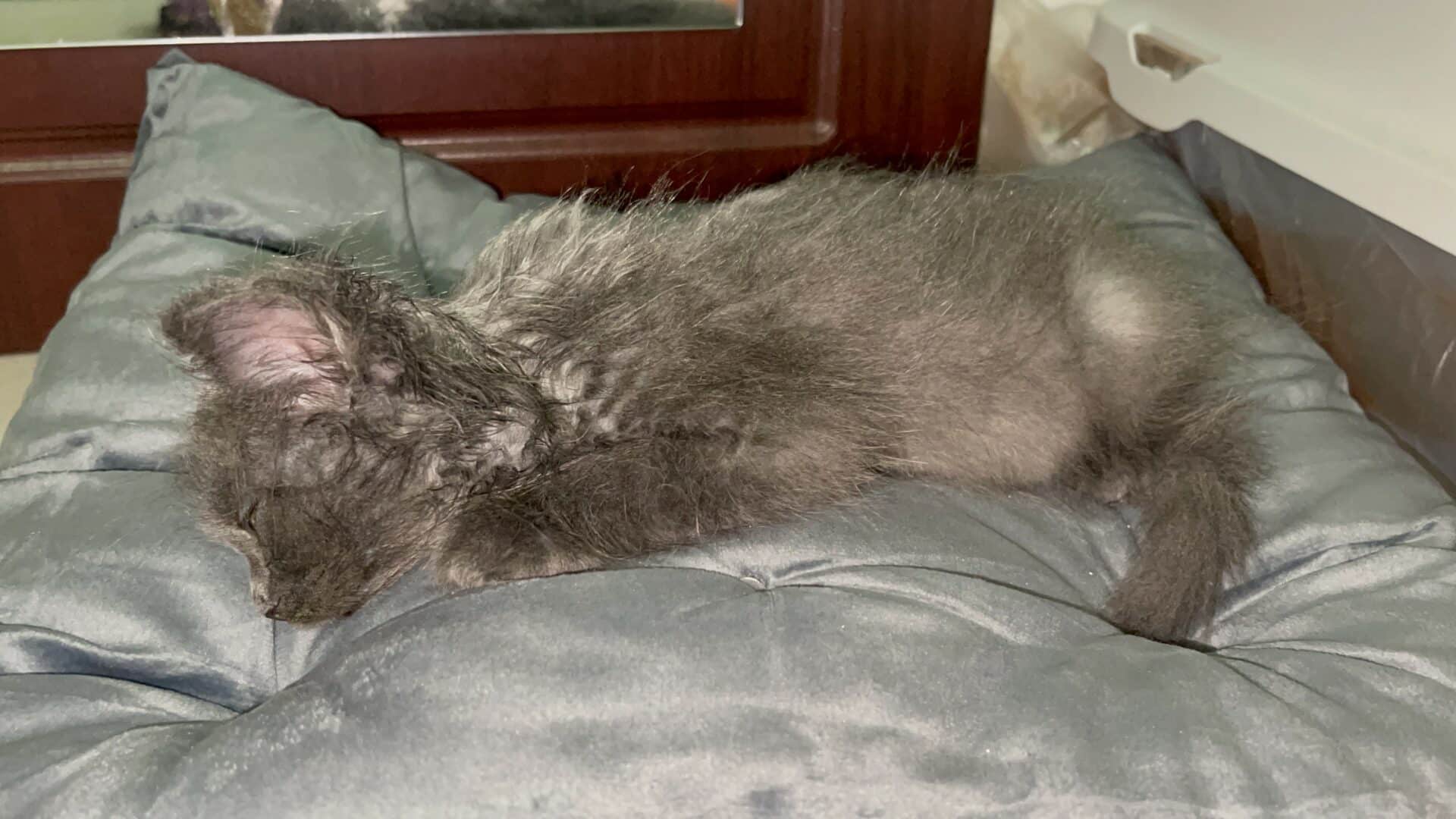 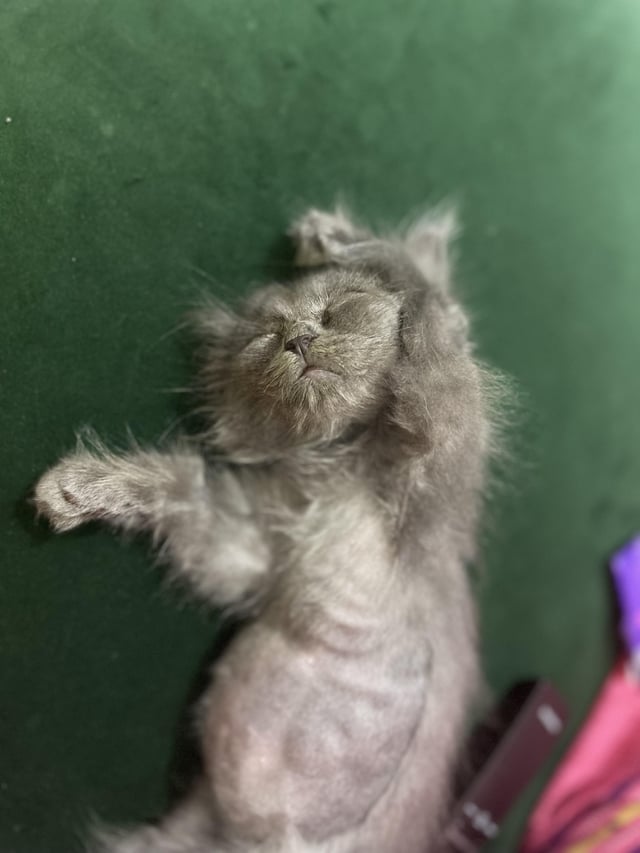 It was heartbreaking after a week when one of the vets told me that she possibly had been infected by FIP or FeLV; that she had only 2 or 3 days maximum to live. Despite suggestions for possibly euthanizing Sasha, I didn’t give up on her. I took her to different vets and got her tested.

It was devastating although I spent only a few days with her, I was really attached to Sasha.

Fortunately, I was glad when one of the vets told me that Sasha was misdiagnosed. In fact, she could live for as long as over 10 years if I took care of her properly.

And by that time, Sasha had been with me for a month. I got very attached to her. It’s like she became a part of this family and my home seemed incomplete without her. That’s when I knew she had an impact on my life since day 1. 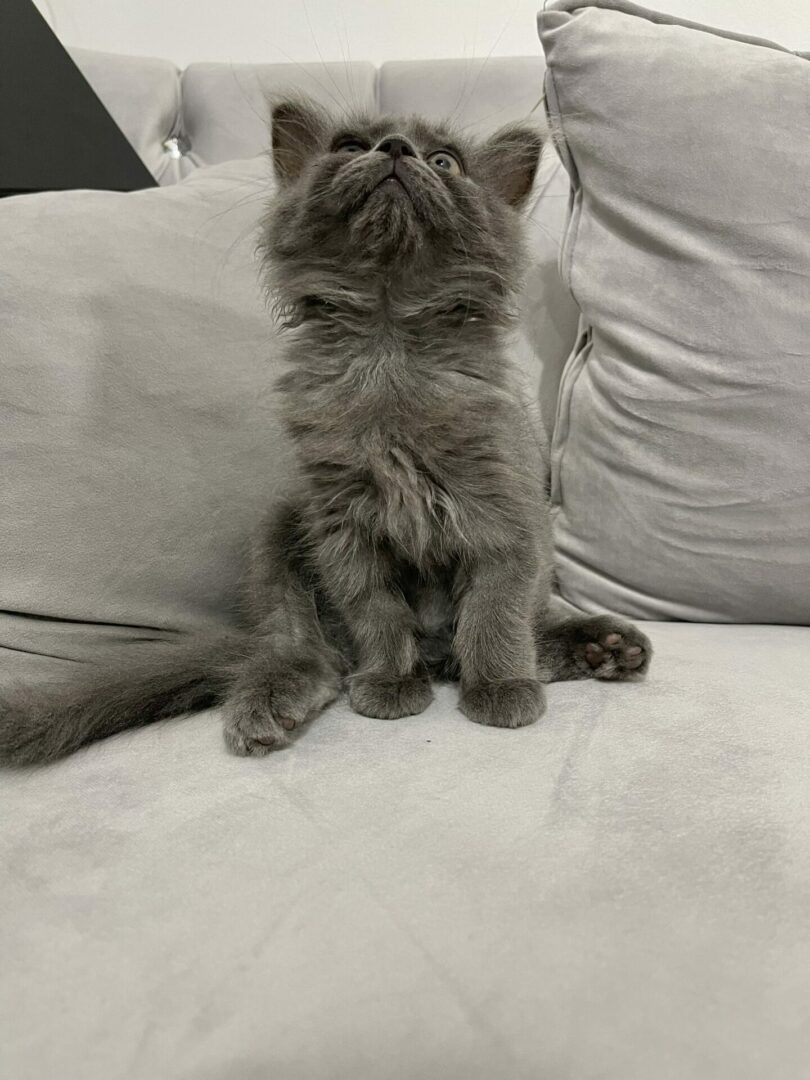 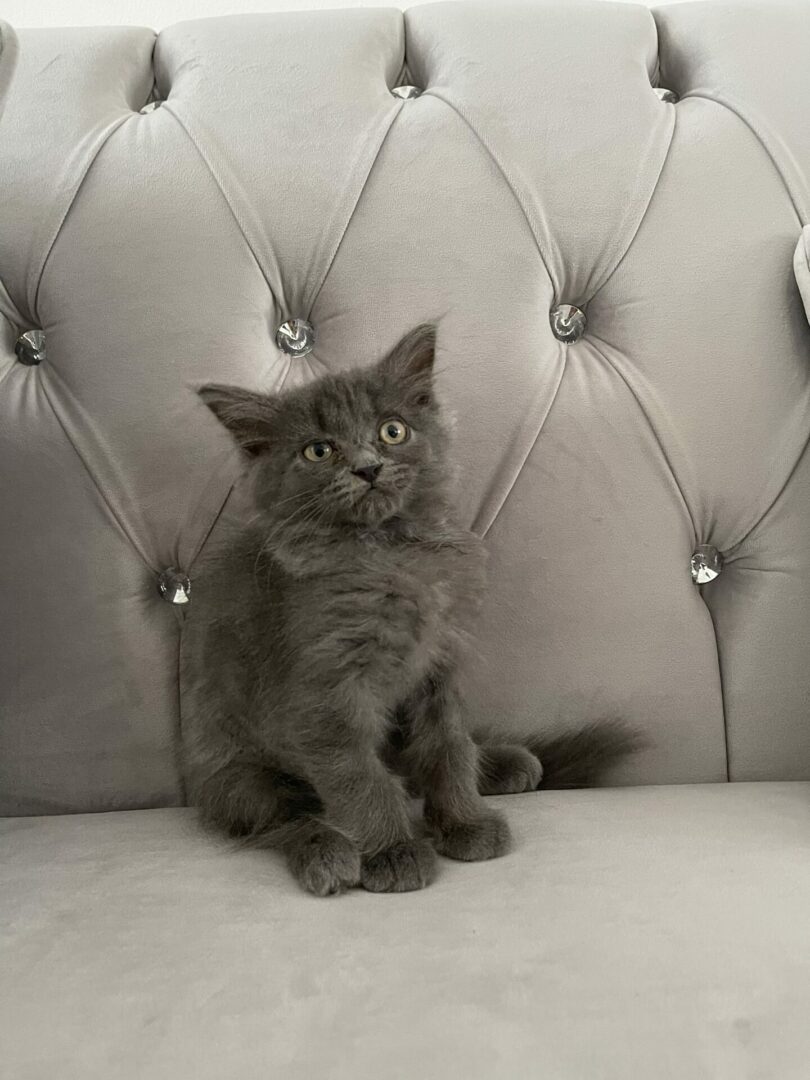 Where are you two located?

What’s something special you’d like people to know about your kitty?

I think people are mostly curious about cat breeds. I was always told that Sasha was a Scottish fold, a Persian mix, or a British Shorthair. But honestly, it didn’t matter to me what breed she was. I only worried about her health and just recently I came to know that Sasha was actually a Nebelung. Know your pet’s breed only to learn more about their characteristics, growth, and how you can give them comfort.

Since she was my first indoor pet, I was constantly anxious to leave her alone or unsupervised. In my opinion, as long as you spend quality time and take responsibility for your pet like they’re your own children, keeping them healthy and happy, you can be rest-assured. To all the pet owners, you’re doing an amazing job as the chosen one. Lots of love, I wish your pet a prosperous healthy life. 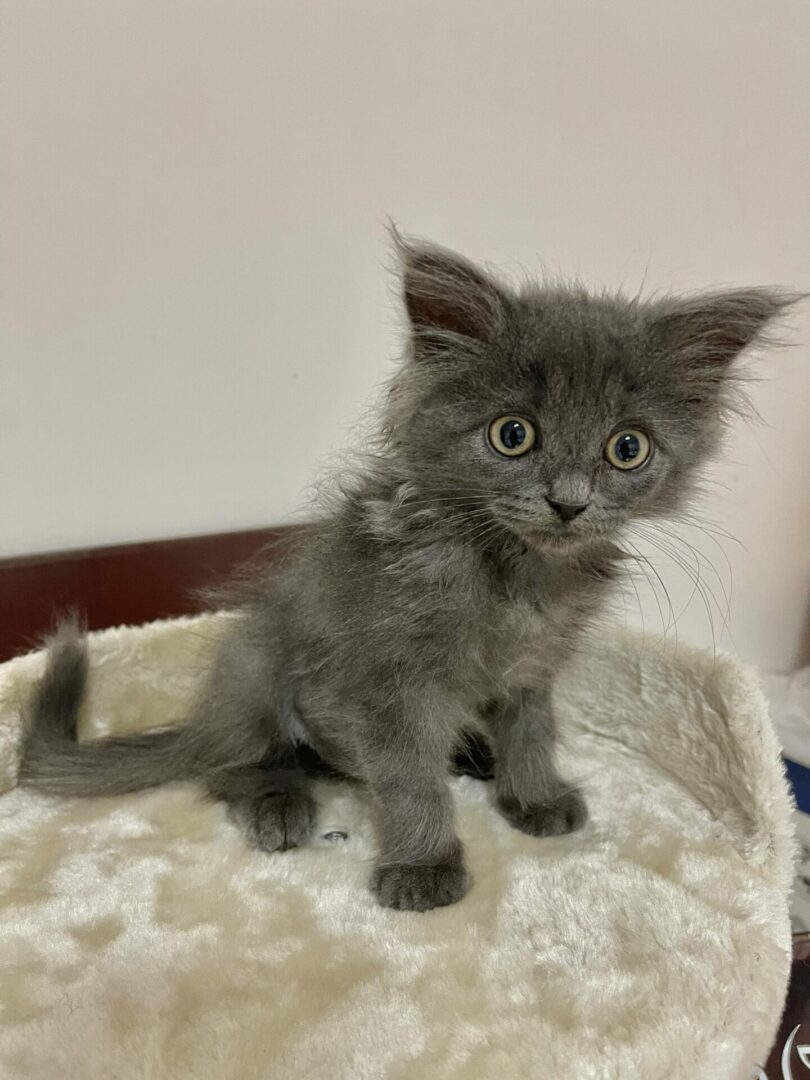 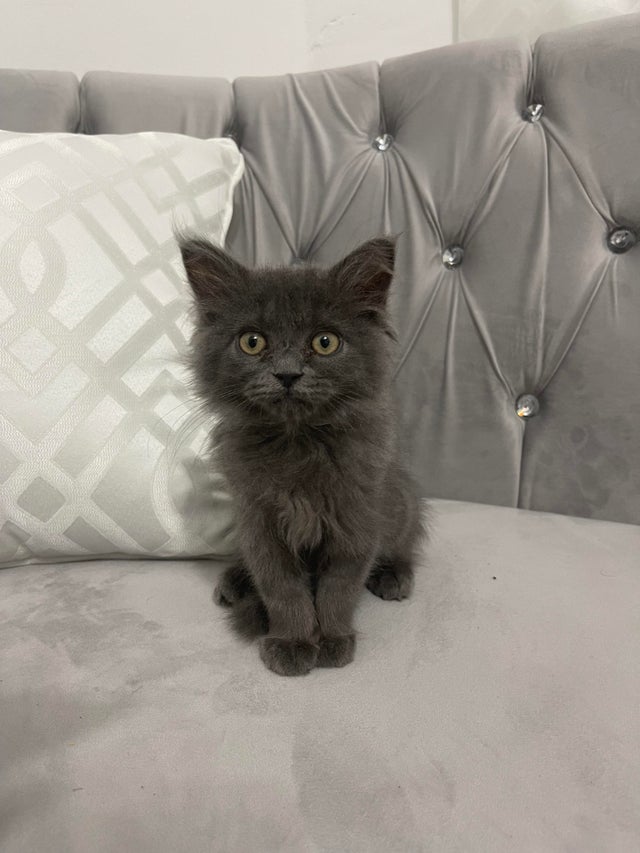 I’d like to give a special “thank you” to Sasha’s rescuer for allowing me to share her story, and for also taking a chance on this sweet little kitty cat. It’s clear that the two of them were meant to be together.

Meet MoeGray: A Fluffy Rescue Kitty With A Purrsonality As Big As Him