If you were to win the lottery, what’s the first thing you would buy your cat? Okay, okay, cats, because we know that none of us has just one! For me, I’d buy my cats a really badass cat tree. But for Andrew and Paula Hancock out of the UK, they will likely be buying their ginger tabby, Shortcakes, a whole lot more than cat trees! Reason being? Well, if not for him, they wouldn’t be lottery winners!

“If it wasn’t for Shortcake, we wouldn’t be millionaires,” — Andrew Hancock

And that is very true, because the whole reason for his outing was to fetch shortcake some cat food from the corner store as he and his wife had recently left the supermarket and forgotten to pick some up for sweet Shortcake.

Check out this adorable video where the Hancock’s tell BBC reporters about their purrfect payday!

Shortcake—AKA Shorty—as he and his wife lovingly call him, is their family cat of six years. And what’s even funnier is that Andrew forgot the cat food once more, but in this case, it seems that he had a purrfect exception—pure excitement!

“So I thought, ‘I’ll get straight home and go out for the cat food and get that later on.’ Which we didn’t, so he had ham…He was quite happy with that.” 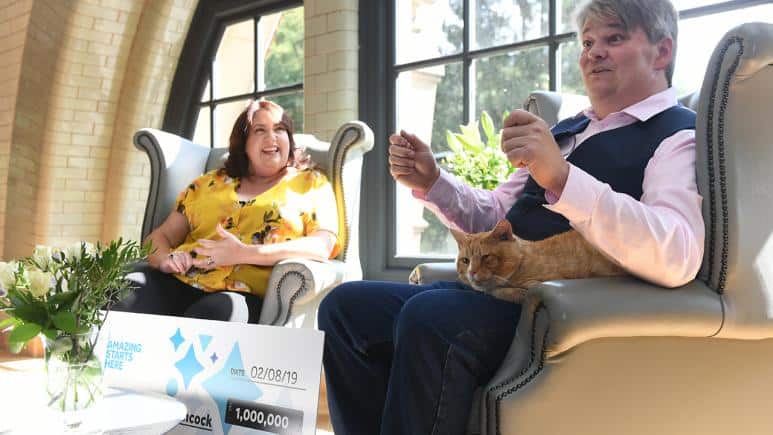 Image Courtesy of Inside Edition

BBC News inquired about Shortcake, to see if there was anything particular they should know about this honorary feline. His pet parents claimed that he’s “just a normal cat,” but that he does “like and fight” and is keen to “keep everybody up at night.” Thankfully their patience and understanding of the feline mind paid off, and we’re sure those nights spent awake were certainly worth it! 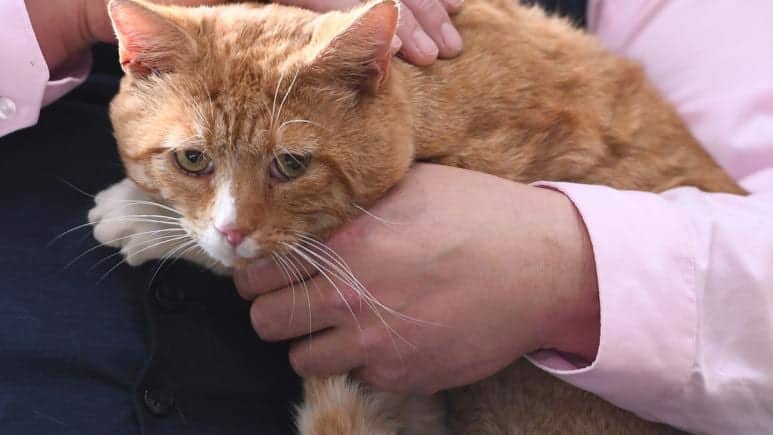 As for their plans with their winnings? They’ve purchased a phone for their twelve-year-old son, Xavier, and intend to book an extended vacation to Australia. We’re sure that lucky Shortcake will be in the best of hands while they’re away!. Only the finest cat hotel for a cat that wins the lottery!

Does Your Cat Like To Sploot? Find Out About The Feline Froggy Sit Here