You can’t talk about new cat breeds without mentioning the Nebelung. This pedigree cat breed is very lovable for many reasons. And, we’re diving into them all.

Let’s discover all the facts about Nebelung cats! 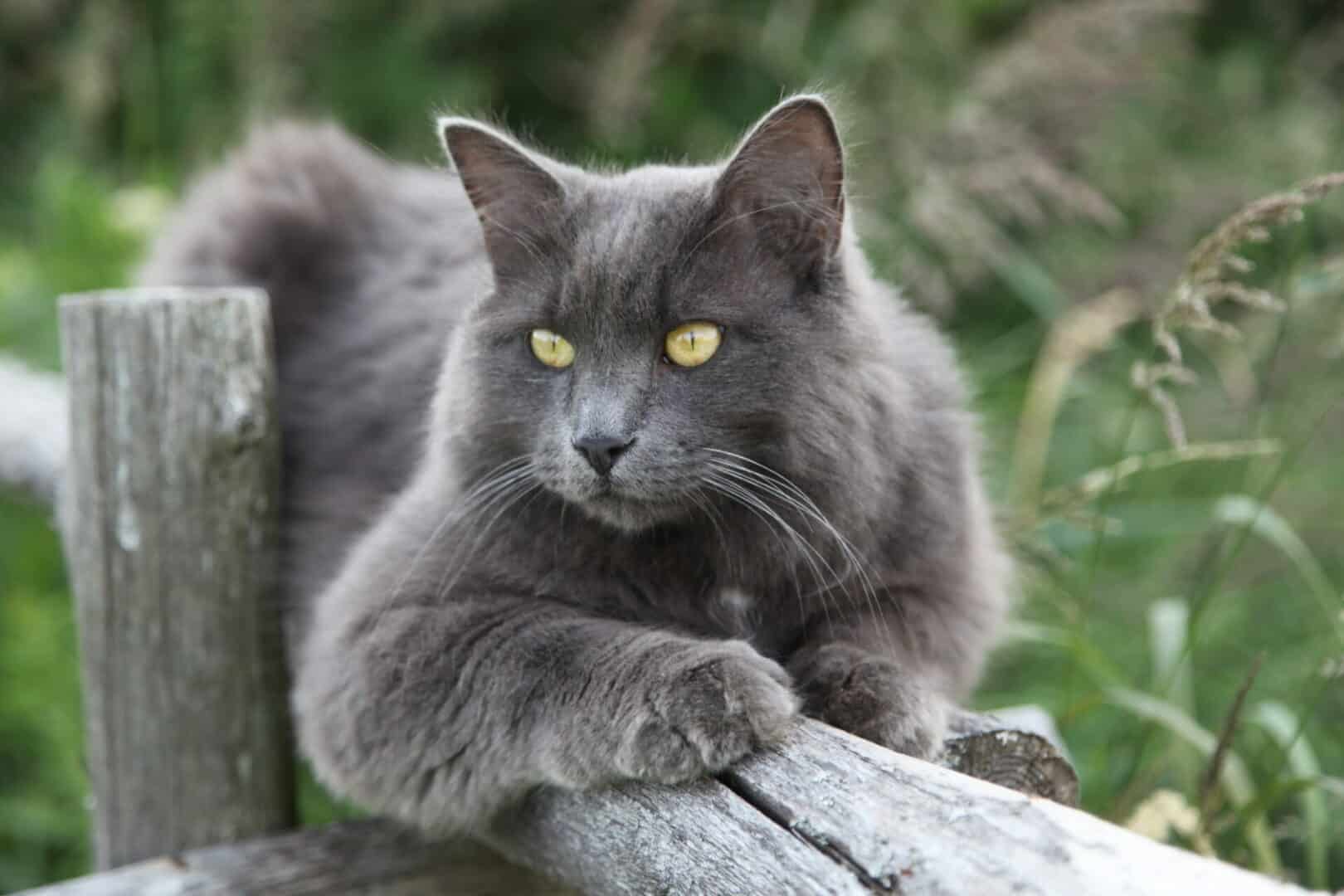 The Nebelung cat has a super cool name

The name of this cat may sound a little strange. Don’t judge a book by its cover, though. Nebelung means ‘creature of the mist’ in German. That’s pretty cool, right? It must have something to do with this cat’s beautiful blue-grey coat…

This cat is probably younger than your parents

This breed began in Denver, Colorado, somewhere around the early 1980s. A woman named Cora Cobb bred two cats, whose origins are still a bit of a mystery. Many believe it was a stray black short-haired cat and a Russian Blue cat. These kitties together had two litters. Cobb couldn’t help but notice that one kitty in each litter had stunning and silky blue-grey fur. So, she kept both cats, naming one Siegfried and the other Brunhilde, both names of characters from the German play ‘The Ring of Nibelung.’ Now, you see where the name comes from!

Cobb didn’t stop there. She continued to breed the cats, despite the resistance of many Russian Blue breeders. Because of Cobb, the Nebelung breed was recognized by The International Cat Association in 1987. 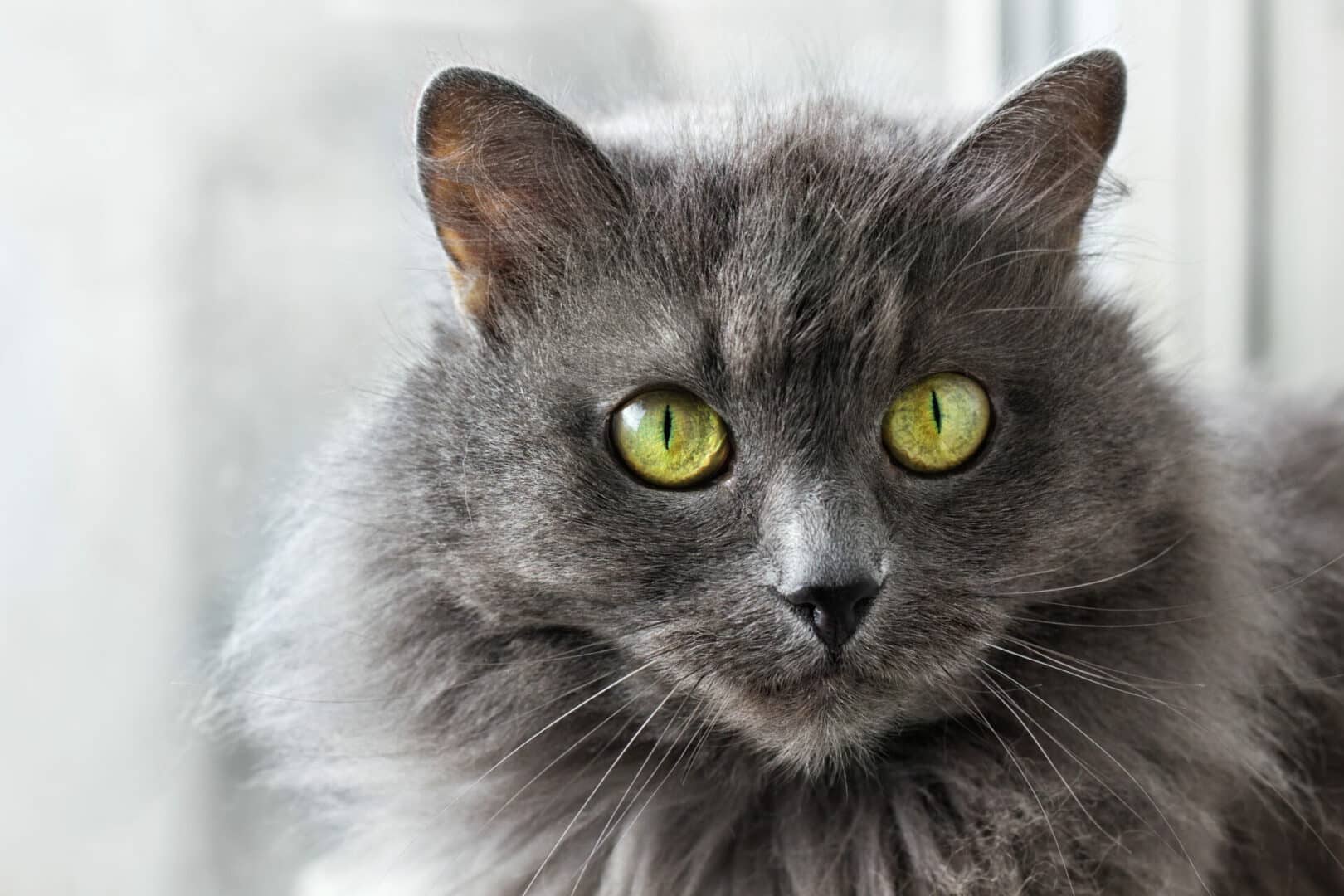 There is no doubt that the Nebelung has a show-stopping coat. It is a thick and full double-coat that is silky and soft to touch. Not to mention its unique blue-grey color that is just too pretty to ignore.

Of course, like most beautiful things, a Nebelung’s coat requires maintenance. It is a double coat, which is pretty dense and can get matted rather quickly. So, it is very important that you brush a Nebelung on a weekly basis. This will ensure your kitty’s coat not only looks fantastic – it will also help you and your cat avoid unwanted, painful knots.

A little fun fact about the Nebelung’s coat – it takes two full years for it to completely grow in!

The Nebelung is a natural apartment dweller

This cat breed is very chill. Nebelungs do love attention, but they don’t really need it. They’d much rather do their own thing, and play whenever you are around. This, combined with this cat’s love of lounging, makes the Nebelung the perfect indoor cat. 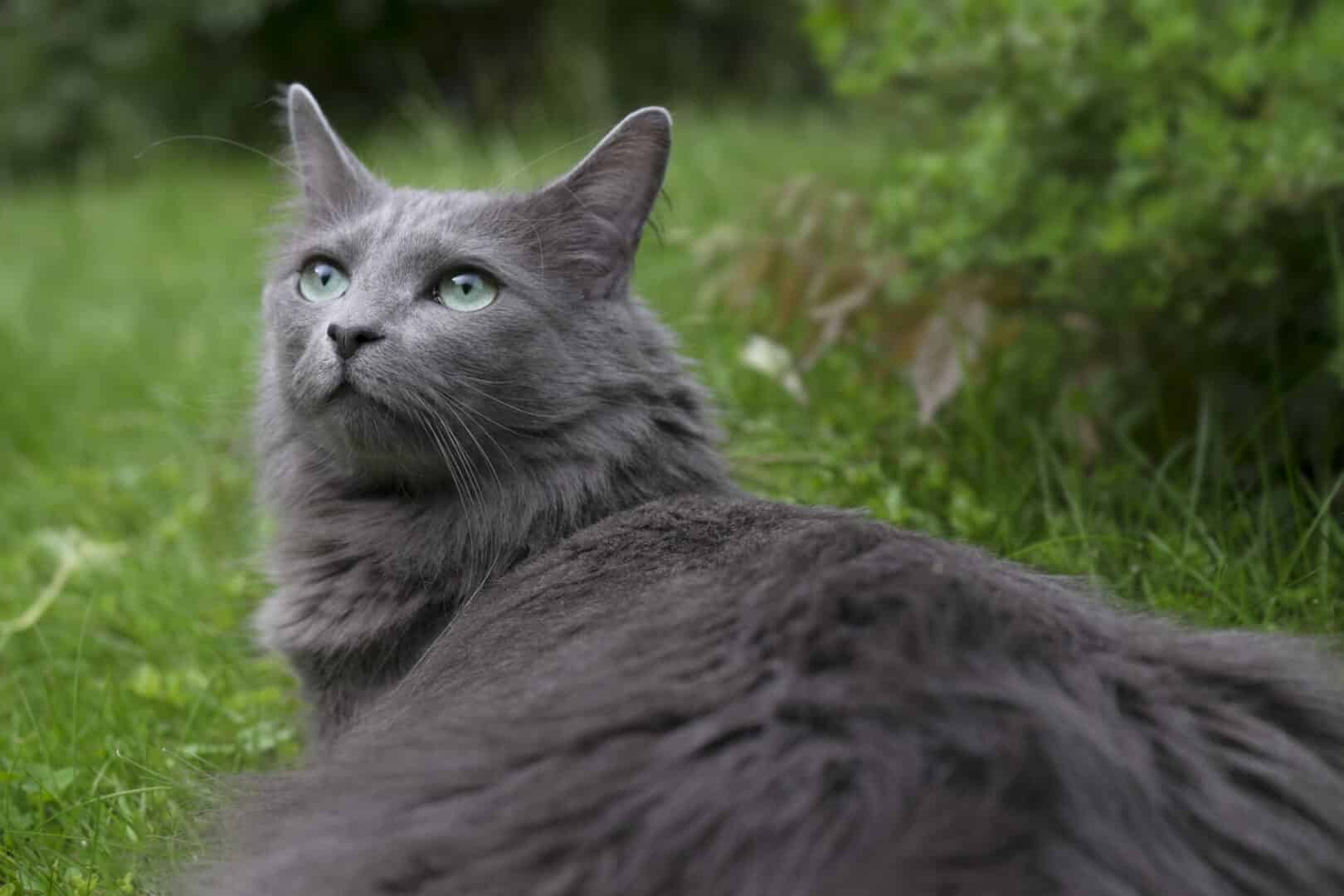 But, that doesn’t mean these cats don’t love to play!

What makes Nebelungs such awesome cats are their versatility. For the most part, these cats are sweet, chill, and march to the beat of their own drum. Yet, Nebelungs do love their toys. It’s important to always keep toys around so that your Nebelung can have a little fun. You don’t always have to be there to play with them – Nebelungs can occupy themselves easily. But, these kitties won’t mind if you decide to join in, especially if you are their special person.

Nebelungs love their families, and that’s it

What is super funny about this cat breed is their loyalty to their humans. Nebelungs prefer to have one or two humans that they trust with all their needs. (Russian Blue cats are the same way!)

The Nebelung is a very chill cat that doesn’t seem to give much attention to new folks around. This cat will be happy to just have its family around, and that’s it.

So, if your friend comes over and wants to catch your Nebelung’s attention, don’t be surprised if your cat doesn’t find your friend interesting at all. Nebelungs are friendly, don’t get us wrong. They just would much rather be alone than have to introduce another new person into their lives. That isn’t too hard to relate to… 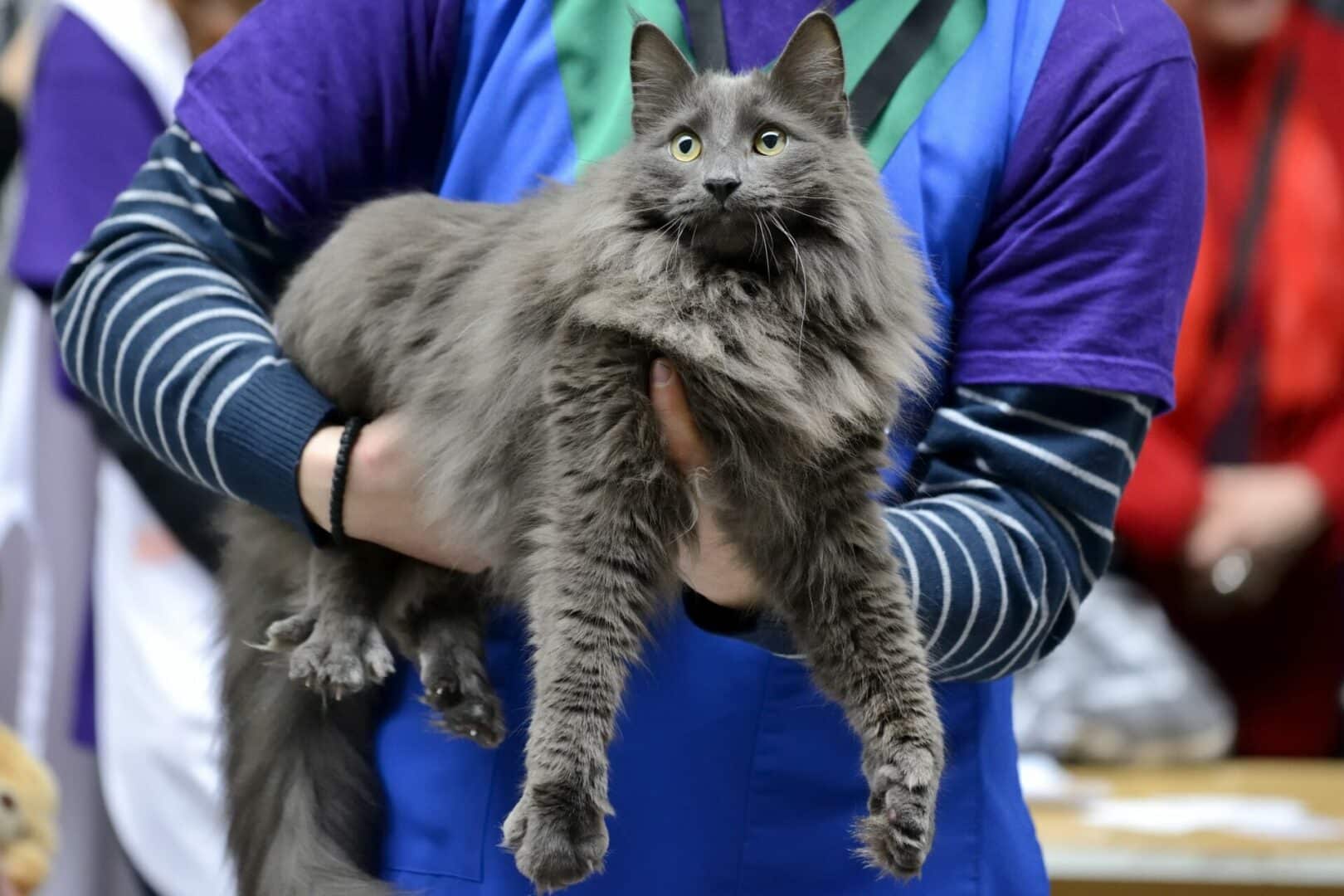 These are also very healthy kitties

As expected, these cats are susceptible to the usual cat medical issues. When it comes to genetic issues, it takes time for these to occur in cat breeds. The Nebelung cat is a very new breed, so it has yet to develop any known genetic problems. Yup this means that Nebelungs can really live a long time, even up to 20 years.

The Nebelung is a very new pedigree cat with a charming personality and stunning looks. We’d love to hear all the facts and stories about Nebelungs if you or anyone you know has one at home!