A family in Rochester, WA is still in shock after their missing cat was found 2,500 miles away on the opposite side of the continent. The cat in question, named Panda, left his Washington home one morning, and he ended up in a Home Depot in Alaska less than two weeks later. It’s being called one of the craziest lost and found stories people have ever heard. It’s amazing that Panda not only survived his journey, but he was also found and reunited with the right family. 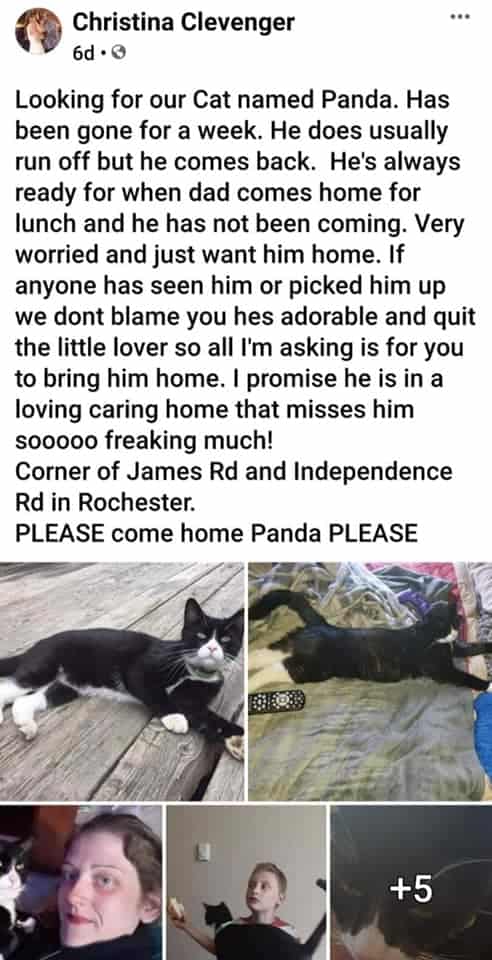 Josh and Christina Clevenger said Panda often wandered away from home, but he always came back in time for meals. But when the adventurous feline missed both lunch and dinner, his family started to worry. Christina posted to Facebook hoping to spread the word about her missing cat. She enlisted help from different groups and communities, but days passed with no good news.

It was over a week later when a Home Depot employee in Alaska made a Facebook post of their own. They posted on a King County animal lost and found page about a black and white cat that was randomly found in the back of a delivery truck. With incredibly good luck and timing, Christina’s aunt just happened to see that post and was amazed at how much the cat looked like Panda. 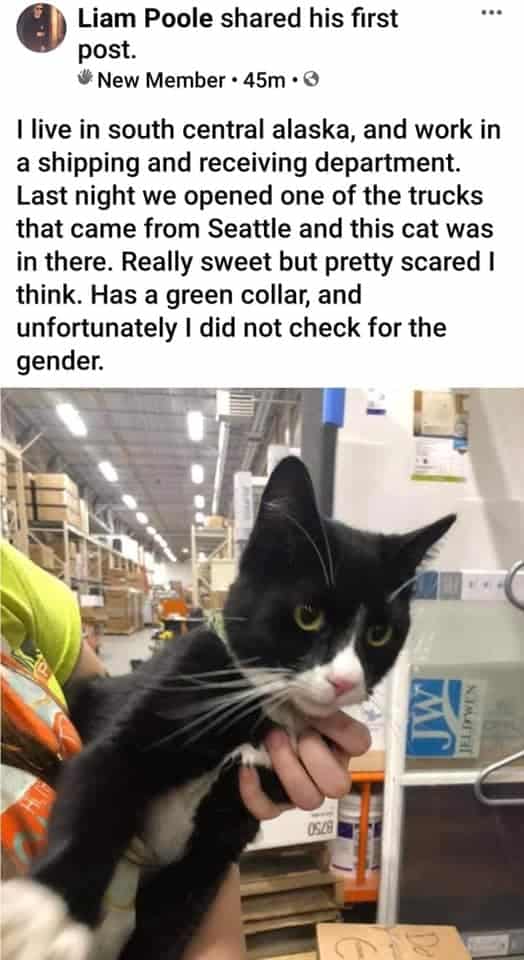 After some investigating, and despite all odds, it was eventually determined that the stowaway cat in Alaska was in fact the missing Panda from Washington Panda didn’t have a microchip, but Josh and Christina identified their missing cat thanks to his unique markings and collar. They were completely shocked that Panda was in Alaska, but there were also thrilled that he was found safe.

While no one can know for sure what happened to Panda during the days he was missing, the running theory is that the curious cat entered a freight container near his home in Rochester and was locked inside. That container was then put on a barge to Alaska, and then it was trucked to a Home Depot in Kenai. By the time the employee opened the truck and found him, Panda had most likely gone 9 days with no food or water.

Finding Panda across the continent was the first step, but Josh and Christina still needed to get their cat home. They got help from a nonprofit group called United Angels. The organization set up a fundraiser to help pay for Panda’s trip home, and the kind people in Alaska coordinated details to make the reunion happen. 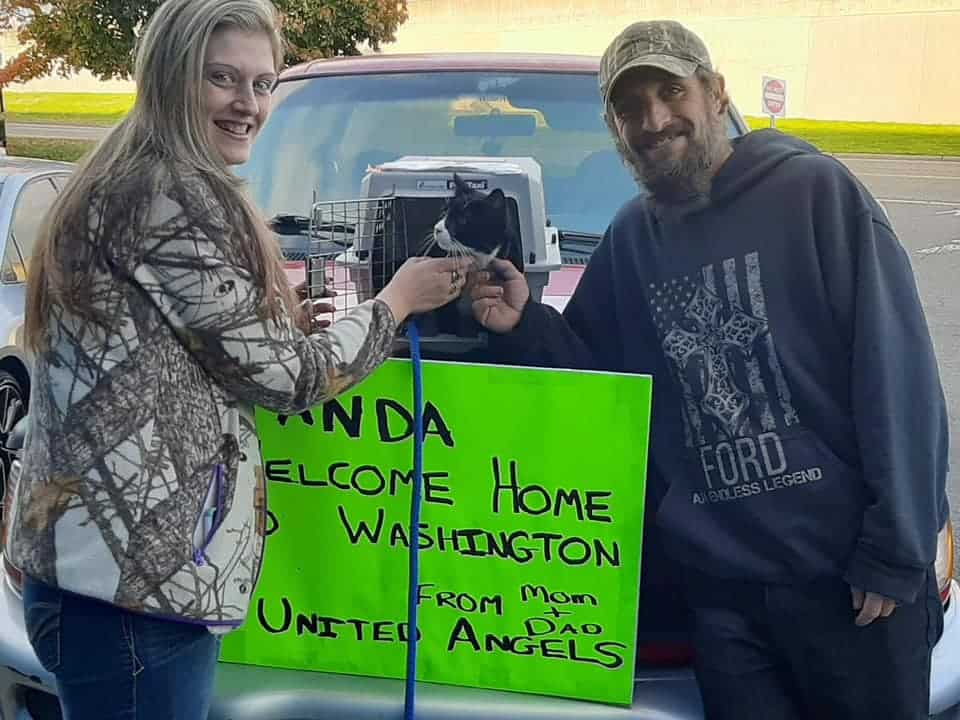 Panda stayed with fosters and visited the vet while he was away, and Home Depot employees arranged a flight that would deliver him back home.

It took a lot of cross-country coordination and raised funds, but Panda was officially reunited with his family 29 days after he went missing. His story is truly amazing, and it’s an example of what can happen when people join together to help animals and the people who love them. Josh and Christina say Panda is safely back home, and he’s now adjusting to a new life as an inside-only cat.

All images via Facebook/United Angels

Your Cat Is Crepuscular Not Nocturnal—And Here’s Why