For a special needs cat, oftentimes the odds are stacked against them. And this plight is no different for one kitty named Booger Roux. This little guy was found all alone with a slim chance of survival in the summer of 2014. But fate had bigger things in store for this kitten, all he had to do was prove to everyone what a fighting spirit he had. 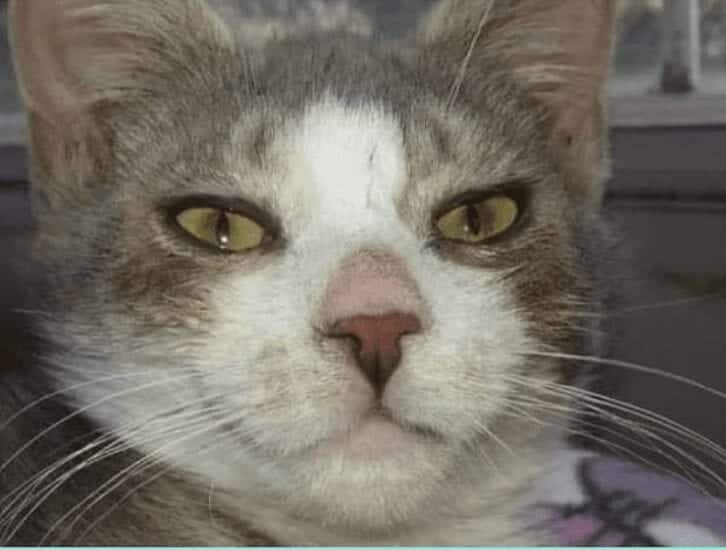 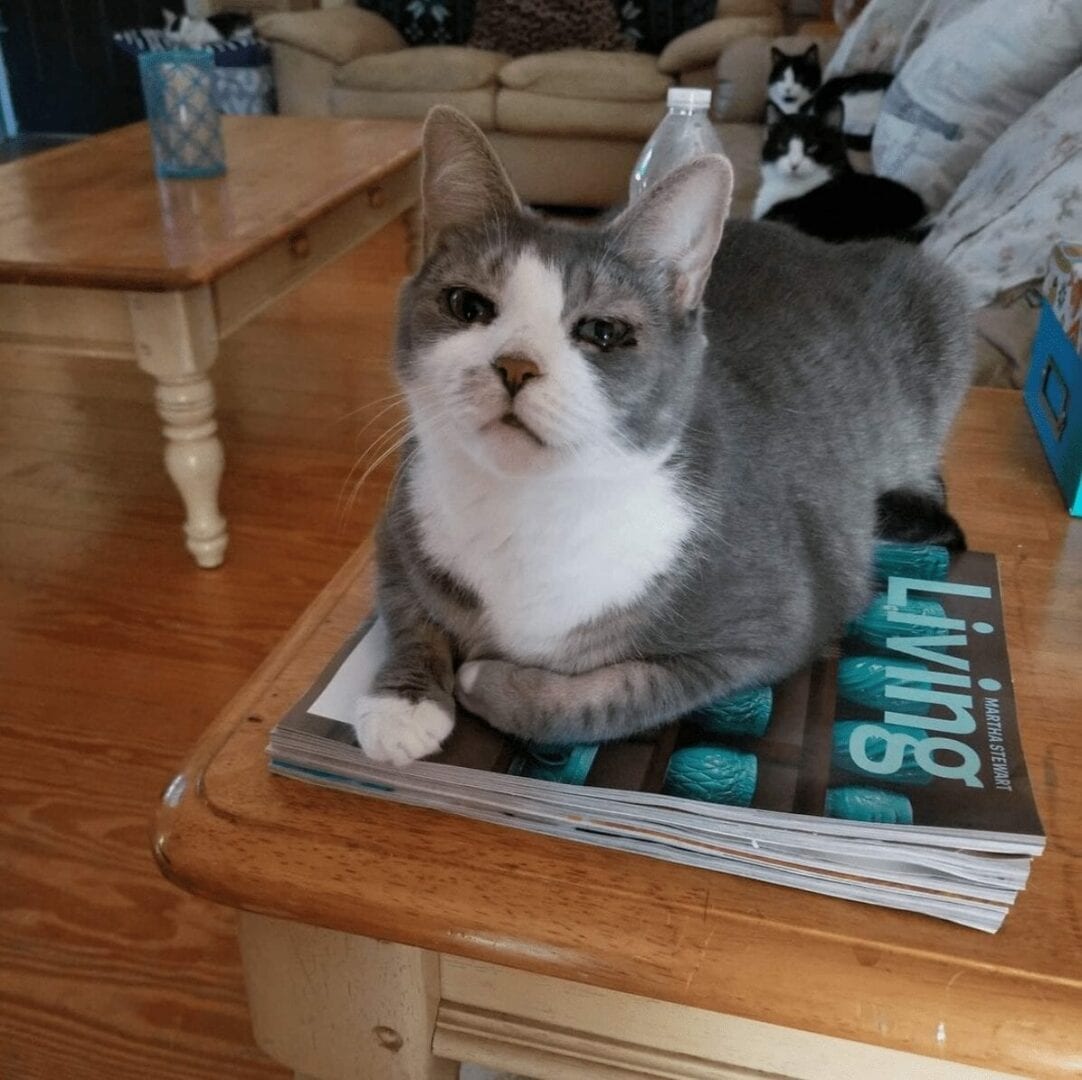 His owner tells me that,

Booger Roux came into our lives at the perfect time to take away some of the stress that we were going through.
I have been a cat mom for over 20 years. I and my husband could not have children so our cats are our children.
He blended in very well with the other felines here, and they all love playing with him and some of them actually
watch over him when he requires extra attention.
Our Vet believes Booger Roux was deprived of nutrition while in his mother’s womb because she was malnourished.  His mom was a stray in our neighborhood and we were able to finally trap and catch her which took a little over a year after she had another litter of kittens. We took her to the vet and had her vetted and she and Booger Roux were reunited in 2015. 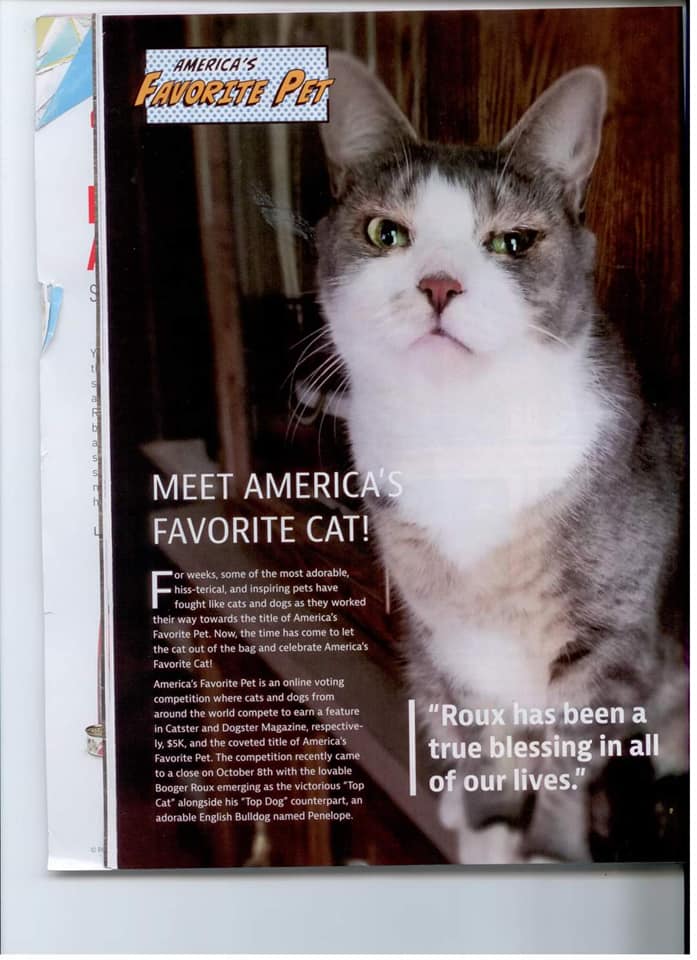 And, just this year, Mr. Roux was awarded the title of America’s Favorite Pet. Competition was fierce, but Booger Roux pulled through that take home the crown in a sea of very cute cats with wonderful stories just like his. I connected with his owner, Lynne, so keep reading to learn about this sweet cat with expressive eyes that tell a story.

How did Booger Roux come into your life?

Booger Roux is a special needs cat we found during a hot summer day on our back deck very malnourished and only weighing a total of 8 ounces. He has overcome many obstacles since that day in July 2014. 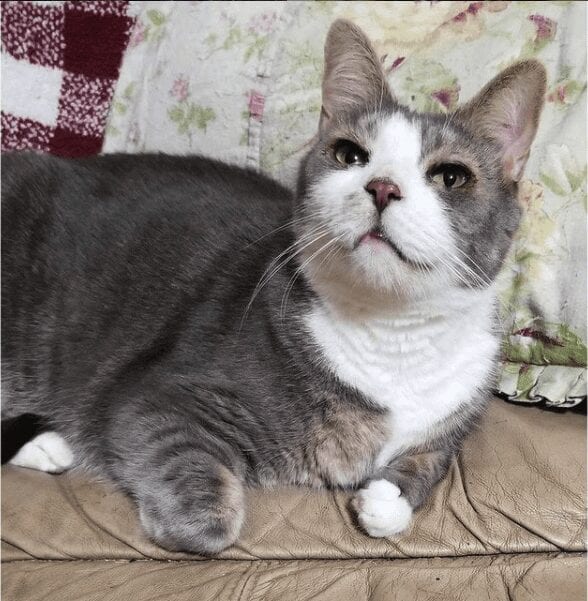 How did you come up with his name?

My husband named him and has named most of our felines. Allan says if you give the feline time, they will tell you their name and he did.

While Booger Roux is very energetic, he does have some issues such as he cannot meow like a normal cat and he also needs extra comfort and calming and requires a ThunderShirt sometimes, especially at night.  He is very smart and knows how to let us know when he wants to play with his string toy or ride his Cat Wheel. 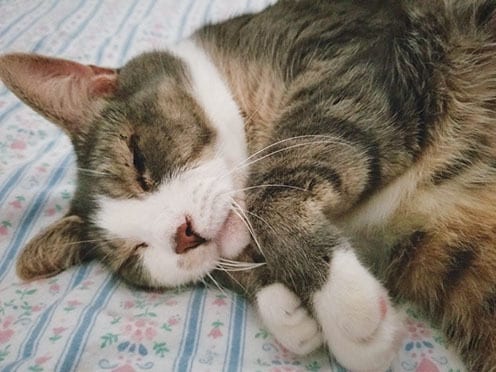 Does Booger Roux have any cat or dog housemates at home?

Booger Roux has 13 brothers and sisters at home, all of who were rescued just like him.

What’s something special that you’d like people to know about him?

He was diagnosed with having “down syndrome-like” features at a young age by our vet and that is why he looks different than a normal cat. He is a great source of therapy for both me and my husband who is disabled. I just want people to understand just because a pet looks different that doesn’t mean they can’t be a good pet. Booger Roux has been a very affectionate and loving cat to us.  He has brought much joy to us and I believe that was because of a higher power. 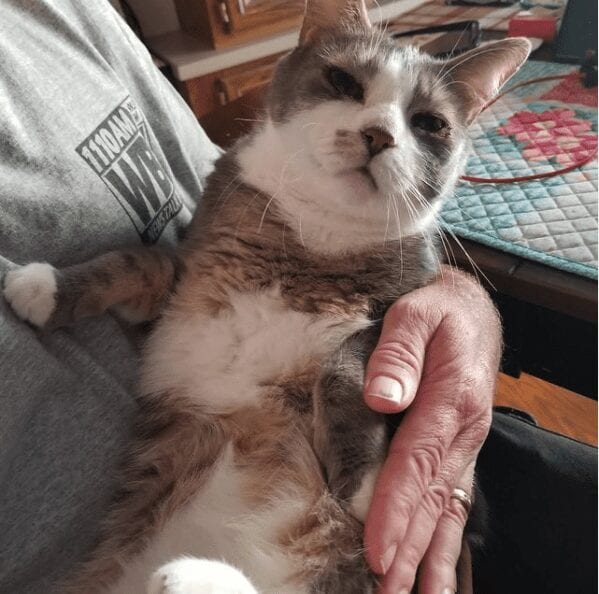 I’d like to give a special “thank you” to Allan and Lynne Melby for allowing me to share Booger Roux’s photos and story with all of the Cattitude Daily readers. The world can certainly use more kindhearted folks like them to take chances on special needs cats. 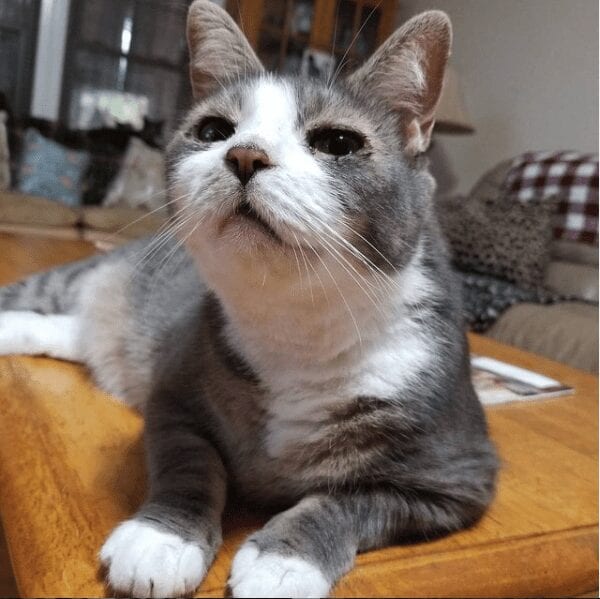 All Images Courtesy of Booger Roux / Allan and Lynne Melby

Why Is My Cat Yowling?