Home Cats Is It Okay To Scruff A Cat?
CatsTips for Cat Owners

Is It Okay To Scruff A Cat?

If you’ve ever seen a mother cat care for a litter of kittens, there’s a good chance you’ve witnessed the act of scruffing. This is when a mother cat grips her young by the back of the neck/shoulders to move the kitten from one place to another. It’s a natural behavior for cats, but is it okay for humans to pick up cats in the same way? It used to be common practice for veterinarians to scruff a cat when they’re trying to treat it. It was also once recommended as a way to “discipline” or alter a cat’s behavior. New findings, however, suggest that scruffing an adult cat is more likely to cause more harm than good. 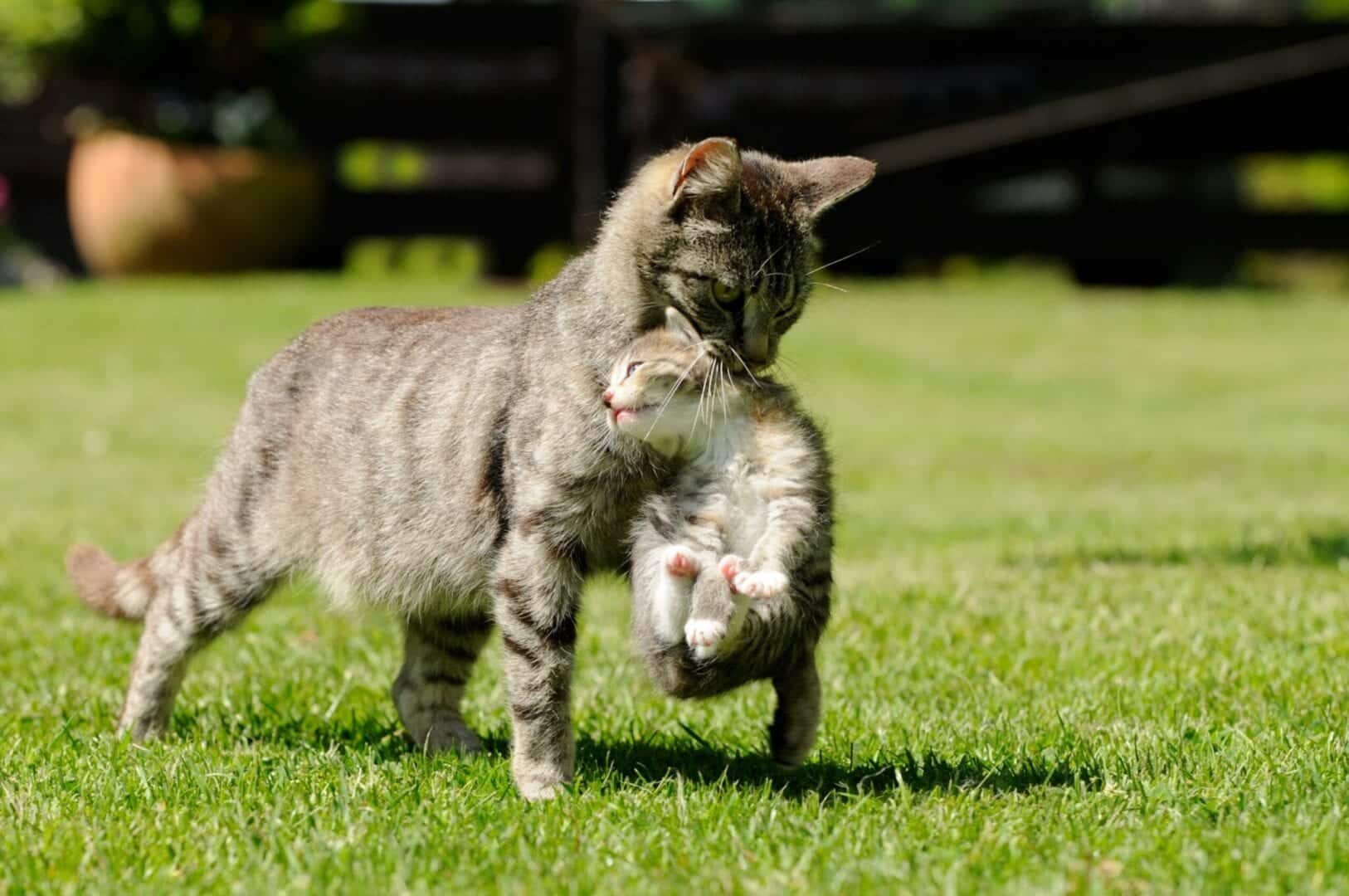 The Myth Behind Scruffing

One of the reasons why it was once common practice to scruff a cat has to do with the myth that mother cats do it to discipline their kittens. Behaviorists have since learned, however, that in the mother/kitten relationship, scruffing has nothing to do with discipline. It only happens when the mom needs to move her very young kittens and doesn’t have time to herd them along.

“She [mother cat] scruffs her kittens not to reprimand them (as many people over quote) but to carry them or move them from danger. For an adult cat, the action of a human scruffing it is frightening and puts the cat into an un-relaxed and guarded state.”

Young kittens have something called a flexor reflex that causes them to relax and go limp when an appropriate amount of pressure is applied to the thick skin at the base of the neck. When a mother cat does it, she doesn’t harm the kitten at all. She knows exactly how much pressure she can apply with her mouth and exactly where to place her jaw. Humans don’t have this skill. It’s easy for human hands to pinch too hard and grab the cat in the wrong area. 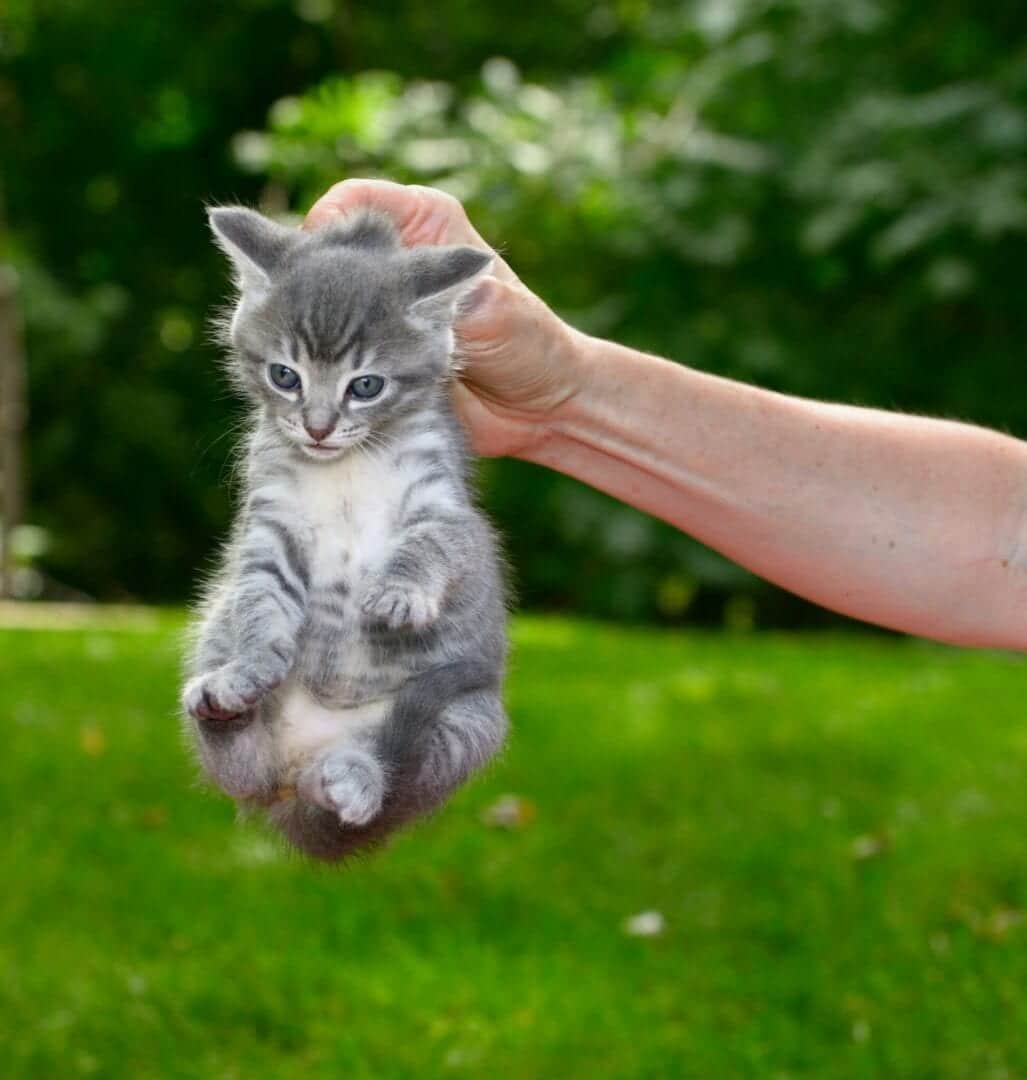 As kittens grow up, they lose their flexor reflex. They might stop struggling when they’re being scruffed, but that’s more likely because they’re in pain or frightened.

A vet might scruff a cat if the cat is being especially aggressive or uncooperative. Most cat-friendly practices, however, have started to use alternative ways to control their feistiest feline clients. Behaviorists have also stopped recommending scruffing as a way of altering a cat’s behavior. The general consensus is that unless it’s absolutely necessary, it is never a good idea to scruff a cat. Causes Pain: Mother cats know by instinct how to scruff their kittens without causing pain. Humans don’t. The larger the cat is, the more scruffing hurts them. The last thing you want is for your cat to associate you with pain.

It’s an Ineffective Reprimand: People who scruff their cats often say they do it to teach a cat better behavior. But it doesn’t work. When you scruff a cat, you make it feel scared and in pain, but you don’t communicate your intention to change their behavior. All your cat knows is that they’re extremely uncomfortable, and you’re the cause. They don’t know what they did wrong or what you want them to do instead.

Harms Your Relationship: When you combine the above points, the bottom line is that scruffing can seriously harm a cat’s relationship with a person. If you scruff a cat on a regular basis, they’ll quickly learn that being around you can cause them pain, fear, and stress. Instead of being your loving best friend, they might start to act aggressively or avoid you altogether.

In an emergency, you might want to scruff a cat as a last resort form of restraint. Experts agree, however, that it shouldn’t be done a regular basis. Your cat will be a lot happier and better behaved if you avoid it all together.

Cat Poop: The Good, The Bad & The Alarming

Why Cats Poop In The Tub And How To Prevent It