As I write this, I am currently in need of a smile. And chances are, you are too. We live in a crazy world. But thankfully, our animal friends are here to save the day and spread their cheer. Animals have a way of bringing joy into our lives when we need it most. And Herbee & Audree are just so cute, I know you’ll love them as much as I do. If there’s one thing that’s super cute, it’s interspecies besties. My dog and cat are the very best of friends, and I love looking at other animal besties, too. You might recognize little Herbee, or Mr. Pokee, his older hedgehog housemate who sadly passed away in early 2019.

Talitha Girnus, from Wiesbaden, Germany is the proud owner of Herbee & Audree, the two cutest animal BFFs you have ever seen. 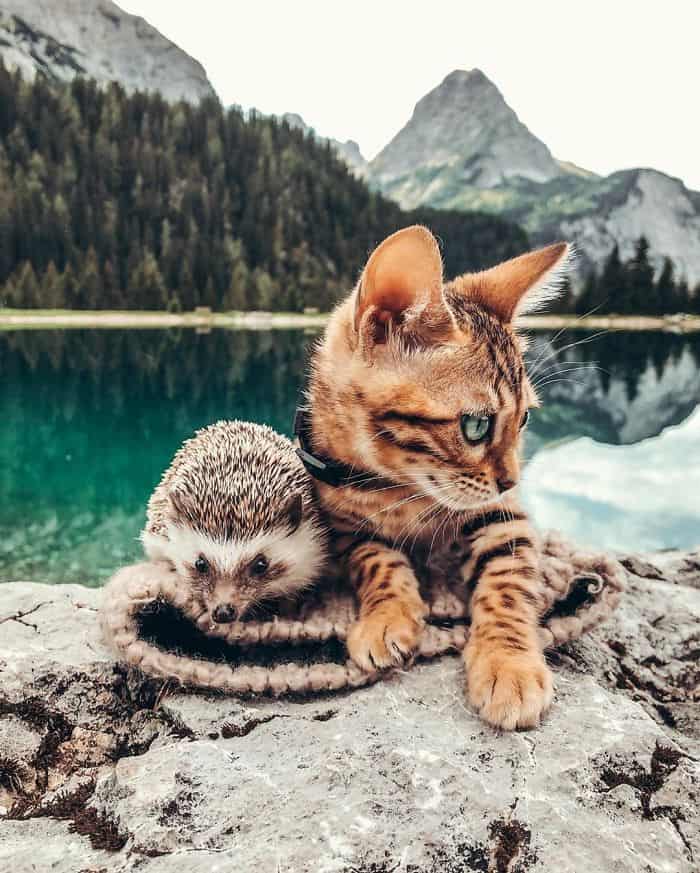 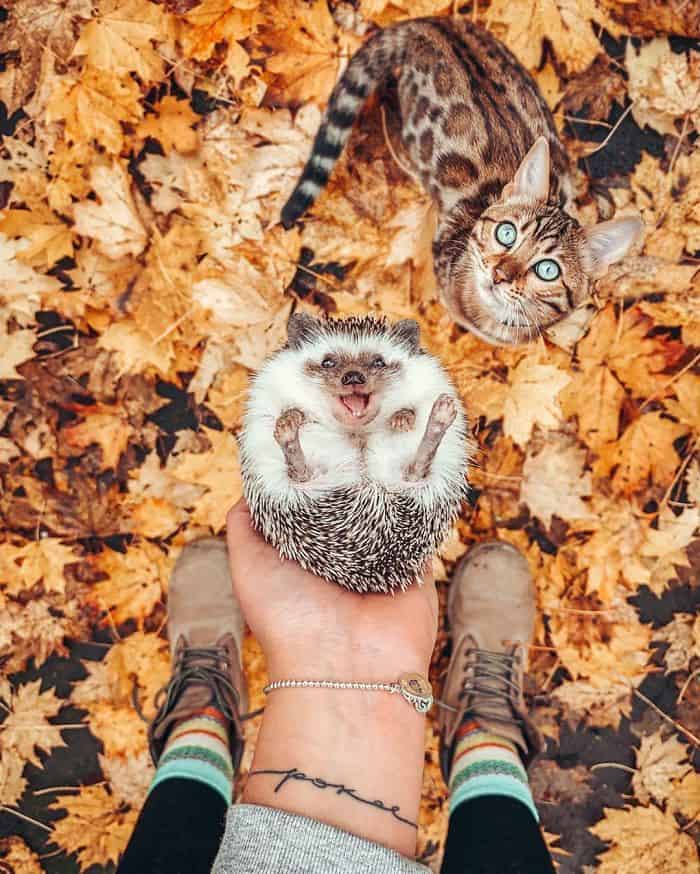 Together with her camera in tow, she takes these adorable besties for little adventures. Although as of late it’s been difficult to do so given the stay at home orders in place for people around the globe.

Talitha tells Bored Panda that, “A few months after I adopted Herbee from a girl who couldn’t keep him due to severe allergic reactions, I adopted Audree. She was three months old when I got her.” 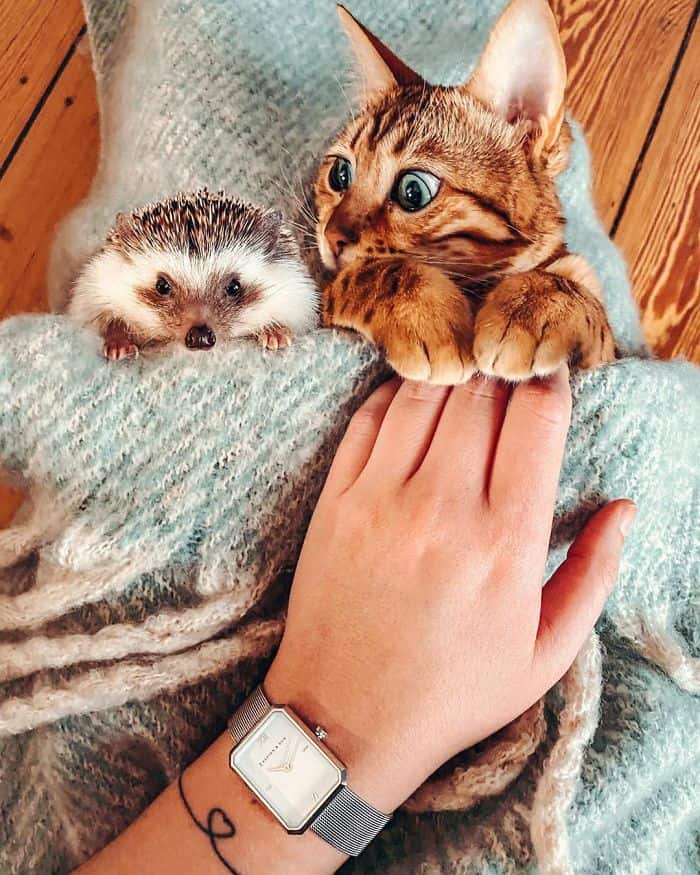 “It has been my dream for so many years to have a cat and Bengals get along well with other pets. I wanted a special cat that would go on adventures and travel with me, so there wasn’t much choice on the breed. And then one night I had a dream that I had a Bengal cat that I took on adventures and we became the best friends ever.” 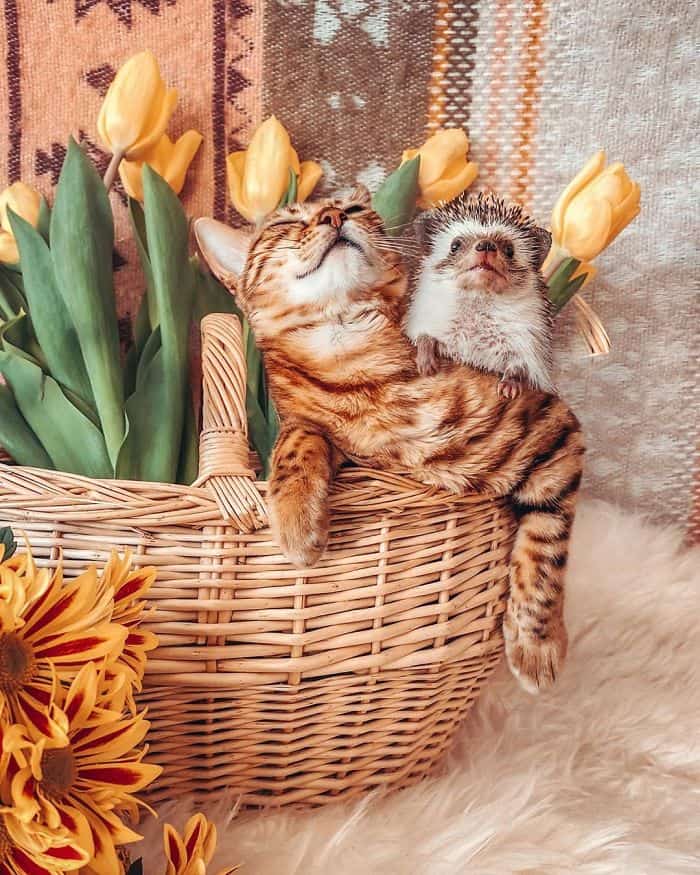 “When I woke up and realized it was only a dream, I became sad. But a few moments later I realized that this dream wasn’t something that couldn’t turn into reality. And so I started to Google. The first cat I found was Audree and I saw her and knew it. When I called the lady she told me the story and I felt like it was meant to be. Audree has 3 brothers while I have 2 brothers. They always played like crazy and she would be right there next to them being a bit shy and just watching. Just like me as a child.” 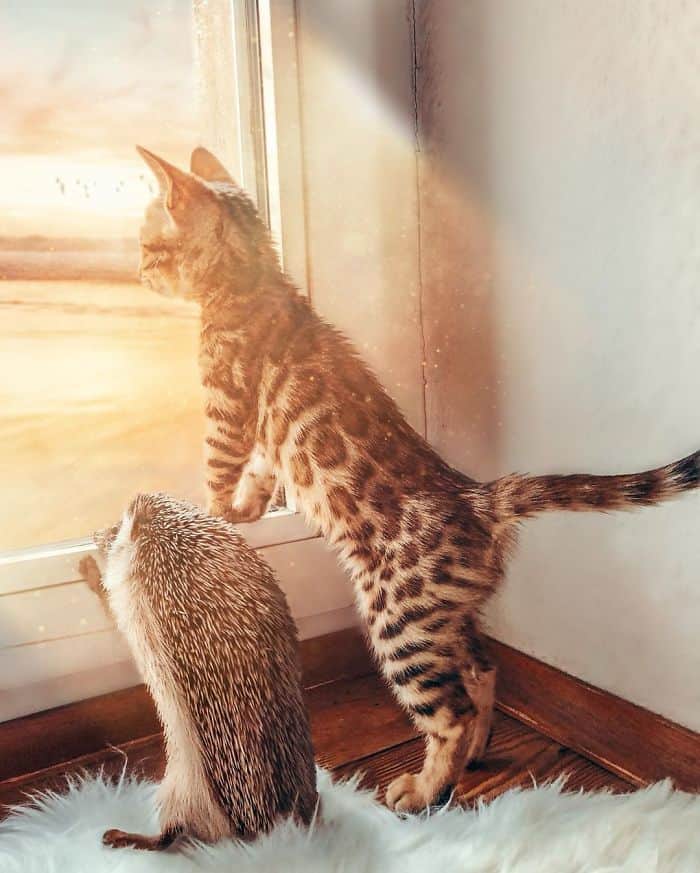 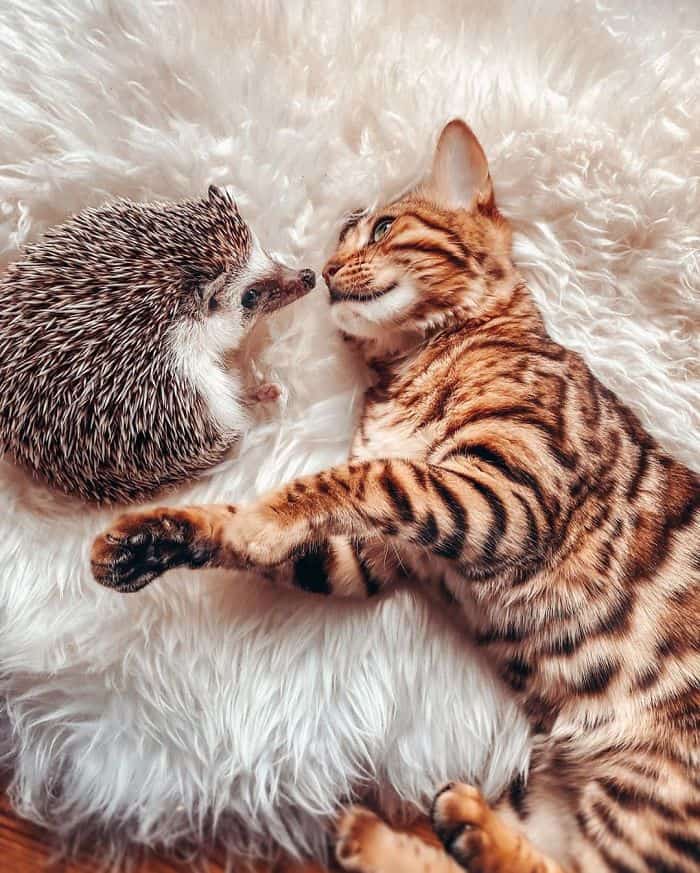 Talitha says that Herbee & Audree are inseparable—in case you couldn’t already tell from their precious photos. She says that, “They eat together at night, sometimes from the same bowl. Audree likes Herbee’s food better than her own even though they eat the same food (except for Herbee’s insects). Audree is allowed in Herbee’s cage and sleeps there sometimes or just watches him.”

Want to see more of the “World’s Cutest Adventures”? 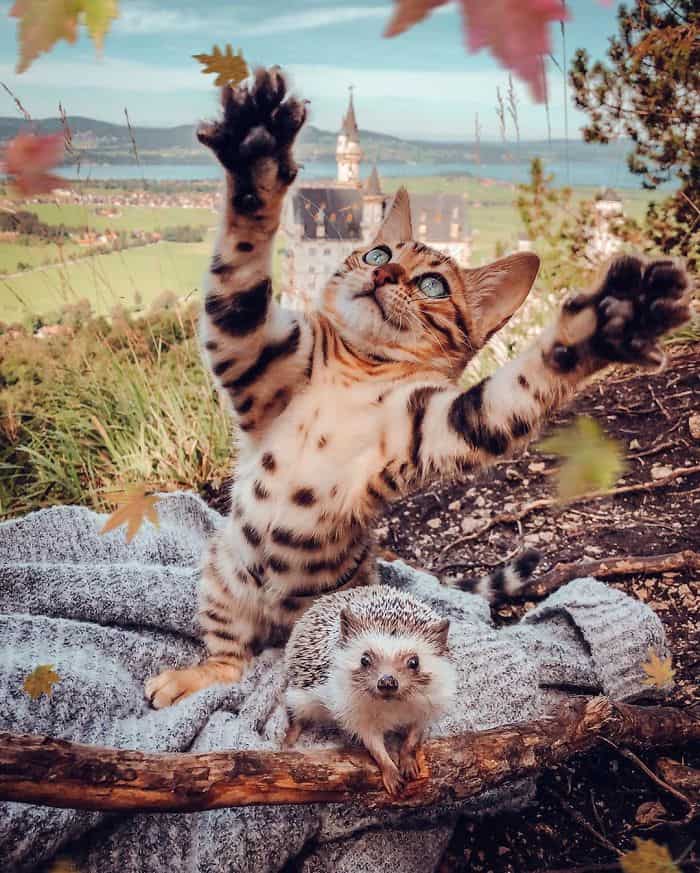 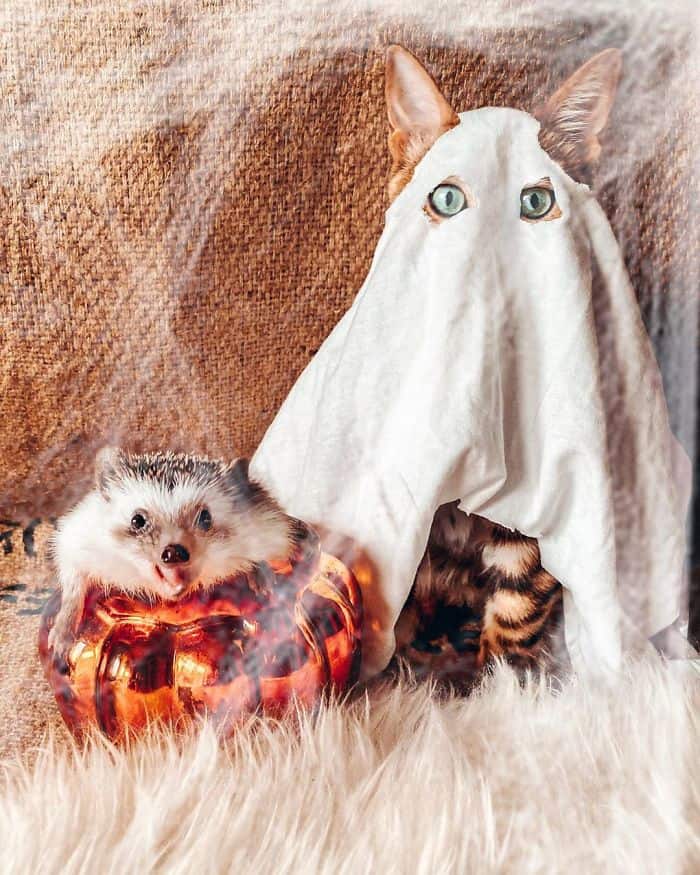 Can’t get enough of interspecies BFFs? Check out Nice and Suria the cat and meerkat BFFs on cattitudedaily.com

All Images Courtesy of Mr. Pokee