Cat Finds Someone Special To Save Him From Life Of Abuse

I’ve always believed that any cat has the ability to love. All it takes is that one special someone to see something in them that no one else can or does. We know that the world can be a cruel place, and this is especially true for our four-legged friends who often have a rough start at life. Spike is definitely one of those cats. I came across his story in a cat group on Facebook and instantly I felt something just from the photo of him. But to read the words of the man in the photo touched my heart and I wanted to know more about this kitty who had survived a life of abuse. Spike is a ginger tabby that lives with a human who loves him and a cat best friend as well. But fate is what got him to where he’s at today with a kind-hearted human that never gave up on him. 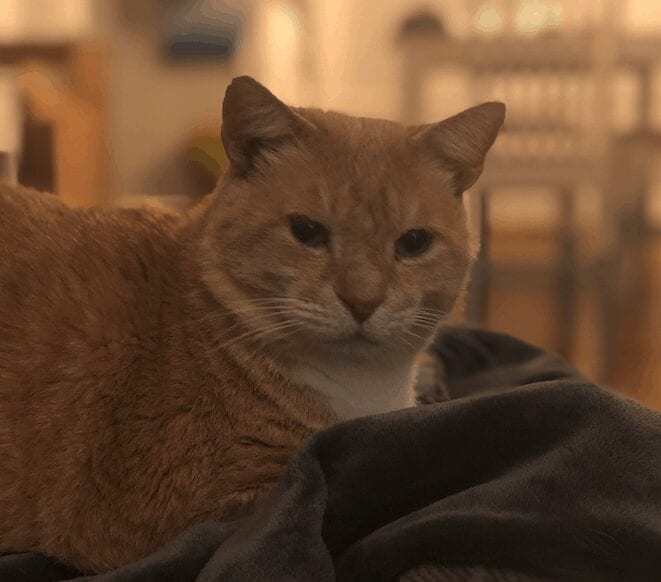 This is Spike’s story as told by Bari, the amazing woman who gave Spike the chance to love and be loved. (*Spoiler alert*: grab a tissue)

I have a cat named Matty and had her for about a year. I wasn’t really looking for another cat but saw a group post on Facebook about Spike and was immediately drawn to him. The post had the same details: Spike walked funny because his legs had been injured, his tail had been chopped off, and he was so thin that birds were trying to carry him away to eat. Something very important to mention is that Spike is FIV+, and the rescue group said he could only be adopted in a home where he would be the only pet. I still decided to contact the rescue organization to see if I could meet him. Initially they told me they really preferred he go to a home with no other pets. I told them I had been researching and understood the risks and was still really interested. About a week later I heard back from rescue group and they asked if I was still interested in meeting Spike.

Here is a screenshot of Spike’s story that immediately pulled at my heartstrings:

Needless to say it was love at first sight!

About a month after I adopted Spike, I came home one night following dinner and immediately saw that Spike had thrown up blood all over the house and he was having a hard time breathing. It was a Saturday night, so I immediately took him to the emergency vet. Once the ER vet began asking questions, they told me it would be $1,000 just to run the necessary tests, and that whatever was wrong with him was likely related to his FIV. They felt like there was a good chance he would not survive, and even if he did, this would probably happen again. Almost immediately, the vet recommended euthanizing Spike. I told the vet I wanted to move forward with the lab work and they reluctantly agreed. After a couple of days in the ER and multiple tests, I found out Spike had heartworms, which is very rare in cats, and it’s NOT treatable. Your only hope is that the cat can survive the passing of the dead worm, which is what happened when I found Spike at home so sick. His primary vet said the FIV+ probably slowed his immune system from fighting the heart worms, which actually saved his life. Spike proved yet again that he is a true warrior and was able to come home a few days later. 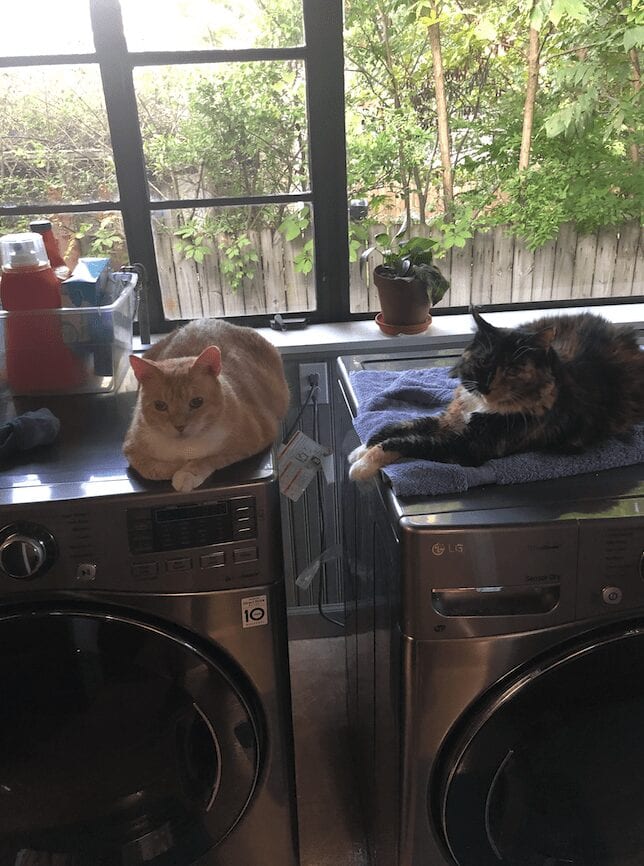 Spike is about 4 years old now, I adopted him a little more than 2 years ago. He was very timid at first, especially with loud noises and strangers. He would run and hide in the corner and it always made me so sad, especially because he was so gentle and sweet despite being nervous. Even when scared, he never scratched or bit anyone. He also immediately became best friends with my other cat, Matty. He cleans her all the time and always lets her eat first. Spike is my shadow and follows me everywhere. He just wants to give love and be loved all the time. 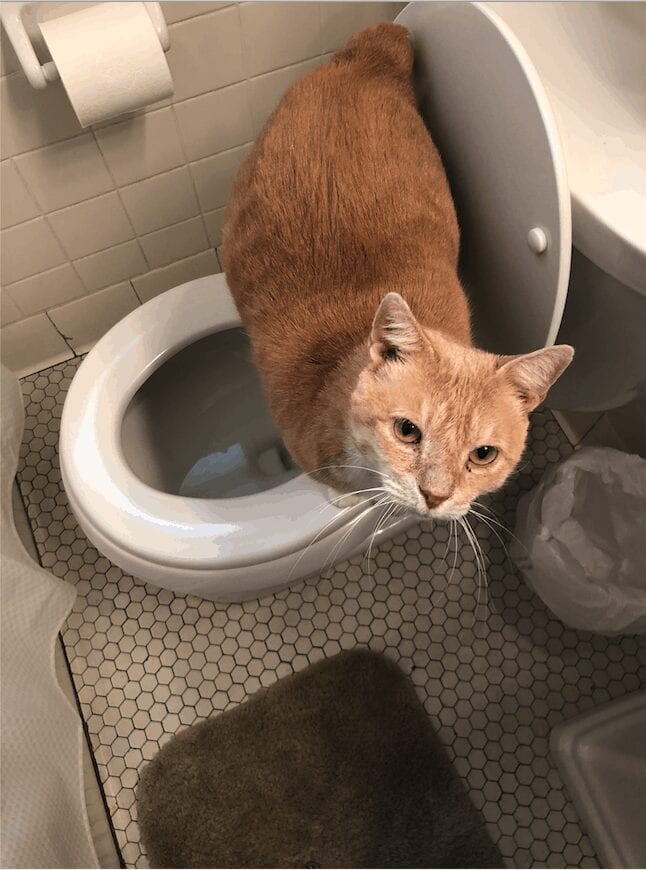 Also, the rescue organization that originally refused to let me adopt Spike because of FIV has changed their entire rescue policy. Between the continued FIV research and because of awesome success stories like Spike’s, they now support giving FIV cats the chance at a normal life with other kitty friends. 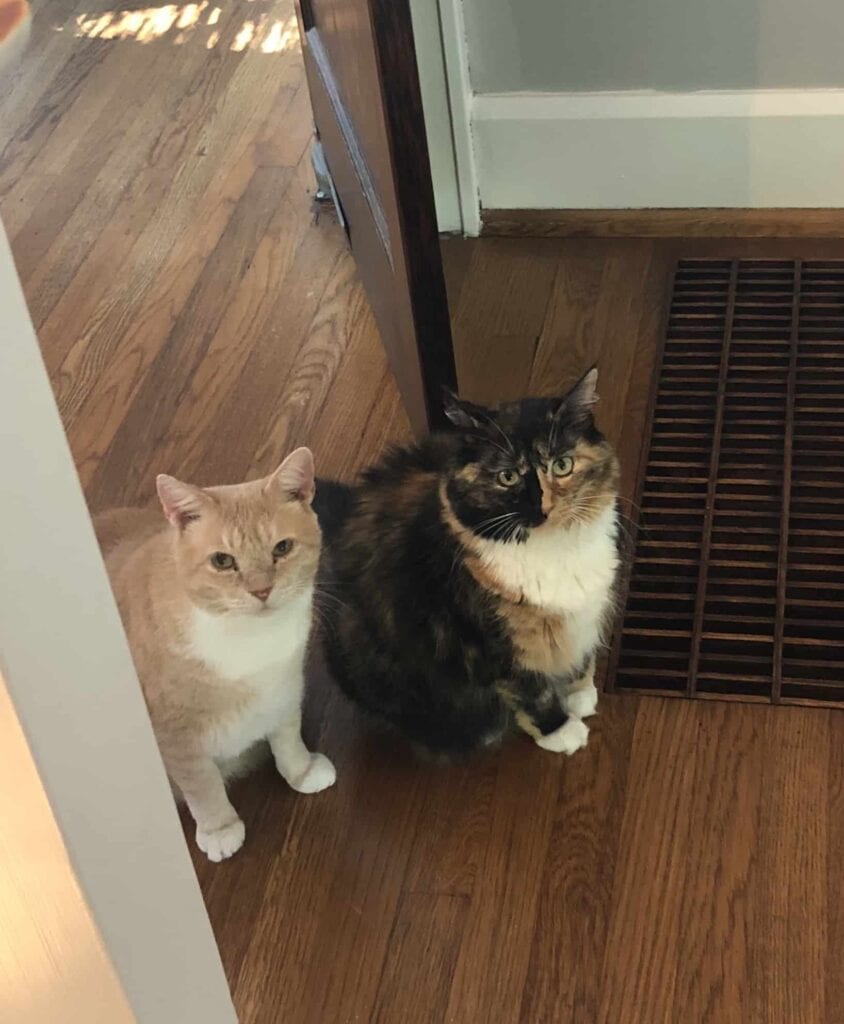 Looking back, I can’t believe I almost lost him because some doctor was so dismissive of his diagnosis and treating him… to think I was so close to losing him. For that, and the million other reasons I listed above, every day with Spike feels like a gift.

Sorry this is so long, Spike is just so special and I didn’t want to short change how amazing he is.

Along with Bari, Spike had a few other special people rooting for him along the way. Bari would like to give credit to:

The woman who fostered Spike before I adopted him was a veterinarian surgeon and did an amazing job nursing him back to help. She also quickly assumed responsibility for his care at the vet ER and took very special care of him after what happened with the first doctor. The rescue organization that I adopted him through also held a fundraiser to help me cover some of his medical expenses.

Does your kitty have an incredible rescue story like Spike’s? If so, I’d love to hear it.

A story like Spike’s just goes to show you that sometimes in life, all you need is that one special person to believe in you. And if one thing is certain: every cat deserves a chance to feel special.

If this story touched your heart, share it with another cat lover so they can see what the power of love can do, too.

I’d like to give a special thank you to Evan and Bari for allowing me to share Spike’s story. Here’s to many more happy years for sweet Spike.

All Images Courtesy of Bari Bridges