Home Cats You Know That Funny Face Your Cat Makes? This Is Why It Happens
Cats

You Know That Funny Face Your Cat Makes? This Is Why It Happens

If you like to spend time with your cat, you probably know what “funny cat face” we’re talking about. It’s that lip-curling sneer that seems to say something like, “My gosh, Karen, this is disgusting!” or “What did you just say to me?!” It’s a look of either complete surprise or utter disdain that can lead to some literal laugh-out-loud moments if you happen to catch your cat mid jeer.

Some cats make this face all the time, but don’t worry pet parents, it doesn’t have anything to do with you or your relationship with your cat. That funny face is called the flehmen response, and it doesn’t mean what you think it means. It’s actually a biological response related to a cat’s sense of smell. 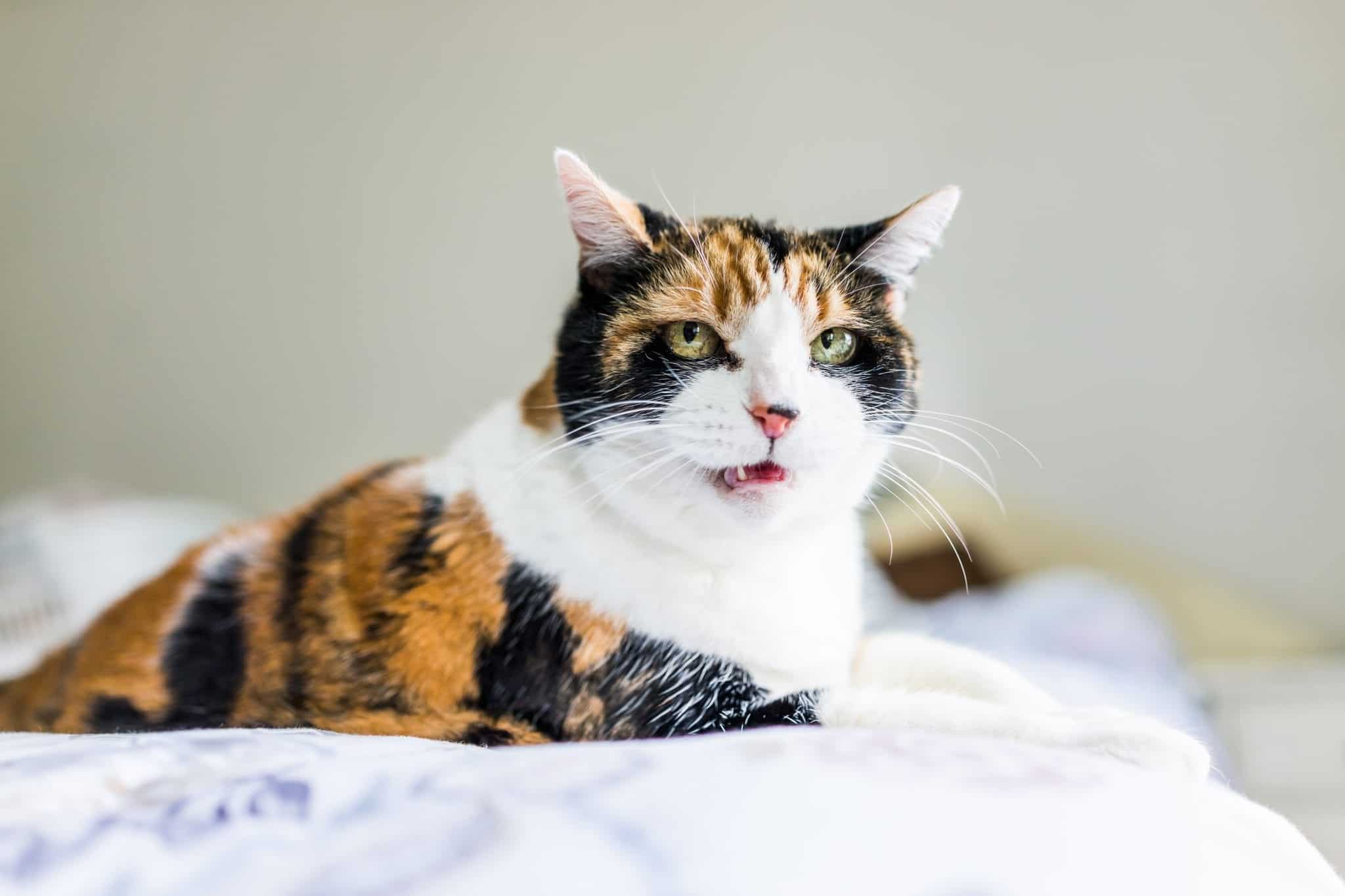 What is a Flehmen Response?

While it looks like the flehmen response is a cat’s way of reacting to some kind of unpleasant stimuli, that isn’t the case at all. When a cat makes this face with their lip curled over their teeth and their mouth open, they’re actually inhaling scents through special ducts. Along with detecting scents with their nostrils, cats have the ability to inhale scents through ducts in the roof of the mouth.  The ducts, called nasopalatine canals, are small slits behind the front teeth. They lead to an organ called the vomeronasal organ (also called the Jacobson’s organ).

According to Cat Behavior Associates, the feline vomeronasal organ is a kind of secondary olfactory system.  Cats use their lips and tongues to “flick” scents up into the nasopalatine canals which in turn send them to the vomeronasal organ. This specialized organ is capable of making a detailed analysis of specific scents. Cats can then interpret that analysis and deduce important information about whatever (or whomever) the smell came from. 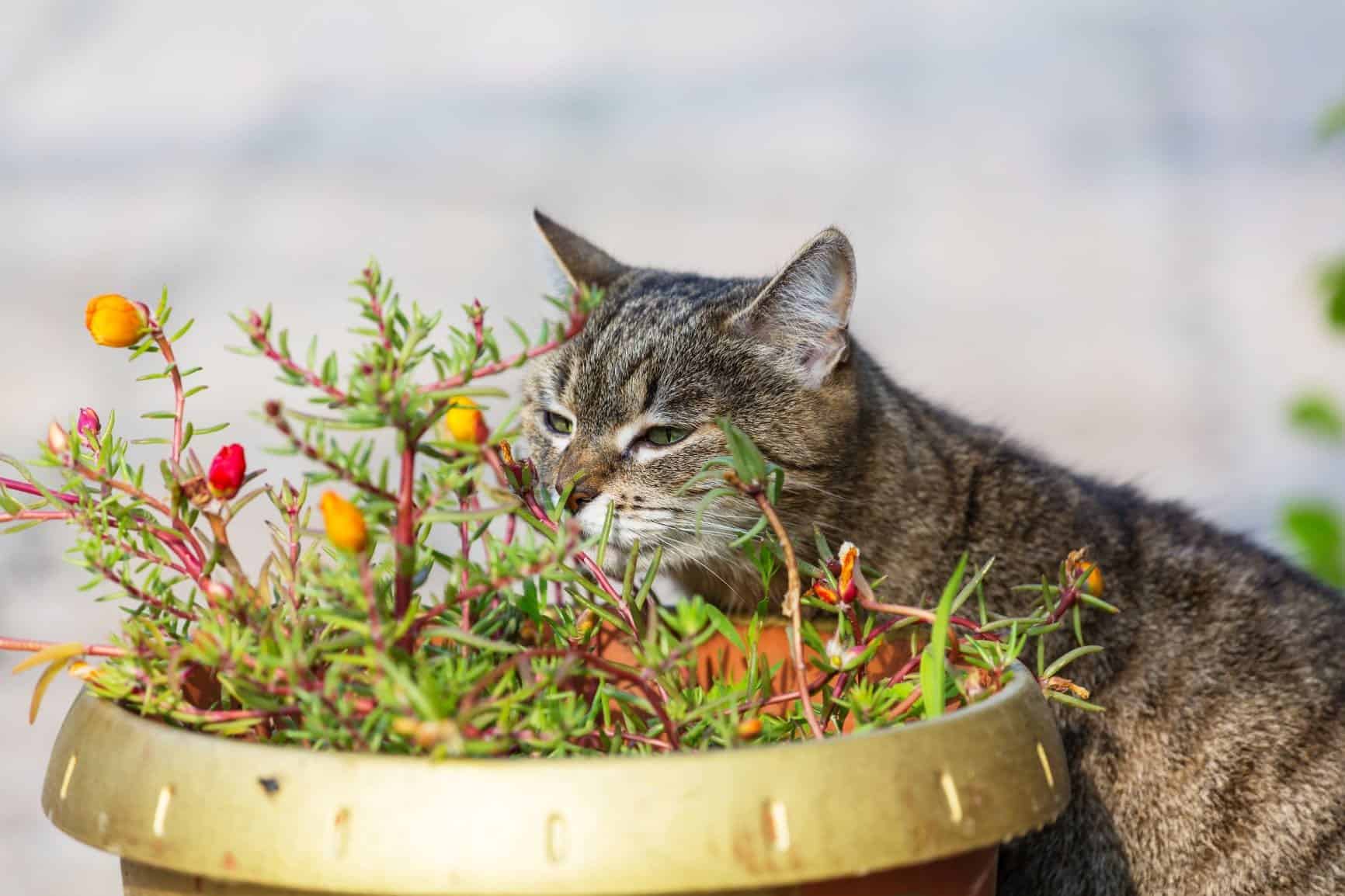 What is the Flehmen Response Used For?

Anthrozoologist John Bradshaw describes the flehmen response as being somewhere between smelling and tasting. It gives cats more information than they’d get if they simply sniffed the scent with their noses. It especially comes in handy when interpreting pheromones. Pheromones are chemical signals that animals (and humans) emit to send simple biological messages. For example, a cat can rub its head on a fence post and leave behind a pheromone that marks that area as their territory. Pheromones can also signal that a cat is ready to mate.

To interpret these signals, a cat has to consciously initiate the flehmen response. It isn’t like breathing where you automatically take in smells with each breath. Cats only use their vomeronasal organs when they’re interested in taking a closer “sniff” at a particular scent. And curling their lips into that famous funny face is the best way for them to direct scents where they need to go. 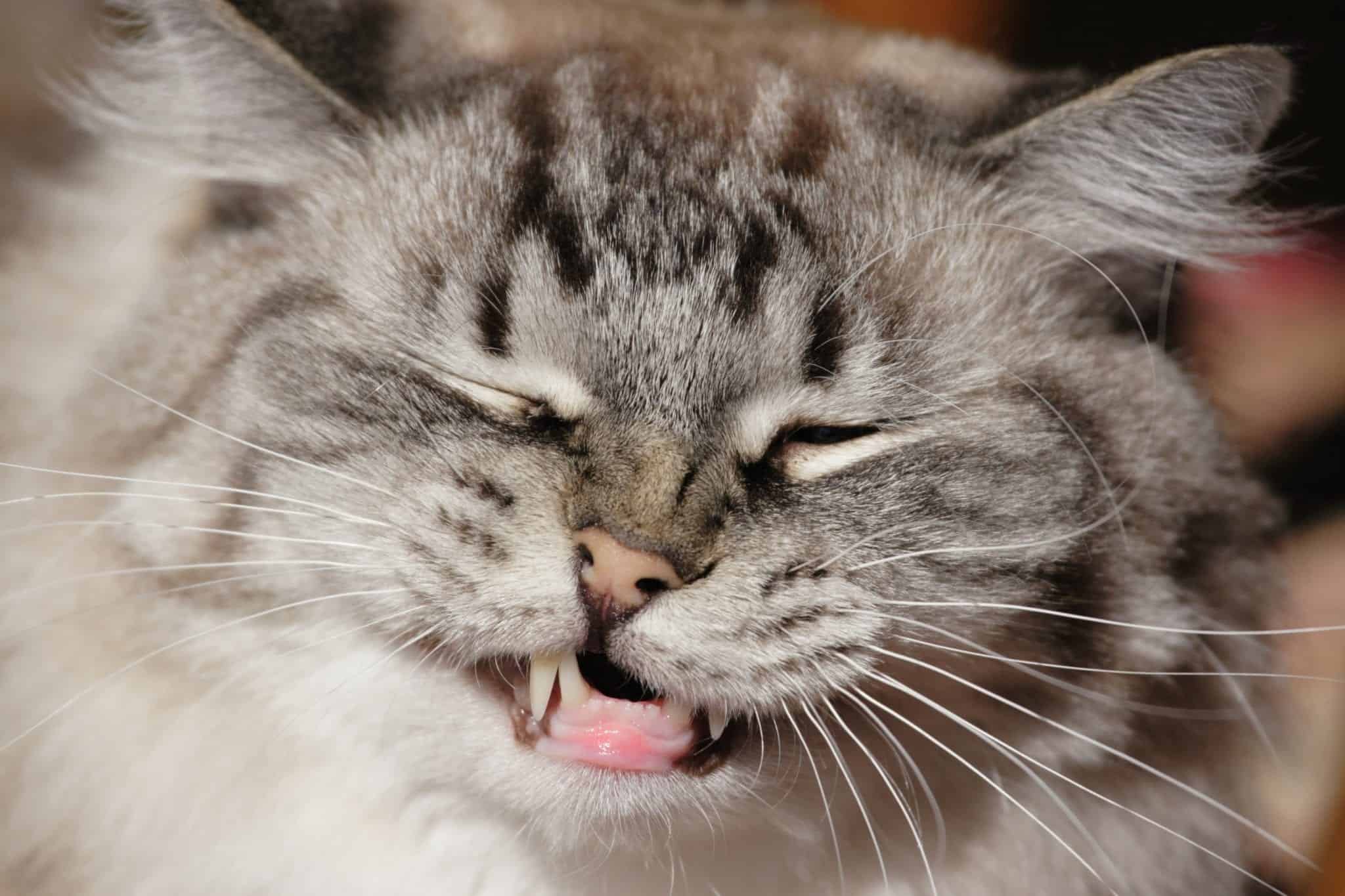 What Kind of Animals Use the Flehmen Response?

Unaltered male cats aren’t the only animals that do it, however. You can also see this response in neutered male and female cats. Horses, goats, giraffes, llamas, hippos, and several other mammals are also known for the occasional scent-catching lip curl. Regardless of species, all these animals are doing the same thing–interpreting scents.

Should You Be Concerned?

If you catch your cat making this well-known funny face, grab your camera, but don’t panic. The lip-curling sneer is adorably hilarious (especially if it’s coupled with a squinty eye), and it’s completely normal. Some cats pull off this look at least once a day, but you might also have a cat that only uses the flehmen response for extra special smells. Either way, it doesn’t mean that your cat is unhappy or ill. All it means is that they’re interested in a scent, and they’re practicing their biological ability to figure out exactly what that scent has to say.