After Her Cat Was Killed By Off-Leash Dogs, “Daisy’s Law” Hopes To Make Change

As a person who writes about cats, I come across many stories about our feline friends. Some are happy, some funny, and others heartbreaking. Unfortunately, this is one of those sad tales that will pull at your heartstrings. But, if we come together, there can be a silver lining and a hope that more sad stories like this one become far less common.

Daisy was a beautiful black and white cat that was sweet and adored by her family. But recently, all that changed when two aggressive off-leash dogs viciously attacked her right on her front porch at her home on private property. (Please spare your comments on indoor/outdoor cats as this is not the focus here.) 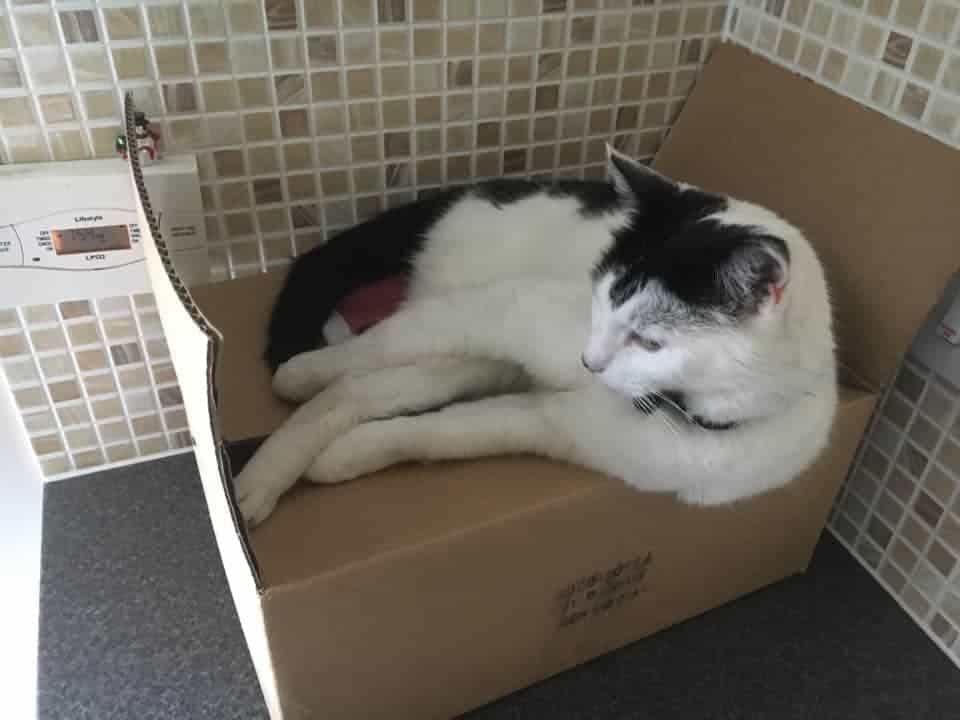 Poor Daisy fell victim to her wounds as the attack proved to be too much for her little body to handle. And worst of all, the owner of these dogs didn’t care or bat an eyelash. The laws in the UK where Daisy lived do not require prosecution for the owners of animals which attack other animals. As it stands now, it is only punishable by fine. And worst of all, it’s only a fine of £200. While heartbroken and grieving, Vicky still knew that she needed to do something to bring attention to her cat’s tragedy. She thought to start a petition on Change.org, hoping that she could hopefully make a difference. Other cat owners, and even dog owners, have certainly taken notice of her efforts. As of this post, her petition is at 12,456 signatures and quickly growing. 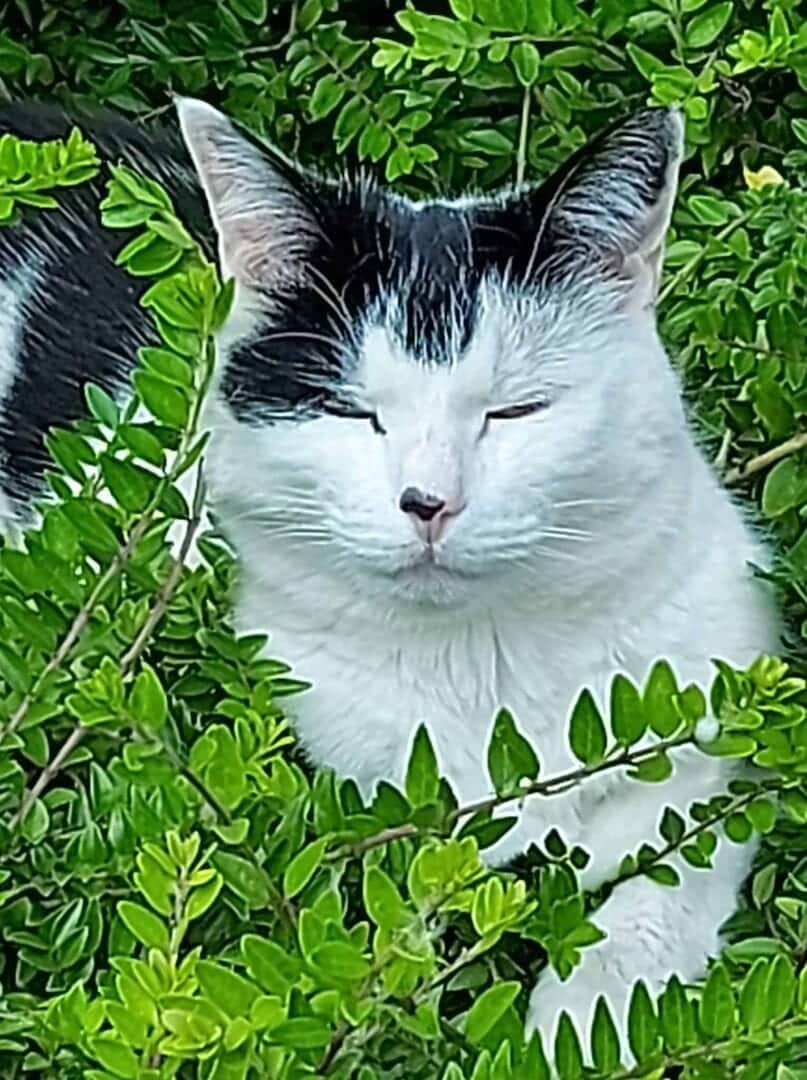 The details of the petition for Daisy’s Law is as follows:

This petition is to highlight and change the fact that animal on animal attack is not classed as serious enough by the Police to prosecute irresponsible animal owners.  At the moment they can only be fined.  My lovely cat, Daisy (11 Years old) was viciously attacked on our doorstep (private property) TOTALLY unprovoked by two dogs (not on leads) on the Monyhull Hall estate, KINGS NORTON, B30 on 9/6/2020 at around 2.05pm. The woman walking the dogs (3 in total) refused to give her details after the attack and walked off saying that she had no money so I couldn’t sue her and she didn’t care. Daisy was critical in ICU for 6 days then her condition worsened. We had to make the heartbreaking decision to have her put to sleep. I have since posted this attack on various social media platforms to try to locate this woman, to get justice and in doing so it has come to light that this isn’t the first time that her dogs have attacked and one other cat that I know of has been killed (attack witnessed) and smaller dogs chased, mothers moving their children away from the dogs and cyclists have had their ankles nipped at.  The owners response is always total contempt and not interested in leashing or muzzling her animals. She was fined £200!! THATS IT!! Do we have to wait until these attacks turn on a child ? Lets make a difference, PLEASE SIGN!! Thank you. 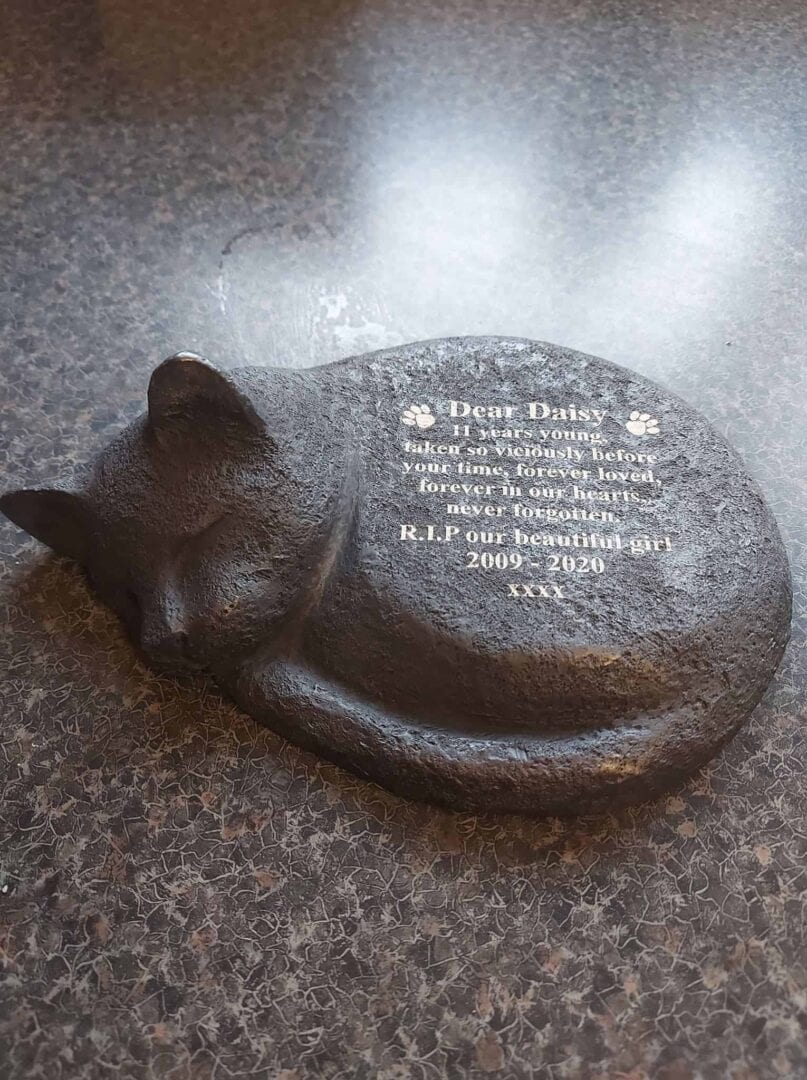 A community protection warning has since been served to the dogs’ owner, but that is simply not enough and more like a slap on the wrist if anything. More must be done so stories like this don’t keep popping up on our feeds and breaking our hearts.

Vicky knows that she’s fighting an uphill battle, but if we come together to show our support for her cause, perhaps we can give her the push she needs to make this well overdue change to animal attack laws. Daisy’s suffering and death will not be in vain if I have anything to do with it. My heart goes out to Vicky during this difficult time, and I would like to personally thank her for allowing me to feature Daisy’s tragic tale on cattitudedaily.com. I myself have experienced a situation similar to this, and I know just how badly it hurts. And the mental image never, ever leaves your mind.

No matter where you are in the world, there are bound to be irresponsible pet owners. And sadly, ignorance is bliss sometimes for those who own animals and turn a blind eye to their pet’s dangerous behavior. In the US, animal attack laws are governed by state. And some are not even that severe by any means.

Let’s come together to make a difference for dear Daisy, a lovely kitty who was gone far too soon.