Have you ever wished you could communicate with your beloved cat companions? It would be so incredibly interesting to hear what your cat would say! With all the varying personalities of our feline friends, you can imagine how unique each conversation would be with different kitties.

I know I would certainly appreciate the ability to tell my own cat when I leave the house that we’re coming back, and we are not abandoning him. It’s so hard to see his sad little eyes when I pack an overnight bag!

While it may not yet be possible to have a conversation with your cat, there are some clever ways that you can communicate various things to your cats. Let’s explore them! 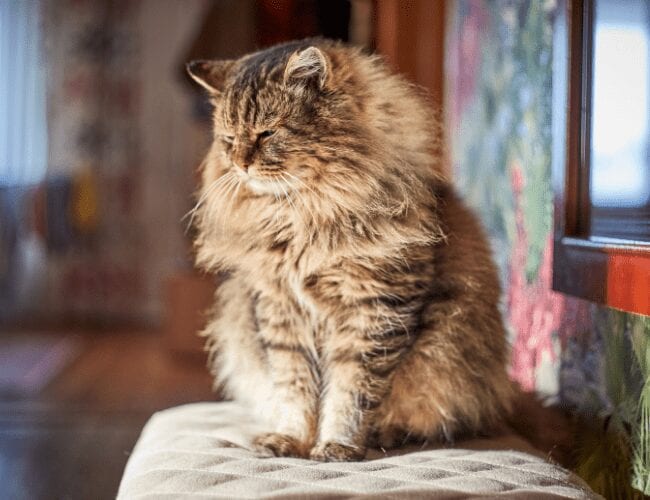 You may already be familiar with that slow blinking thing your cat does. You know the one: she starts out by staring at you, then gently and slowly closes or nearly closes both of her eyes. It’s kind of like the world’s slowest blink, but what does it mean? In an interview with the Denver Post, Dr. Gary Weitzman (president and CEO of the San Diego Humane Society and SPCA as well as author) says that this slow blink behavior is a friendly gesture.

Try it out on your cat the next time she decides to slow blink you. I’ve tried it out with my own independent feline. He will sometimes reciprocate if I initiate the slow blink. Essentially, slow blinking at your cat means that you’re saying “I like you” in cat language.

Science has even proved that slow blinking back at your cat is an effective way to speak meow! Read more about it here on cattitudedaily.com. 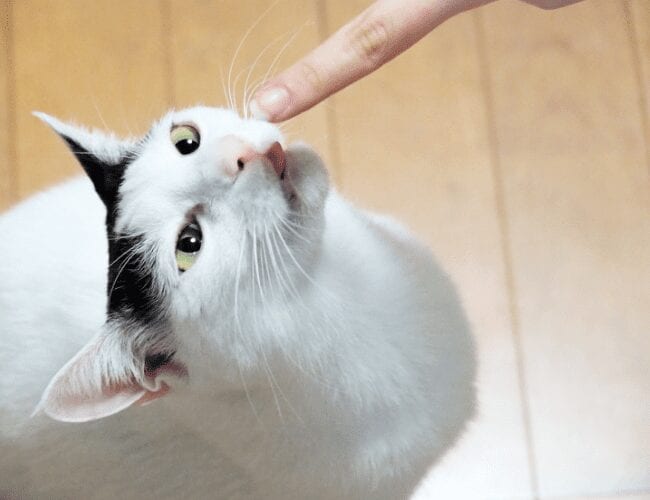 Let Your Cat Smell You

Another friendly way you can communicate with your cat is by simply letting him sniff you. Cats are curious little creatures, as we all know, and they like to smell you before you touch them. If you’ve ever made the mistake of reaching out to pet your cat before letting him smell you, you know this doesn’t always end well. Some cats might bite, and some might remove themselves from the situation altogether.

If you want to convey to your feline that you’re approaching in peace, slowly offer your hand for her to sniff. Cats are also sensitive creatures, so they’ll pick up smells that send them signals as to where your hand has been. Try this out with especially skittish cats before you attempt to pet them and see how it goes. 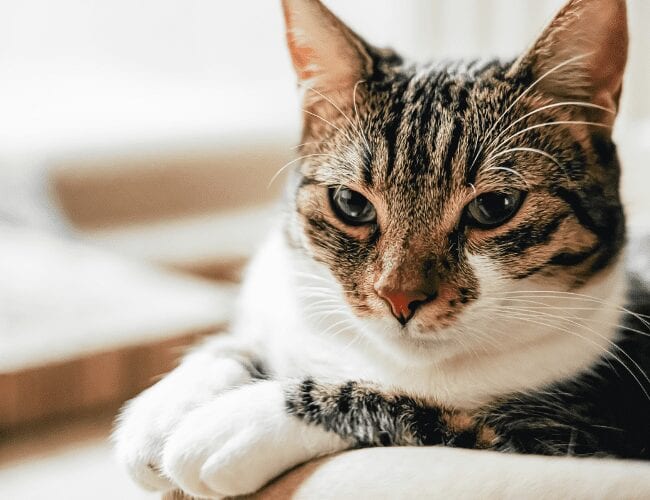 Overall, it’s important that your interactions with your cat be fairly consistent. When he jumps onto the kitchen counter and he’s not supposed to, try to use a lower, firmer voice than you would if you were simply telling him what a good boy he is (when he’s not jumping on the counter, of course). This is especially true when you’re trying to train a new cat or a kitten, according to Hill’s Pet. You can even try using a consistent sound to alert your kitty when it’s treat time. After a while, he may just come running when he hears your special “treat voice.” This communication tool is a fun one for both of you!

Have you tried other ways of communicating with your cat? They’re such smart creatures with such personality. It doesn’t surprise us if there are lots of other clever ways to communicate with our cats!

bonding with your catcat communicationways to speak meow
0
FacebookTwitterPinterestEmail

Why You Shouldn’t Let Your Cat Play With Hair Ties

Signs A Cat Came From An Abusive Home