There’s nothing like crispy, juicy bacon in the morning. The smell just seduces us, and our felines too. You probably have seen your cat creep around when the bacon is sizzling. We love our cats and want them to enjoy all the delicious things of life too. But, wait – can cats eat bacon?

There are many foods that we can share with our furry friends. There are also many foods we can’t. It’s best to always err on the safe side. 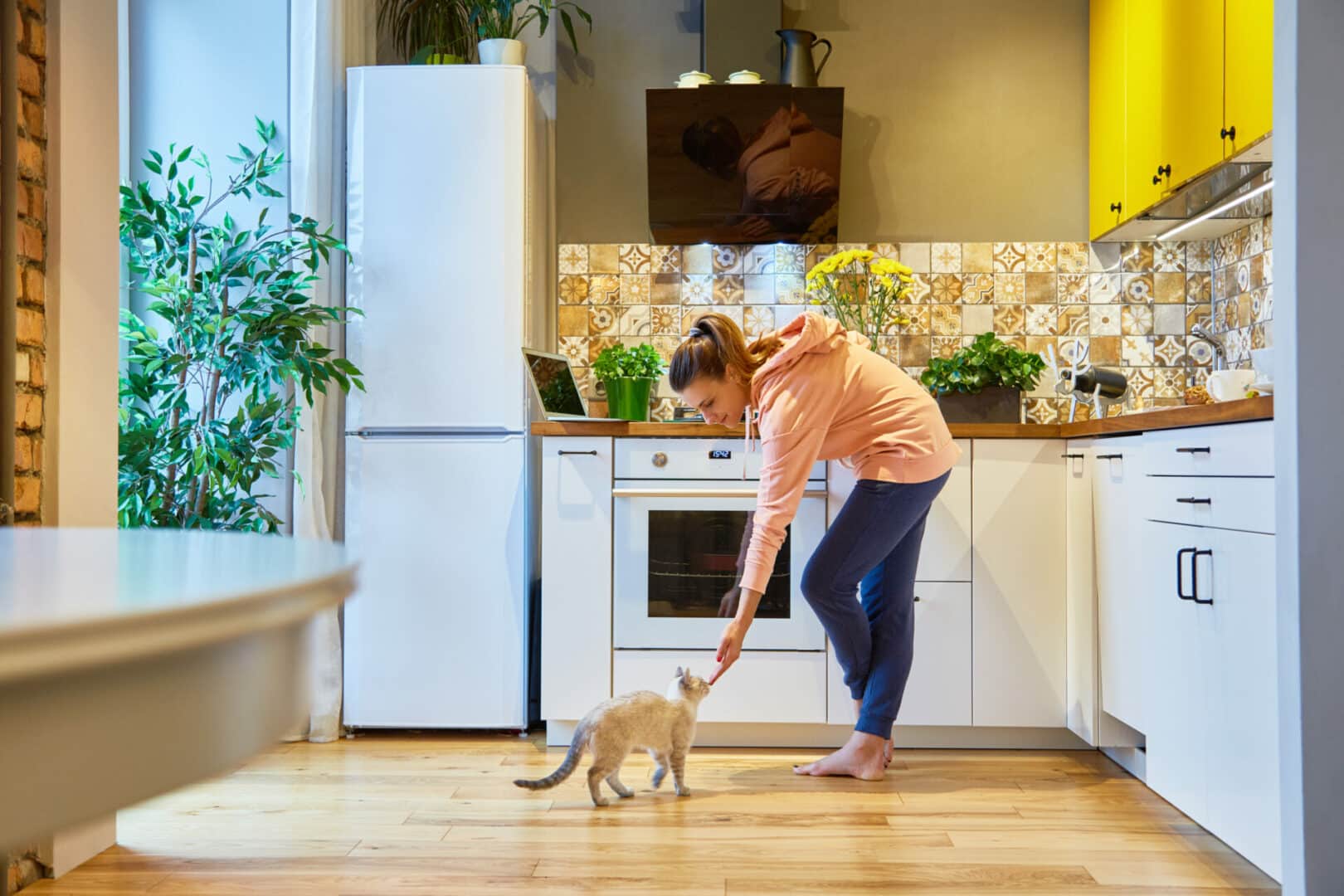 …So, Can Cats Eat Bacon?

In short, yes. It is 100 percent safe to feed your cat bacon. There isn’t anything toxic about bacon for cats.

Why? Well, remember, cats are mostly carnivores. They need meat to survive. Bacon is a pork product that does offer a decent amount of protein. So, every now and then, it’s not a terrible idea to reward your cat with a little bitty piece of your breakfast.

Why Is Bacon Bad for Cats?

Cats shouldn’t be eating bacon in large quantities or on a regular basis. That’s because bacon is loaded with a ton of sodium and fat that isn’t the greatest for a cat’s diet (or a human’s either!) Cats aren’t going to the gym as many humans do. Instead, they’re sleeping around 70% of the day.  And,  with some cats acting more like lapdogs than tigers, a diet with tons of bacon can only lead to weight gain or cat obesity.

There are more negative side effects to feeding cats bacon often. The sodium content can lead to high blood pressure and chronic dehydration for your cat. Combined with the high-fat content in bacon, your cat can also be at risk for clogged blood vessels too. These conditions are all preventable. One step? Don’t feed your cat bacon all the time! 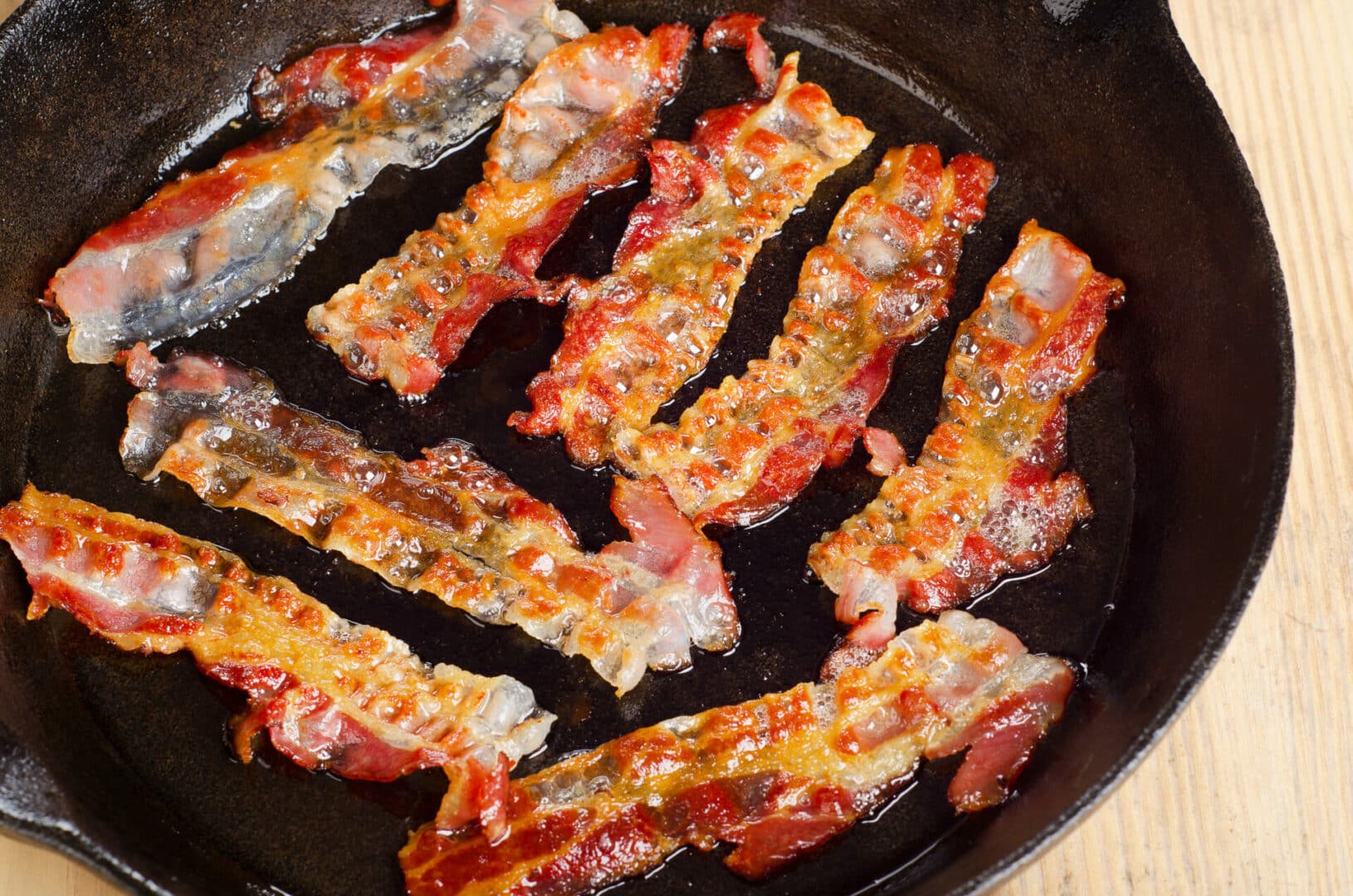 Which Kind of Bacon Can Cats Eat?

As we discussed, bacon isn’t great for cats. But, it can be enjoyed as a treat every once in a while. When you decide to treat your cat, you need to make sure you’re giving your cat bacon they can eat.

First off, cats generally shouldn’t eat raw bacon, especially if it’s cured. This puts your cat at risk for parasites. If you do want to feed your cat raw bacon (or any raw meat), it is best to speak with your vet to see if it is safe for your cat.

Fully cooked bacon or bacon bits are probably the most acceptable forms of bacon your cats can eat. Heat kills bacteria and parasites, assuring that your kitty is safe from any potential dangers in raw meat. So, if you’re looking to reward your cat with a little bit of morning bacon, cooked bacon is always the way to go. Just make sure it isn’t too hot for your cat to eat!

What about bacon alternatives? Turkey bacon, which is probably the most popular substitute, is safe for cats. It does contain less fat than regular bacon, making it a healthier alternative. Yet, turkey bacon also has a very high salt content, meaning it should be consumed in limited amounts just as plain old bacon would. 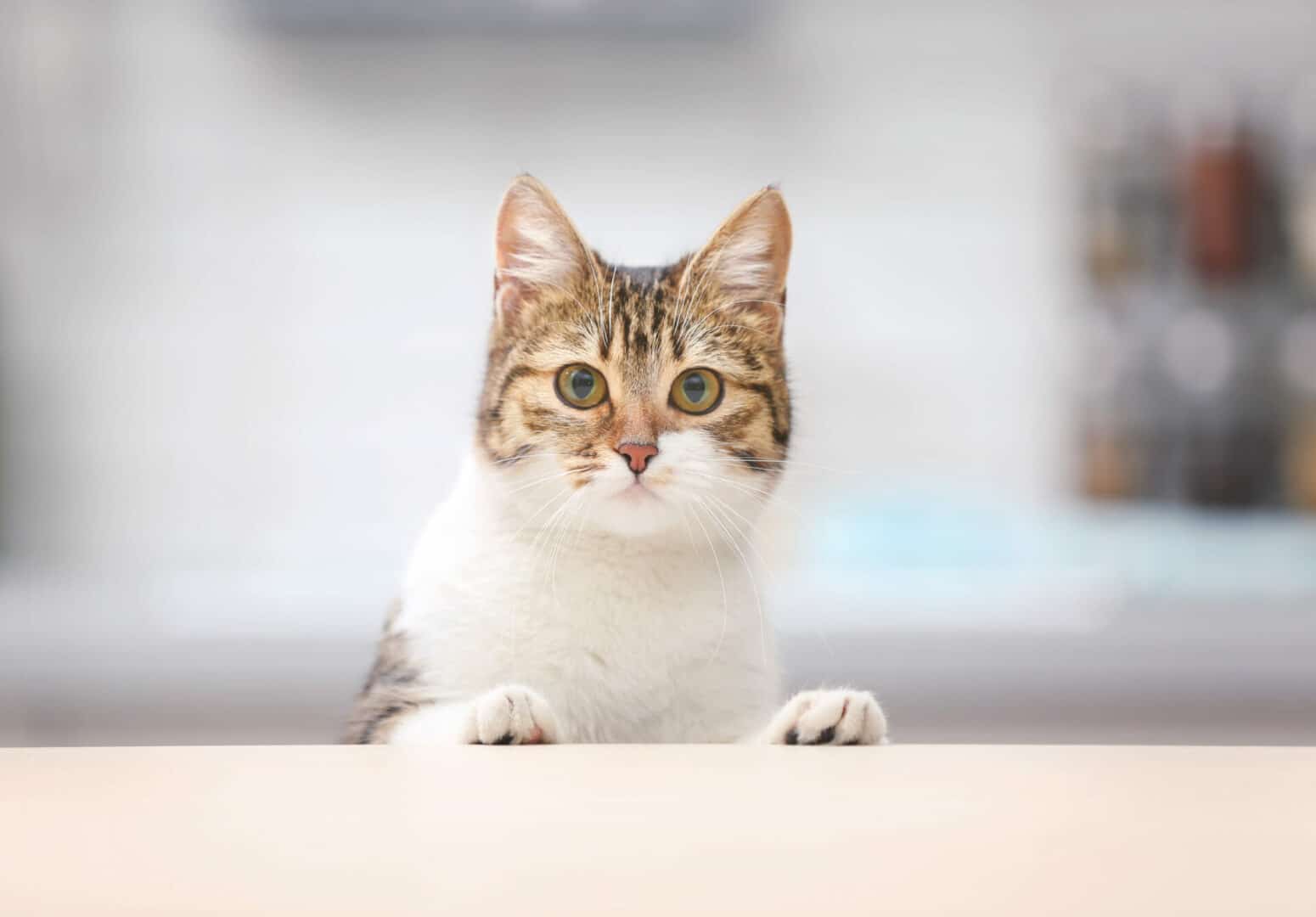 What Should I Do If My Cat Eats Bacon?

Ok, so your cat hopped onto the breakfast table and stole a piece of bacon. Now what? First, don’t freak out. Bacon isn’t going to poison your cat. Just be prepared for your cat to have some short-term side effects.

If a cat eats a normal human serving of bacon (or at least a strip,) the cat will most likely get a stomach ache. You may notice your cat being less active and seem uncomfortable. Your cat will most likely also vomit, so pay attention when you walk. There’s no need to step in any unnecessary messes.

It is unlikely that your cat will get very sick from eating a larger amount of bacon. But, it is always important to air on the cautious side. Pay attention to your cat for 24 hours to ensure your furry baby isn’t experiencing too much discomfort.

The next time you’re cooking up breakfast, and the house smells of bacon, you’ll be for sure teasing your kitty. Now, if you haven’t given your cat bacon at all (or in a very long time), you can let your cat join in the breakfast party with a little bit of bacon. But, be careful not to make it a habit – bacon isn’t the best treat for your cat in the long run.

Sharing is caring, and who better to share with than our feline friends. Check out this next article on CattitudeDaily.com to learn about some human foods you can share with your cat—in cat-sized portions, of course!