If you clicked on this article, chances are you’re familiar with one of the greatest silly comedies of all time, Dumb & Dumber. (Perhaps I speak for myself when I say that I’ve seen this hilarious classic at least a hundred times!) For two bonded cat brothers out of Quebec, they found themselves at the shelter just as many homeless kittens do. But thankfully for this purrfect pair, they didn’t have to get used to the shelter life. Their future cat parents saw them and instantly knew they were the ones to become a part of their four-legged family.

I have a soft spot in my heart for black cats—and it’s hard not to be crazy about these mini panthers of the cat world! So, something tells me if you love black cats, you’re going to really love Harry and Lloyd! 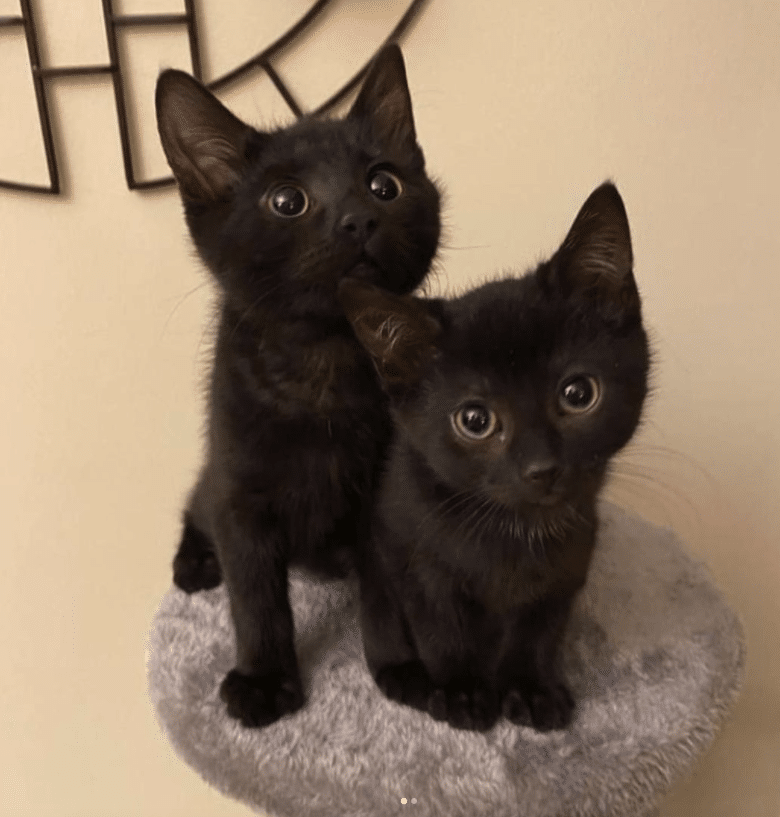 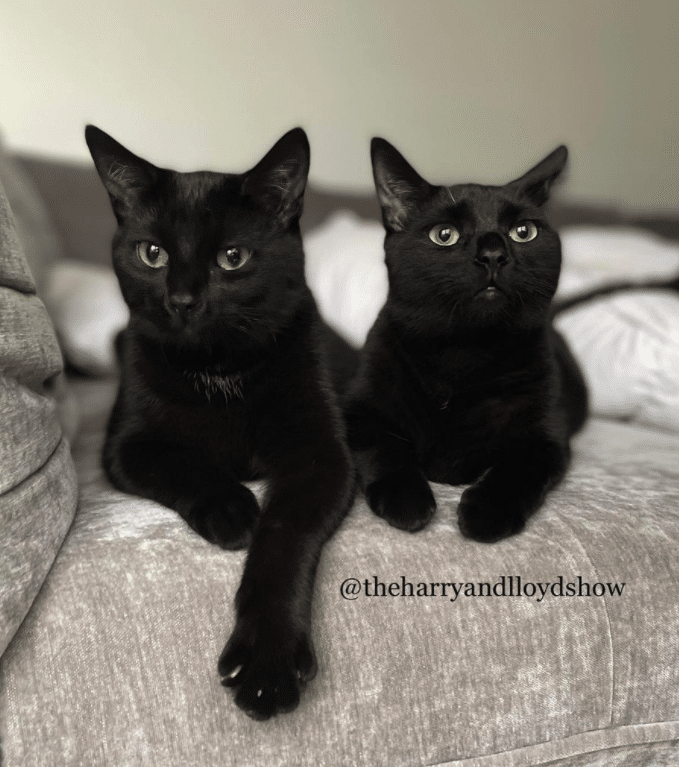 How did Harry and Lloyd come into your life?

We saw Harry & Lloyd for adoption on the SPCA website after a few months of searching for a pet to join our family, they had only been available for less than an hour and we were lucky to see them at the right time. We knew at first sight that they were the two for us. They are twins from the same litter and came as a bonded pair and it really shows.

How did you decide on their clever names?

They are named after Jim Carrey & Jeff Daniels in Dumb & Dumber, and their Instagram handle is inspired by The Truman Show, we are Jim Carrey fans. 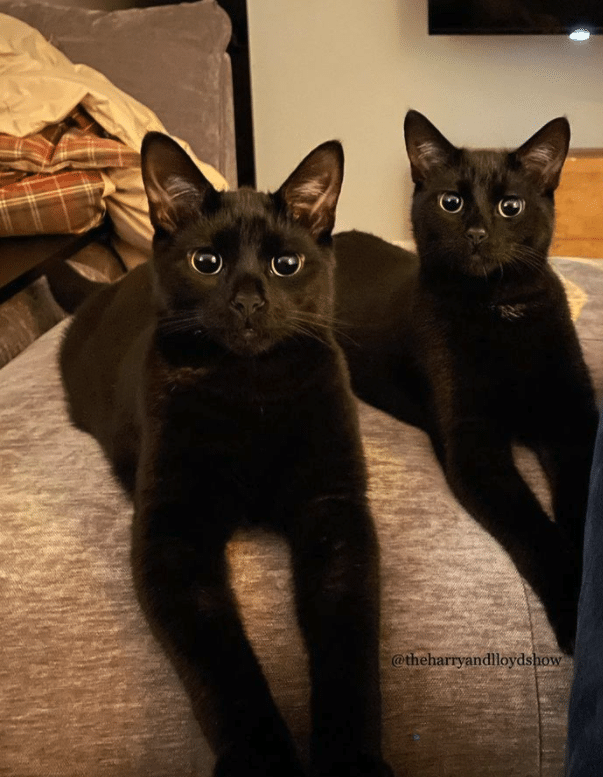 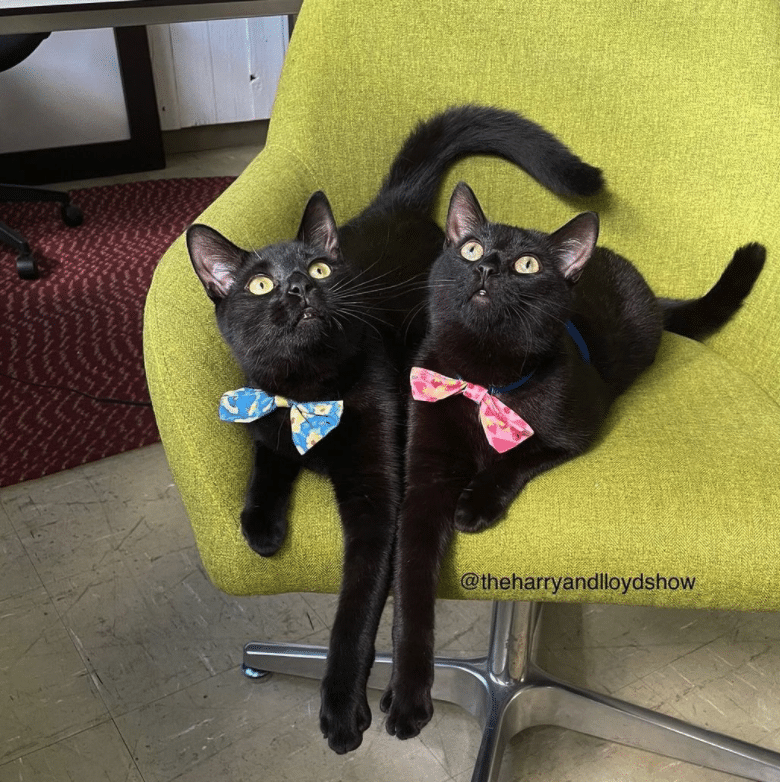 Harry is vocal, adventurous, and he has a lot of energy! He can be possessive which he shows with his big snuggly side.

Lloyd is quiet and more timid, but that doesn’t slow him down, he keeps up with Harry at every turn when he is not too busy napping.

Harry likes to go look for any undiscovered territory in the house, whether it is above the fridge and cupboards or sneaking in the basement storage areas. 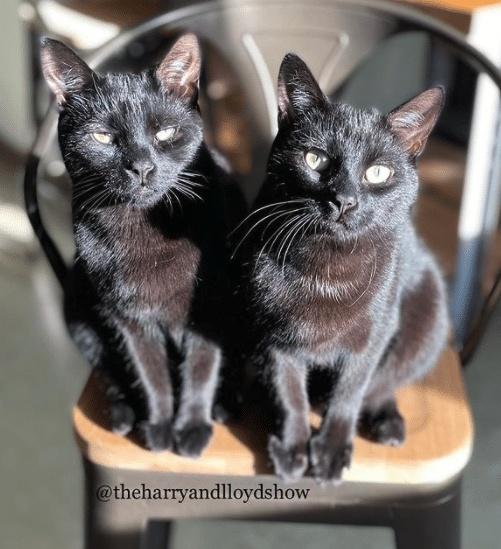 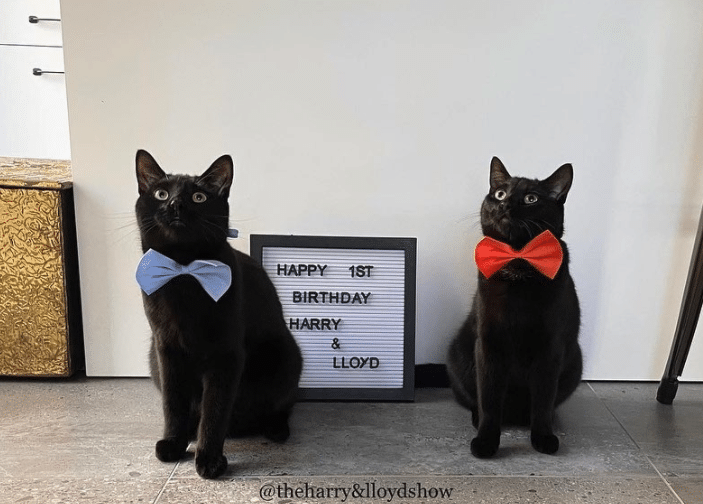 What’s something special you’d like people to know about Harry and Lloyd?

Something special about Harry & Lloyd is that they are a very bonded pair, and because they feel so safe together, they are comfortable in new environments and feel at ease meeting new people and furfriends. They also love dressing up and meowdeling bandanas and other items handmade by their meowmy.

I’d like to give a special “thank you” to Harry and Lloyd’s cat parents, Amanda and Jordan, for allowing me to share their story and adorable images with all of the Cattitude Daily readers. For more of this terrific twosome, check out The Harry and Lloyd Show on Instagram. 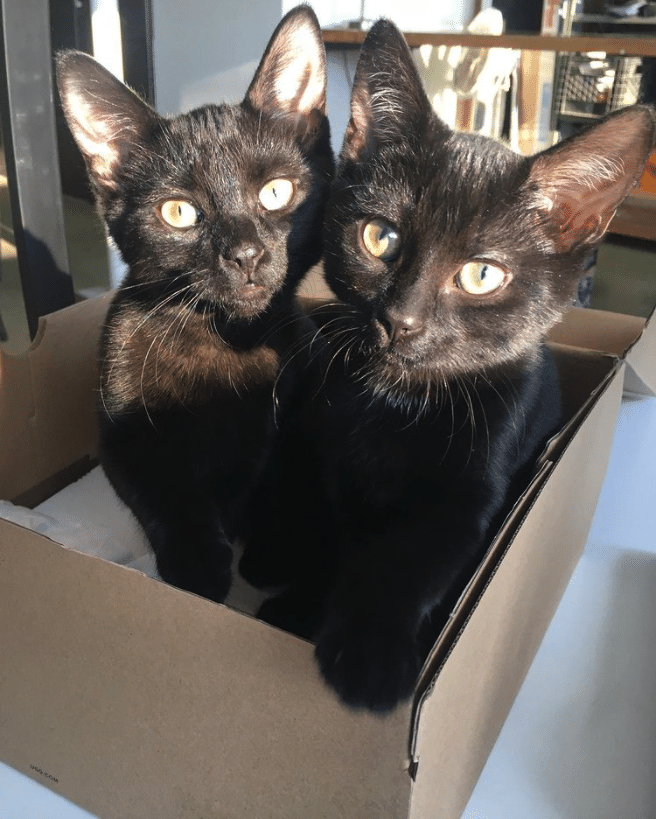 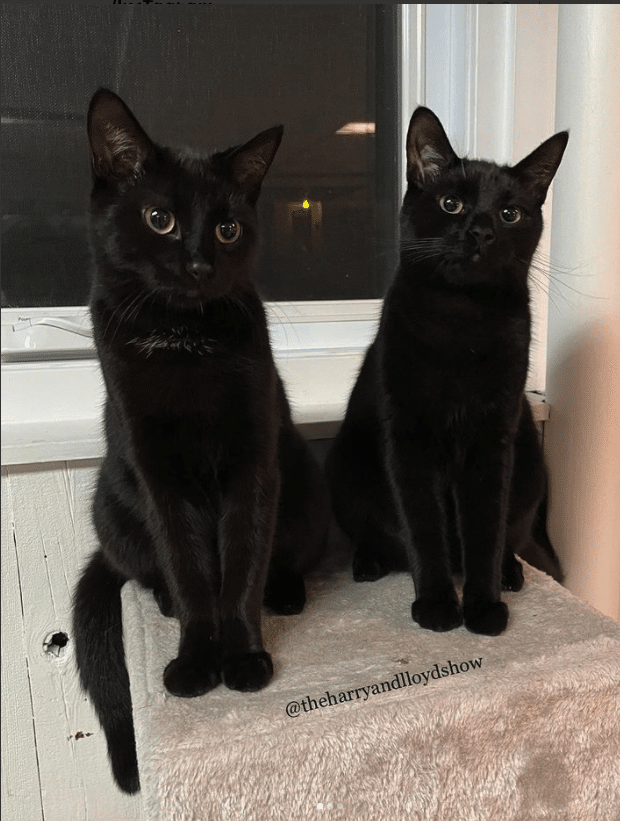 All Images Courtesy of The Harry and Lloyd Show on Instagram