In life, friends can come in all shapes and sizes. This is especially true when it comes to felines and equines. Did you know that cats and horses can become close friends? We have some pretty purrfect reasons for you as to why, and we guarantee you’ll look at their relationship in a whole new light once you read this! 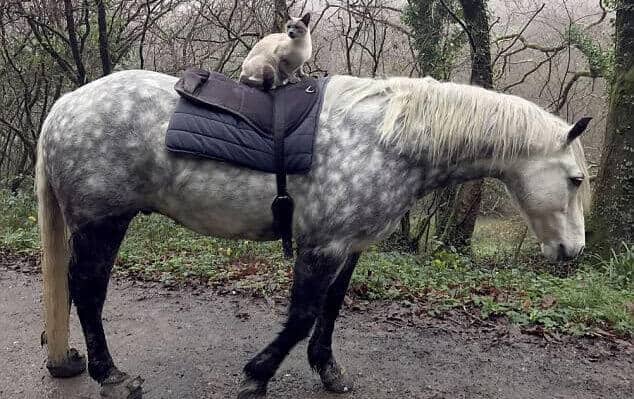 Despite their size and temperament, these two animals actually aren’t that different

Forget everything you know about the stark differences between these two animals. Strictly focus on the spirit of both of these animals for a moment. Natural horse care consultant and associate editor of Natural Horse Magazine Lisa Ross-Williams weighed in on the unique bond shared between these two animals, and why often times lovers of horses are lovers of cats, too:

“Most people look at me dumbfounded when I say that cats are a lot like horses. Granted, cats are supreme predators and horses the ultimate prey animal ­two totally different mindsets in that  aspect, in diet as well as instinct. However, there are many ways they are alike and perhaps that is why so many horse people are also drawn to cats.”

Despite the fact that cats aren’t herd animals like horses, their curiosity draws them in

If there is anything that we know about cats, it’s that they are overly curious by nature. Cats don’t always take to dogs due to dogs’ assertive nature, but although horses are herd animals like dogs, their generally calm disposition is inviting to a cat.

And for a horse, a cat is inviting as they do not pose a threat. Remember, the horse is instinctually hardwired by their prey-driven fears, and even though cats are far smaller, a horse will remove themselves from any creature that presents danger in their minds. Cats, for the most part, do not make them feel this way and this creates curiosity in both animals to form friendships.

Horse lovers generally keep a few cats in the barn to keep rodents away from the feed, and that is usually how cat–horse friendships are born. They are both highly sensitive creatures

Not only are these animals both intuitive, but they are also highly sensitive beings who are driven by fear, i.e. loud sounds and sudden movements. Think about your own relationships in life. Are you drawn to others who are similar to you? Then the same can be said for cats and horses, they’re the purrfect pair outside of their own species!

Both cats and horses are highly sensitive, picking up on all sorts of nuances that we humans often miss. And similar to horses, cats can show a general wariness in the presence of humans…especially those that seem suspicious.

“Cats and horses are extremely sensitive to their environments and the emotions of other beings in the family.” — Lisa Ross-Williams 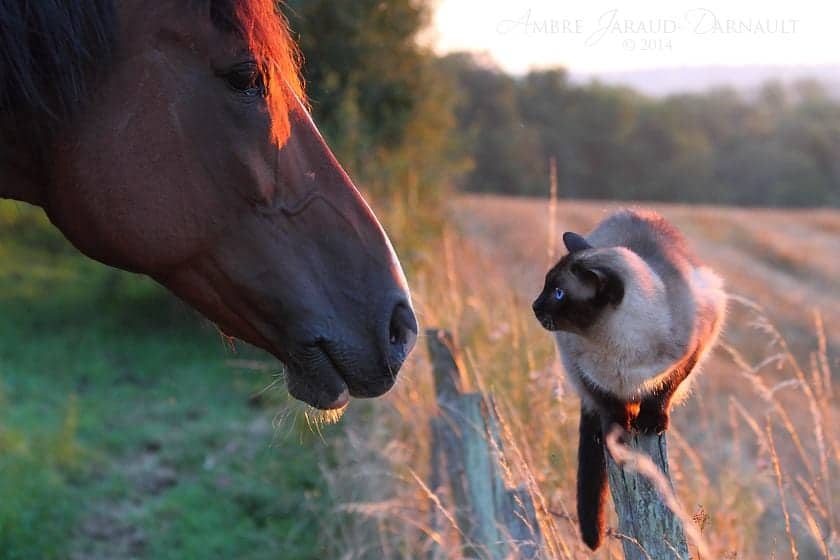 They both love to play!

Okay, okay, we know that dogs play, too. But remember we are strictly focusing on the relationship between cats and horses for the purpose of this post. For both felines and equines, play is high on their list of priorities. In the wild, feral cats and wild horses dedicate much of their time to playing. And both of these lovely creatures are particularly drawn to their natural element. Connecting with the environment and the world around them brings them both much happiness.

For these domesticated felines and equines, Lisa Ross-Williams stresses that “a natural home that runs with consistency and low stress is very important. Being such sensitive creatures, when there is a disturbance in their lives it eventually shows up in a physical manifestation of disease.” 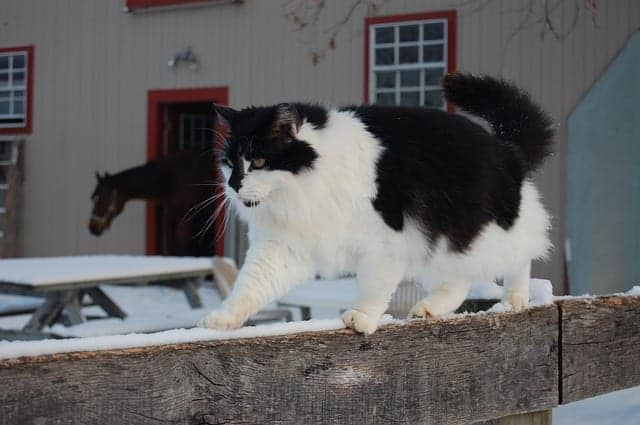 For both, respect and love must be earned

While some people argue that horses do not show love, this is entirely untrue as it’s been proven that they show their affection in a several ways. Nuzzling, for example, would be a way that a horse shows their affection, just as a cat head bunts to show theirs.

“Cats as well as horses don’t automatically view you, a human, as worthy of their respect and love, unlike dogs who often freely give this, even to guardians/  owners who mistreat or abuse them. A dog will often be happy and wag his tail to whomever  he may live with. Cats and horses might take food and physical comfort from someone who  abuses or neglects them, but they won’t respect, give love, or trust.” – Lisa Ross-Williams

And the best part about earning the respect and love from one of these beautiful animals? As long as you are true to them, they’ll always be true to you!

Guess that explains all those barn cats, huh?! Did you learn anything new from this article? Don’t forget, sharing is caring!

Did you love this article? Then pin it! 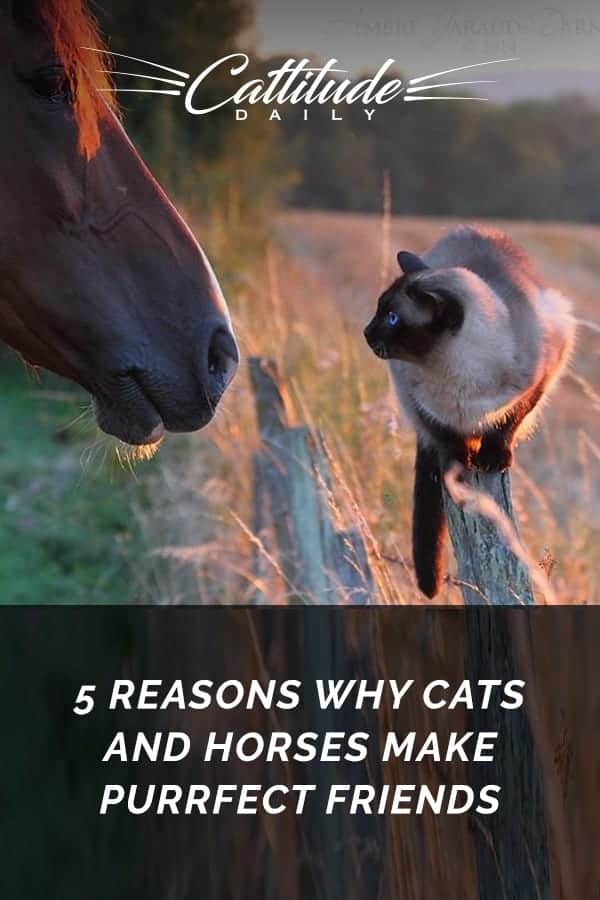