10 Ways To Know Your Cat Needs To See A Vet

We can learn everything there is to know about feline body language and even download this new app that claims to translate meows, but we can’t ask our cat specific questions and get real answers. The language barrier gets in our way, and if you’re not careful, it could have an impact on your cat’s health and well-being. When your cat is sick or injured, you can’t rely on them to tell you what’s wrong. It’s up to you to know when your cat needs to see a vet. Here are a few things to look for to help you make this important decision.

1. Their Litter Box Habits Have Changed 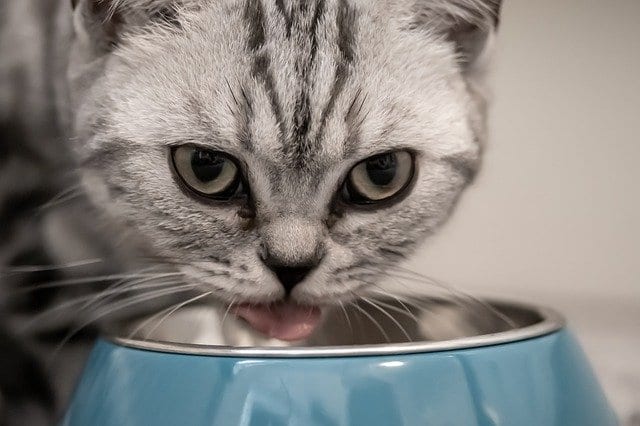 2. They Are Eating More or Less Than Usual

A change in appetite is a symptom of too many health problems to list. It could be something to do with the digestive system, or it could be a different kind of illness that is making your cat either more or less hungry. Some cats always act like they’re hungry, so this can be tricky, but any unusual behavior around meal times is cause for concern. If they go more than a day without eating anything at all, the problem could be serious.

3. They Are Sleeping More or Less Than Usual

A lot of cats like to spend their days moving from one nap spot to the next. Older cats especially know how to appreciate a good rest, but there are times when excessive sleeping isn’t normal. Only you will know when your cat’s sleeping patterns change. This could mean they’re sleeping a lot more or a lot less. It could also relate to low energy in general or not getting excited about things like they used to.

4. You Notice Discharge Coming From Their Eyes or Nose

The occasional watery eye isn’t something to worry about, but if it happens often, or if the discharge is thick or an odd color, your cat needs to see the vet. Discharge from the eyes or nose is often a sign of respiratory infection. It can also be paired with sneezing, snoring, or panting. And if it’s only one eye that seems to be constantly leaking, you could be dealing with a blocked tear duct. Either way, it’s best to have it checked by a professional. 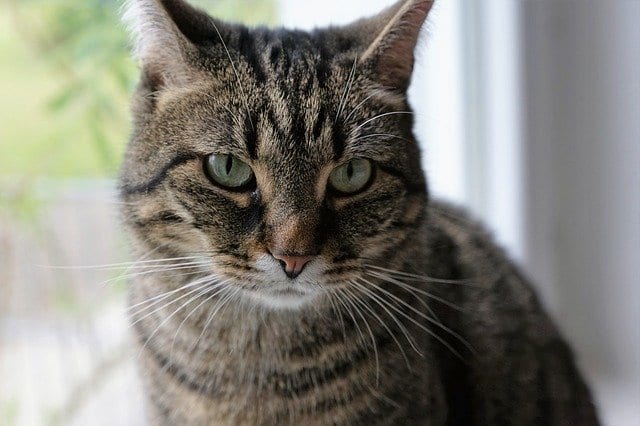 5. You Feel An Unusual Lump or Bump

New lumps and bumps are always cause for concern. It doesn’t always mean cancer, but there is that risk. If the lump seems to grow quickly or starts to ooze or bleed, schedule that vet appointment sooner rather than later. If it is the dreaded “c” word, your cat’s chances of survival will be better if the disease is caught early.

6. They Are Coughing or Wheezing A Lot

When a cat coughs, it can sound like they’re trying to hack up a fur ball, but nothing comes out. The occasional cough is okay, but if you notice it happening for more than a day, there’s most likely a problem. The same goes for prolonged wheezing. It could be asthma, allergies, or something serious like heart disease. If the issue doesn’t resolve itself in a few days, your cat needs to see a vet.

7. They’re Constantly Shaking Their Head Or Pawing At Their Ears

Cats get ear infections when dirt and wax builds up in the ear canal. Some cats suffer from chronic ear infections, and no matter what, it’s always painful. They often shake their heads or paw at their ears in attempts to soothe their pain. You should also look for redness, swelling, or discharge. They’ll need medication from a vet to start feeling better.

8. Their Gums Are Any Color Other Than Pink

A healthy cat will have pink gums. But if you look in your cat’s mouth and their gums are any other color, there’s something going on with their health. Red gums can indicate severe dental disease that can affect a cat’s appetite and send bacteria into their bloodstream. If the gums are white, the cat could be severely anemic and be in need of immediate veterinary care. 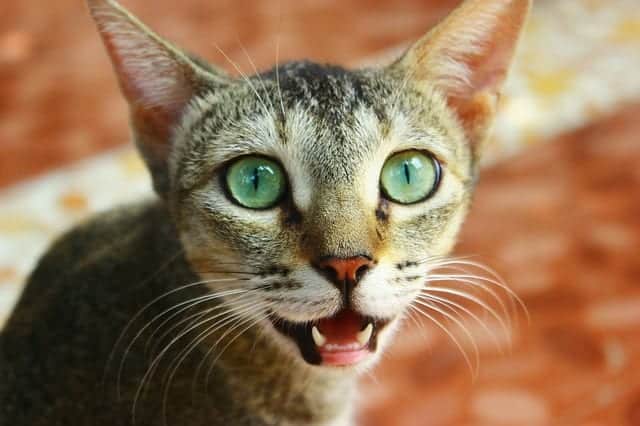 An obvious limp that lasts for longer than a day is a cause for concern. Even if you don’t see an injury, your cat could be suffering from a sprain or even a break. Arthritis can also cause a cat to limp. Besides limping, cats can also move like they’re suddenly uncoordinated or dizzy. If the problem persists, talk to your vet.

Cats vomit. They usually do it on your clean carpet and sometimes even your bed. And besides the cleanup, it’s usually not something to worry about. The concern comes in, however, when they’re vomiting on a regular basis. Throwing up more than once a day or for several days in a row isn’t normal. If they’re still eating and drinking like normal, it’s probably something minor. But if they start refusing meals, your cat needs to see a vet.

It would be impossible to list every possible symptom related to an illness or injury. The bottom line is, if you think something is wrong with your cat, you’re most likely right. And even if you’re not, talking to a vet is never a waste of time. As long as you listen to your instincts and prioritize your cat’s health, you’ll know what to do.

How To Introduce Your Resident Cat To A New Kitten