Cats do lots of interesting things. They are hardwired to chase moving objects as they’re predators and this excites them. But what about when they chase things that aren’t going to be a snack for them? Well, laser pointers and light falls high on this list. And it makes many of us cat owners wonder what the heck it is they are doing and why they are doing it. Have you ever wondered why it is that cats must slay the red dot? Here I’ll uncover for you the reasons why to give you better insight into the feline mind.

So, Why do Cats Chase Laser Pointers? There’s a Few Reasons, Actually… 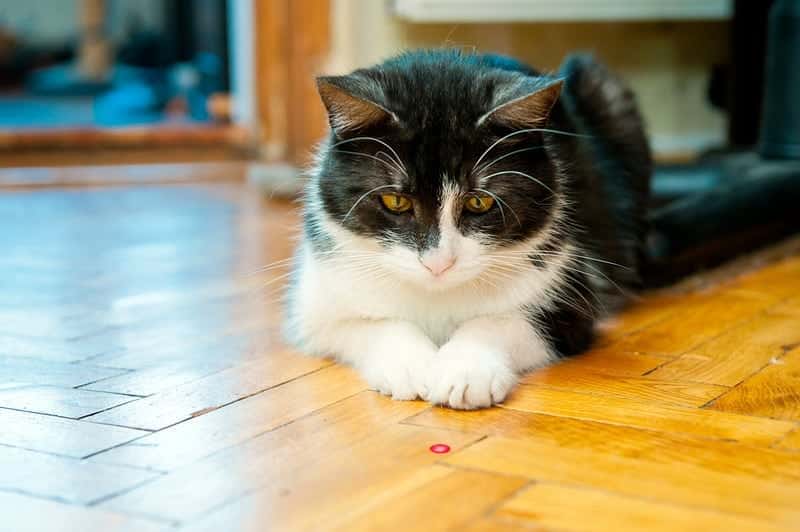 1. Your Cat is a Predator and Never Forget it

Yes, your cat is well-fed and they have a warm bed and they aren’t forced to suffer or fight to the death for their next meal out in the wild. But in their minds, they are fierce tigers that are ready to pounce on their prey at a moment’s notice. Your cat has amazing reflexes when it comes to something that quickly catches their interest…like that dot mimicking prey that’s traveling quickly across your living room. Does your cat actually think that the light is a mouse or a bug? Probably not. But to them, this is an exciting game and they want to actively participate.

A lot of people don’t realize just how intelligent and athletic their cats actually are. Your cat simply loves to stimulate their mind. It’s good to give them ways to do it, this way they are happy and using that mighty brain of theirs. And, interestingly enough, the cat brain is much more like the human brain than you might realize! 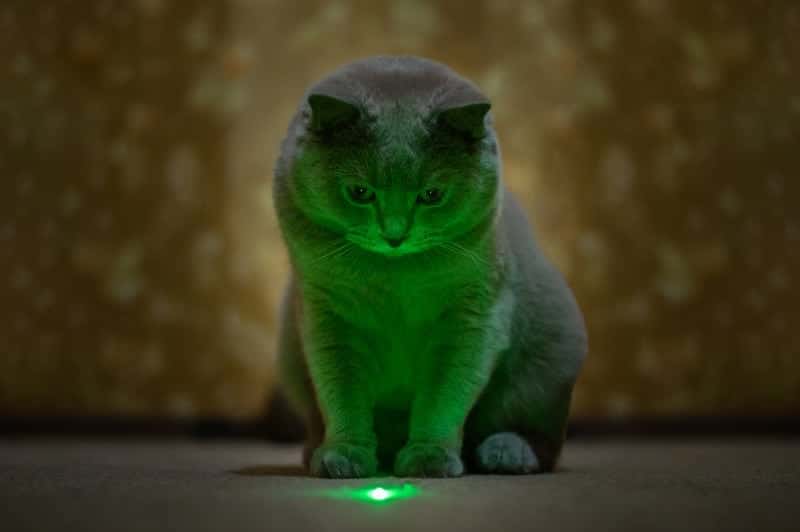 2. Your Cat’s Eyes are Different From Yours

Cats have pretty amazing eyes. And although their eyesight in close range isn’t too great, they do possess the ability to see in very low light situations. We know that cats get eyeshine, or as some people refer to it “eye glow”, and the way that a cat’s eyes are structured is much different than ours. Eyeshine is the technical term used to describe the glow that appears when you look at a cat’s eyes in photographs or when a bright light is flashed in their direction in dim lighting. And because of this, the dancing light they see from those laser pointers is very intriguing to them.

This is also because the color that they see is not like the color we see when they look at the light projected from these laser pointers. But no matter what you do, you should never shine one directly at their eyes. Not that you would, because you love your feline friend. If you ever see someone do this kindly ask them to stop ASAP. It’s not nice and could actually damage their eyesight. 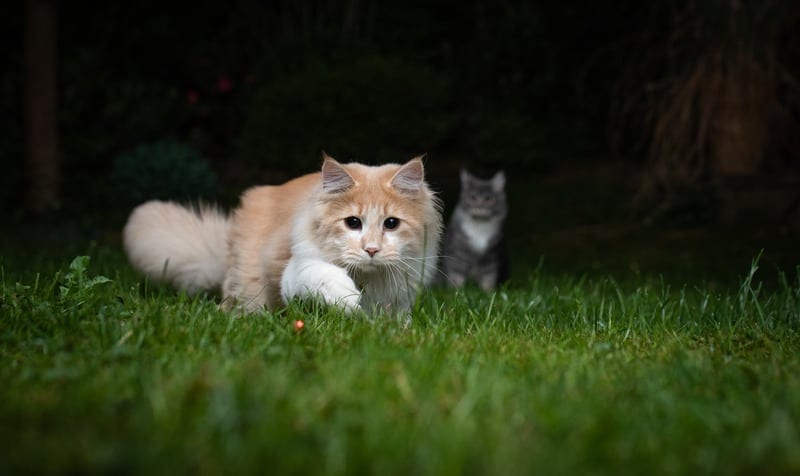 3. Your Cat is Persistent

When a cat sets their mind to something, they aren’t going to back down to get it. This is especially true when it comes to that food bowl of theirs that must be filled to their liking. The issue with laser pointers is, there’s no crucial end to the thrill of the “hunt” they are doing with it. They are never going to actually slay that red dot and have a little light feast. When your cat hunts, there are three key steps which need to happen or your cat could grow incredibly frustrated: stalk, pounce, and catch the prey. According to PetMD.com, you could possibly be leaving your cat’s desires unfulfilled with laser pointer play because of it. Happy cat, happy life. I think that goes without saying! So tread carefully, my friend.

Did this better answer your desire to know why do cats chase laser pointers?

I hope so. And, if want to excite your cat in a fun way, there are a lot better ways to do it than to leave them hanging with a fake hunt that has no end. There are fun products like kitty fishing toys which can allow your cat to chase and catch a fake mouse which will be much more rewarding to them in the long run. Or, if they really seem to enjoy the laser pointer play, toss a few treats out to them as a reward for being such a mighty little hunter. 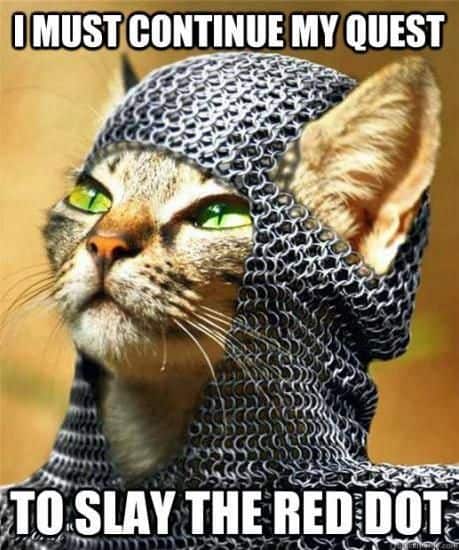 Have you ever wanted to know why it is that some cats like to lick plastic? Find out here on cattitudedaily.com.

why do catswhy do cats chase laser pointers
0
FacebookTwitterPinterestEmail

Meet Bowie The Tuxedo Cat: A Cool Cat With Even Cooler Eyes