These black and white cats who look as if they’re in suits are a favorite for many cat lovers worldwide. And with their super cute markings, they almost look like feline panda bears. Unlike ginger tabbies which are predominantly male and calico cats which are almost always female, there are an equal number of male and female tuxies in the world. Tuxedo cats are best known for their bi-colored coat markings and their loads of so-called “tuxietude.” But what else do you know about these two-toned cats?

Here are some great facts about tuxedo cats that all cat lovers will enjoy! Not all black and white cats are tuxedo kitties.

Contrary to popular belief, a black and white cat doesn’t always equal a tuxedo cat. For a true tuxedo cat, it almost appears as if the cat is wearing formal attire—hence the fancy moniker. These popular cats typically have white feet, white underbellies, and white markings on their face and throat.

And as to what causes those terrific tuxedo markings? Well, obviously it’s genetics. But there’s more to it than that! Scientists have discovered that those markings that we love get their distinctive piebald patches (which can also be seen in some horses) as early as the womb. A recent study was conducted to further explain this coat phenomenon at the University of Edinburgh’s Medical Research Council Human Genetics Unit.

Dr. Richard Mort who was affiliated with the study says:

”We already know cells move through the developing skin to create pigment. We have discovered that they move and multiply at random which is not what was expected. Using a mathematical model we were then able to show that this simple process could explain piebald patterns.”

Additionally, a Mathematical Biologist from the University of Bath, Dr. Christian Yates adds:

“Piebald patterns can be caused by a faulty version of a gene called kit. What we have found is counterintuitive. Previously it was thought that the defective kit gene slowed cells down but instead, we’ve shown that it actually reduces the rate at which they multiply. There are too few pigment cells to populate the whole of the skin and so the animal gets a white belly. In addition to kit, there are many other genes that can create piebald patterns, the mathematical model can explain piebald patterns regardless of the genes involved.” 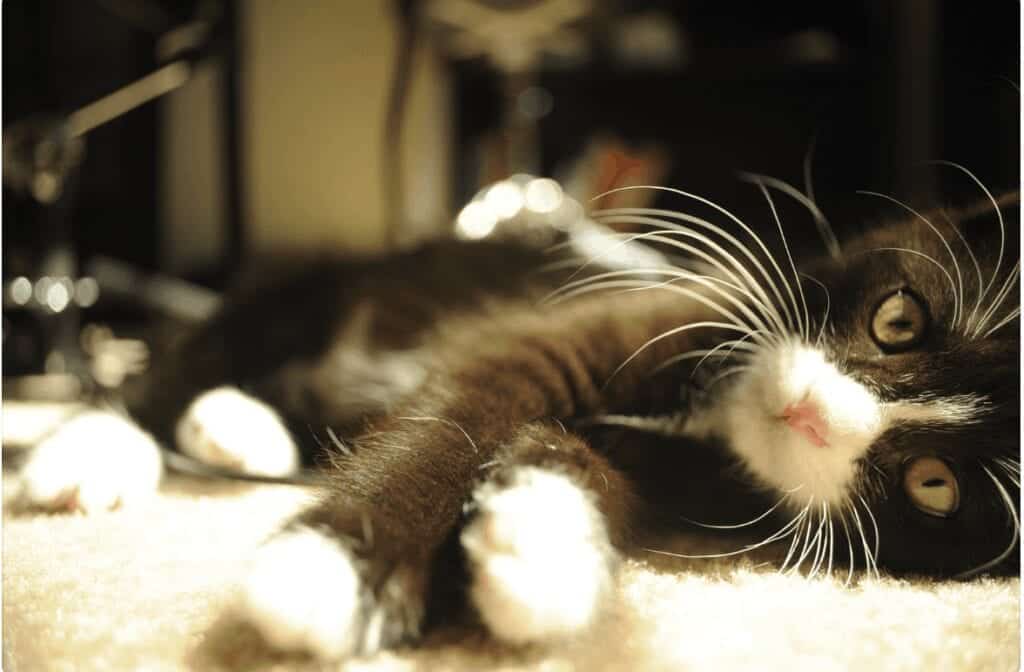 This further explains the popular socks or “puss in boots” pattern that cat owners know all too well. Tuxedo cats are perfect examples, and this coat pattern is also seen in some tabbies. Tuxedo kitties are not an actual breed of cat.

The term tuxedo cat refers to a cat’s coat pattern, not its breed. There are many cat breeds that can have piebaldism—which is the technical term for these bi-colored cats! These cats can be long-haired or short-haired and often vary in size.

But did you know that cats are not the only mammals to have the famous “socks” that these cats have? In fact, these white splotches of pigment can occur in pigs, deer, horses, dogs, guinea pigs, birds, and, in rare cases, humans.

But according to research, this white pigmentation is most commonly found in felines.

There are even “black tie” tuxedo cats that have a black spot on their chest that makes it appear as if they’re wearing little bowties!

Almost all of these kitties have sparkly green eyes.

We know that kittens are born with blue eyes. But for tuxedo cats, their eyes almost always transform into a lovely shade of jade green. For some, their eyes can be yellow or orangish in color, but green is by far the most common for these two-colored cuties.

There are many famous tuxedo cats in pop culture!

You might not realize it off the top of your head, but there are actually many famous tuxedo cats! Sylvester the cat of Looney Tunes fame, Felix the Cat, and The Cat in The Hat are three rather famous tuxedo cats that have countless fans the world over.

Figaro of Disney’s Pinocchio is another famous tuxedo cat, as well as the magical Mr. Mistoffelees from Andrew Lloyd Webber’s classic Broadway and live-action movie, Cats. These are cats with ultimate cattitude!

Is there really anything better than cats with cattitude? Tuxedo cats are well-known for their cattitudes, appropriately called “tuxietudes”. While tuxedo cats can be very affectionate and sweet when they want to be, they’re often sassy, silly, rambunctious, and downright fierce!

Don’t believe us? A study on cat temperaments in relation to coat color was done in the UK, and it seems that black and white cats topped the list as the most “stroppy” of all cats. And while this word isn’t too common in the US, it purrfectly describes tuxietude: someone who is hard to deal with! Bottomline: tuxie cats don’t take any crap from anybody—human or animal! Tuxedo cats name facts: Curious what the most popular names are for these black and white cuties? Well, it seems that belongs to: Socks, Felix, Panda, Figaro, Penguin, Oreo, Patches, Domino, and Sylvester

Do you share your life with a tuxedo cat? Tell us in the comments section. And if you know anyone who loves tuxies, share this article so they can learn something about these fancy little felines!

Check out the Cattitude Daily’s YouTube channel for a cute video featuring our fans’ tuxedo cats!

Why Do So Many Tuxedo Cats Have Ultimate Cattitude?

(**For the sake of this article, I am referring to classic black and white tuxedo cats**)

When it comes to cats, all are truly unique. You can have cats of the same litter and they can have totally opposite personalities. And there are many cats of particular breeds that defy the traits that their breed is known for. But, when it comes to tuxedo cats, it seems that we can all agree on one common theme: tuxedo cats have cattitude. 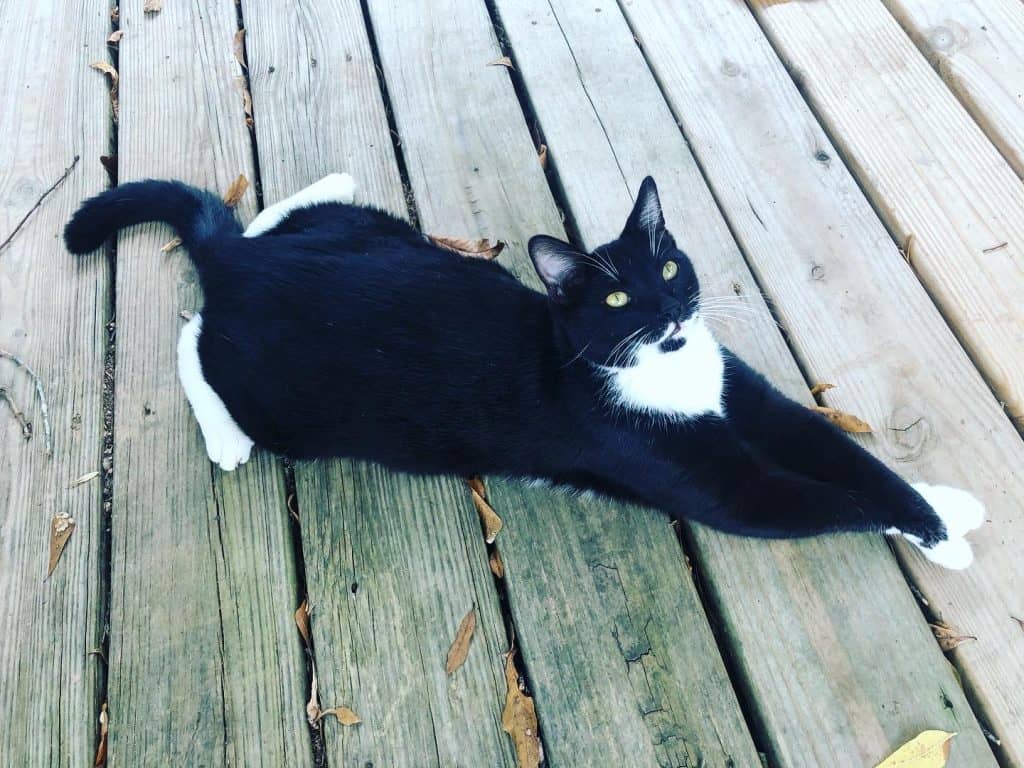 The funny thing is, I learned this firsthand with my tuxedo cat, Pepper. He was unlike any kitten I’d ever met. And his swagger as a mature cat is undeniable. If he doesn’t like something, you’ll be the first to know it. And he wears his look of disapproval on his face like a badge of honor.

I’ve been around lots of cats in my day, and I’ve been fortunate to encounter many other cat owners that all tell me what I’ve learned on my own: tuxedo cats have cattitude unlike any other cat that there is. 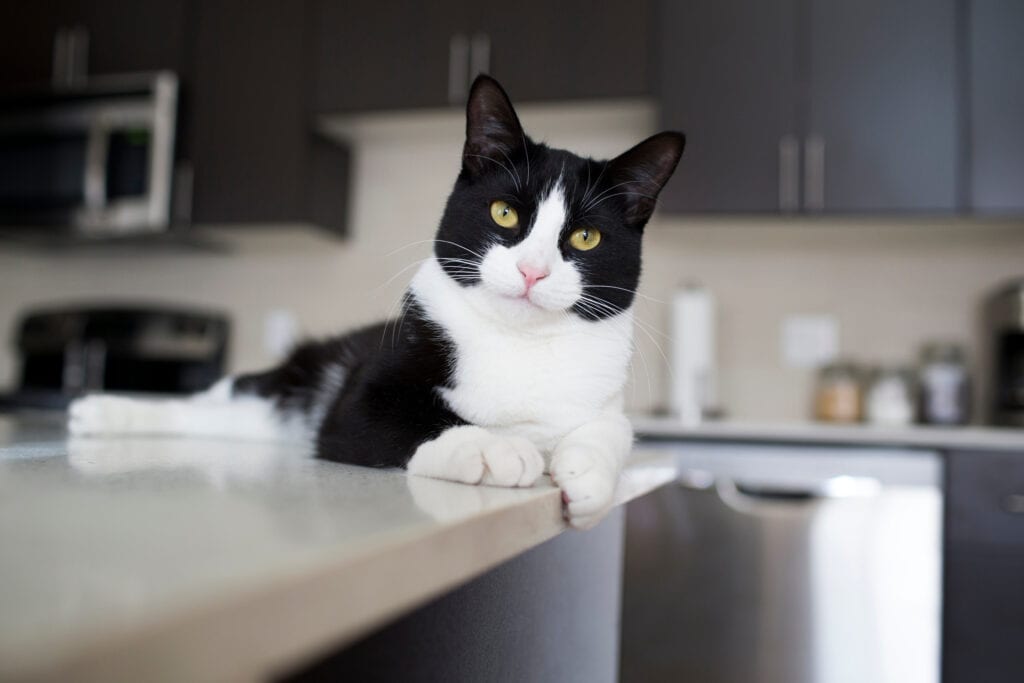 Okay, so this sounds a bit subjective if you ask me. But apparently there are some interesting stats to back up this claim. Additionally, nearly 70% of the cats depicted from Ancient Egyptian times were tuxedo cats. Talk about some “divine energy” right there! So, at the end of the day, maybe they fully realize what we’ve known all along:

“In ancient times cats were worshipped as gods; they have not forgotten this.” — Terry Pratchett

So, would you classify that as smarter? Or do they just have you better trained? I’ll just let you think on that one for a moment… 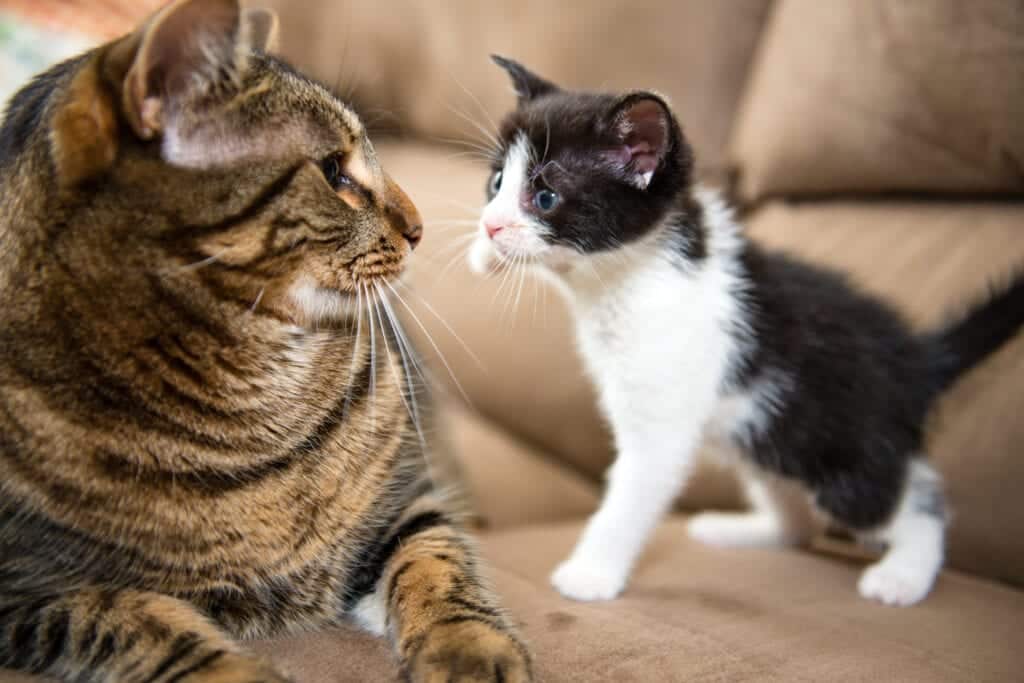 Some might claim that tuxedo cats have cattitude because they can be more aggressive, bossy, or confrontational

If anyone has a tuxedo cat like my cat, then they know all too well that these cats do not play around. I have finally earned the distinct privilege of being able to pet my Pepper’s belly without ending up with a forearm full of bites and scratches. And when it comes to playtime, I’ve observed my Pepper playing much rougher than I have other cats in the past.

Many often report that their tuxedo cat is much larger than other cats that they own, myself included. So, perhaps these cats are simply large and in charge—and want others to know it, too! 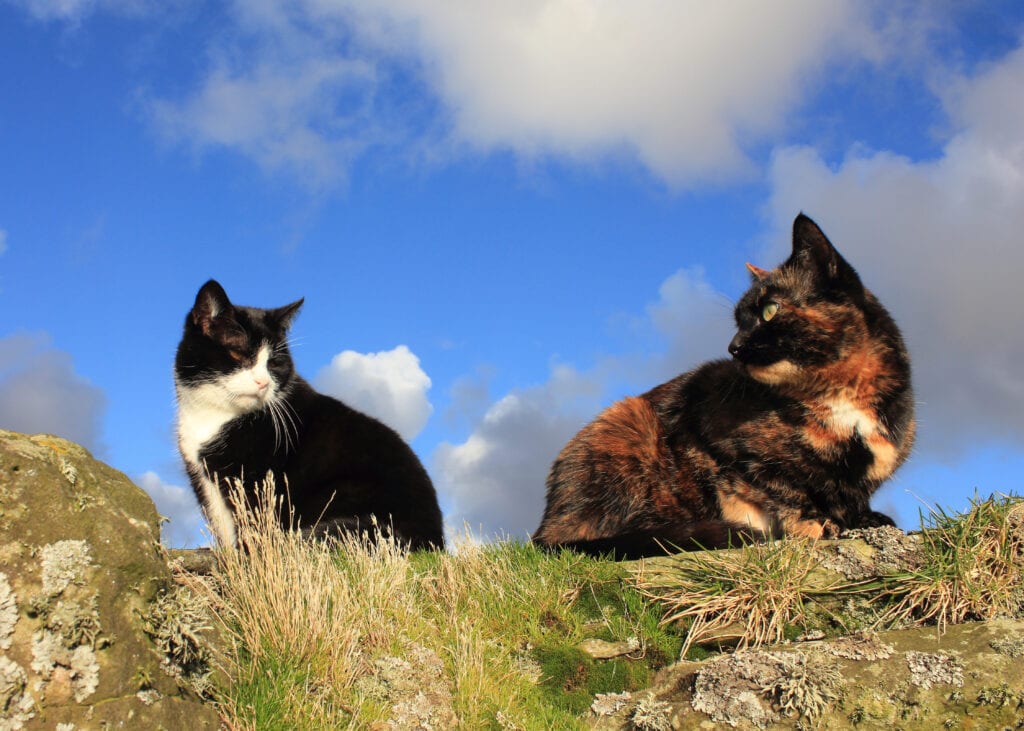 Tuxedo cats aren’t the only ones with ultimate cattitude

Tuxedo cats might take the cake for having the most cattitude, but it seems that tortoiseshell cats—AKA torties—are well-known for flexing their cattitude. So much so, there’s even a name for it: tortitude!

It makes you wonder if a cat’s coat coloring can truly have some sort of interesting correlation to their temperment. I’ve even written on a study out of the UK that polled 1,200 cat owners on various personality traits with their cats. Topping the list as cats with the most attitude were certainly tuxedo cats!

Know someone out there who loves tuxedo cats? Share this article with them and see what they think on this subject!