I see stories all the time of cats showing up at just the right time in the right places. It’s believed by many that cats simply know how to find the people who need them most or will treat them well. Maybe it’s a sixth sense, or maybe it’s fate. But whatever the reason may be, Jack, a very adventurous and handsome tuxedo cat, is living proof of it.

Jack was just a wee kitten when he was discovered by his cat dad, in very rough shape and in extremely low temperatures, and his eye badly infected. But thankfully for little Jack, he showed up on the front porch of a dedicated cat dad—and as they say, the rest is history! 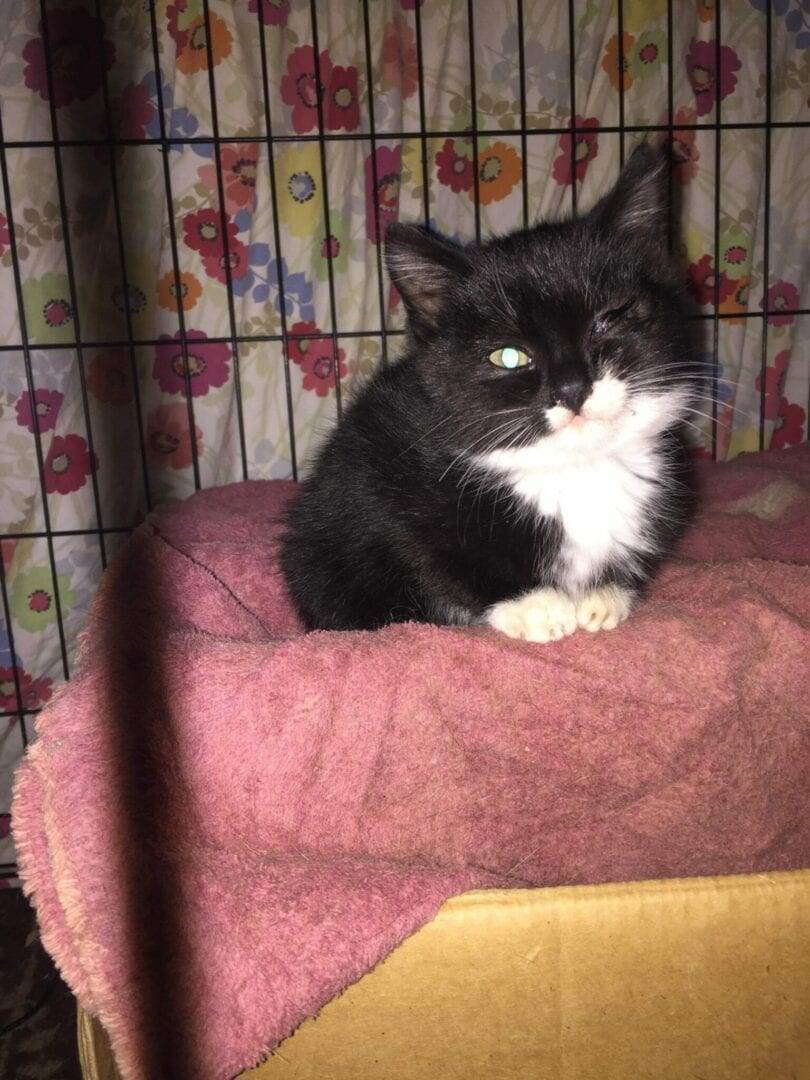 I caught up with Jack’s owner, Charles, with some questions I had about his handsome kitty, so keep reading to learn all about Jack the tuxedo cat and his happy ending.

I read in my group about how Jack was found literally on your doorstep in bad shape. Can you tell me more details about that?

Jack was found on December 15, 2019 on a Sunday morning. It had gone down to minus 10 Celsius or 14 Fahrenheit that night. Got up and started fixing a coffee in the kitchen when I thought I heard a faint whimper coming from outside. I went down and opened the door, looked around but didn’t see anything. So, I went back up and continued in the kitchen. After a few moments I heard it again and knew there was something there for sure. This time I dressed properly for the cold weather, and went outside to investigate further.

Under the doorsteps was a little black fur ball, a kitten! Well, I just grabbed him and brought him inside. Right away I saw his left eye was very messed up, almost closed shut and oozing infection fluids. As it was Sunday, the vet was closed, so waited till next morning to take him to for check up. The vet was honest with me and said there was a good chance he would lose the eye, but decided to treat the infection with antibiotics and drops to see what would happen. Slowly, every day his condition improved and in a few weeks the infection healed. 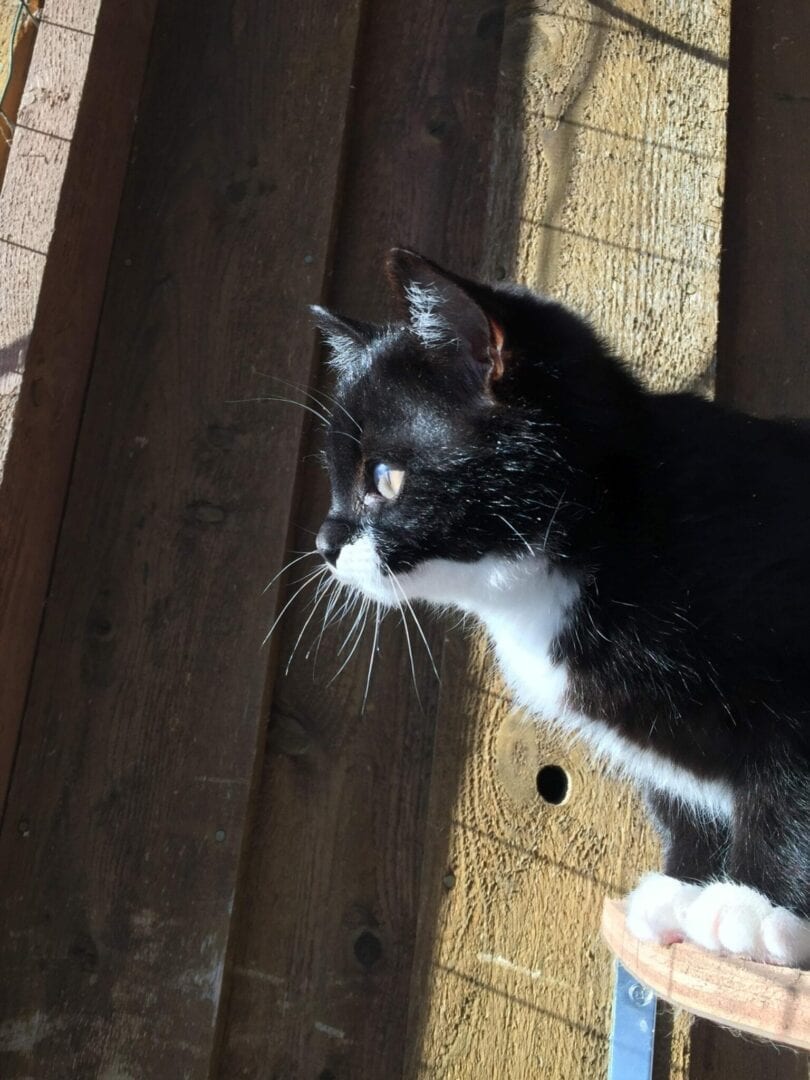 Jack has the greatest personality. Gets along with all my other cats, especially the other tuxie I have. It’s just like they recognise they’re the same color pattern. He produces the loudest purring sound I ever heard from a cat.

His hobbies include playing hide and seek with the others and wrestling with Lolita (the other tuxie). His favorite toy is those plastic springs and he loves to shred pool noodles to pieces. 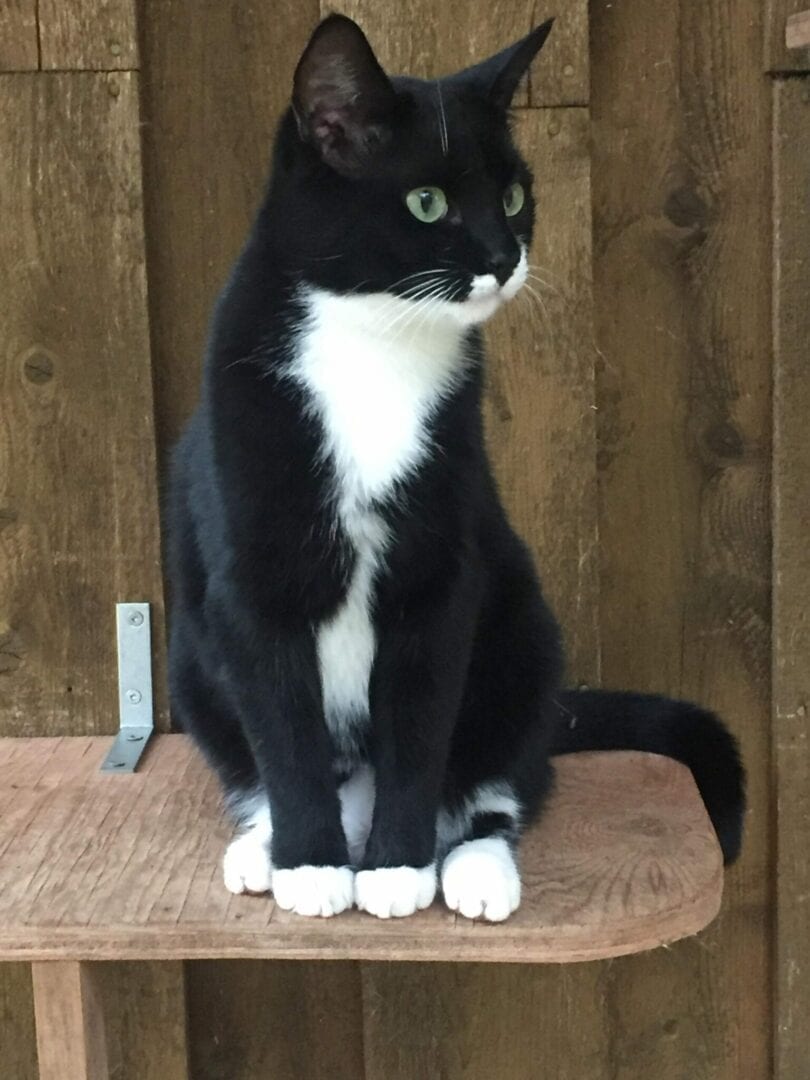 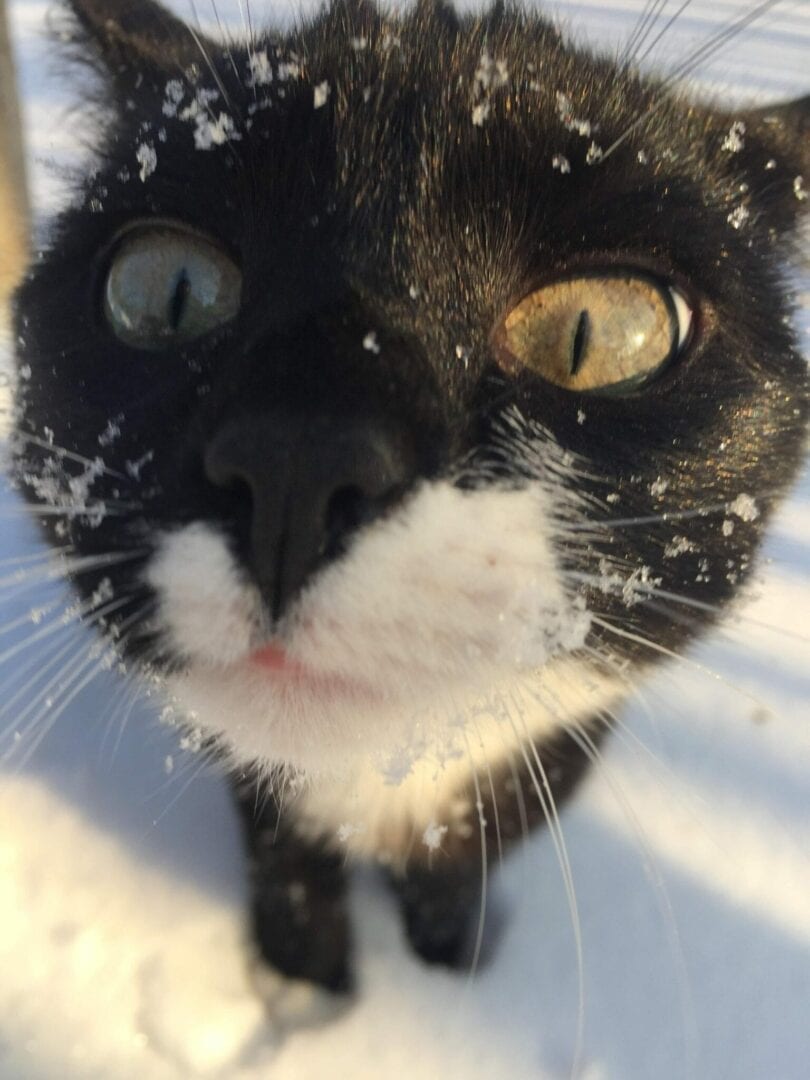 Does Jack have any dog or cat housemates?

Besides him I have 5 other cats, all neighborhood abandoned cats. They’ve all been fixed and all very happy to have a home now. They all get along ,except maybe the females sometimes get in squabbles, lol! They all live in my detached garage with each having a good quality heated pet pad I bought on amazon and a woodstove I set up for them.

I see that Jack loves to explore with you. Where are you guys located and what places to you enjoy exploring together?

We’re located in the Village of Baie Ste-Anne, New Brunswick Canada! A fishing community. Jack and the others like to explore. When I’m not at work, we go out to explore the garden area and the forest behind it. I always escort them on their outings to be safe and they always come back with me to the garage when done. Also, I built a nice catio for them for when I’m away at work. I set it up so they get the sunshine in the morning and the shade in the afternoon.They love it! 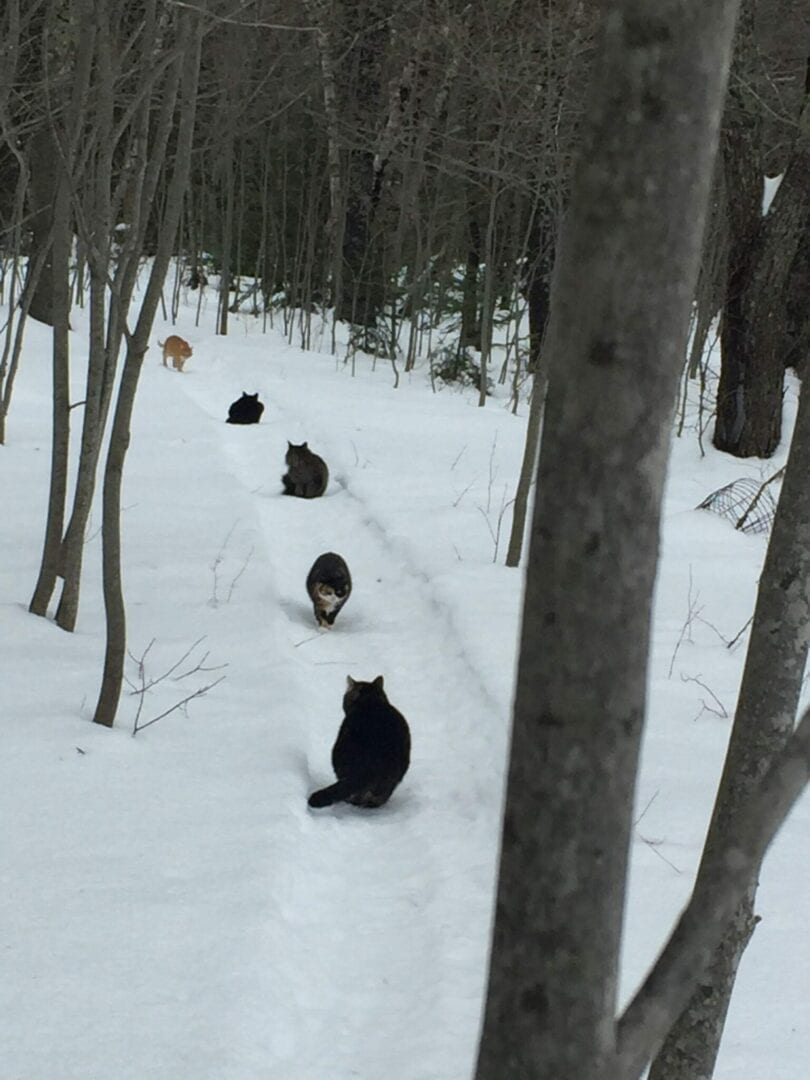 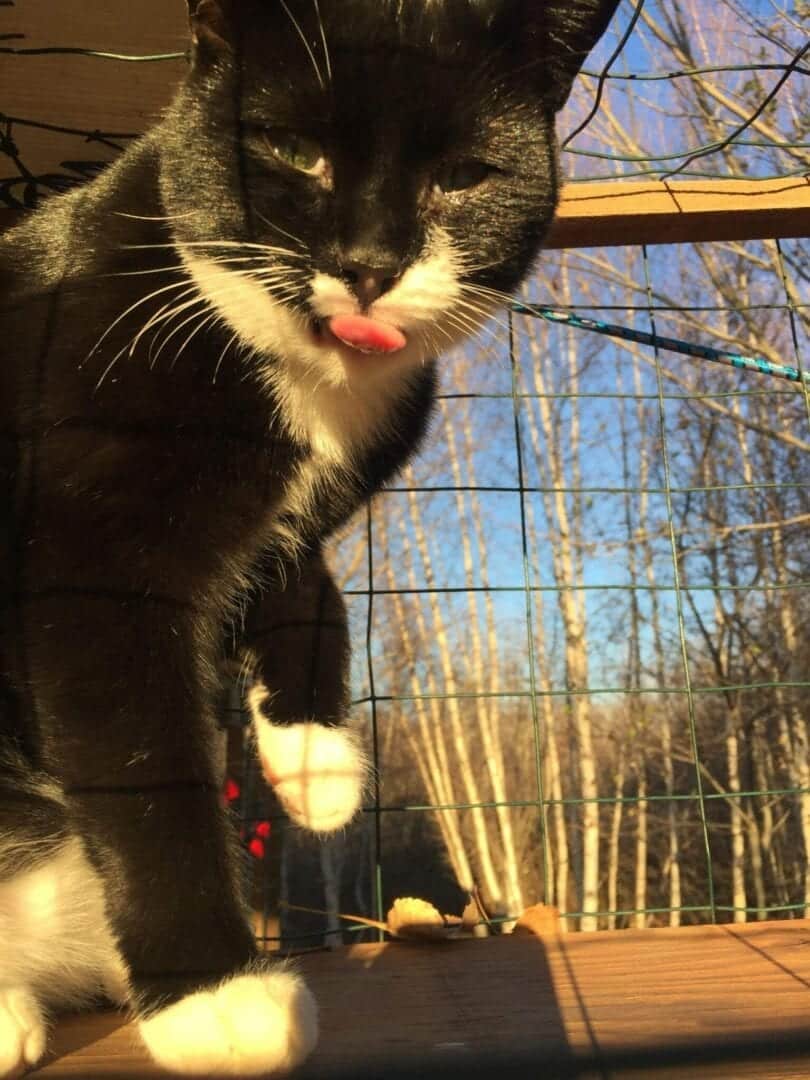 What’s something special you’d like people to know about Jack?

I don’t regret keeping Jack at all. I consider him to be a gift.

I’d like to give a special “thank you” to Jack’s owner for allowing me to share his cat’s story and photos with all of the Cattitude Daily readers. It makes me happy to know that there are people out him who give cats a second chance and spoil them just like they deserve. 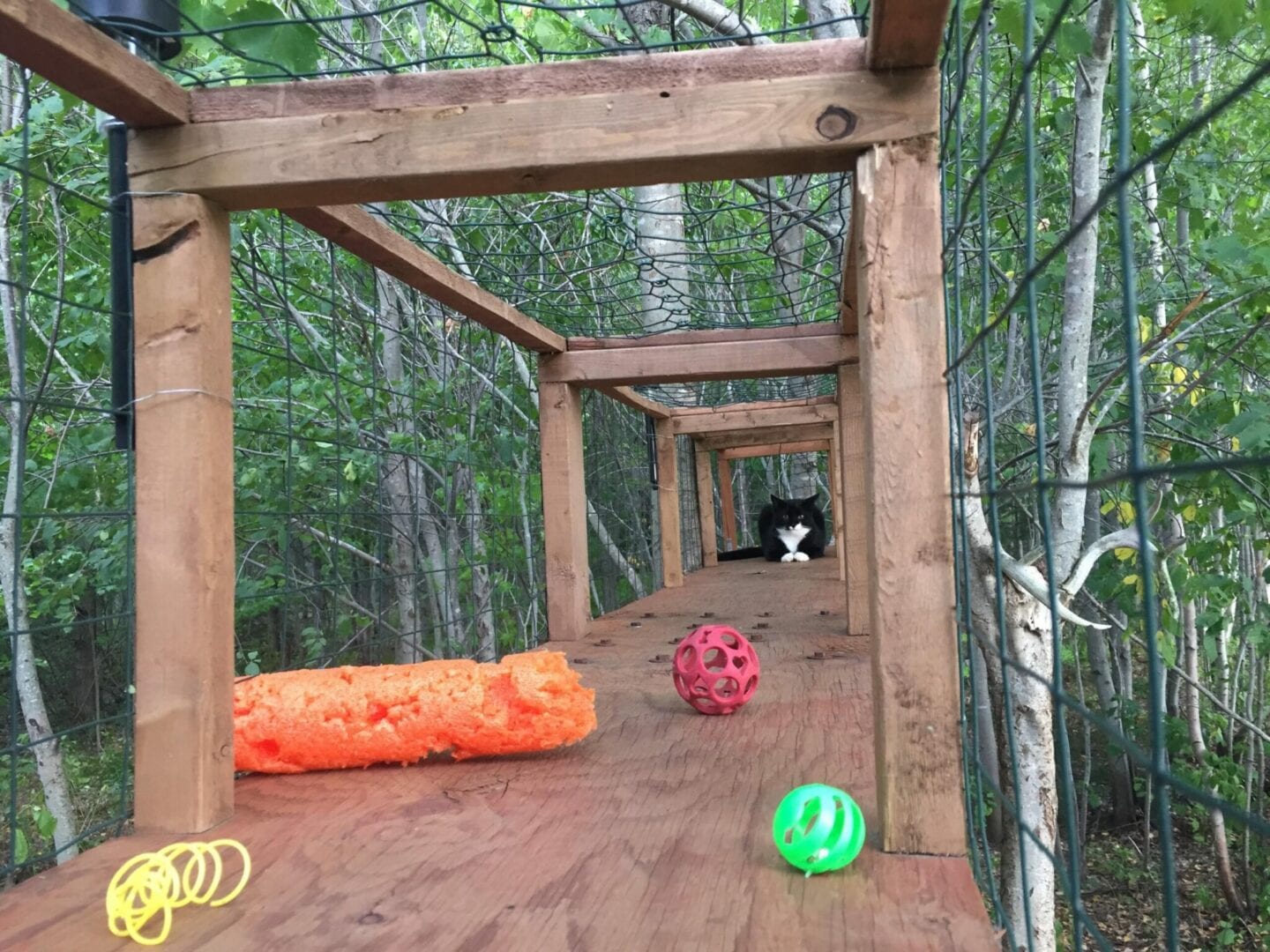 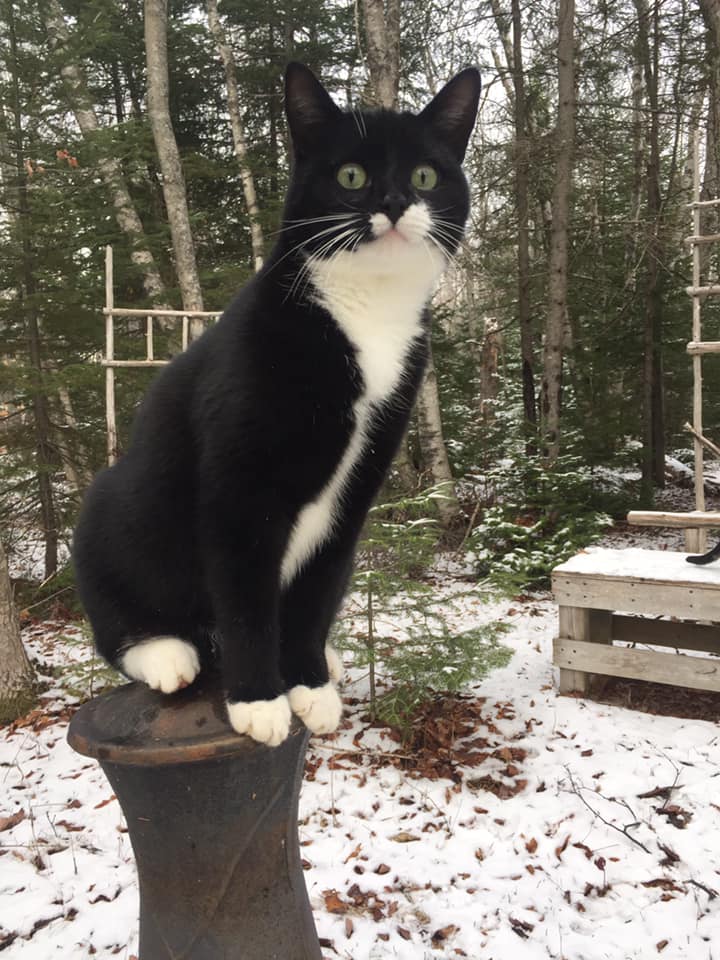 All Images Courtesy of Charles Savoie

Do Cats Recognize Their Names?

Rescue Kitten Named Houdini Escapes From Inside A Wall