More US Cities Are Stepping Up To Ban Declawing Cats

When it comes to cats, they desperately need their claws. And although some cats might feel the need to literally make their mark on your furniture, this is never reason enough to rid them of their precious claws. In nearly two dozen countries in Europe, declawing has been banned for years. The declawing of cats is also banned in Brazil, Australia, New Zealand, and even Israel.

It seems that more lawmakers are considering the well-being of our feline friends, as more laws across the United States are being implemented to protect them.

Just yesterday, the Pittsburgh City Council has advanced proposals to make the declawing of a cat illegal. They’ve rightfully dubbed the procedure as “cruel and inhumane” and veterinarians supporting the bill have declared that declawing a cat increases their propensity to bite.

And the good people of Pittsburgh aren’t the only ones making the news for the better treatment of our feline friends. Lawmakers in Austin, Texas banned declawing in March of 2021, and the state of New York instated a statewide ban on declawing in 2019. According to the Humane Society of the United States, Los Angeles, San Francisco, Denver, and St. Louis have also passed similar laws in recent years.

It’s been reported that cats which are declawed are much more likely to develop behavioral issues as a result. Which unfortunately sends many of those cats without claws to shelters when they’re surrendered for naughty kitty behavior. 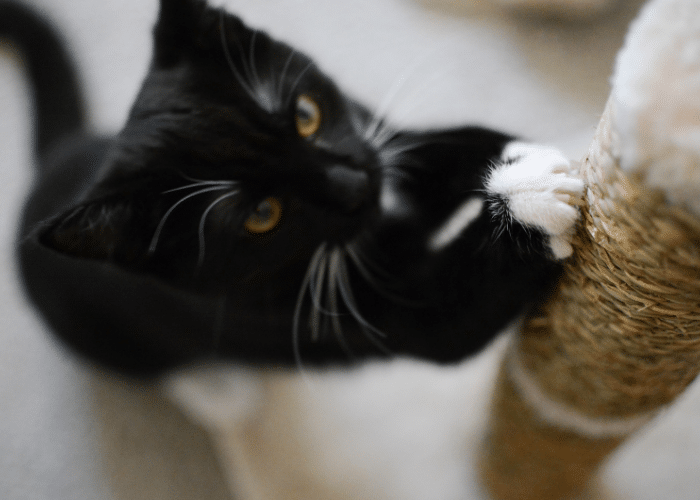 According to CBS News in Pittsburgh, the legislation was introduced by City Councilman Bobby Wilson, and he declared that,

“The City of Pittsburgh should set an example as a humane city, both in southwest Pennsylvania and across the Commonwealth of Pennsylvania. How we treat animals speaks to our deepest values. Declawing a cat does not just mean removing its nails. If this happened to a human, it would be like cutting off each finger and toe at the last knuckle.”’

If passed, this would make Pittsburgh the first government in the state of Pennsylvania to put a much-needed ban on declawing.

If you’re an advocate against the declawing of cats, then this article on Five Reasons Why You Should Never Declaw Your Cat is right up your alley. Feel free to share it on social media so others can know the importance of letting kitty keep their claws.