Milly, Molly, & Milo Are Rescue Cats That Prove ‘Who Rescued Who’

In England, there lives a trio of cute rescue cats with even cuter names. Milo was the first to enter the household, and not long after, his adoring human realized that her playful cat could certainly use a friend. But, as you know with cats, it’s hard to get just one when you meet siblings at the shelter. And, as they say, the rest is history!

I caught up with Milly, Molly, and Milo’s owner to see if I could feature these purrfectly adorable and photogenic cats on the site, and thankfully she agreed. So, everyone meet these three cute cats you’ll be sure to love…and chances are, you’ll share her sentiments in knowing that sometimes in life, it’s the cat we rescue that rescues us. 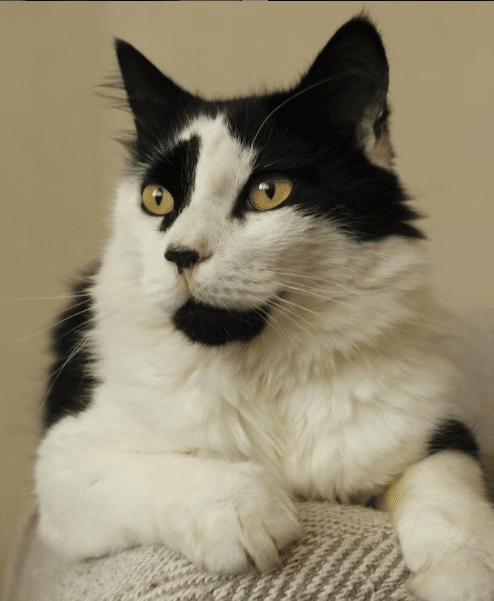 How did Milly, Molly, and Milo come into your life?

We got Milo first. At the time I was struggling with mental health, and we got a call from someone locally saying they were trying to find a home for a cat, urgently. I was asked to go and see him/his living circumstances and if we were ready (having recently lost both of my cats), would he be a cat we could bring into our home. The moment I saw him I knew we could give him his forever home. He was extremely anxious and nervous, so I let him smell me and know he was safe. He eventually gave me a look and I knew then, he would be happy with us. I always say he came into our life exactly when we needed him. 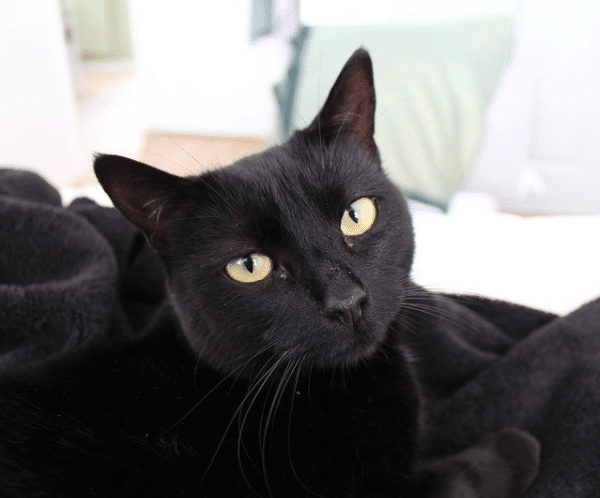 Two months later Milly & Molly, sisters, came into our life as quickly and unexpectedly as Milo. Driving past an RSPCA shelter, my mother and I decided to go in. We were introduced to these beautiful sisters and instantly fell in love. We knew they would be a perfect match to keep Milo company, as by this point we were realising he was such a playful, adventurous cat who would enjoy the company of other cats. After speaking to the team & having the necessary checks, we were given the opportunity to take them home there and then. A quick dash to the nearest pet store, and with supplies best suited, we came away with them that very day. 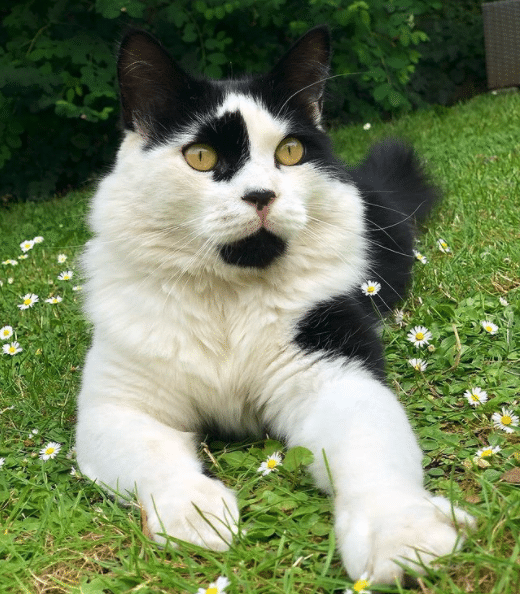 How did Milly, Molly, and Milo get their names?

Milo, 2, was previously named so we kept his. Milly & Molly, 6 months, were formally called Pickle and Lily, but because they were so young we took the opportunity to give them a fresh start and new names. At the time we had a Dog called Monty and to keep with the M theme, Milly Molly Milo had a nice ring to it. All of them also have nicknames. Milo: Mr Floof, MiLove & Toots | Milly: Mildred & Child (she had a lot of Cattitude) | Molly: Squiggy, Squigs, Squiglet (she curls her tail, which looks like a squiggle). Monty is no longer with us. 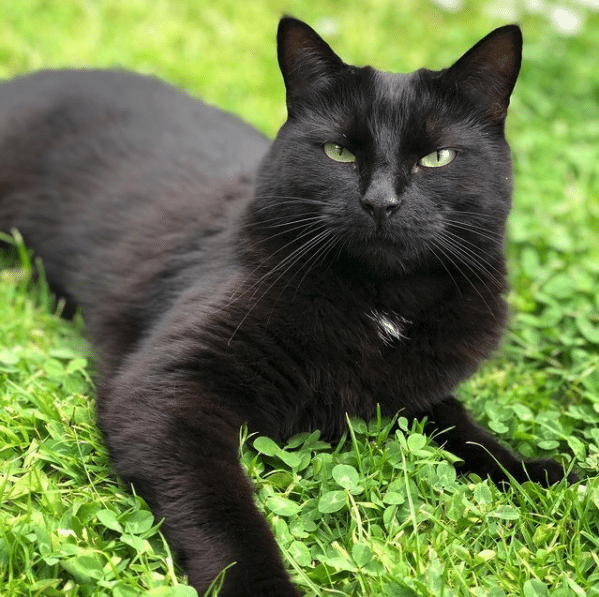 They all have very strong individual personalities, at all ends of the spectrum. Milo: is a very curious cat, he loves exploring new food, smells (he LOVES smelling flowers), and places (which sometimes gets him stuck or in trouble, as he often goes into neighbours homes). He’s playful, loving, and very clever. He knows how to open doors, cupboards, drawers.. even kitchen kickboards, and often opens them during the night (especially after being told off). He has a naughtier side to him too when he wants to play – surprise attacks, taking things he shouldn’t and then his favourite – play killing my arm after a nice cuddle. Molly: is an extremely sweet-natured cat, she never bites or scratches. She loves to play and assumes every toy in the house is hers, even when the others are playing with them. She’s also the most nervous out of the 3, often requiring lots of cuddles and reassurance. She’s a very loving cat who loves being stroked and cuddled – even sleeping fully wrapped around my arm/ hand. The true baby of the house. 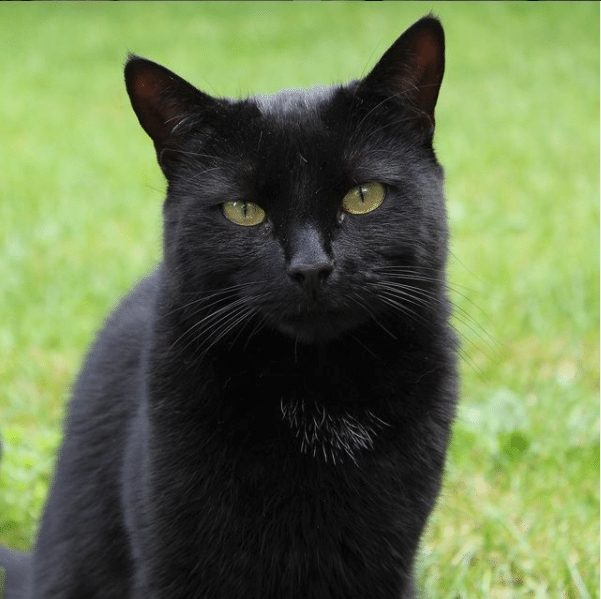 Milly: is quite the opposite to her sister, she’s certainly got lots of Cattitude. She doesn’t like to play much especially not with other cats, and prefers being on the human bed upstairs, where she is sweet and loving. However, in the rest of the house, she certainly runs the roost. She insists on special treatment, being fed in a different area of the house, and being ‘superior’ to the other two. She’s also quite the trouble maker, especially outdoors where she will sit on neighbours conservatories & sheds, wind their animals up, run and dive in front of us, and last but not least, sit in the middle of the driveway when you are reversing.

Milo loves exploring & smelling flowers. He loves food and likes sitting with me whilst I use the kitchen, he has his own little spot to observe. Finally, he loves to bring in live (& unharmed) mice/ birds into his lidded litter tray, to watch like a tv. Molly loves playing with toys and sticks, anything that contains catnip in-particularly. She is partial to watching regular tv: cartoons and bird videos. And she loves hunting bugs and other visitors to our garden. Milly, too superior to have common cat hobbies, enjoys sleeping on my bed and judging the common folk and their pets out the window. Occasionally she’ll entertain herself by playing with string, but only in the privacy of the humans’ room. 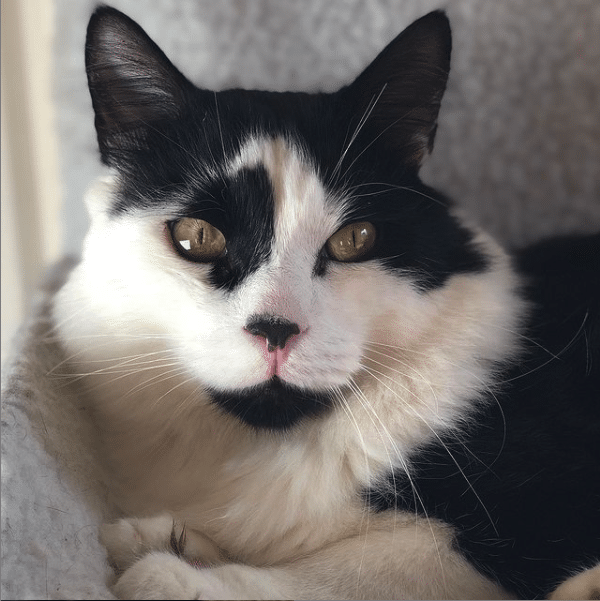 What’s something special you’d like people to know about Milly, Molly, and Milo?

They all have the most beautiful strong and unique characters, however, they all share a very strong empathetic trait. They are all so caring and sensitive to how I, the owner, am feeling – be that sadness, anxiety, or joy. I have a condition that affects the sensations in my arms and all 3 seem to be in tune with that. They hug, hold and sleep with my arms, especially on the days I am struggling. They’ve really become such a support for my mental health too, especially during the hardship of  Covid-19. I’m excited for people to see their personalities come to life through our Instagram account and continue sharing on this journey.

I’d like to give a special “thank you” to Milly, Molly, and Milo’s owner for allowing me to share their story and cute pics with all of the Cattitude Daily readers. For more on this cute trio of kitty cats, check them out on Instagram here.

Meet Ginger Tom: A Cheeky Kitty Who Is Always Ready To Pose